For the past few weeks I've been doing a lot of WW2 painting, but a little something (turned into a slightly big something) arrived in the mail from China and I had to have a crack at building it straight away - so this is my last hurrah for 2015. 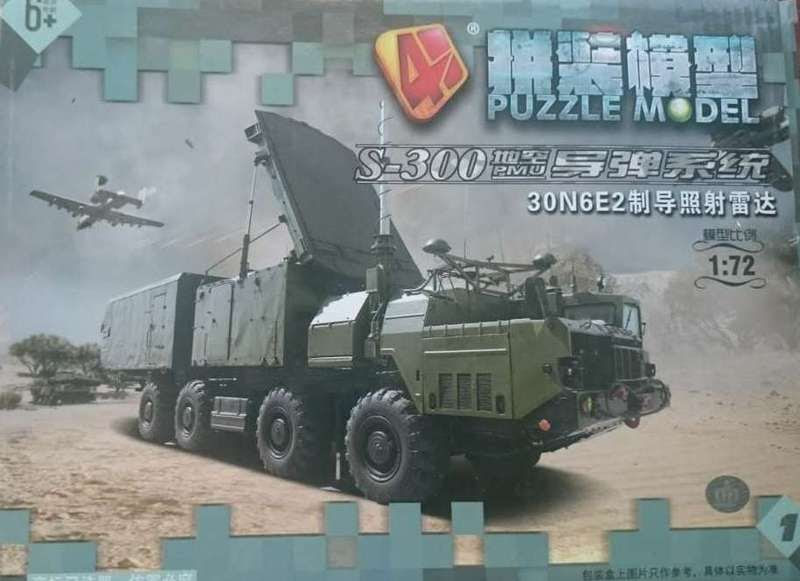 for a very reasonable price ($10USD with free postage), so I thought why not.  I was a bit dubious as to what it would be like when it arrived.  Would it be like some kind of 3D typical puzzle - with puzzle peices?  A couple of weeks later it arrived and my concerns were erased.  I took a pic of what came to show you if you have the same concerns that I had: 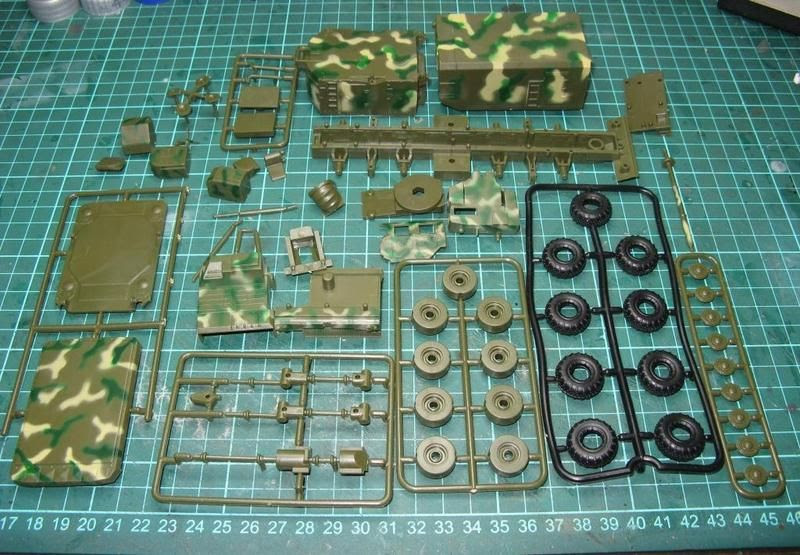 I had ordered the green one - and this is how it comes.  Pretty normal fast build kit.  Not exactly fitting in with the rest of my Soviet stuff so I decided to respray it - clever chap that I am: 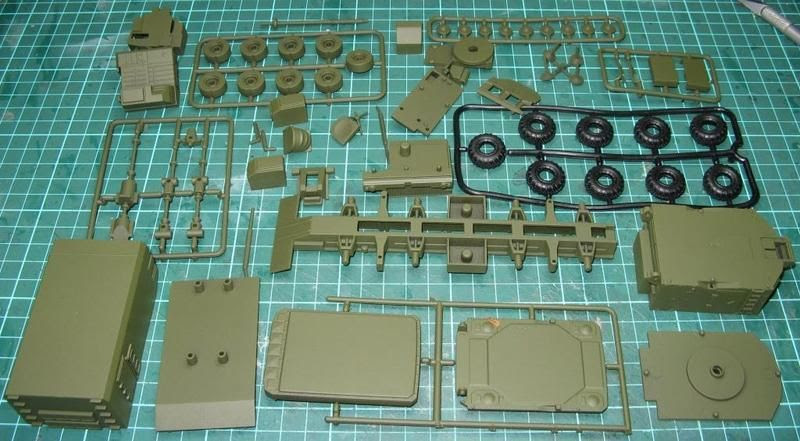 After congratulating myself on how clever I am - I started building it...  (You can probably see where this is heading...)  Not half as clever as I thought afterall.  This kit is big and chunky and perfect for wargaming.  I guess it is designed not to need glue so everything is a snug fit.  Add two thin layers of spray and suddenly it doesn't fit anymore!

So instead of going together in 5 minutes like it was designed to - mine took a little longer: 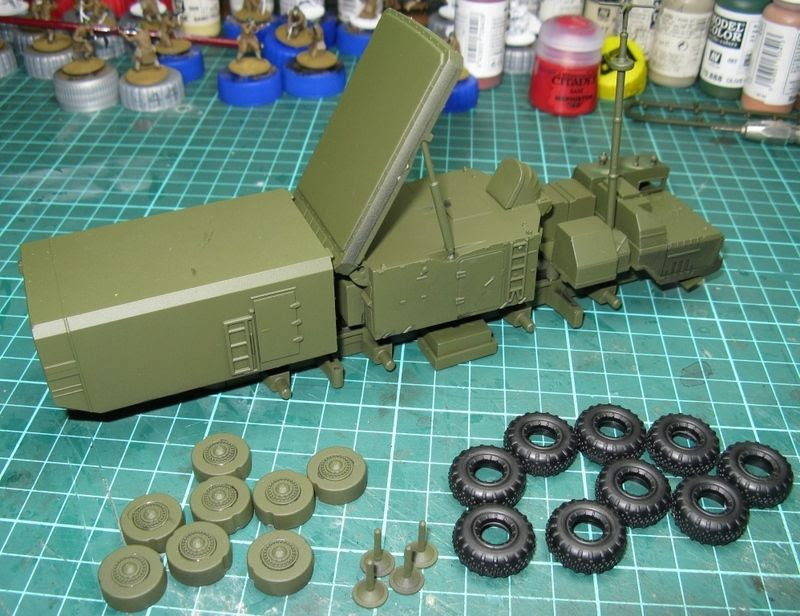 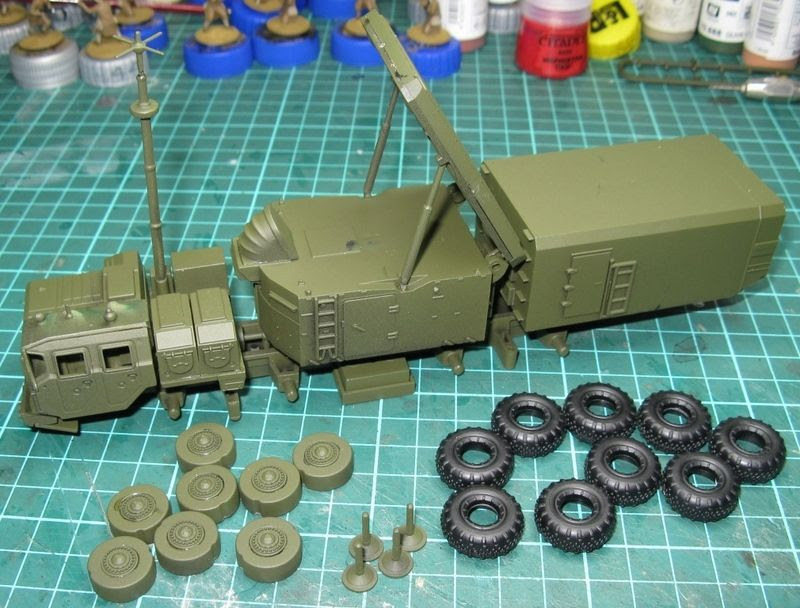 Mostly built and ready for black lining.  You can also see the bits I missed when spraying.  Another job well done! 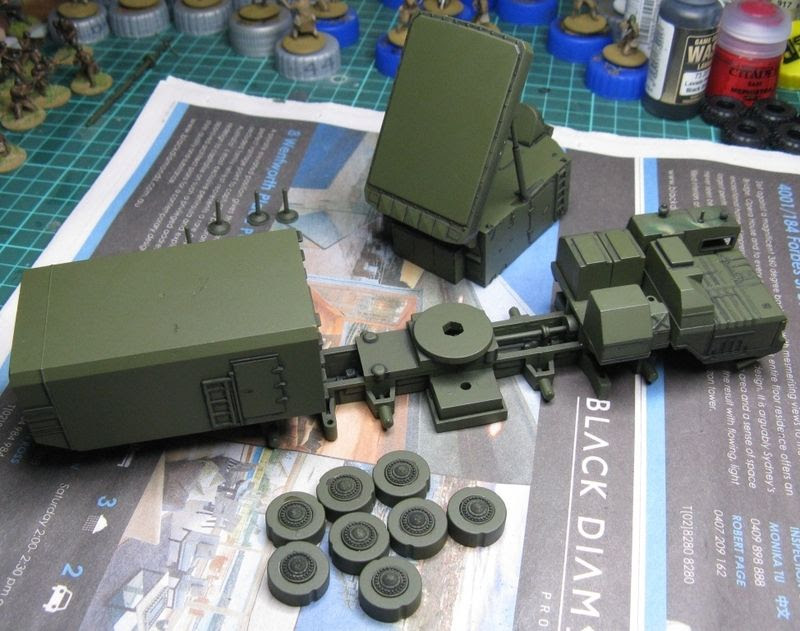 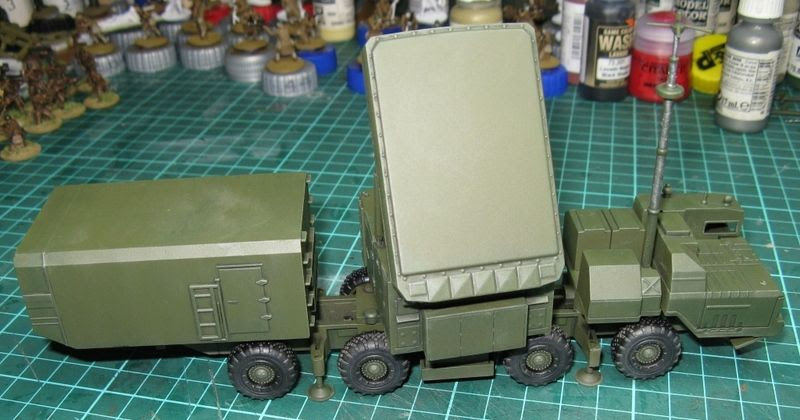 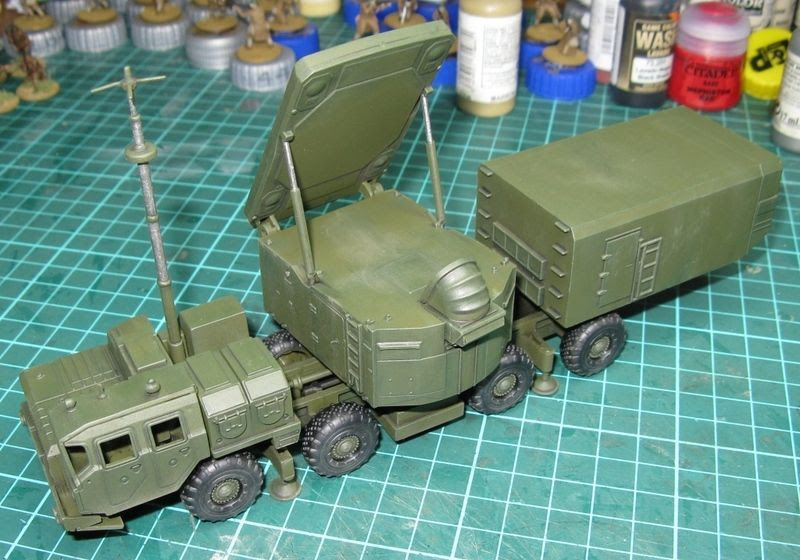 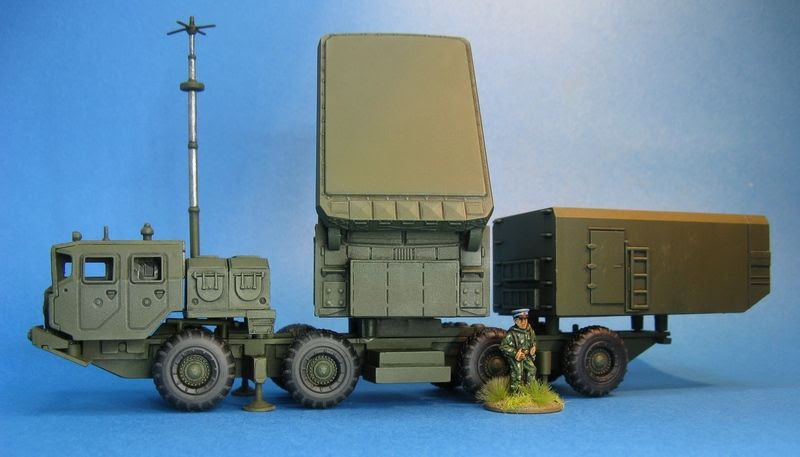 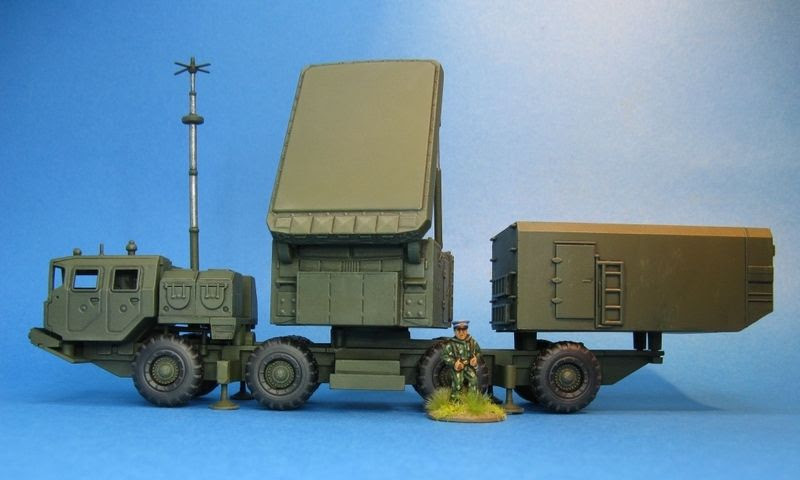 Finished - with a Liberation Miniatures Soviet officer for scale.  Now some beauty shots: 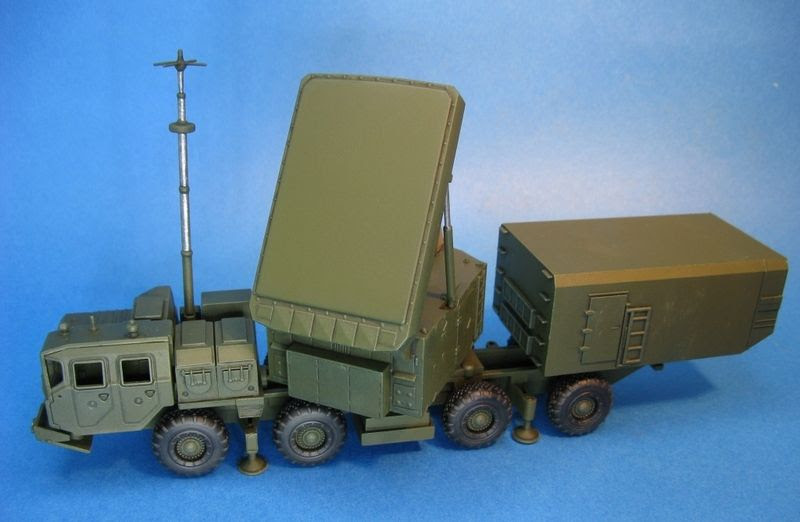 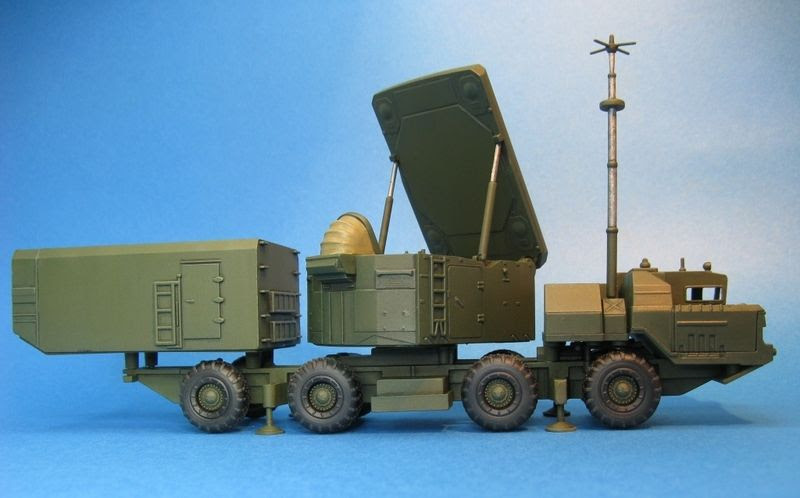 So - that's it.  Obviously I love it and have now ordered the Missile TEL and I have a great idea for a little solo game coming up soon (once the TEL arrives, is made and painted)

It may or may not be a knock-off - I honestly have no idea - but it took little effort to put together, painted up rather nicely and is an excellent wargamer's model.  If you want a proper kit, I think PST make one just like this.

Here is an ebay link to a grey Radar TEL from the same ebay seller I bought the green TEL from.

Thanks for your support and input and I hope we all have a great 2016.