A question of sorts...

Hi everyone.  Sorry for my lack of posts but I've been quite sick recently and when I was able to get out of my sick bed and do something fun (in a quiet and constrained kind of way of course) I fiddled around with a bit of WW2 stuff for a change.

Now I'm starting to feel slightly human again (although to be honest right now it's ever so slightly) I thought I'd ask you all a question.

I'm sure I've read (or saw) somewhere that during the Cold War, a significant amount of West German civilian infrastructure (and in this case I mean things like trucking and other land vehicles) would have been taken up into service.  Pretty much every truck had a military role pre-assigned to it.  I assume that it would be the same in many of the smaller NATO members (read Denmark), even down to some "Home Guard" units using pressed civilian vehicles as their transport vehicles.

Over time, I've bought quite a few Oxford diecast vehicles, mainly for dressing the table with suitable 1980's era vehicles you might find in North West Europe.  But some of these will also make great rides for my newly finished Danish Home Guard.  Here's some examples: 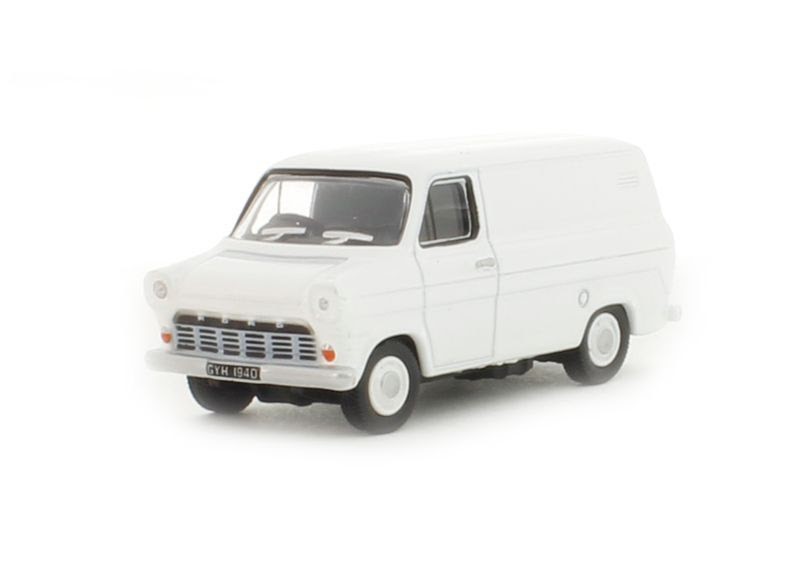 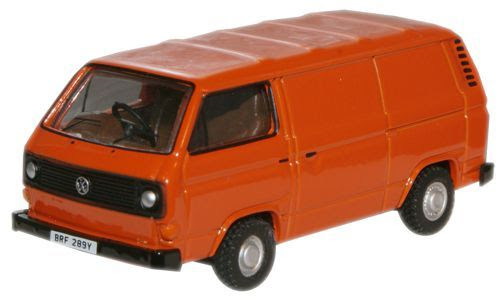 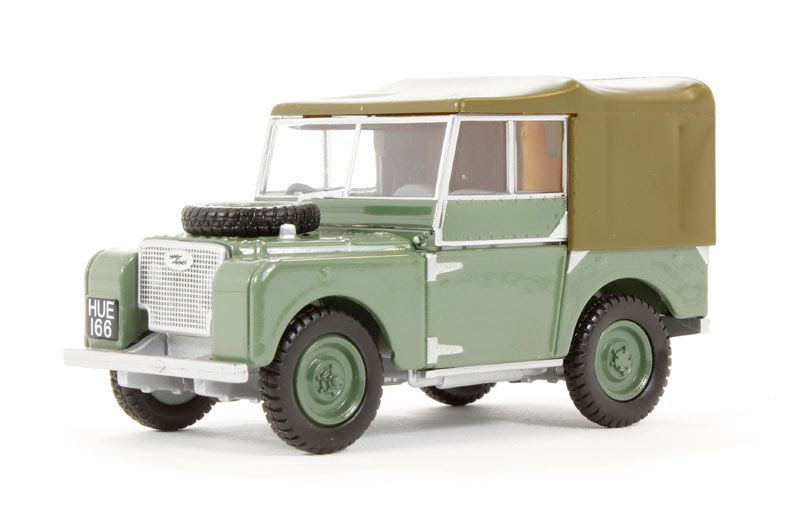 I'm torn.  Part of me thinks they'd do something to make them more military and less obvious for detection.  Assuming that a Soviet Hind pilot is likely to light up anything he sees moving in a NATO area.  But I also think you could go with the whole hiding in plain sight option.  Park one of these in a garage or in the street outside a house, and it just looks like another abandoned vehicle.  Travelling together it might look like just another group of refugees moving around behind the combat area...

The other point for not re-painting, camming up etc is that in games where they are not being used as home guard vehicles, they can be used a standard street furniture.

So what do you think?

I've just been having a look in the recently added pics in S&S Models Photo Gallery and found something that 20mm Cold War Polish wargamers might appreciate - a couple of SKOT-2A variants!

First up the standard APC

And a command variant:

I'm guessing that at some time in the future I may be ending up with a few of these....

Richard
Posted by RichardC at 2:35 PM No comments:

Next on the list for completion in 2017 is my Polish Motor Rifle Platoon.  It's a simple plan really - get enough troops (to begin with ☺) for a full strength platoon, and some support systems. Liberation Miniatures (RH Models) are the only real option in 20mm and it looks like they are starting to expand their Cold War NATO and WARPAC figures - which is great news.

I won't post up a full painting tutorial/guide today (as I left my notes at home) but that will come soon enough.  I found almost everything I needed to know about the Polish uniform at Camopedia which lead me to want the uniforms to look a bit like this: 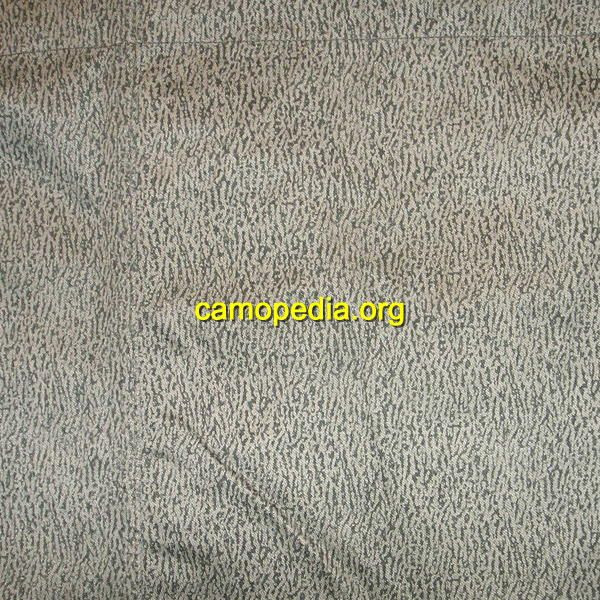 The camo pattern was called "worm" and was used from 1968 until the end of the 1980's.  Osprey's Warsaw Pact Ground Forces book has a good drawing of a Polish Motor Rifle infantry man - which shows how the camo uniform looks when worn:

I decided that in 20mm I did not need to paint the wormy dots!  So this is how the Platoon Commander and 2IC turned out: 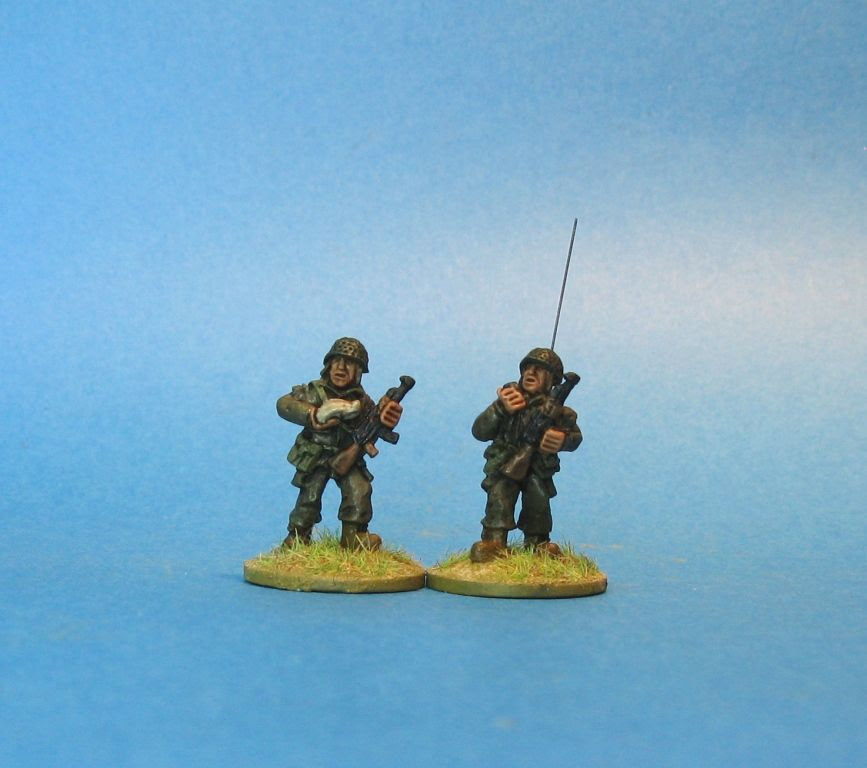 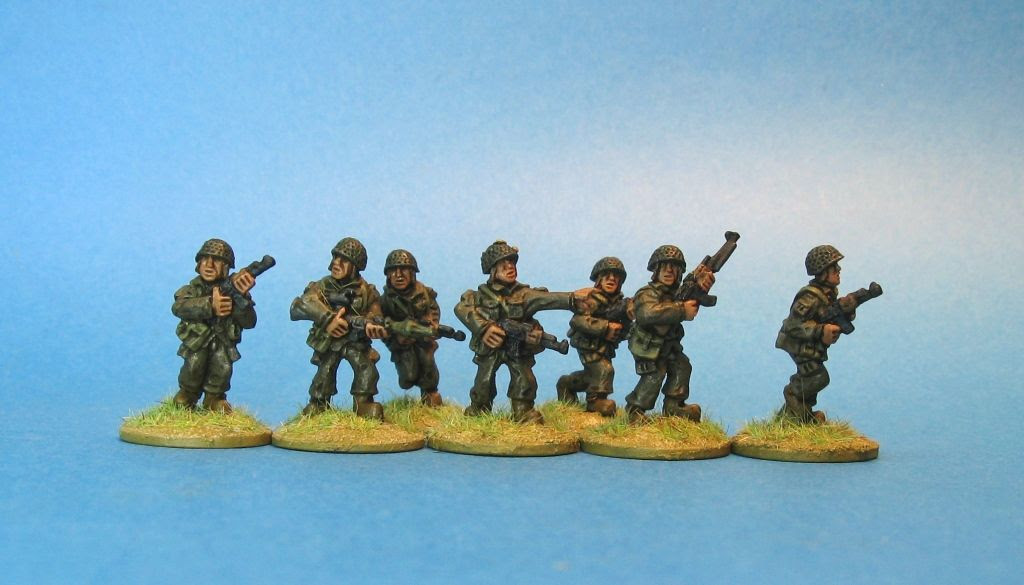 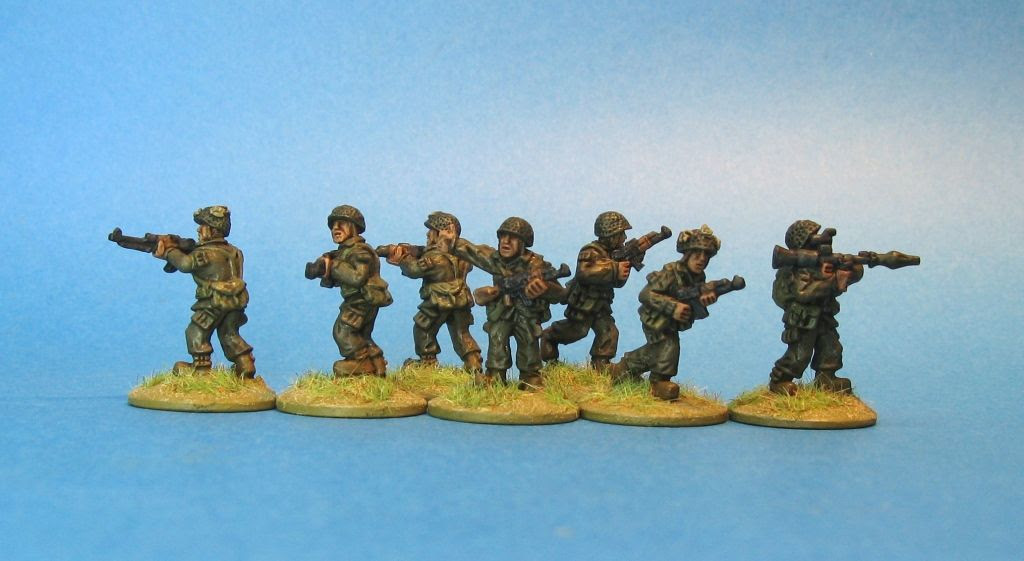 Each squad has a NCO, RPK gunner, RPG gunner and 4 riflemen.  Squad 3 has one of the riflemen replaced with a designated marksmen with a SVD sniper rifle. 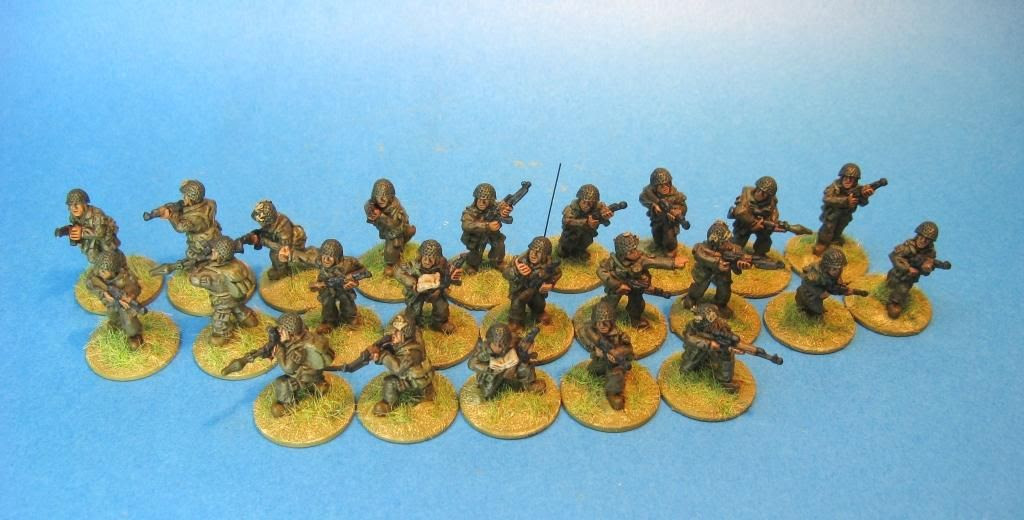 I have about 3 more figures to paint to finish off the FO team, PKM team and SAM team.

Some news from Revell 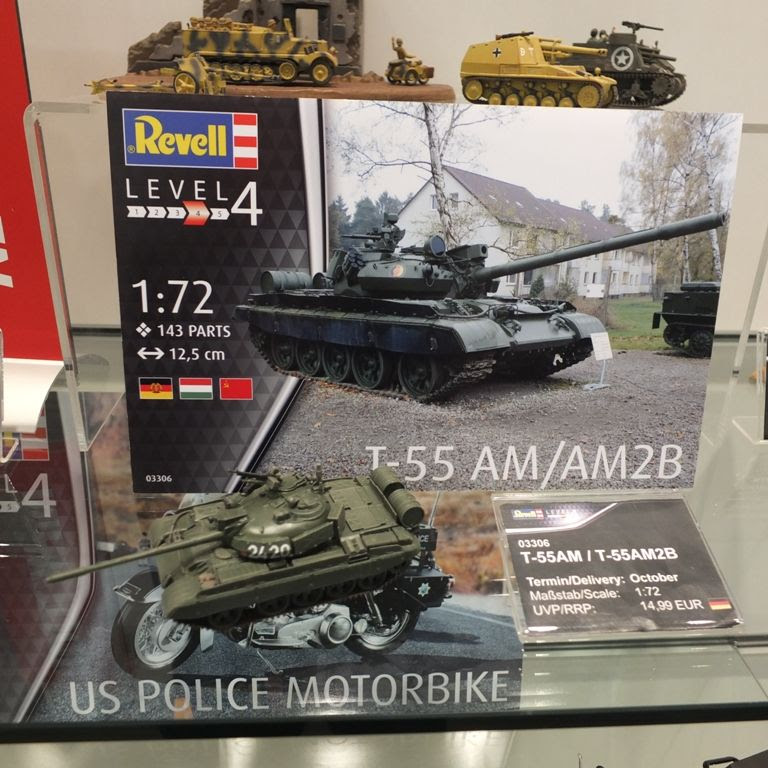 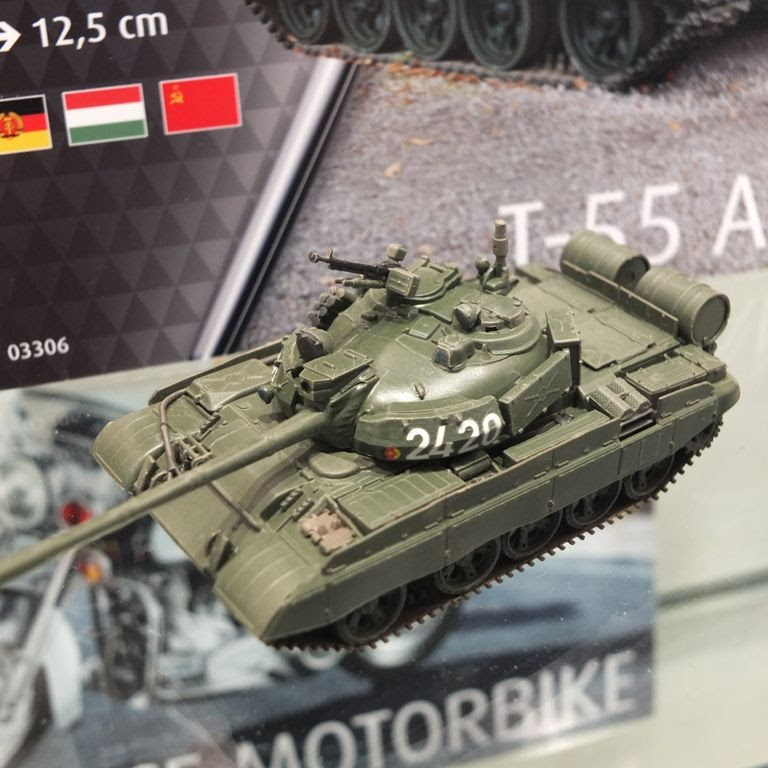 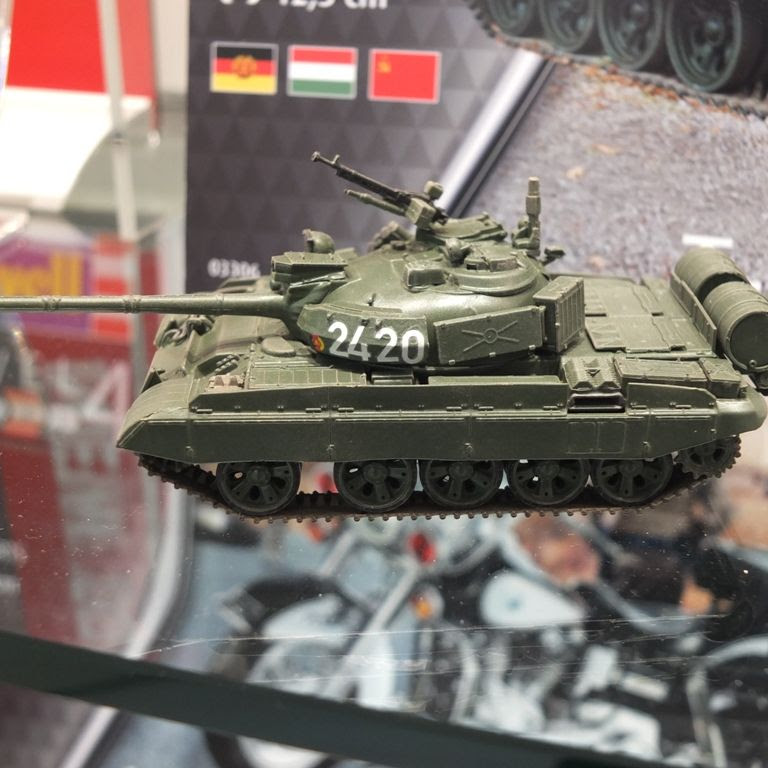 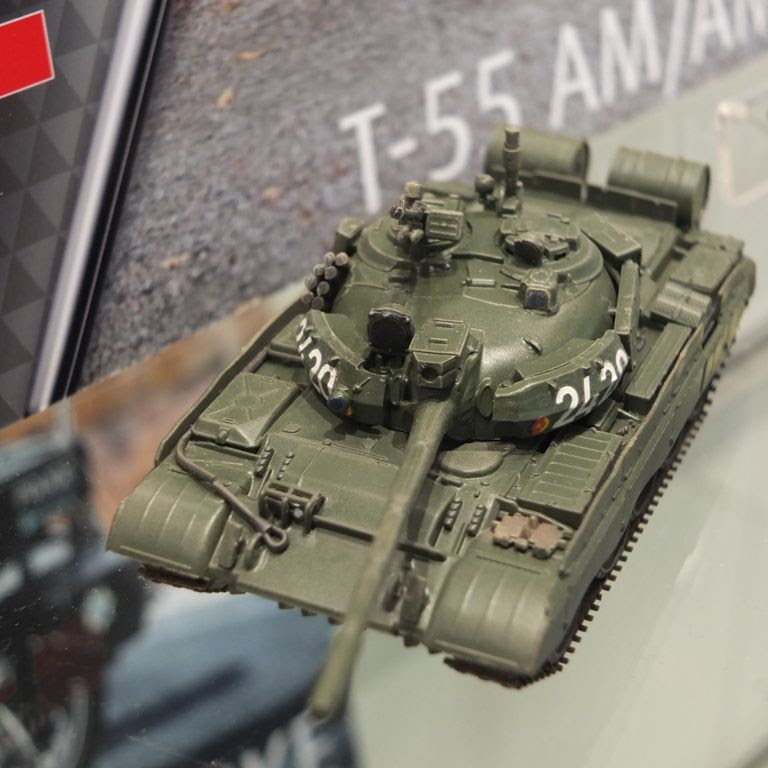 I hope these photos work!