I've recently finished a few more Marder 1A3s for a friend and this time I managed to take some photos before they were delivered.  Let's get straight into it then: 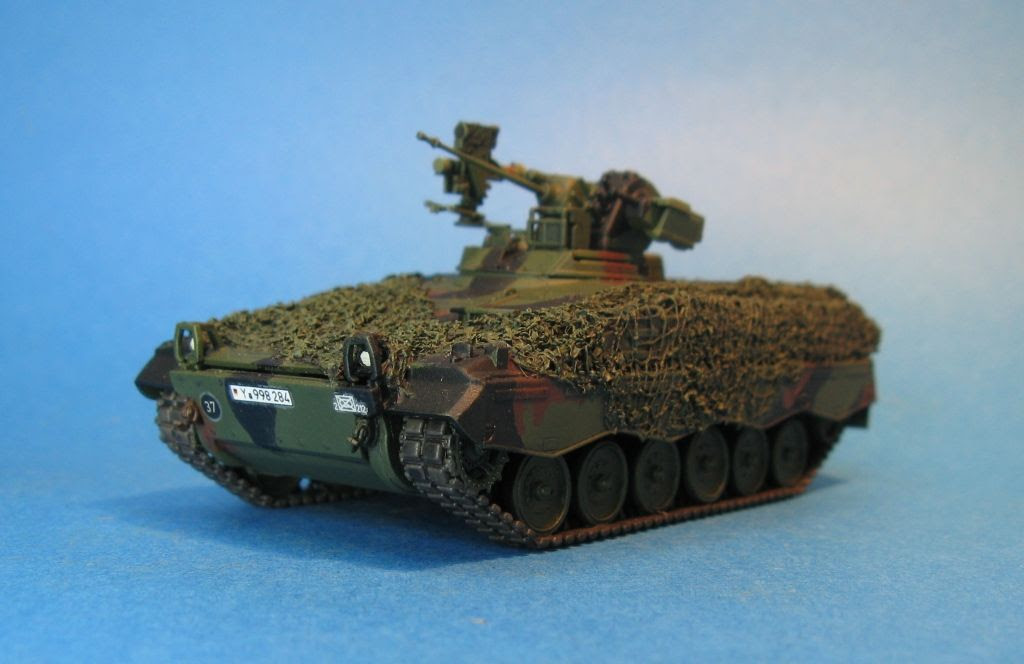 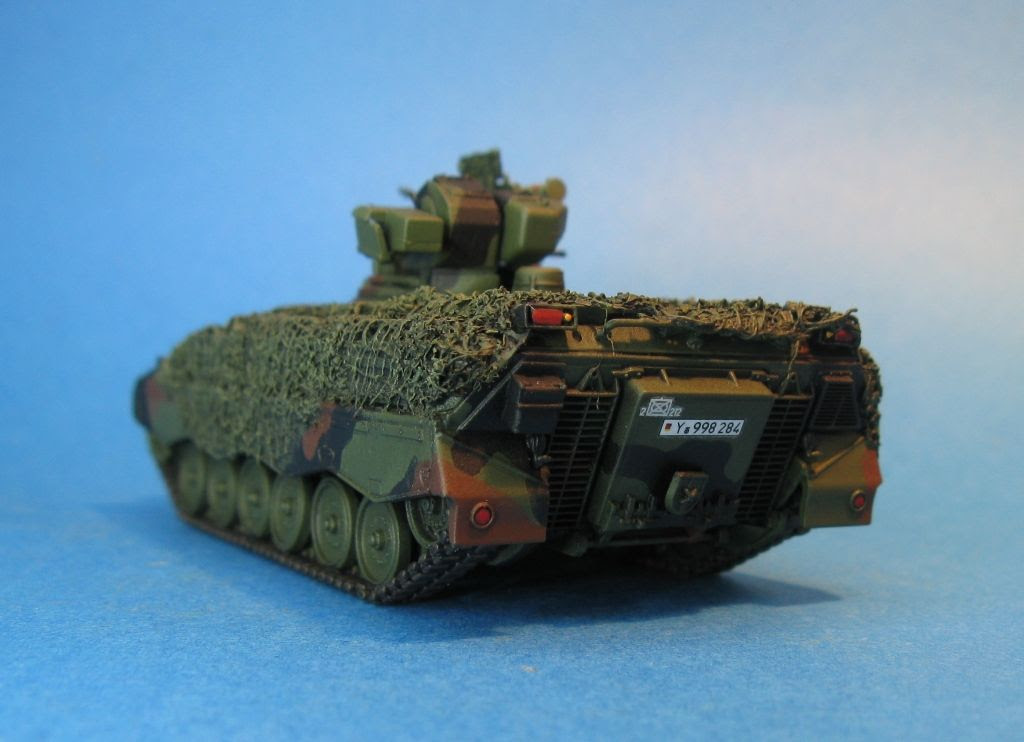 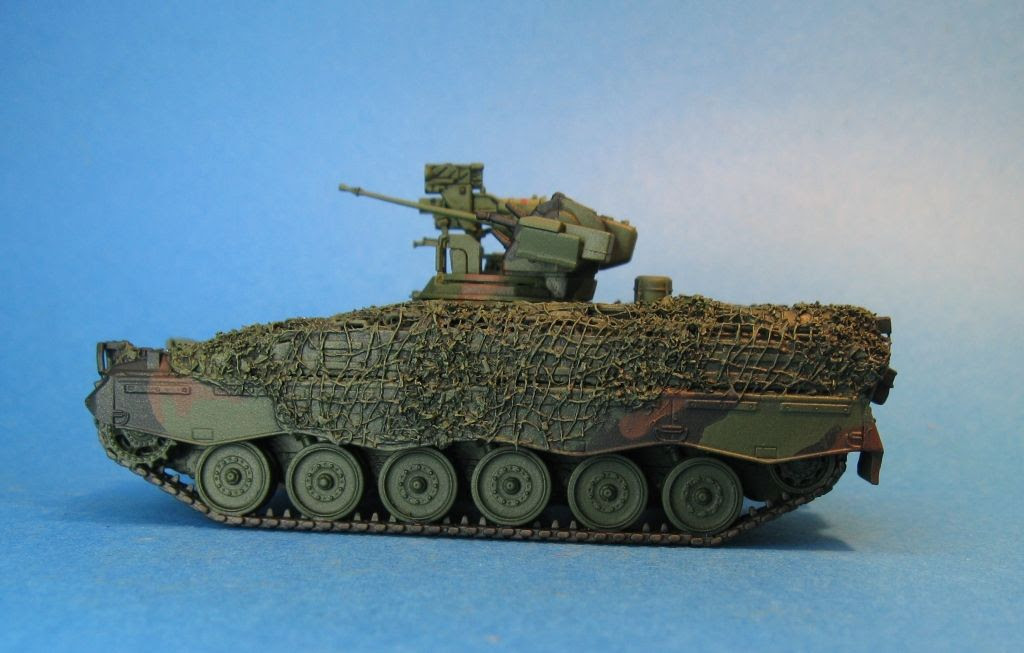 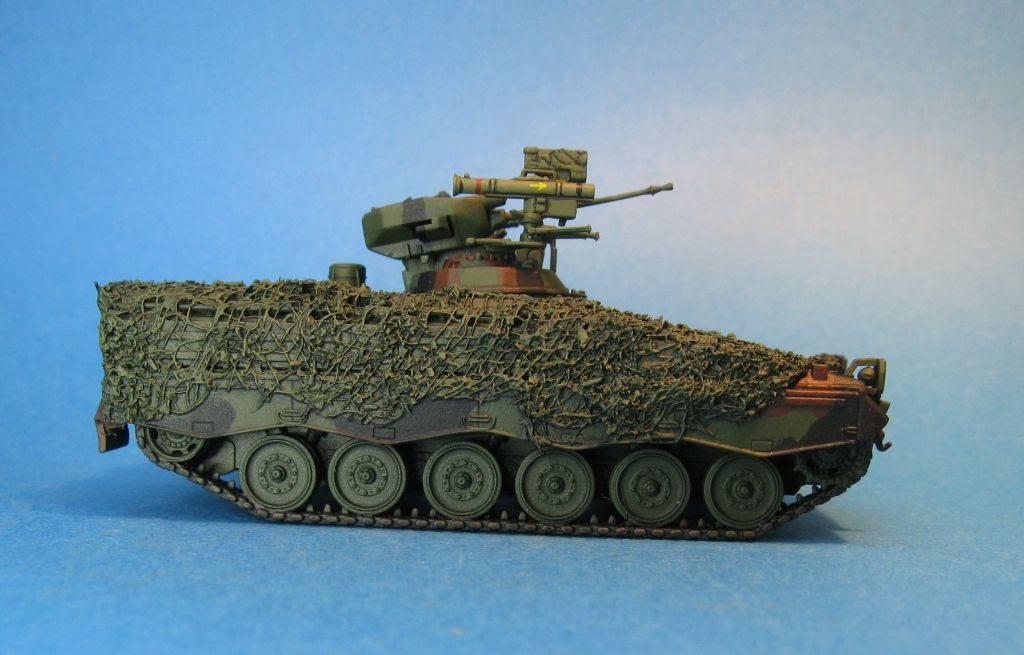 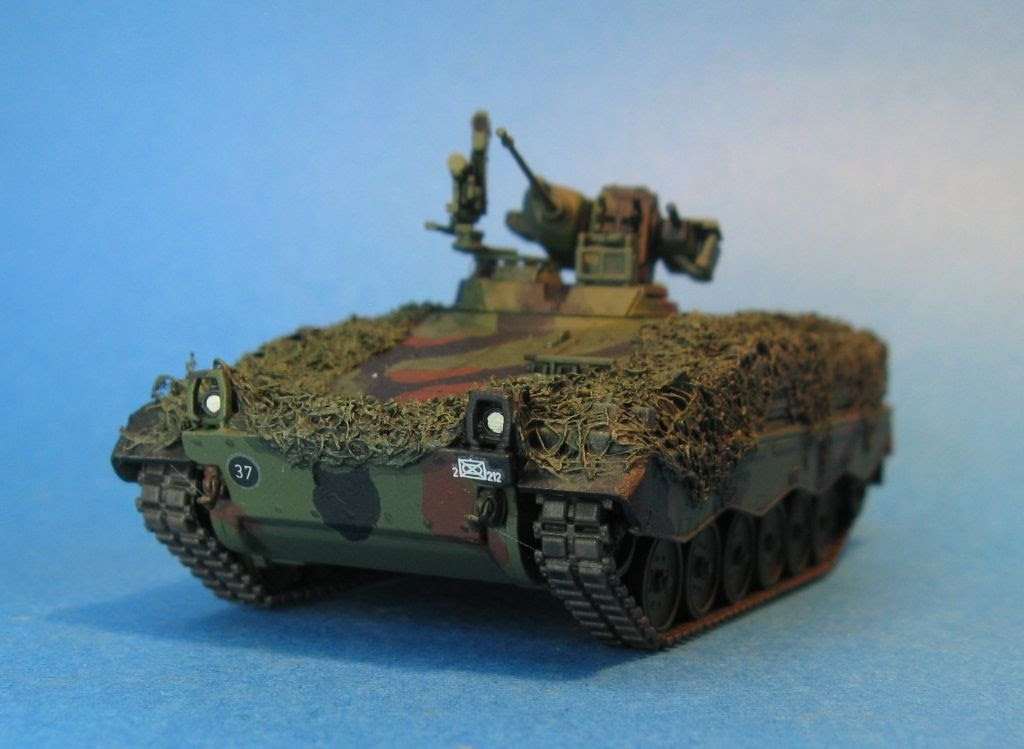 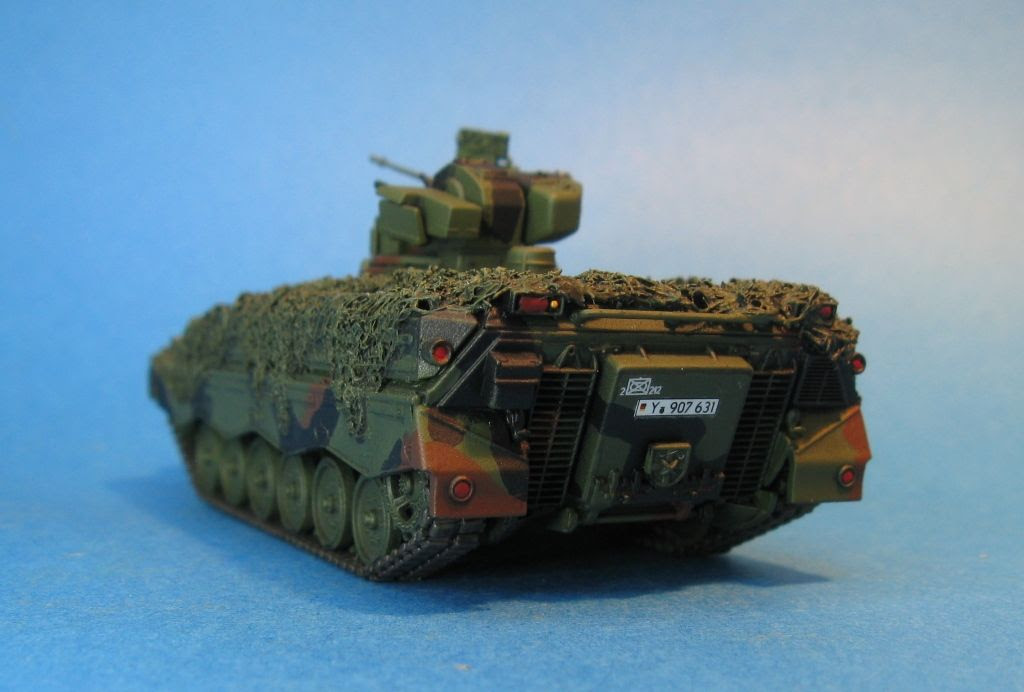 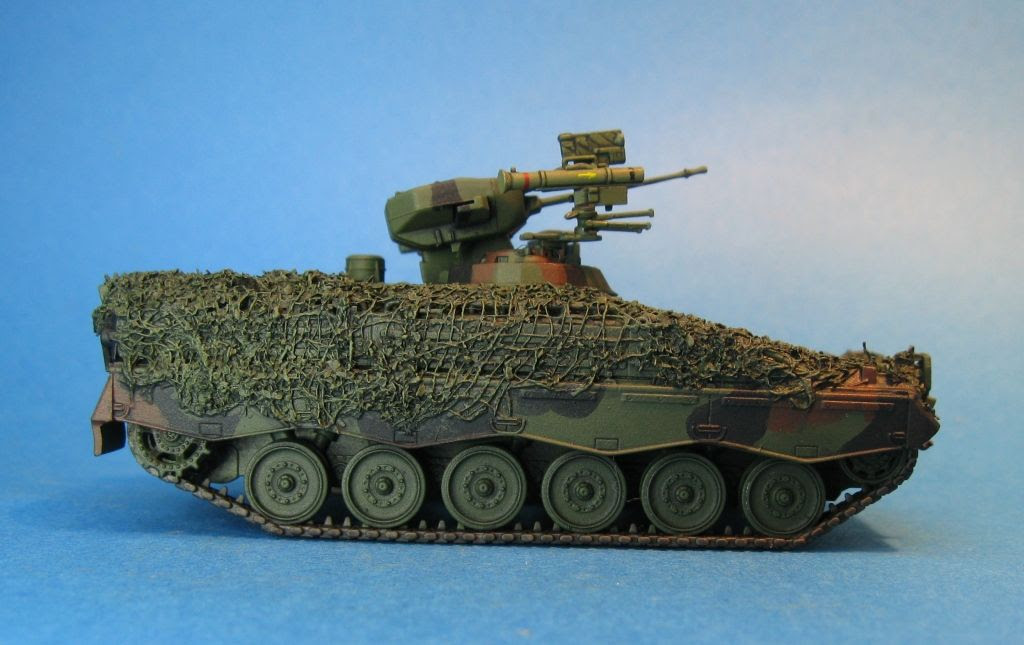 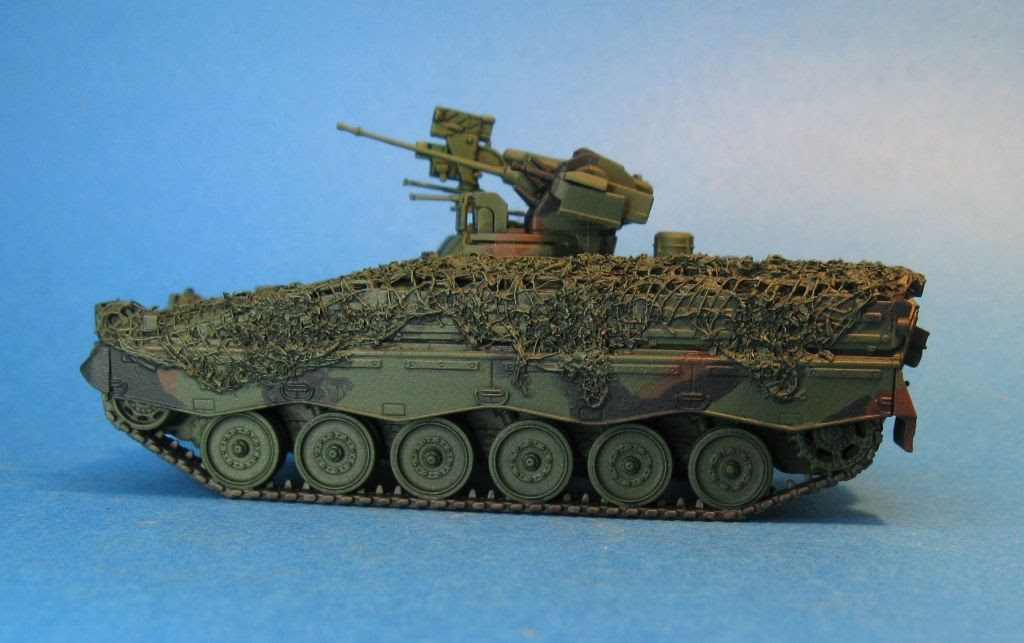 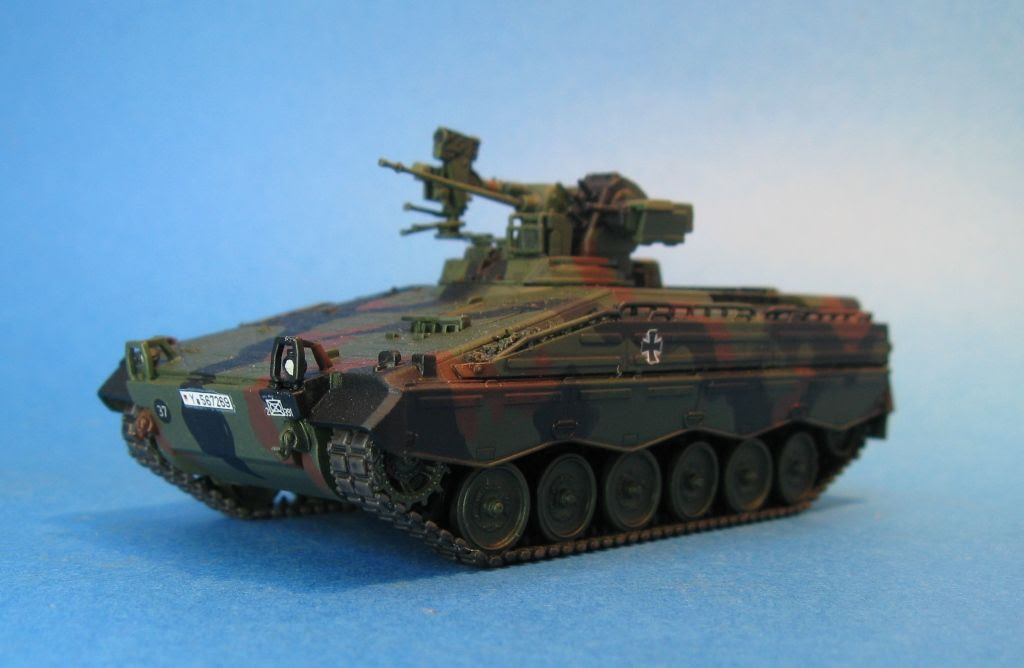 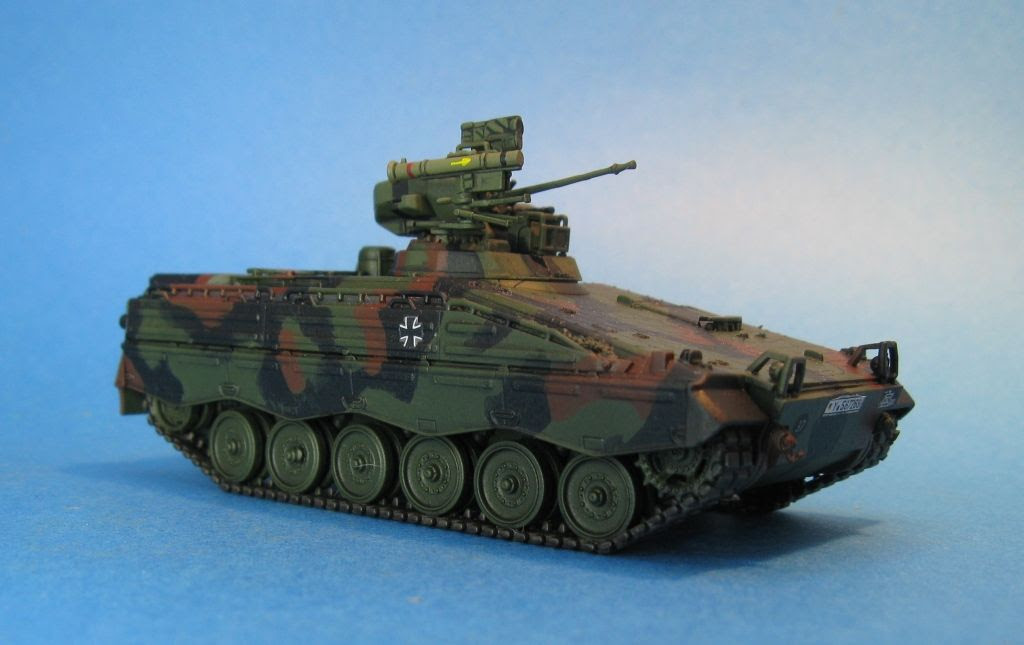 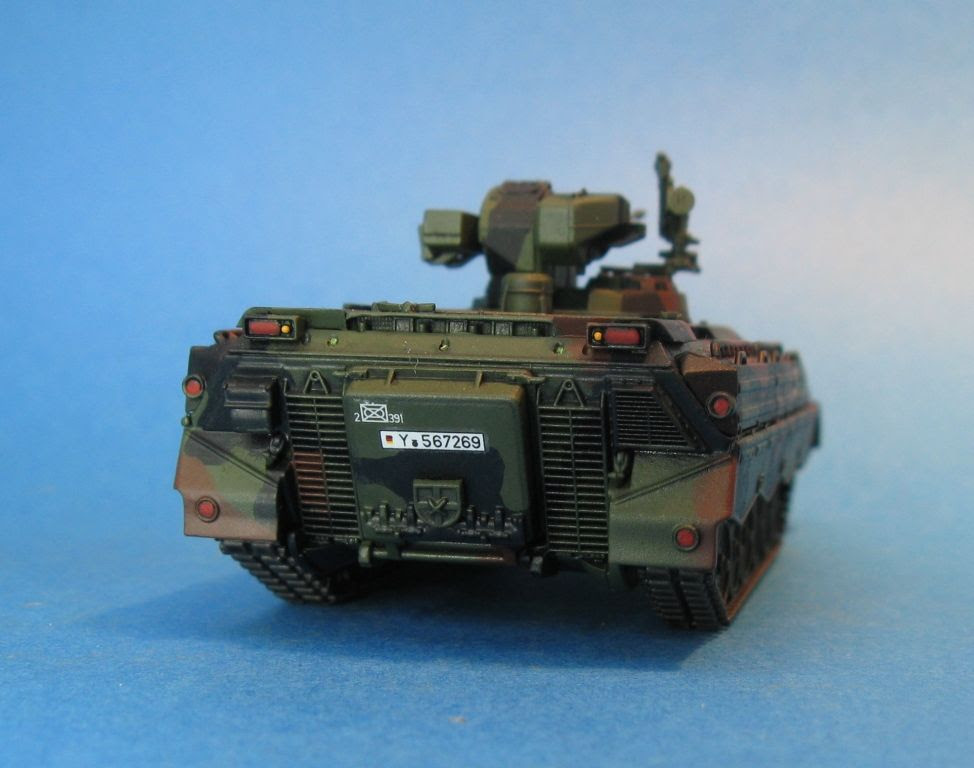 And now all three of them together 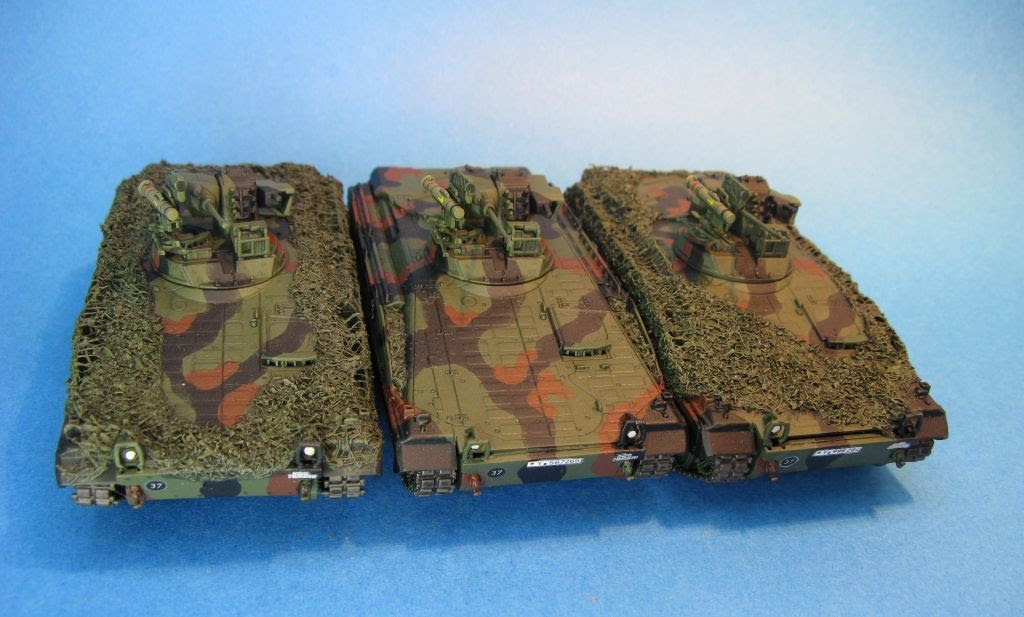 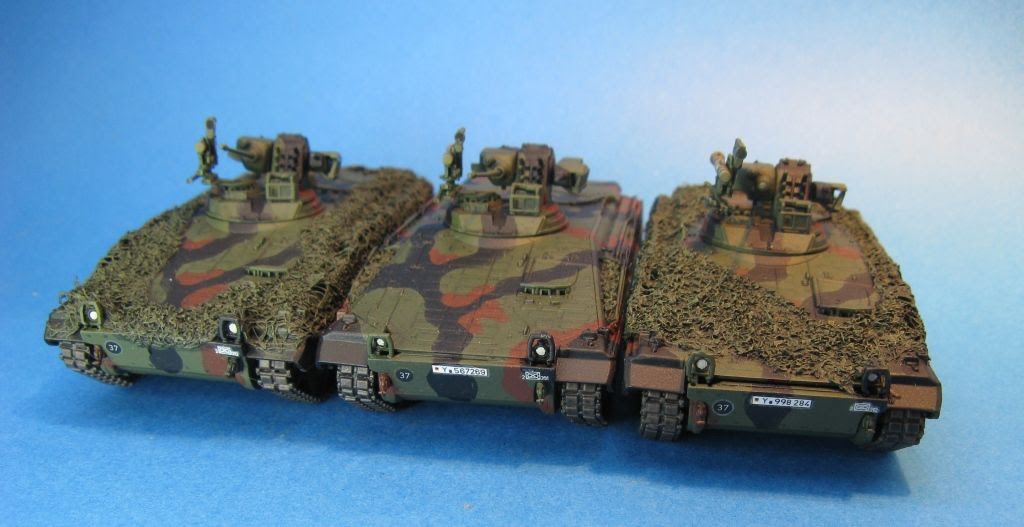 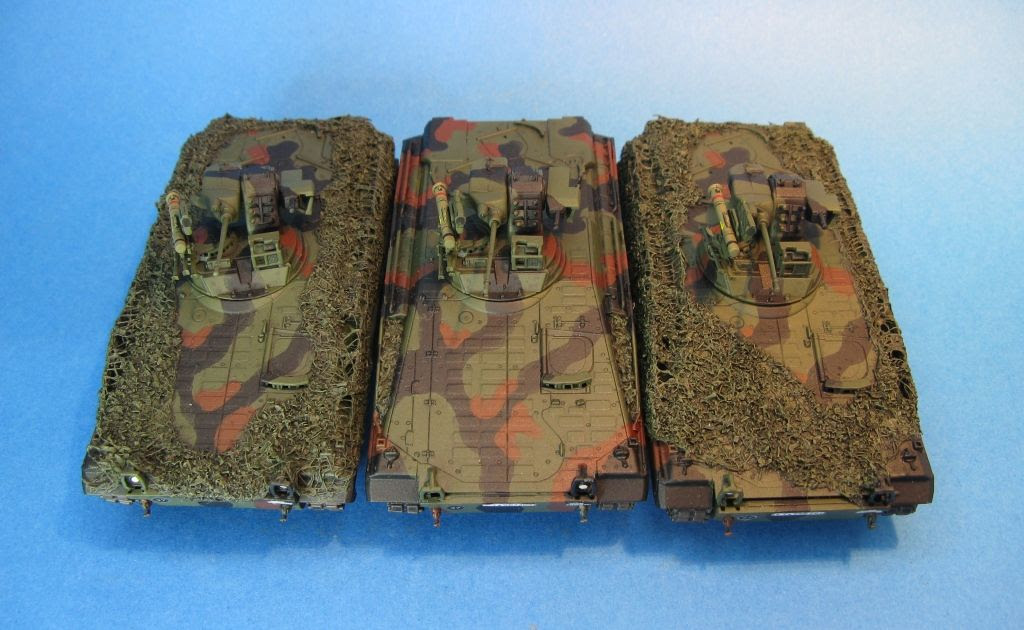 And that's it for now.

I hadn't planned on splitting this post in two, but have had to now that I didn't get around to finishing the mortar sabot base as shown a couple of posts ago.  So this will be a very small post today.

First up I weathered another Land Rover 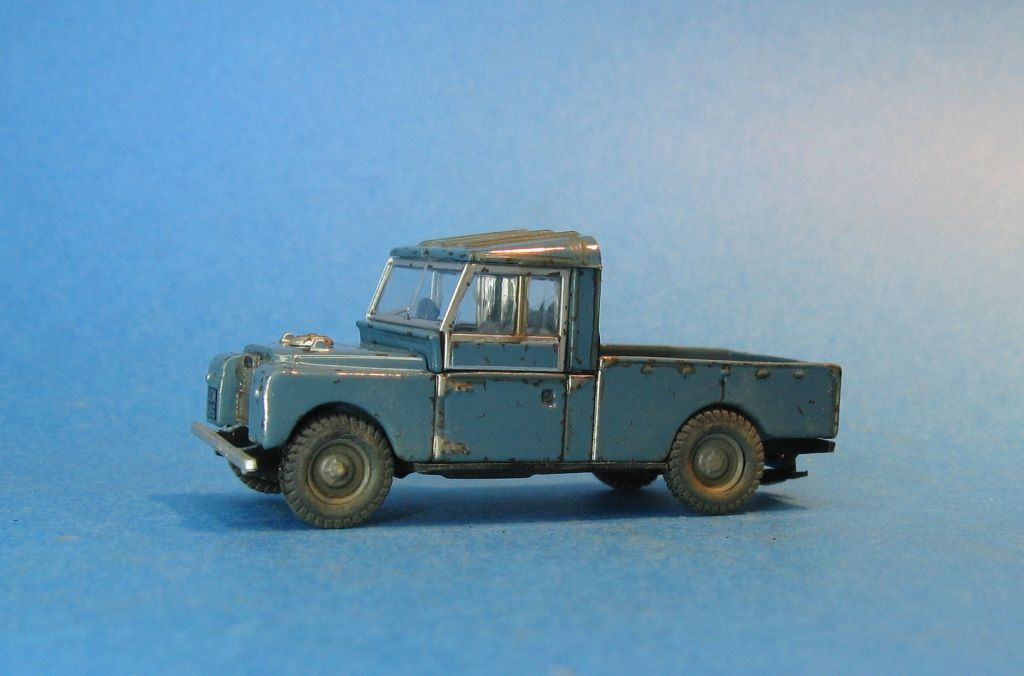 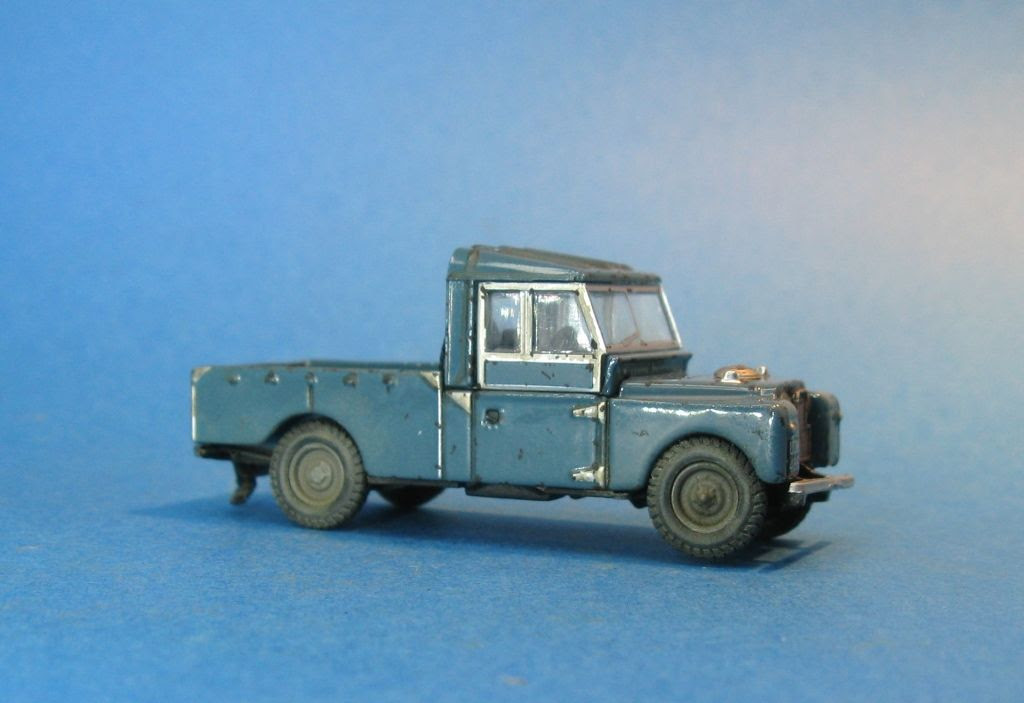 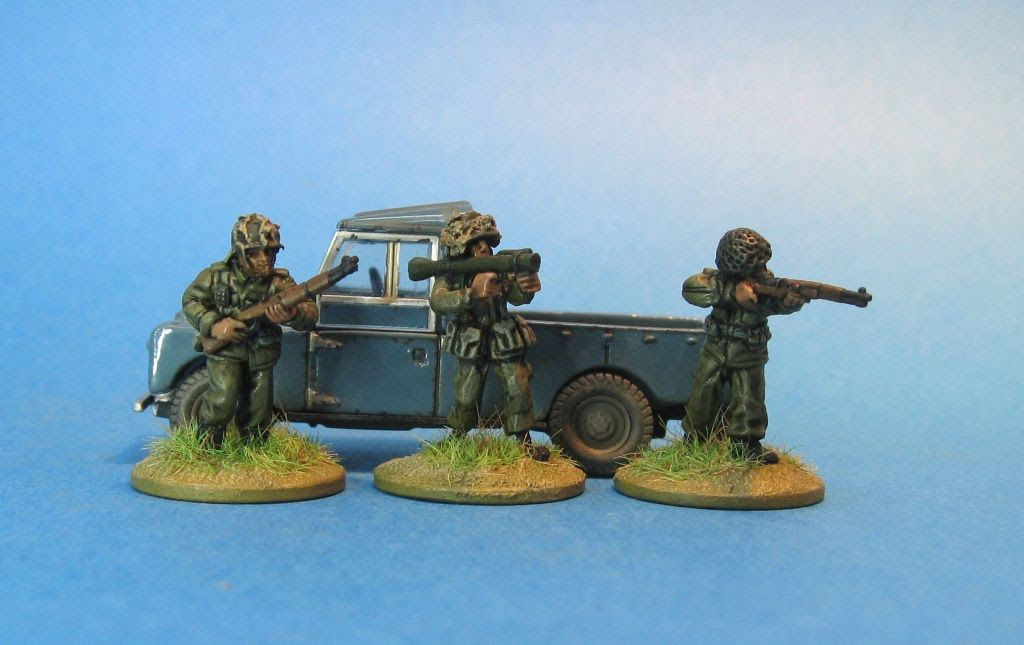 Posted by RichardC at 2:56 PM No comments:

OK - so continuing the Hjemmeværnet (The Danish Home Guard) theme - and the Oxford Diecast theme - here are the first three touched up vehicles and their pax. 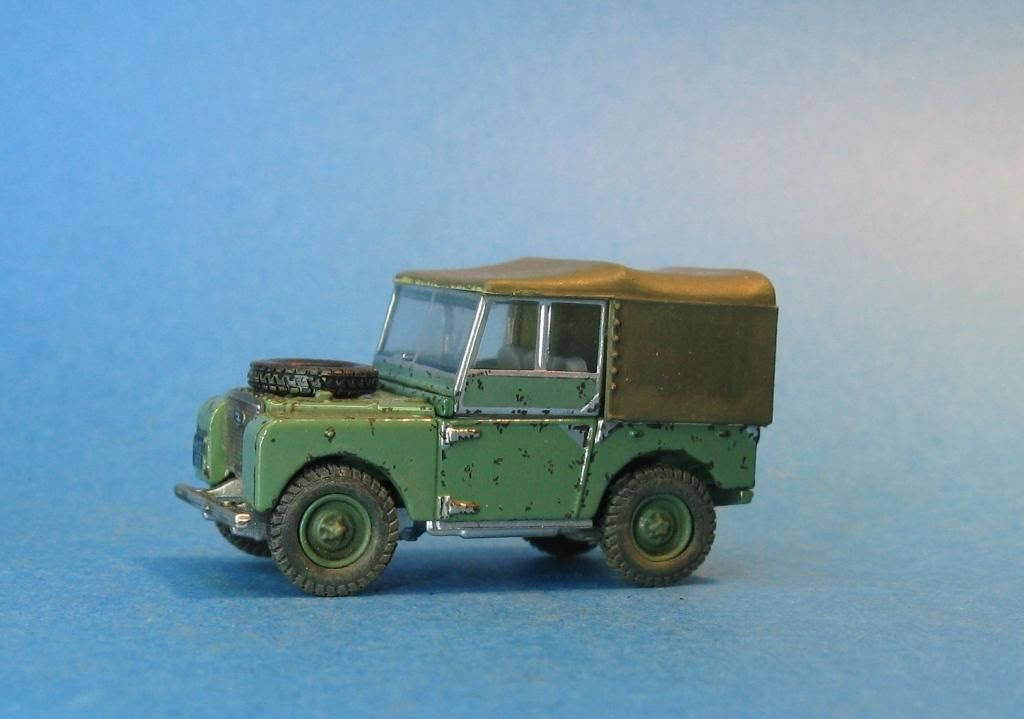 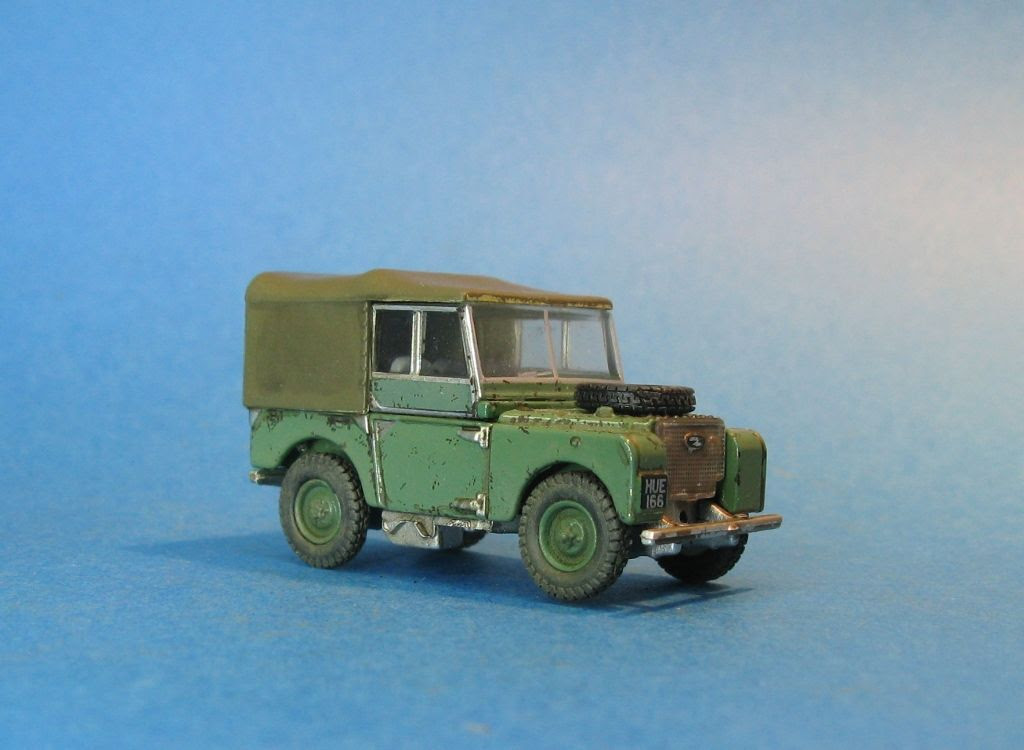 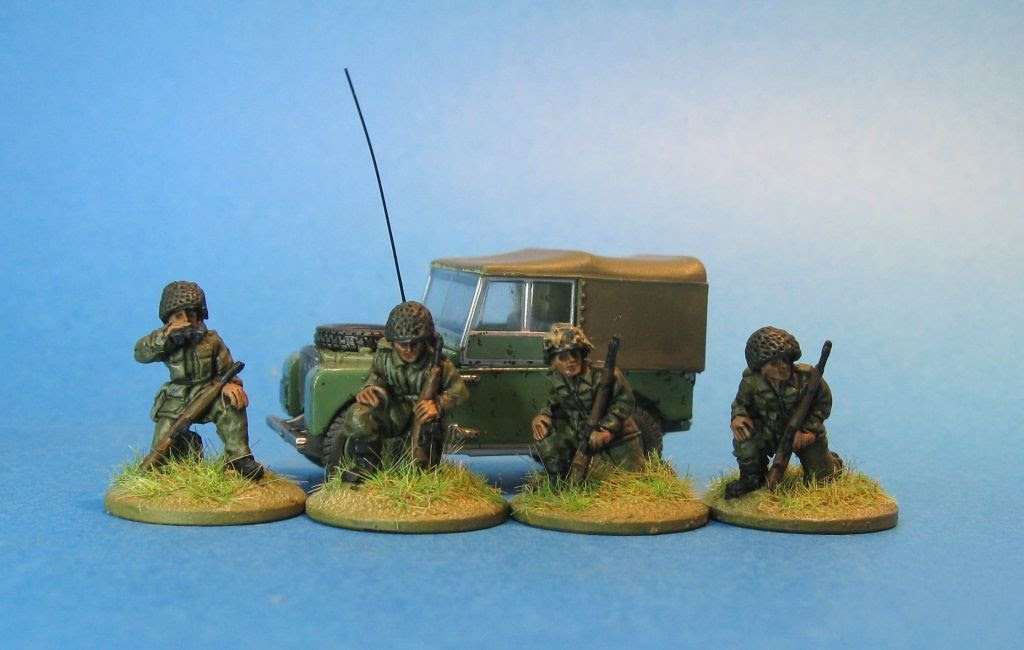 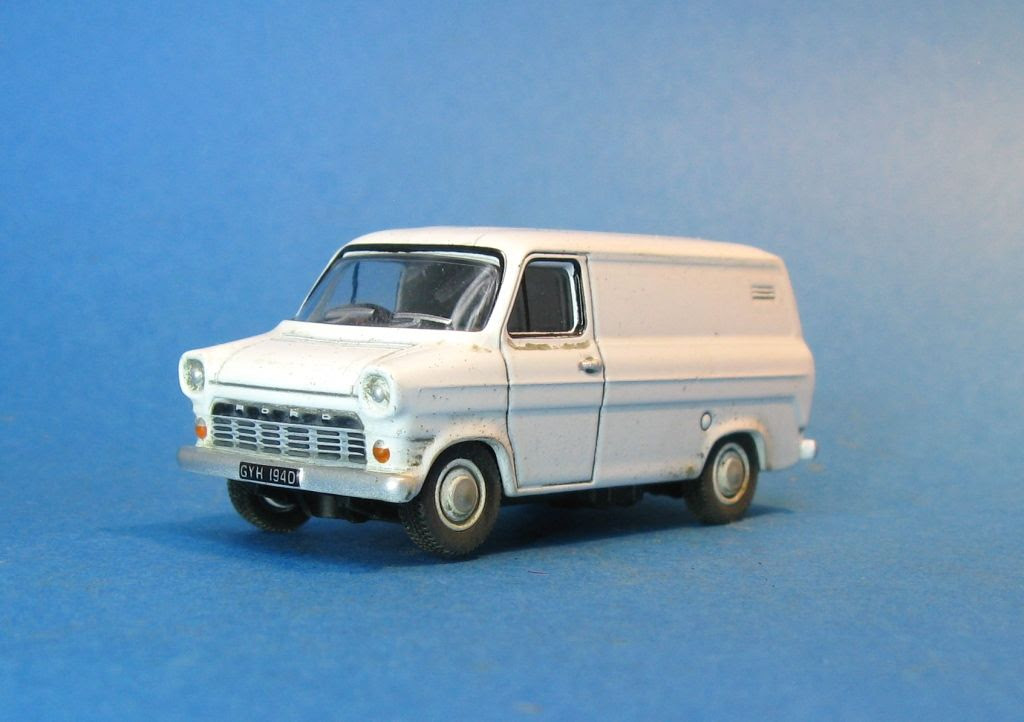 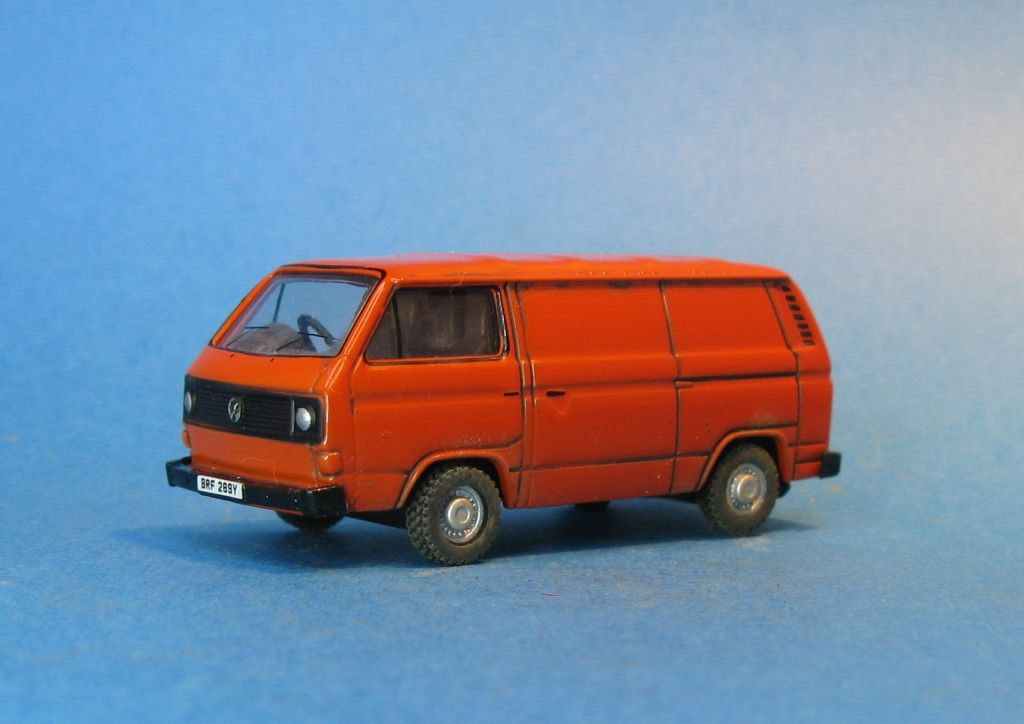 The Land Rover was bashed up with washes and paint - and the canvas cover was completed repainted. The Ford Transit and VW vans were lined with MiG aircraft panel washes and then some Tamiya weathering powders added to the tires.

Support for the small platoon will appear in the next post.

An odd title for an odd topic.  Back here in February I posed a question on how to treat a range of Oxford Diecasts to be used as Danish Home Guard transport.  I got a fair few comments which covered a broad range from cover them with cam nets (removable if possible) to leave them alone.

I've been striving to "finish" these vehicles, but one thing I wanted to do was to make up a couple of sabot loads to give at least a couple of vehicles a slightly more military look - or at least a used look.

One such vehicle is this VW Combi-Van ute (as we would call it in Oz): 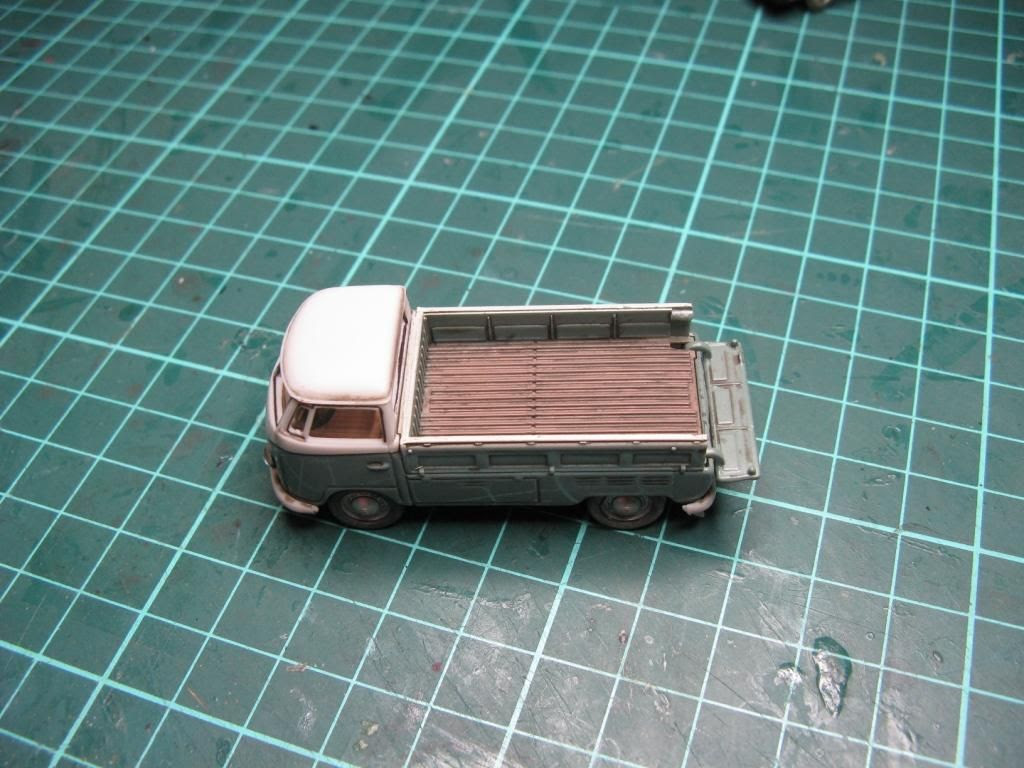 It seems perfectly suited to a sabot load, and I thought it would make a good transport for my Home Guard medium mortar team.  So I made up a quick and dirty load: 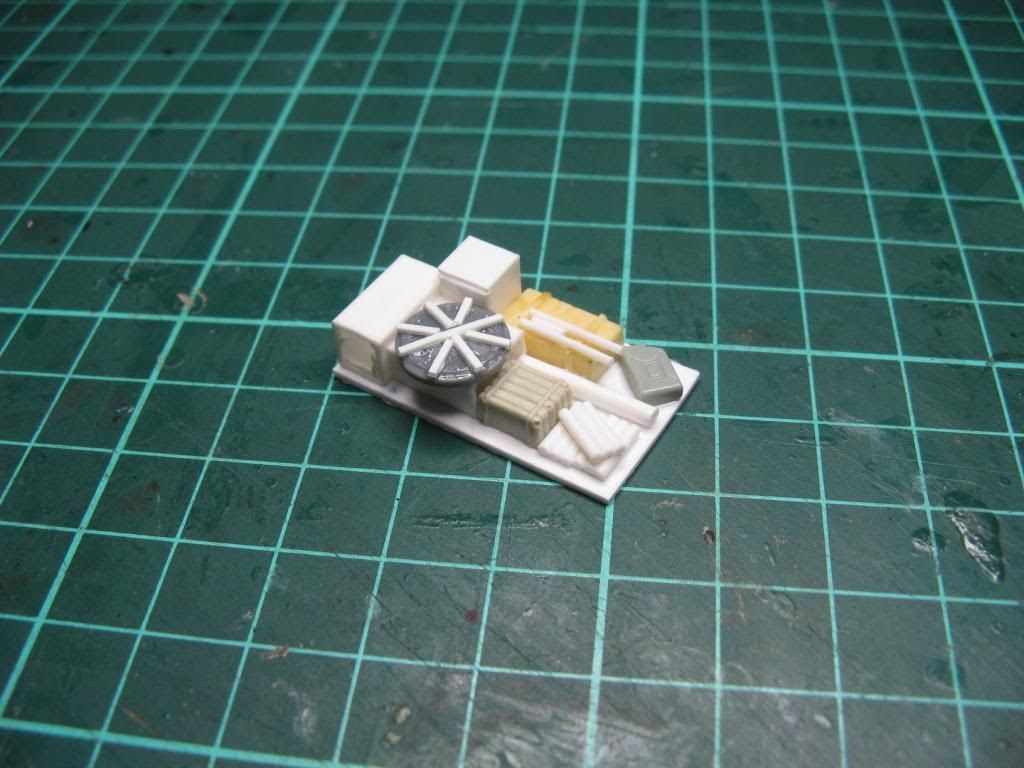 Please bear in mind that much of this will be covered by a tarp, so I really just wanted shapes.  On the sabot are a number of boxes, a Panther spare wheel with some plastic rod added so under a trap it will hopefully look like (or at least give a basic outline of) a mortar base plate, some rod used to give the idea of the mortar bipod, and a larger rod for the mortar barrel.  I also glued three rods together and cut it up to give the impression of mortar rounds in a carrying case.  It's a WW2 thing, but witht he Home Guard that kind of makes sense.  Once the tarp is on I'll add a spade and a backpack on top of the tarp.

So here it is fitted onto the ute's load bed: 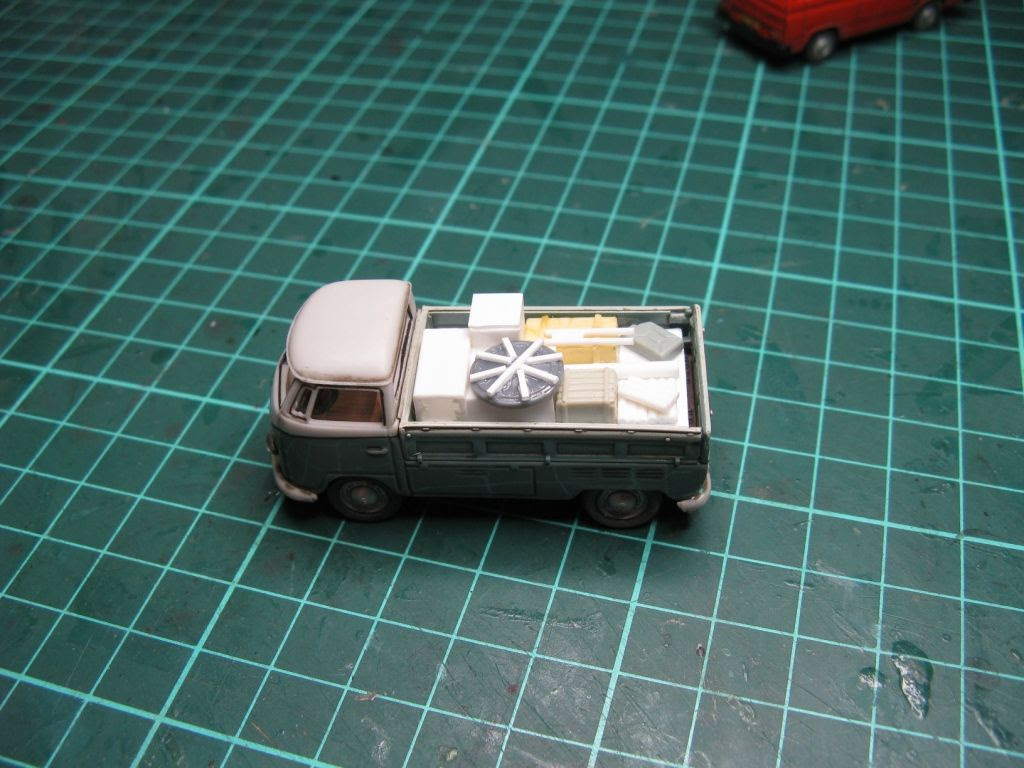 Hopefully the next time you see this it will be the final product.