This week I've added a couple of 120mm Mortar teams to my Soviets.

As I understand it, the Soviets developed an excellent 120mm mortar just prior to WWII. It was such a good design that the Germans simply copied it. Since then it has been improved at least a couple of times, but the basic design remains the same. You can read a very brief description of this development process here and here and finally here. I'm going to "pretend" that my mortars are more likely to be the PM-43 variety rather than the 2B11 Sani developed in 1981, as I doubt all units would have them within the timeframe I'm dealing with and because the model I used is a WWII variant.

For these teams I used Liberation VDV and Cam Jump Suit figures for the mortar crews. I found someWartime Miniatures 120mm mortars at Cancon earlier in the year (like January!) and thought they would look pretty good together. They are based on large GW round bases - 60mm I think... Here they are: 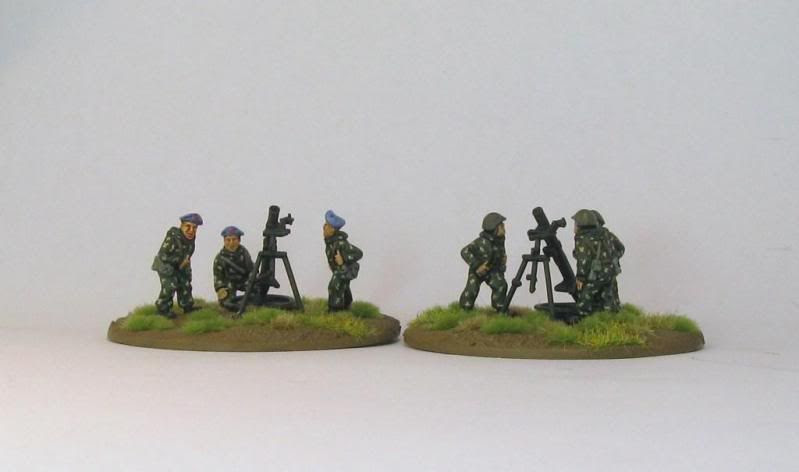 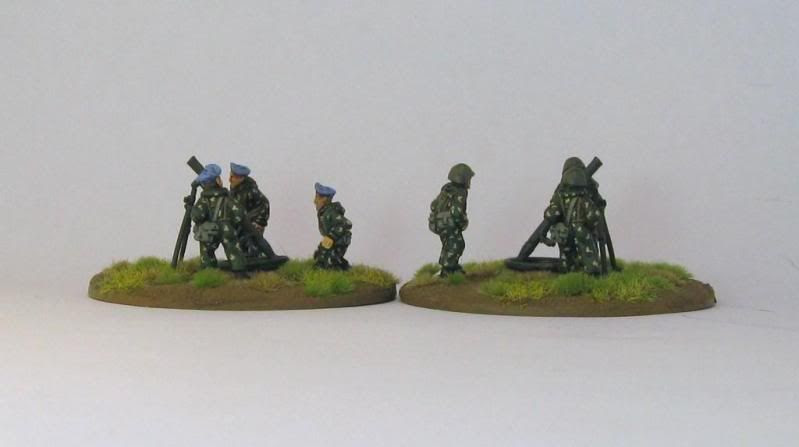 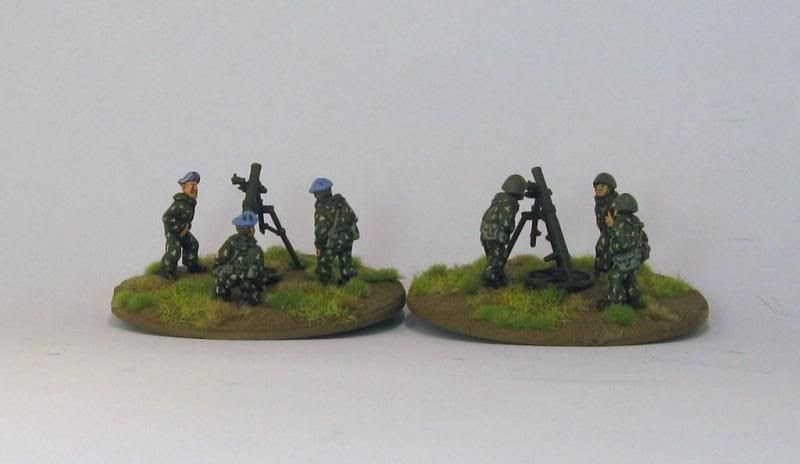 I'm basically happy with the result - but I tried something different with the basing and I'm not happy with that result. I won't be using static grass and Silfor tufts together again. I also don't have any 120mm mortar bombs or appropriate sized boxes which could have made the bases that much better...

This first clip is from WWII but as it is about a german copy of the Soviet 120mm mortar I thought it worth having here. It gives you a good idea of the size etc.


That's all for now

A while back (March actually) I posted an update about the S&S Models +15 Club - you can read it here if you are so inclined.

In the post I put forward my keeness for an American M106 Mortar Carrier and for the similar West German variant.

In an impressive display of responsiveness two S&S M106s arrived in the post on Monday. I spent the last couple of nights cleaning and assembling and now mine looks like this: 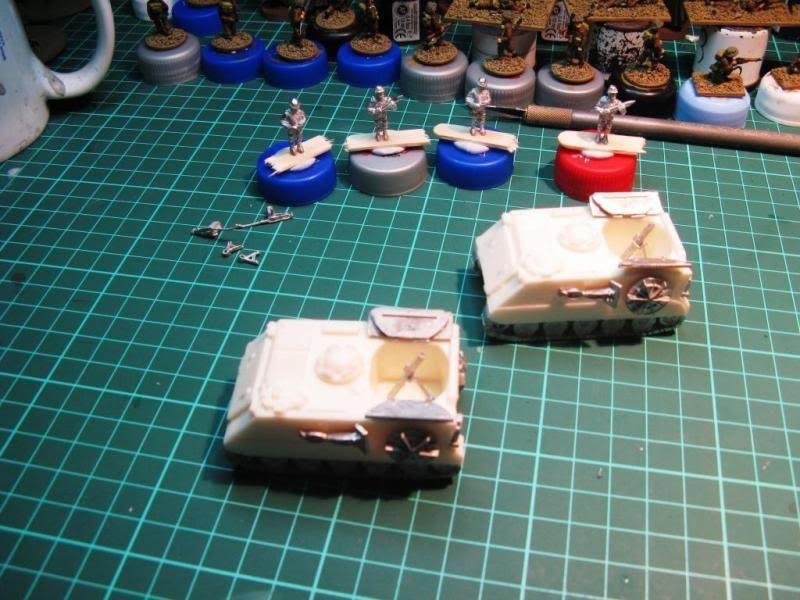 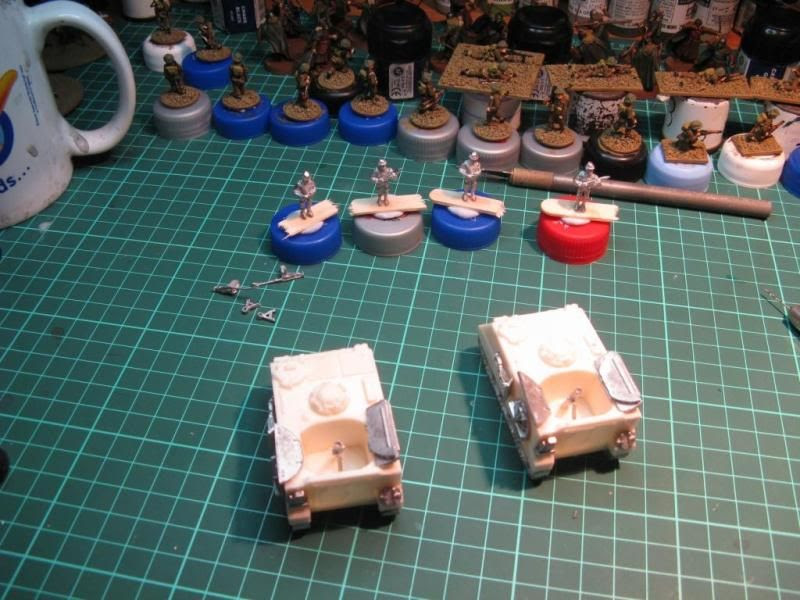 Yeah - I know - crappy photos, but the best I could do at short notice!

I might make a little diorama - but from the little research I've done I think in reality that these vehicles would have deplyed about 200 metres apart when firing - so a diorama might look kind of sad with the tow in action right next to each other.

Next I have to decide how to paint them... I find US Armour cam colours in the 1980's a fairly confusing topic.

It appears that in 1970s the US Army came up with a camo scheme names MERDC. Here is an excellent photo of one version of it borrowed from the Plastic Warriors blog. An excellent and inspirational blog it is too - so I hope they don't mind me using this picture :-) 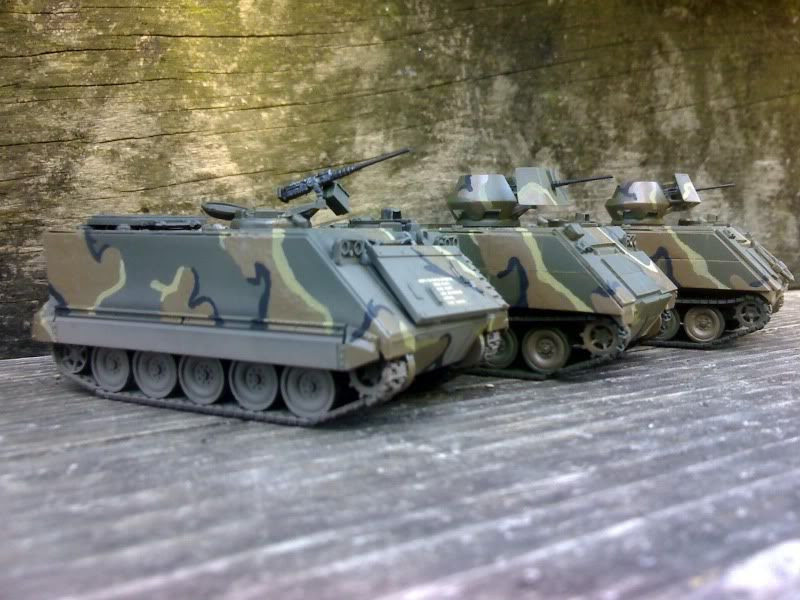 That looks truly difficult to paint and I'm not sure if I can be bothered - however as an end result - it's pretty cool.

In Europe though - it gets even more confusing becasue as I understand in the early 1980's all M1s and M2/3s arrived looking like this: 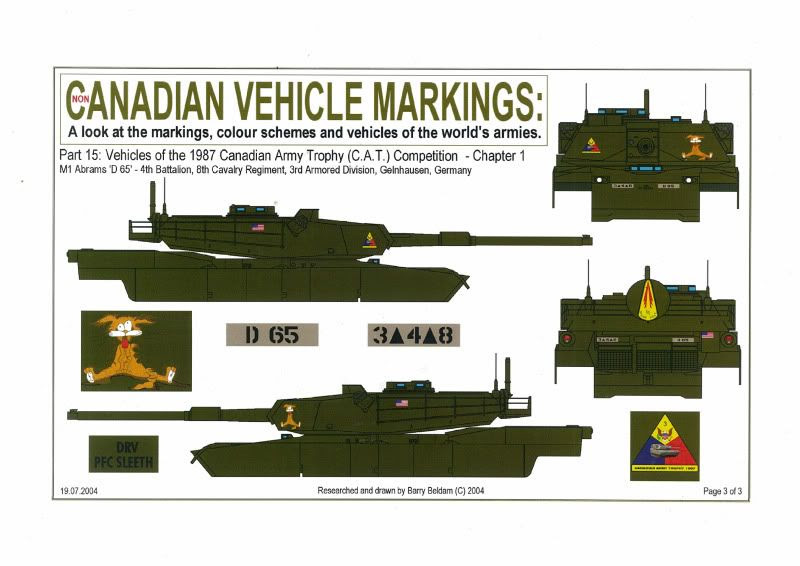 This picture is borrowed from another exceptional website called Armoured Acorn. This site has fantastic pics of a range of Canadian, NATO and even WARPAC AFVs - as well as a whole heap of other stuff like Soviet TO&Es so is well worth looking at. 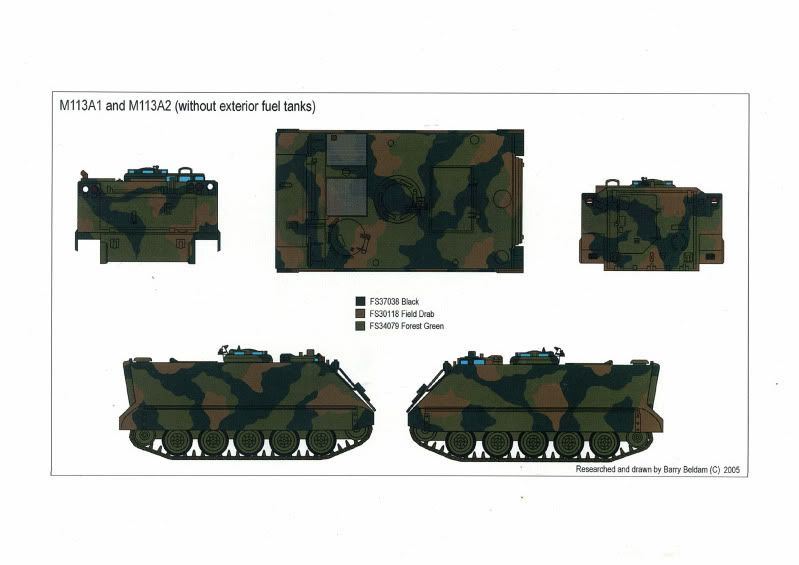 From the same site as above. This was meant to be the standard NATO 3-tone camo. Fortunately this is a little to late in the 80's for what I'm trying to do so I can safely ignore this one.

Amusingly enough, in action I'm sure they all actually looked like this: 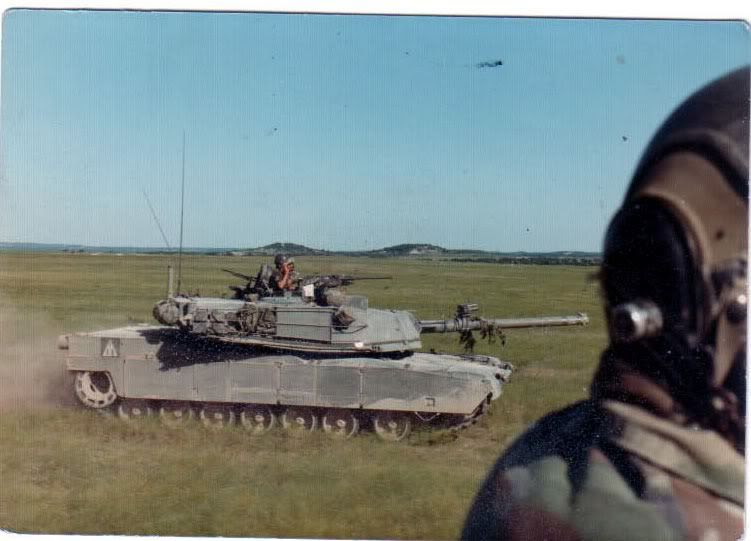 That's all for now - have fun