Recently I've had a concentrate on WWII so have not had much of a chance to work on any Cold War stuff - so I thought I'd like to paint something a bit different for a change - and decided to tackle Elhiem Figures Soviet Military Policeman.

Fortunately - Matt's great little figure is fairly similar to the Ron Volstad illustration of a Soviet MP is Steven Zaloga's Osprey classic "Inside the Soviet Army Today".  Bear in mind, by today we mean 1987!  Here is the pic: 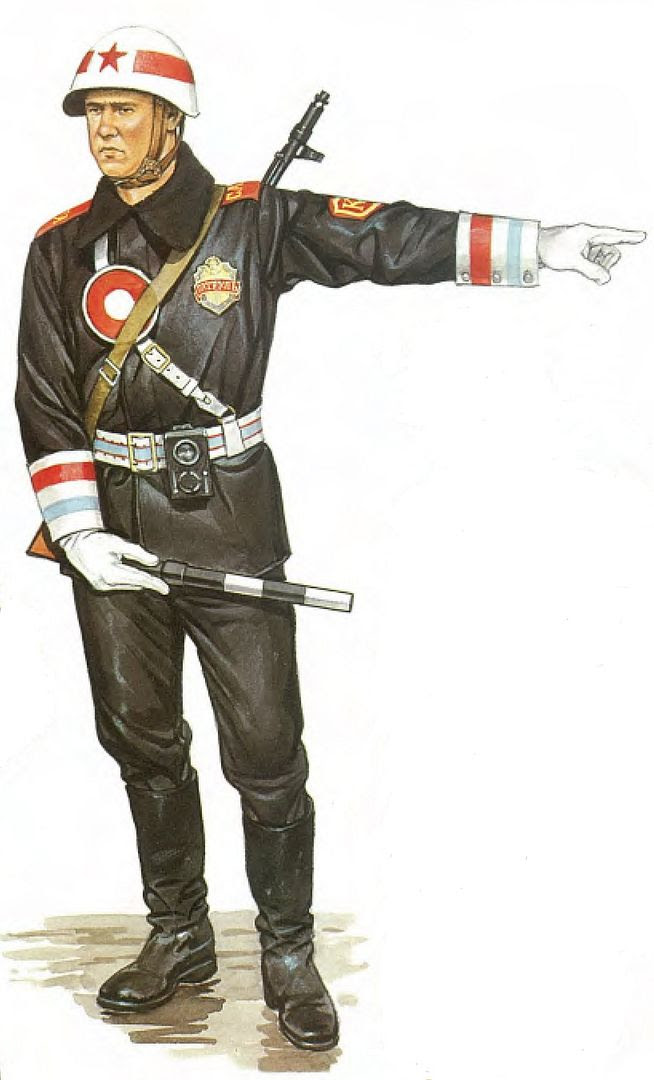 And here is my guy: 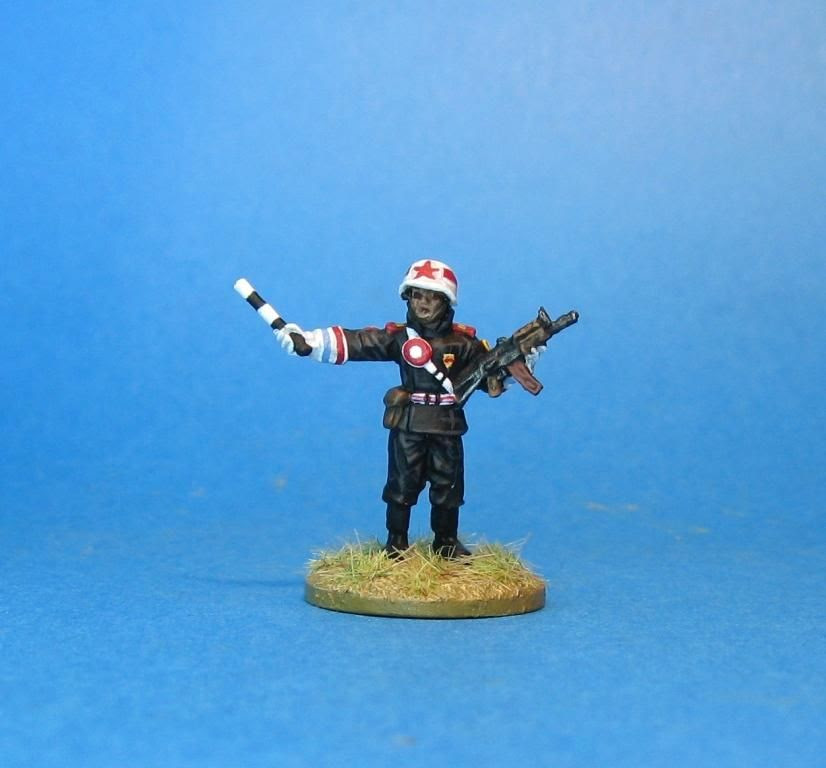 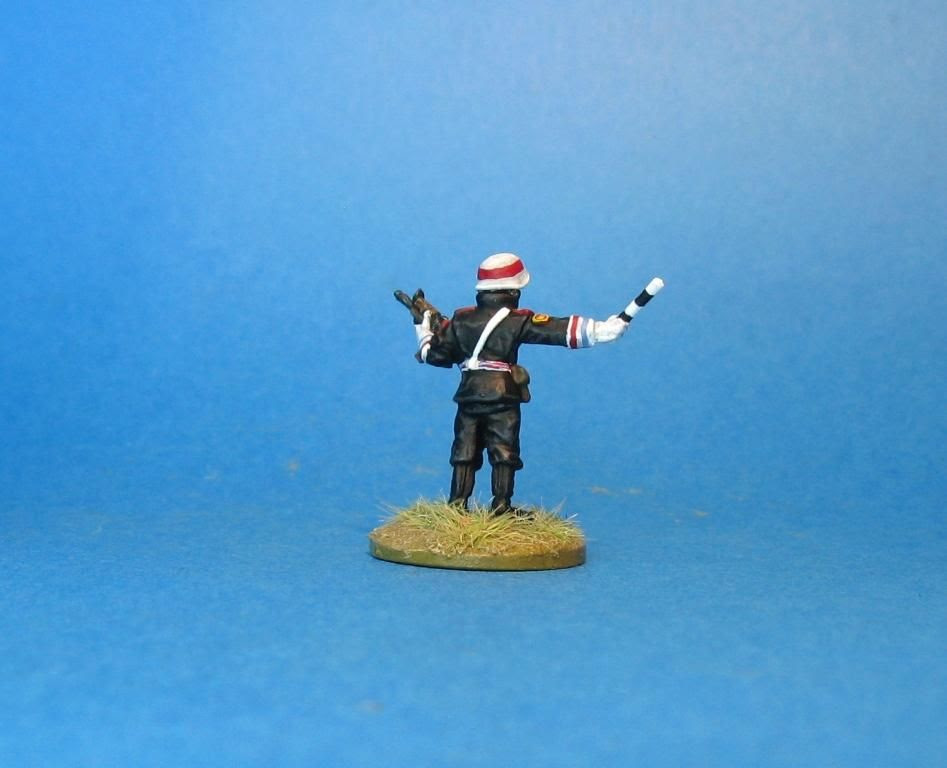 Please ignore his zombie-like face - not sure what that's all about, but I swear he doesn't look quite so "dead" in real life....  I might just re-visit his face at some point.

So - no idea if I'll ever use him in a game.  I do have MP units in my lists which have the "Rear Area Security" special ability - which allows you once a game ro re-roll a reserves/re-inforcements roll.  If I want to field that unit I need to paint up 3 more MPs...  I can see that happening now!

I don't do may newsy posts, mainly coz I don't see myself as the font of all Cold War gaming news, but every now and again I see a new release that I think is really worth sharing, and making sure people are aware of it.

First up S&S Models has made a MT-12 Rapira 100mm smoothbore anti-tank gun.  The first reason this is important is that in many Soviet Category 2 (or B) divisions, these guns would still have been found in the 1980s - certainly a must have for what I have in mind for my Northern Flank games.

The second reason this is important - IS BECAUSE PREVIOUSLY NO ONE MADE ONE OF THESE!!!!!!!  Certainly not in 1/72 or 1/76.  The closest you could find is the older WW2 version called a BS-3 which would require a far amount of conversion - or just squint when you look at it.

All the following pics come straight from the S&S Photobucket gallery: 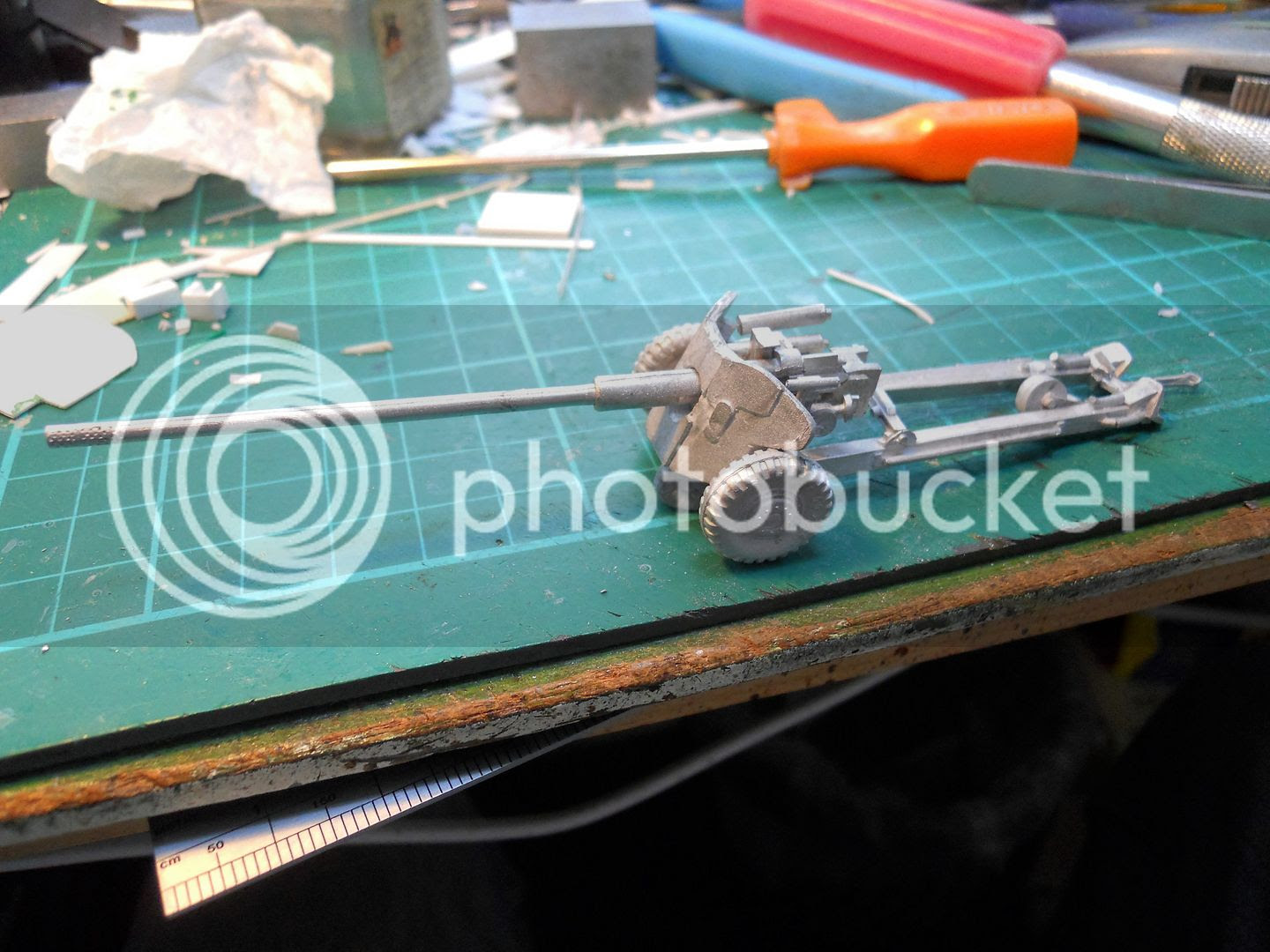 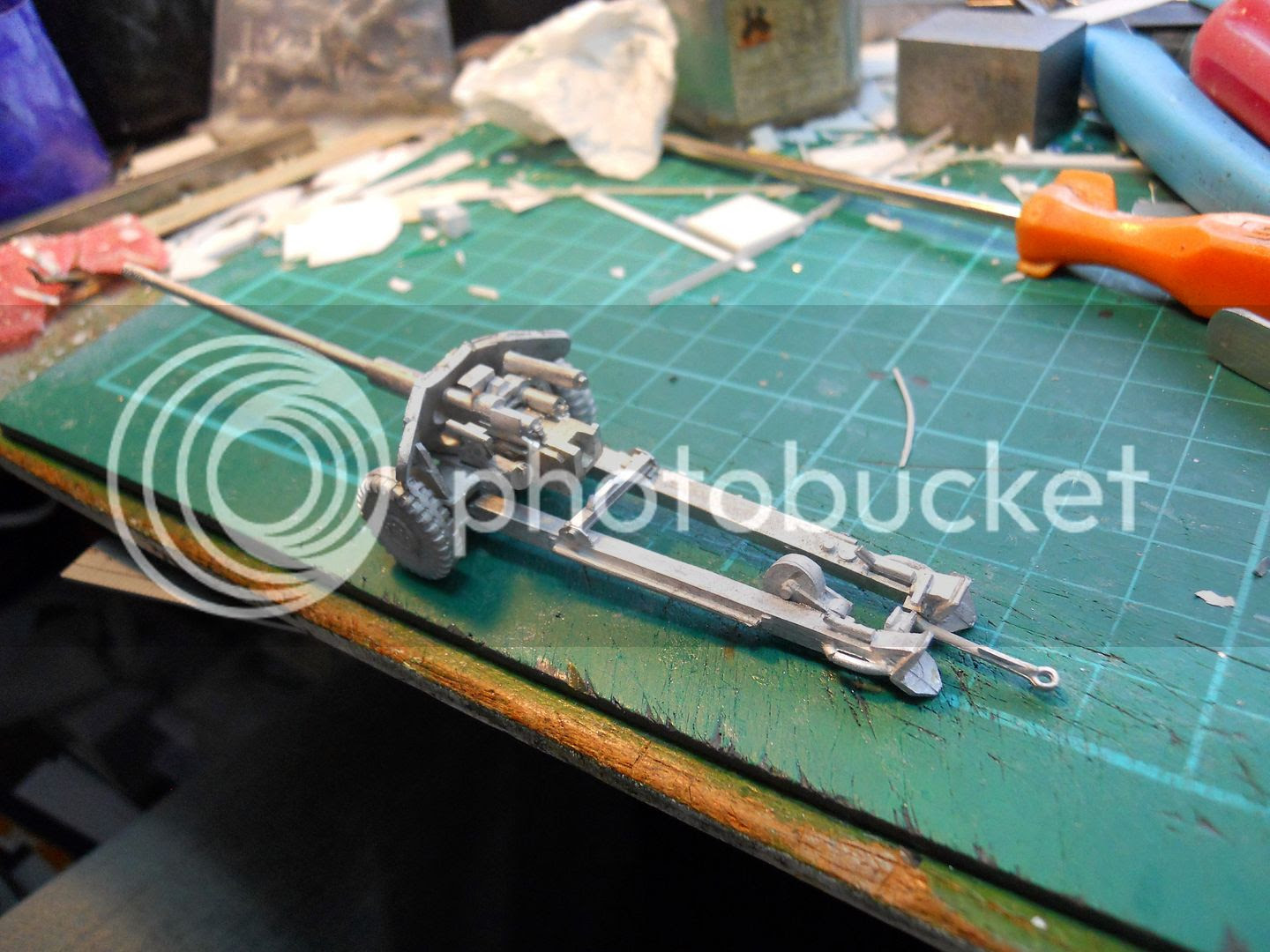 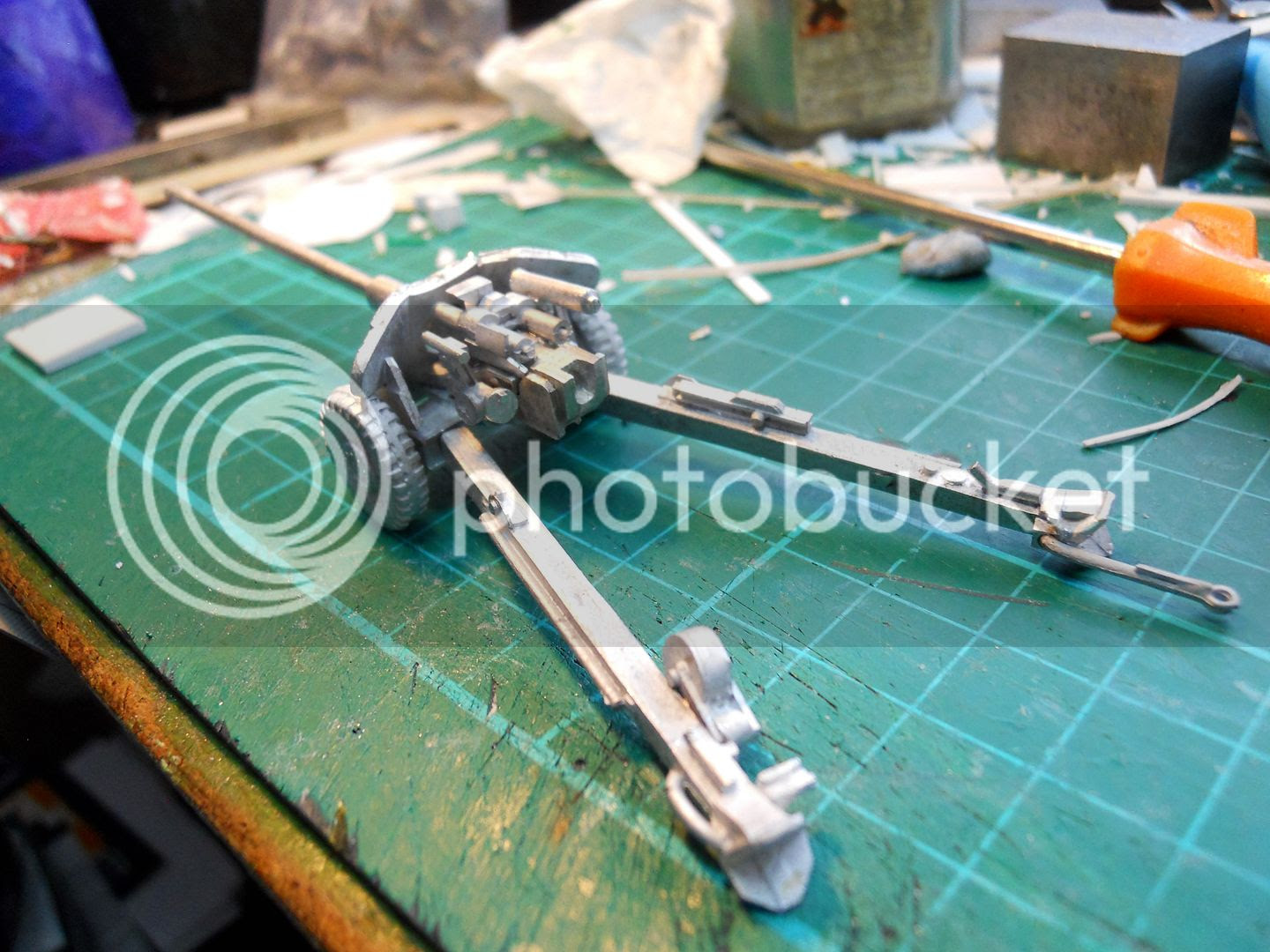 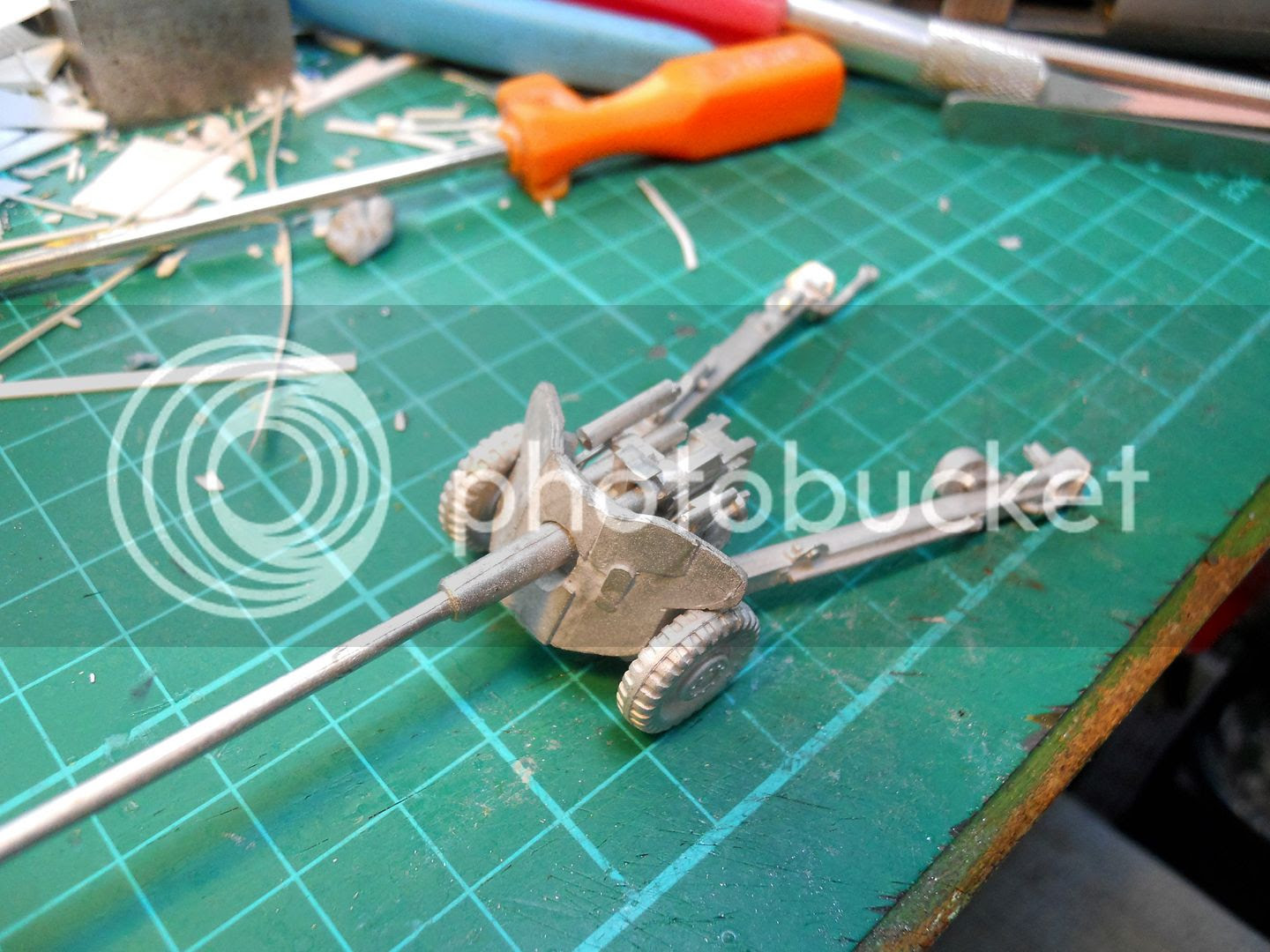 The second release is probably even more momentous for a 20mm Cold War gamer.  It is slightly more modern than the MT-12, certainly more likely to be found in almost any Soviet Category 1 (or A) division and again - HAS NOT BEEN MADE BY ANYONE!!!!!!  It's the Soviet 2B9 Vasilek automatic 82mm mortar.

This unique weapon system is still being used today and fires 4 round clips of mortar shells. 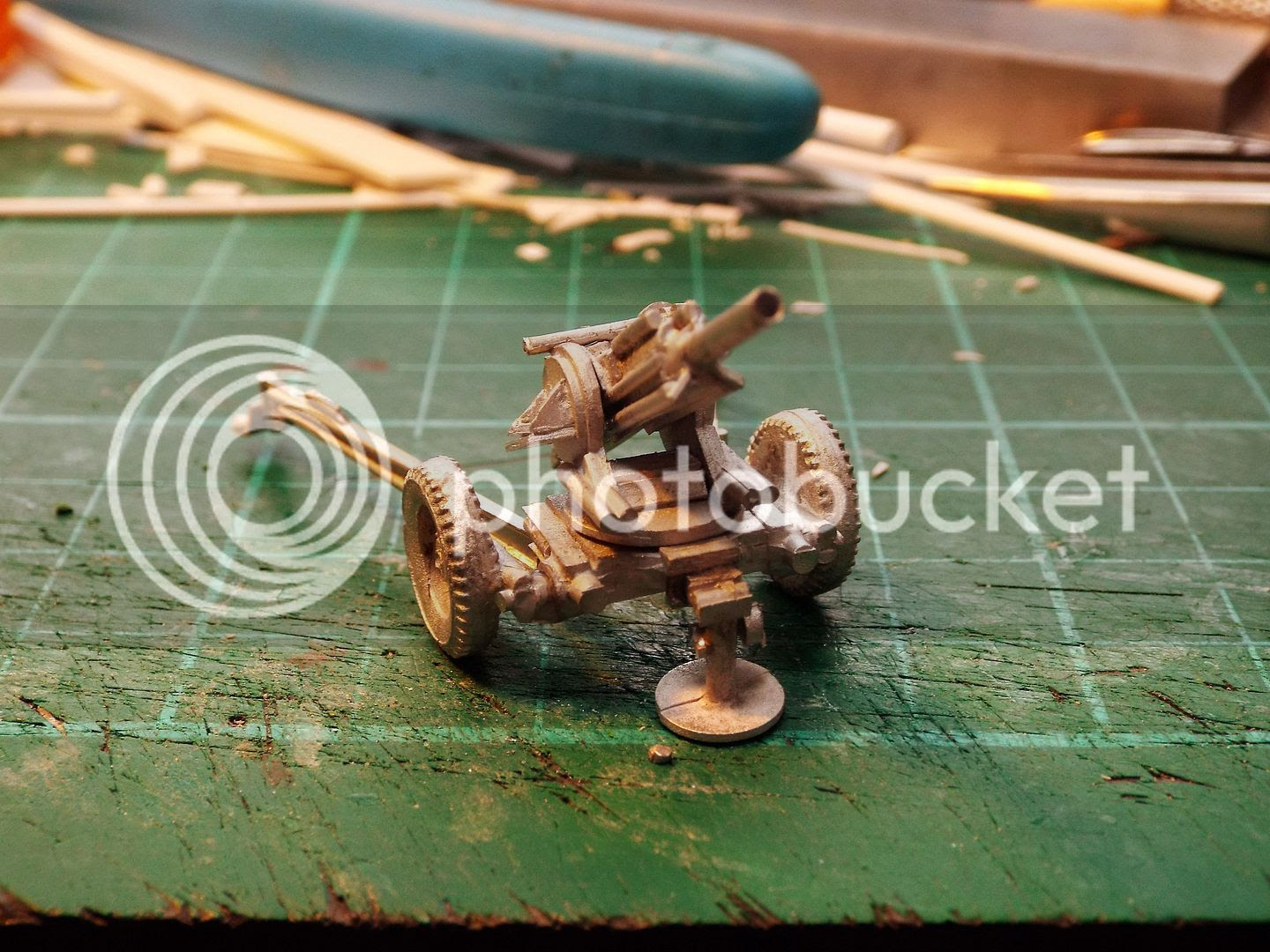 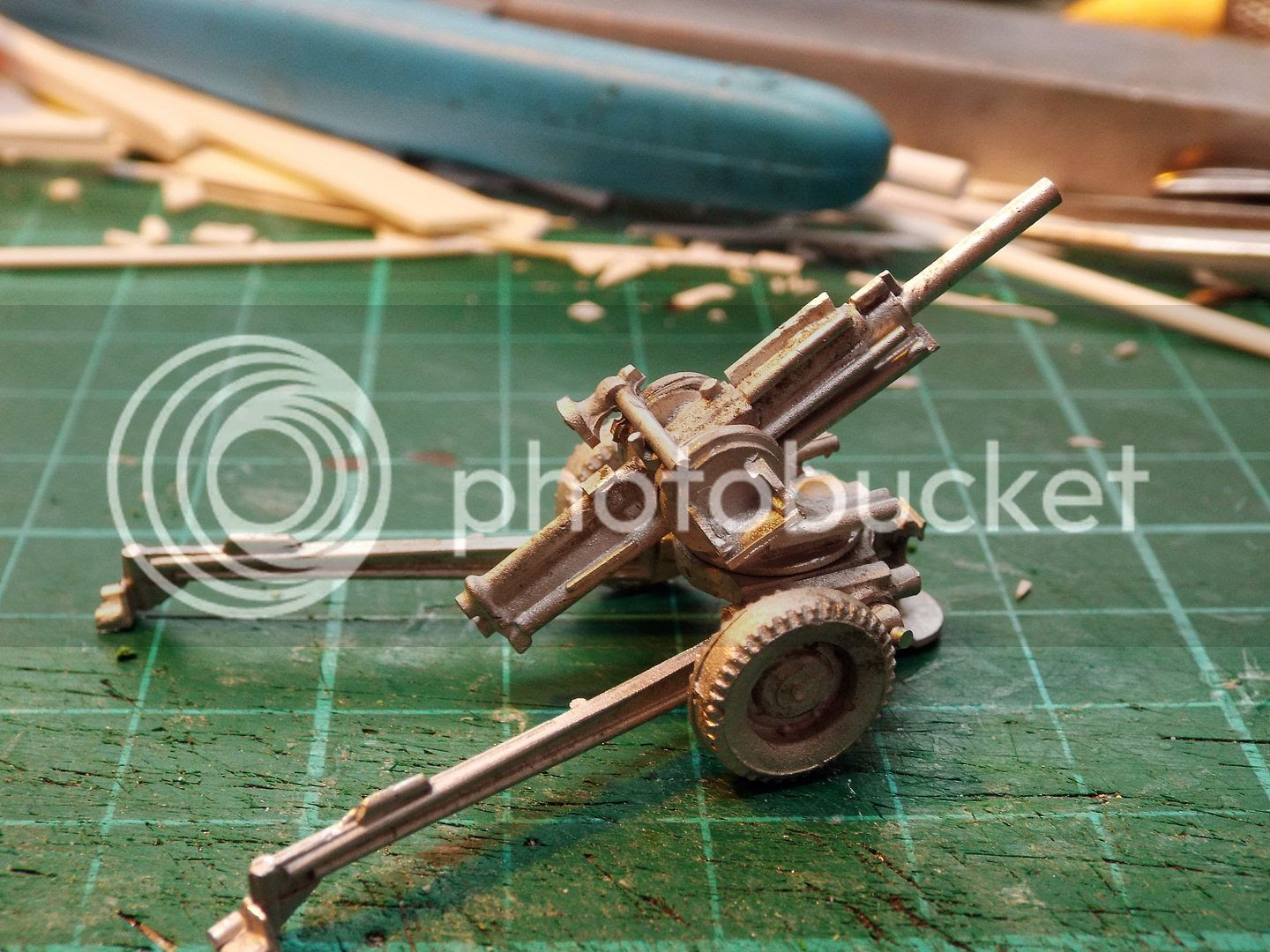 S&S have also made gunners for the 2B9: 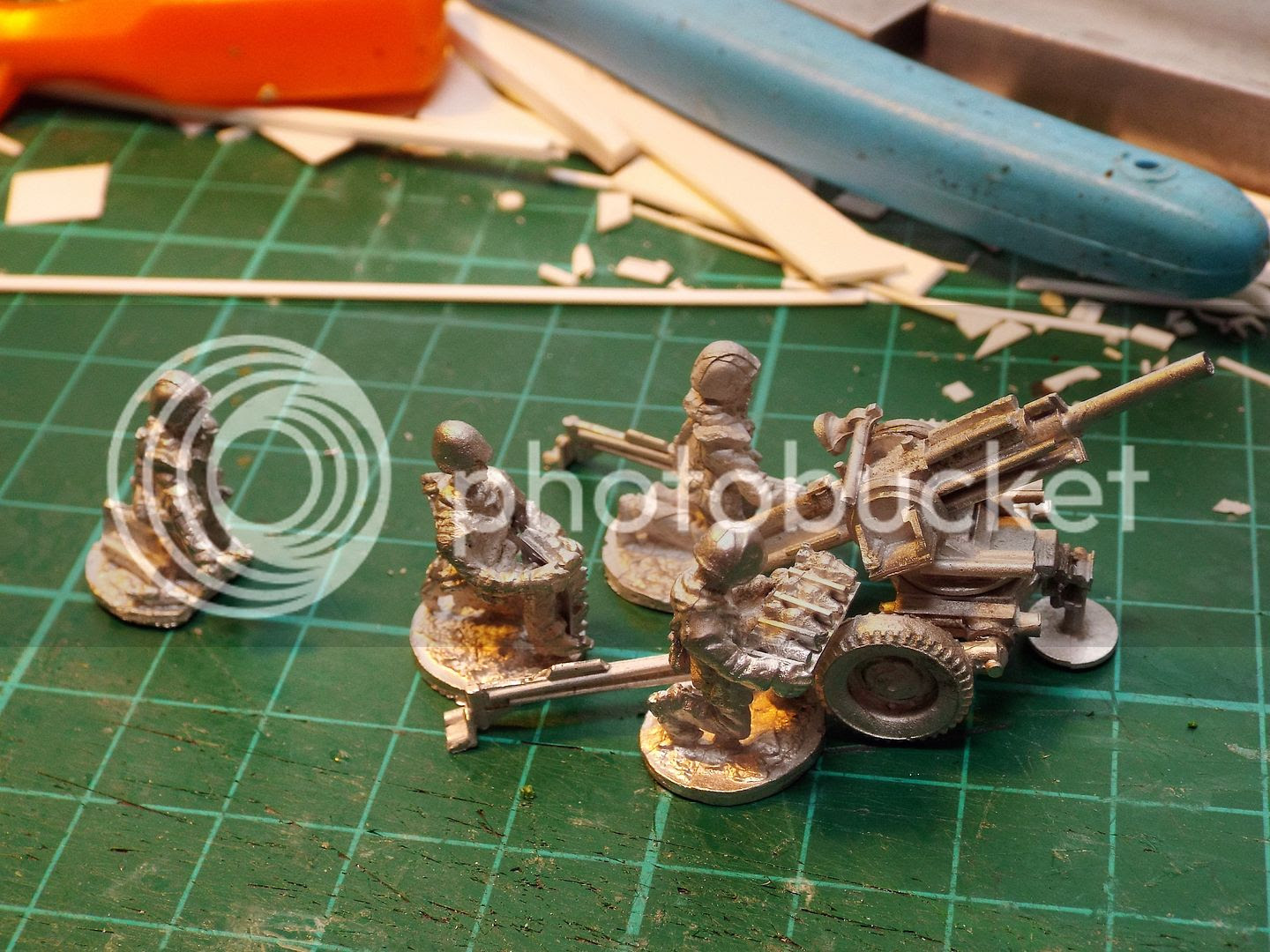 Some funky AT rounds there! 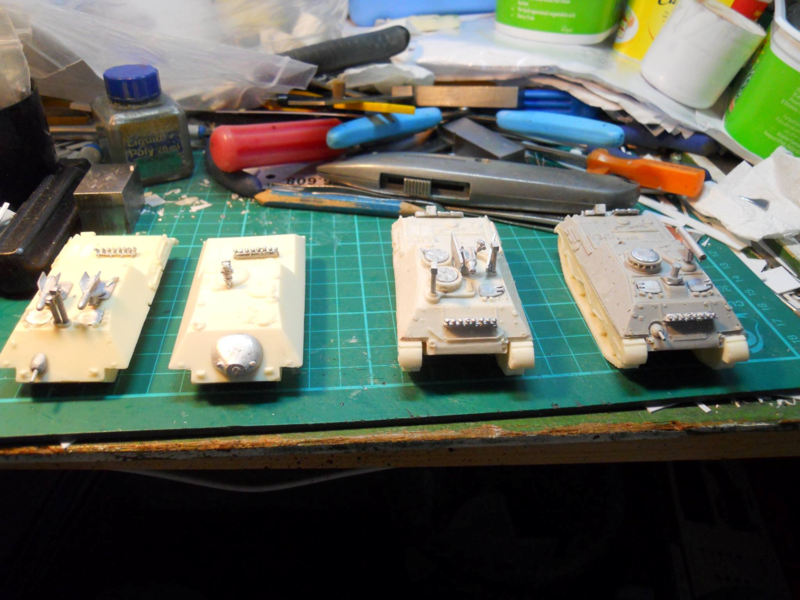 Here on Shaun's workbench we can see (from left to right) a Raketenjagdpanzer 2, a Beobachtungspanzer, and Jaguar 2 and a Jaguar 1. 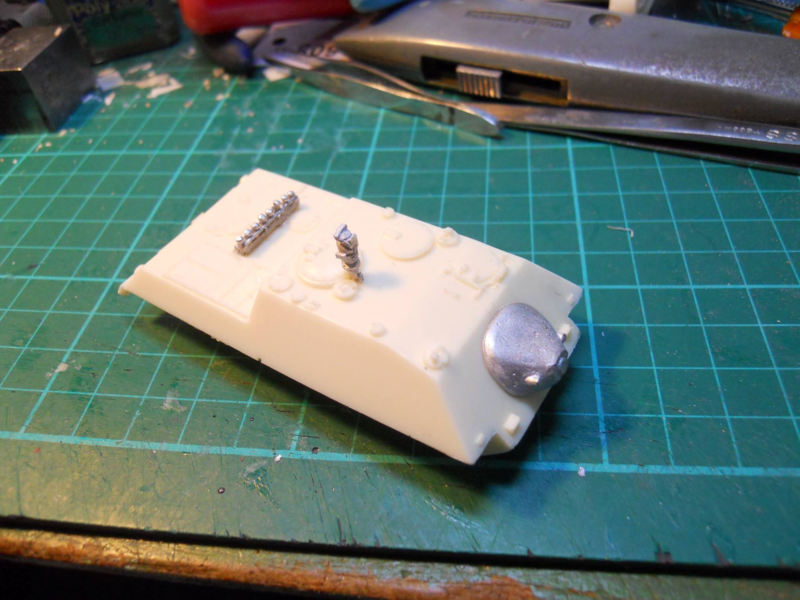 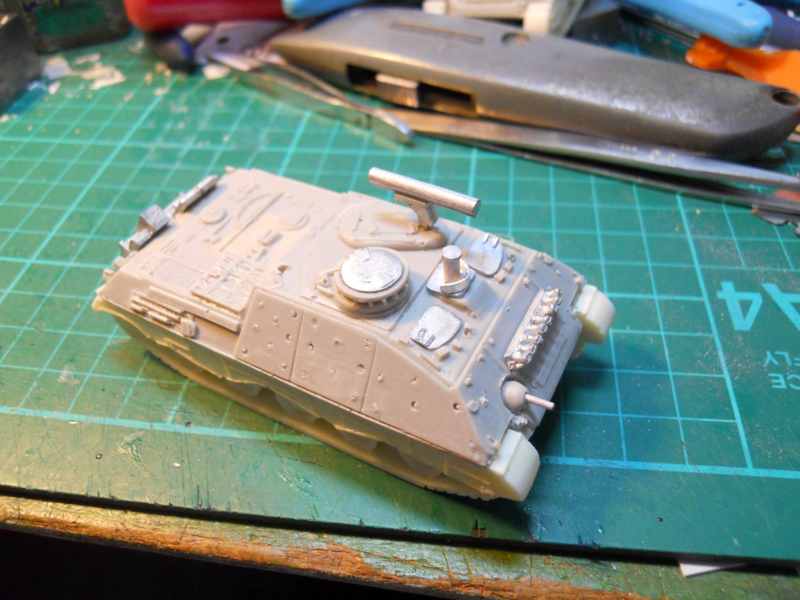 So all EXCELLENT news in my book.  S&S Models have also created a very nice looking D-30 artillery peice and crew which is well worth a look at and significantly better than the two D-30s I have... Rats...

My understanding is that the Jaguars are (maybe) available now, while the guns will be available shortly.

So a quick pic post today of all the Liberation Miniatures Royal Marines completed thus far:

Last night I was able to photograph the second batch of Liberation Miniatures (or RH Models) 20mm figures for my Royal Marines.  So I'll jump straight to the photos: 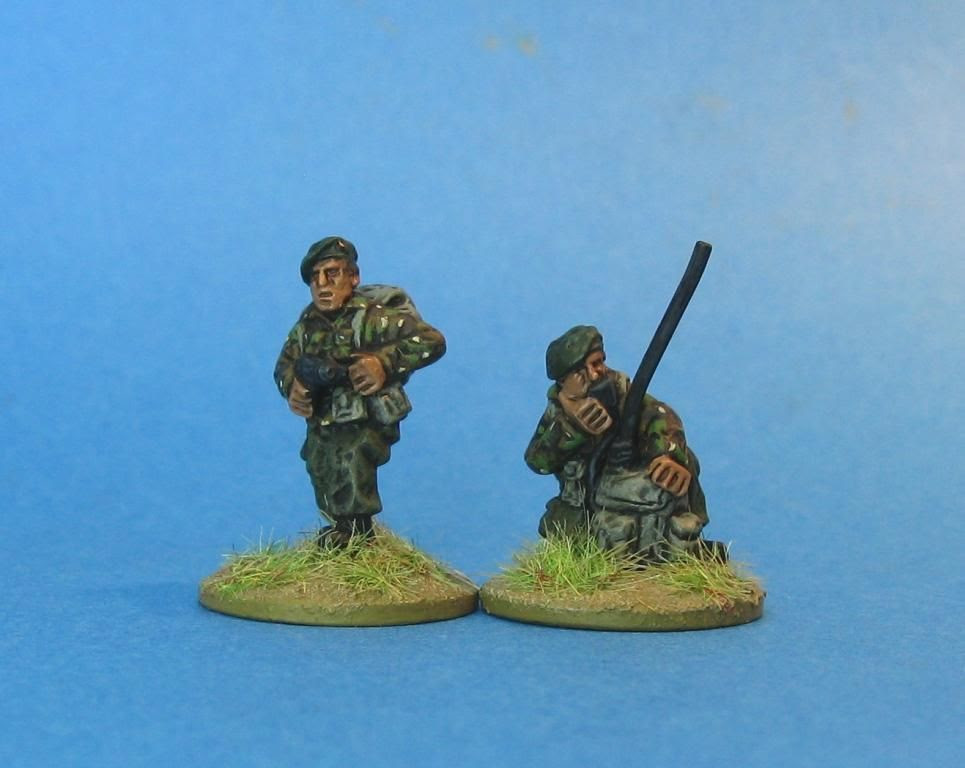 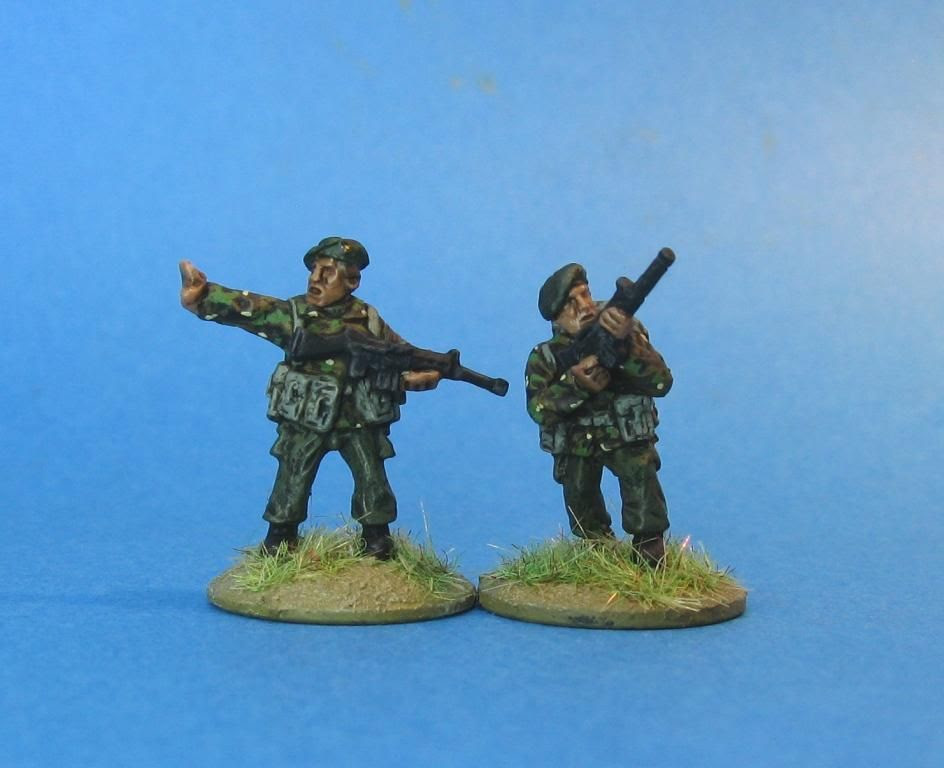 Section leader (left) and bootneck (right) both with L1A1 SLR. 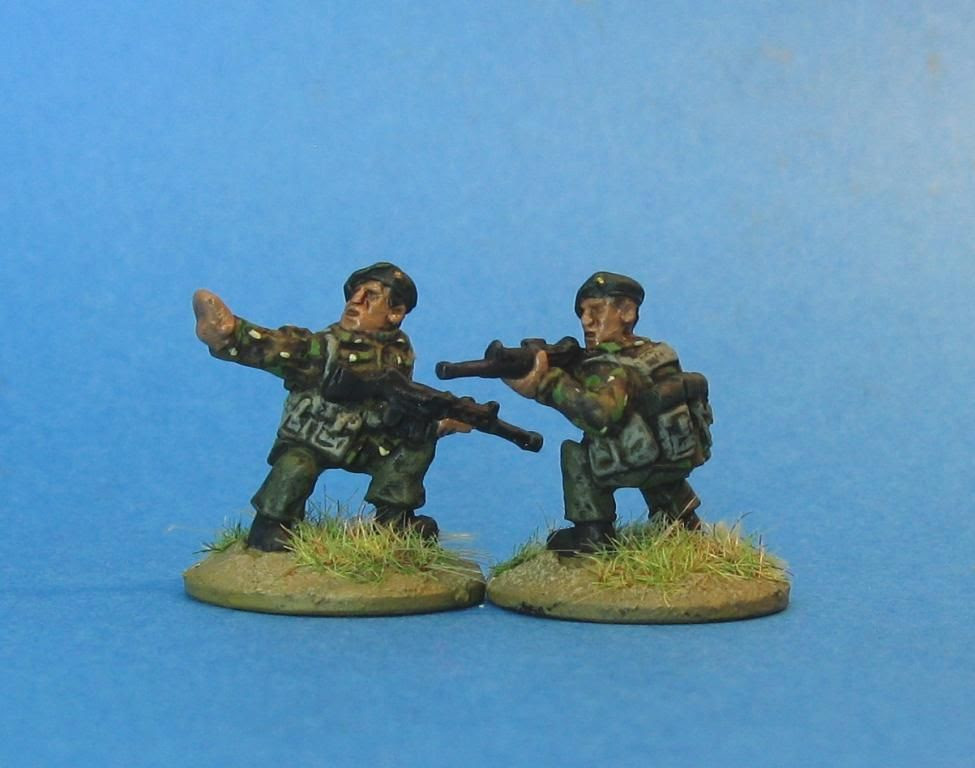 Another Section Leader (left) and bootneck (right) both with L1A1 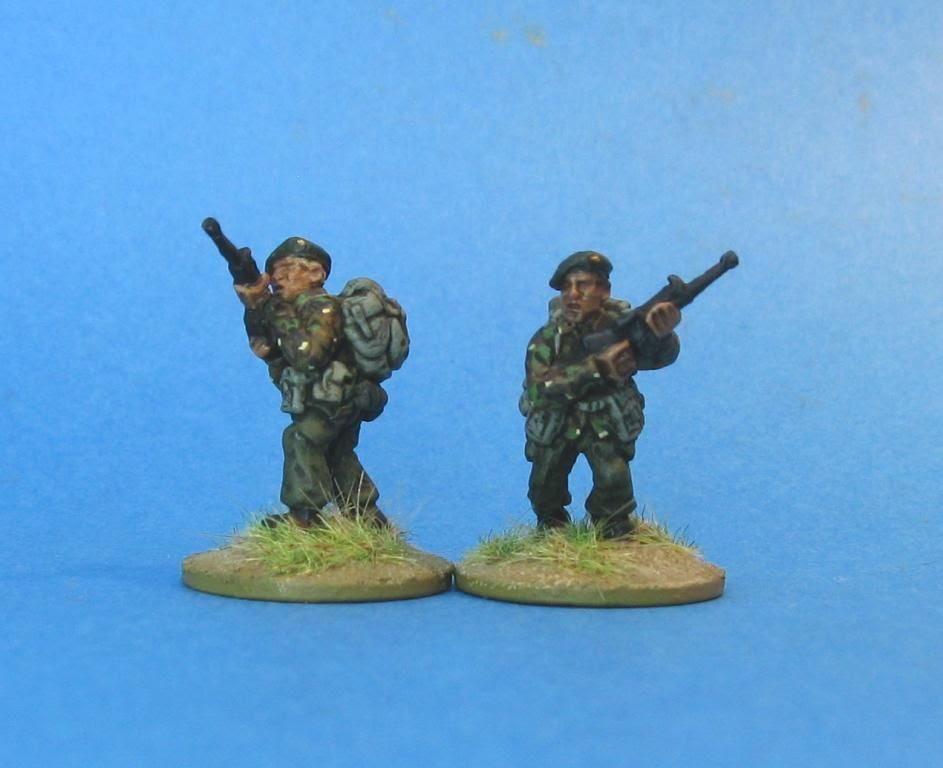 Two of the lads with L1A1 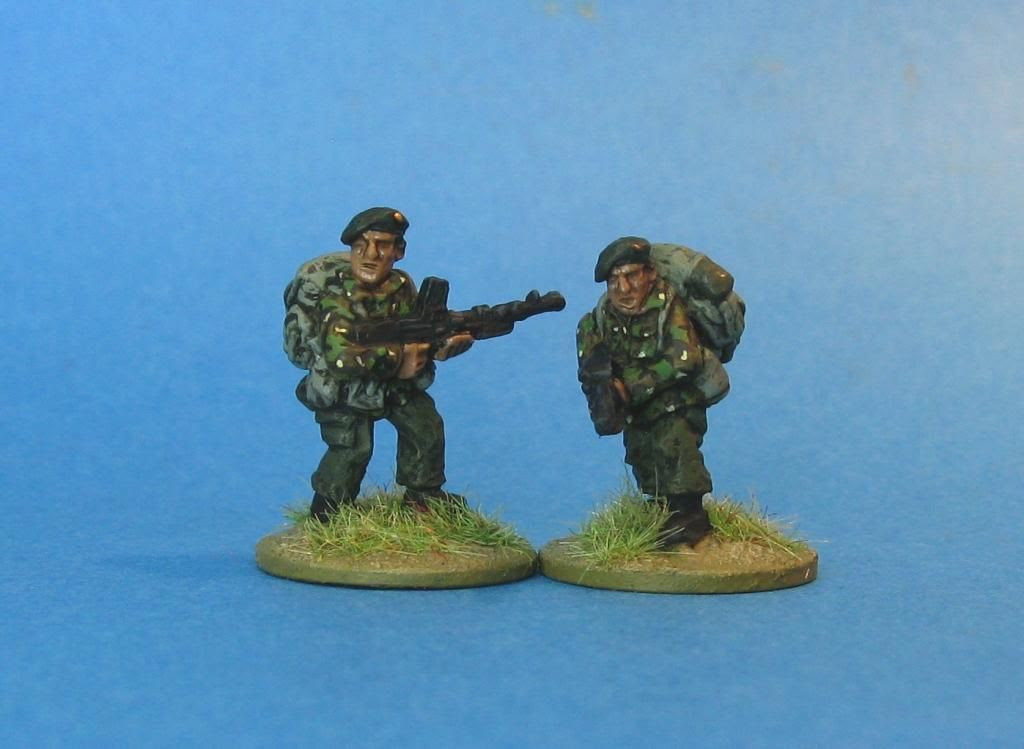 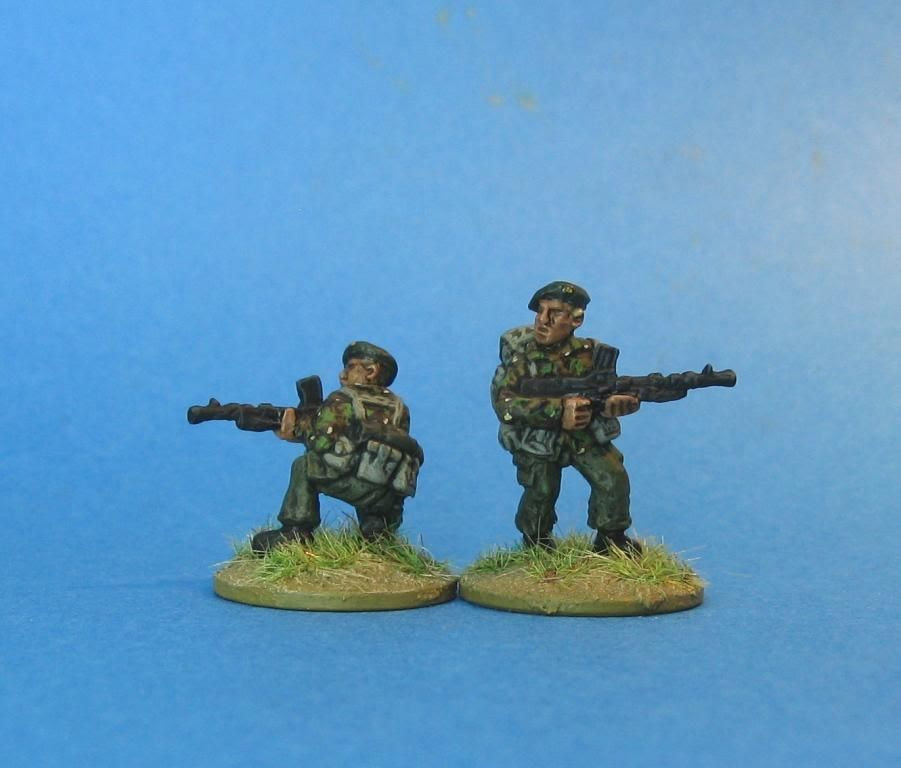 2 more L4A4 gunners - I probably went a bit overboard on them - have way too many... 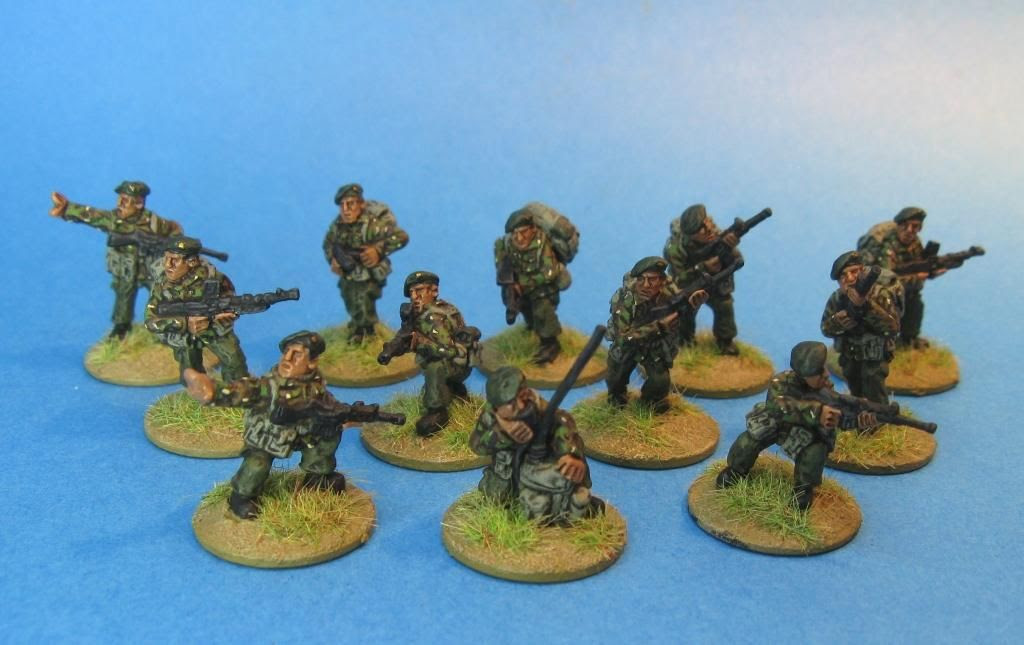 That's all the batch 2 lads in one shot.

So - happy that these guys are done - now I just need to finish off a mortar team and I'm about as done as I ever am.  Could do (and should do 2 mortar teams) but I went and lost one tube so I'll have to sort that before I can finish off the second team...  Silly me...