OK - so I decided to post this one up straight away rather than wait...  What can I say?

Anyway - my final entry to the Task 3 build was what I now beleive to be a B.W. Models Stalwart.  Previously I had stated it was a MMS model - but I now beleive that to be wrong.  That's what you get for buying second-hand models I guess - but hey, I'm definitely not complaining.

The only thing I really had to do to fix up this model was to pin each of the wheels.  From there it was simply straight onto painting.

Here's the final pics of my Stalwart: 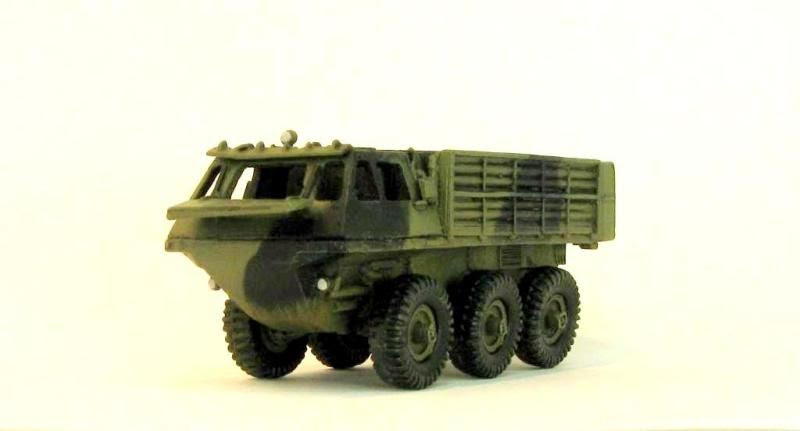 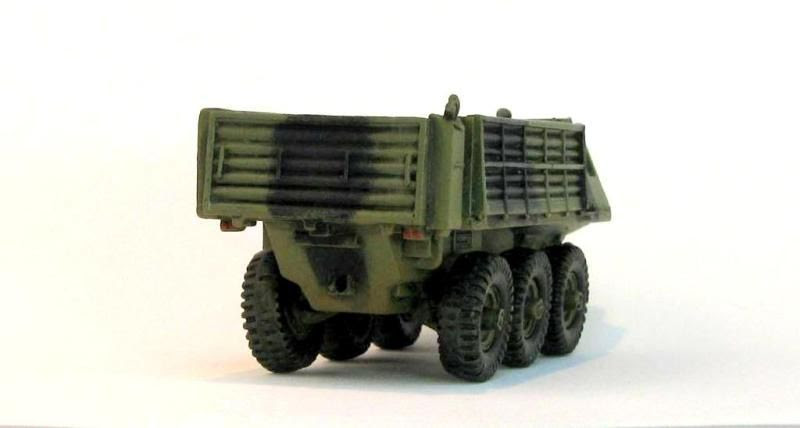 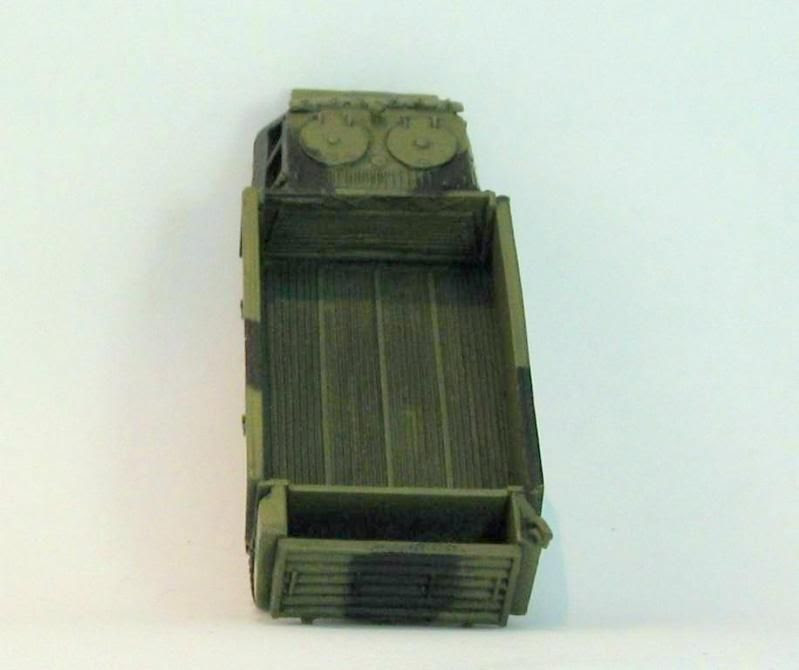 Finally - heres some videos of Stalwarts in action

Richard
Posted by RichardC at 4:15 PM No comments:

In the past couple of years I've made more plastic kits than I previously did in the last 20 years.  Some have been agony (ACE Models - I'm looking at you) some have been tricky (Revell Marders and Leopard 1A5s - I'm talking about you) and just one kit really stands out in my mind as both an excellent model and incredibly easy to build.  And of course that model is the Trumpeter T-55 with the KMT-5 mine roller.

Typically I take a few days to build a model - yes I am very slow - and therefore I also normally try and build 2 models at once, which kind of mitigates some of my slowness.

However, I popped open the Trumpeter box and built this little beauty in a couple of hours.  Which - you can see - is lightning fast for me.  I had previously been thinking I would just build the mine roller (which looked a little intimidating) and attach it to a T-72, but decided in the end to just build the kit straight from the box and see what happened.

So obviously I am very chuffed with this kit - I just now have to go back and fix up the main driving light onthe hull which I painted ina quick and fairly dodgy fashion - mainly just to finish off the build. 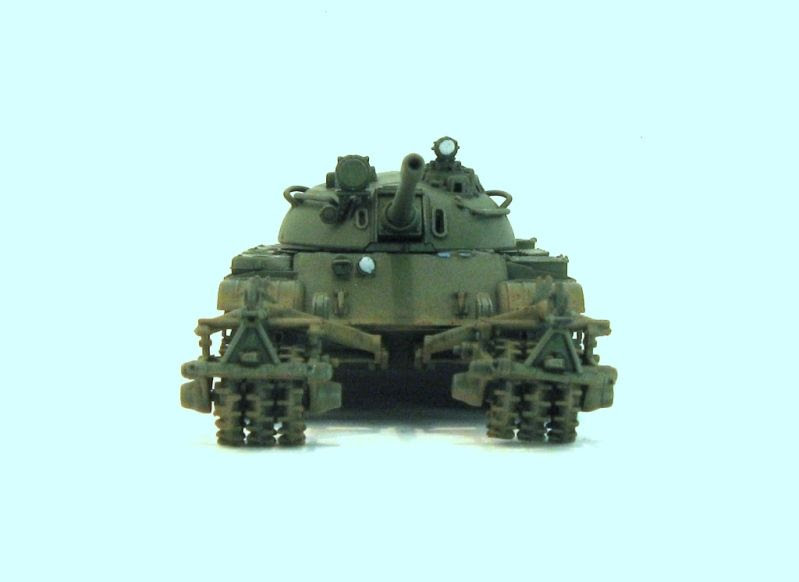 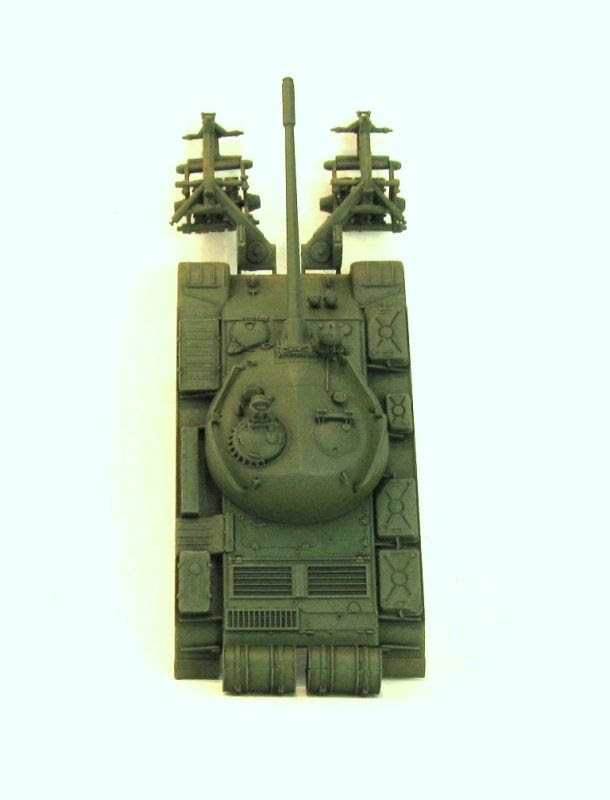 That's all for now - next up my Stalwart and then onto the next build which is plodding along slowly.

Richard
Posted by RichardC at 3:55 PM No comments:

Well, that week (my first back at work) has just spun by, and this is my first chance to update the blog.  This week I've got some more pics of my Cromwell Models Chieftain Mk 5 Armoured Recovery Vehicle.


According to the web, the Chieftain ARV was manufactured by Vickers at Elswick and was based on the chassis of the Mk 5 Chieftain MBT. The main double-capstan winch with electrohydraulic controls is provided with 122 m of 28 mm diameter cable. The similar auxiliary winch is hydraulically operated and provided with 260 m of 11 mm diameter cable. Power for both winches is taken from a PTO on the main engine. Mounted at the front of the ARV is a hydraulically operated earth anchor which, when lowered, allows the vehicle to exert a pull of up to 90,000 kg.

The Chieftain ARV has a crew of four and a loaded weight of 56,000 kg. Armament consists of a cupola-mounted 7.62 mm machine gun and smoke grenade dischargers. In total, 257 ARVs were built at Newcastle-upon-Tyne, of this figure Iran ordered 73 (of which 41 were delivered) with Jordan taking a further 30 vehicles.

This was a pretty nice resin model by Cromwell, for which the main problem I had was the fact that there were no instructions.  I was also missing at least 1 part - but that can be the nature of picking up models second hand.  Also like many resin kits the tracks were slightly bent, nothing a lot of very hot water couldn't deal with.

Like all cromwell models, I had to remove excess resin and this caused some problems with the tracks and I lost some track teeth.  The earth anchor also has excess resin, some of which I beleive would be next to impossible to remove, that that is for the most part unseen.

I had to create a new drivers hatch from scratch so don't look to closely at that!

Once I'd found a bunch of photos of someones very nice 1/35th equivalent kit online, it was relatively straight forward to work out what went where - and so for there the build and paint job was very easy.


So here is my version of the Chieftain Mk5 ARV: 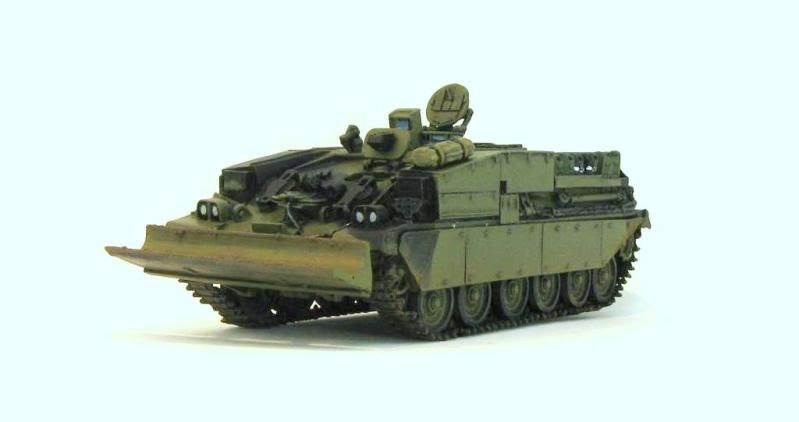 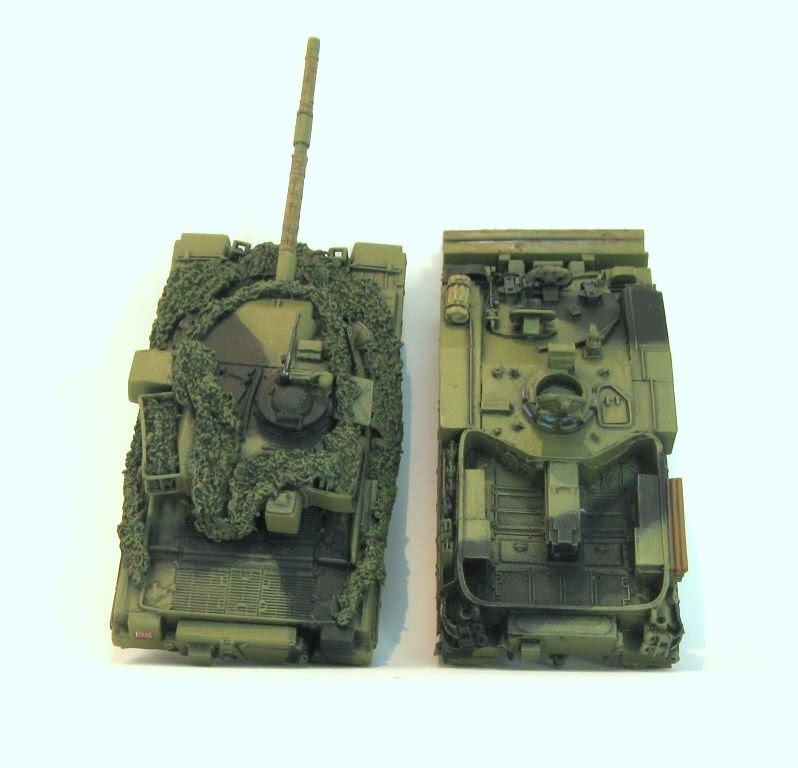 Finally made it back from holidays and whilst I absolutely loved every minute of it, it is nice to be home.

We had a great time in Europe, and my wife was very sporting in allowing me to drag her through a number of battlefields and Commonwealth War Cemetry's searching for relatives.  It did mean we got to see a few spots that really were off the beaten track.

Took more photos in 3 weeks than I think I have taken in my entire life - but just one that fits the Cold War theme of this blog.  Crappy picture as I was in the front passenger seat when around the corner this old beast came - somewhere in Southern Germany: 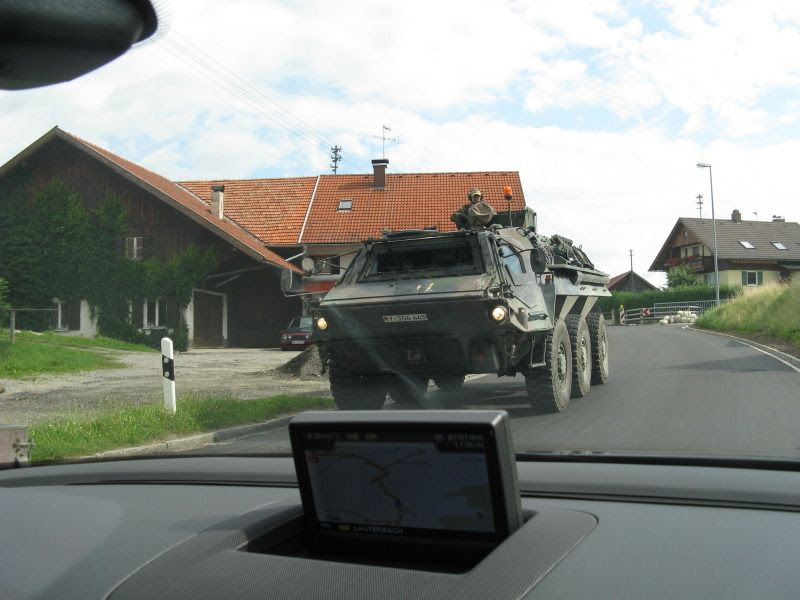 Picked up a few good terrain ideas for my Cold War gaming tables as well... more on that later.

Hope you're all having fun...

Posted by RichardC at 3:56 PM No comments: