Time for another update.

Another thing I finished recently were some more Elhiem Bundeswehr troops - this time some of Matt's newer stuff, primarily his NATO06/BW07 NATO LAW 72 gunners and NATO07/BW08 NATO NCO with Uzi SMGs.  There is also a mix of slightly older figures with G3 and Pzf 44s in there as well.

Hopefully these figures will complete my Bundeswehr infantry company.  Moving figures around I should now be able to field a Panzergrenadier, Jaeger and Fallshirmjager company - from a figure point of view.

More on that in later posts.  For now - onto the figures.  Pics are a little dark - but I managed to rescue the better blue peice of cardboard from behind the shelf - so happier with that! 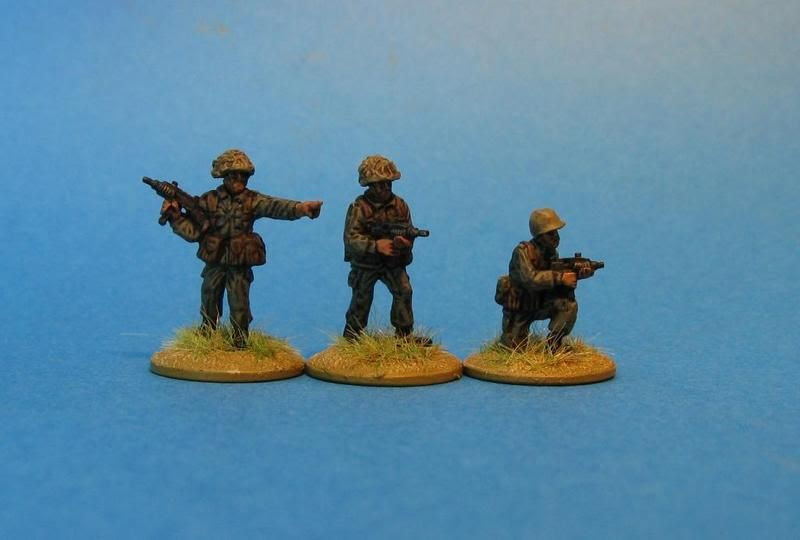 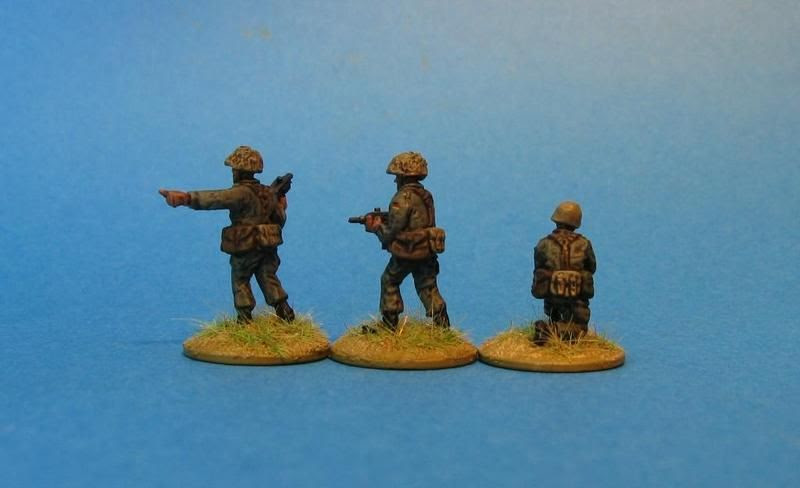 This is Elhiem's NATO NCO with Uzi ("9mm" for Terminator fans) SMGs set.  All the figures are useable for Bundeswehr and are excellent (IMHO). 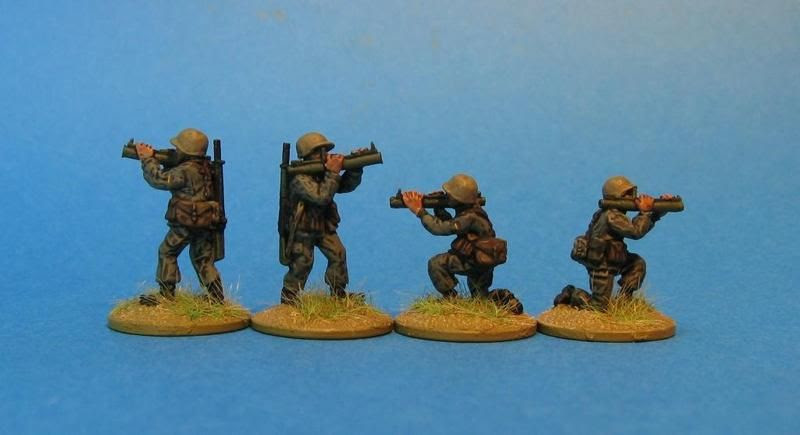 These are two of the figures (from 2 packs obviously) from the NATO LAW 72 Gunners pack.  I didn't use one of the figures in the pack - as they were not really useable as Germans - better for Canadians maybe - so they got put aside for another project.  Again - great figures. 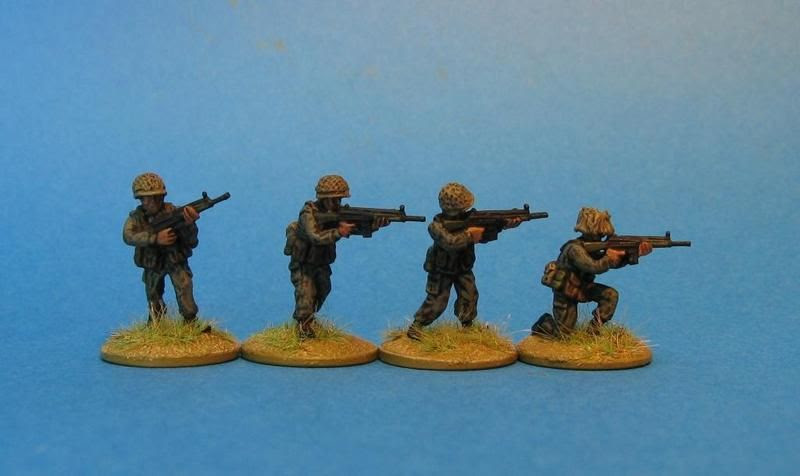 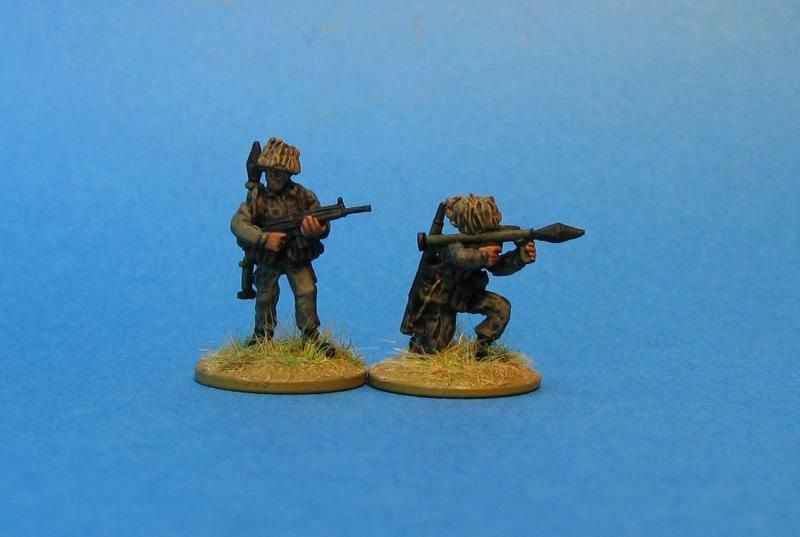 Standard Bundeswehr figures as seen before 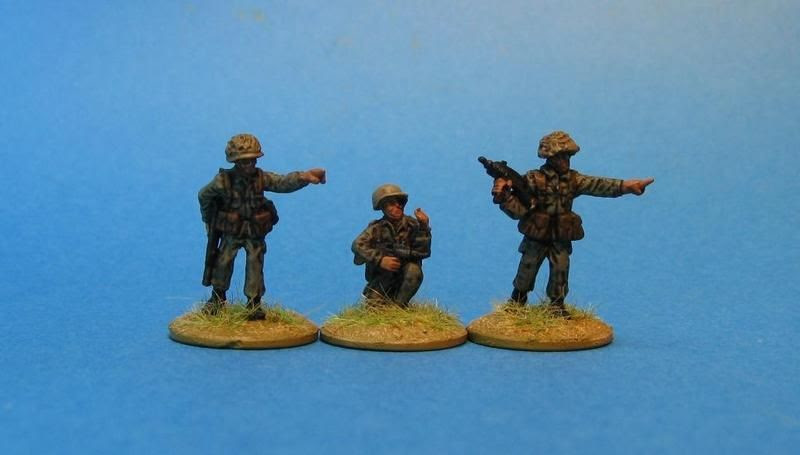 3 Officer/NCO figures.  The centre figure is actually from one of the Elhiem Israeli sets with a head swap. 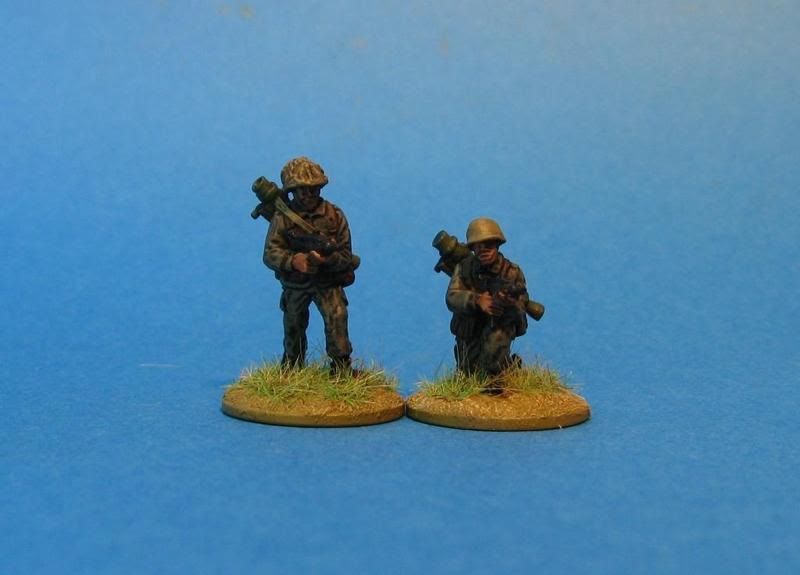 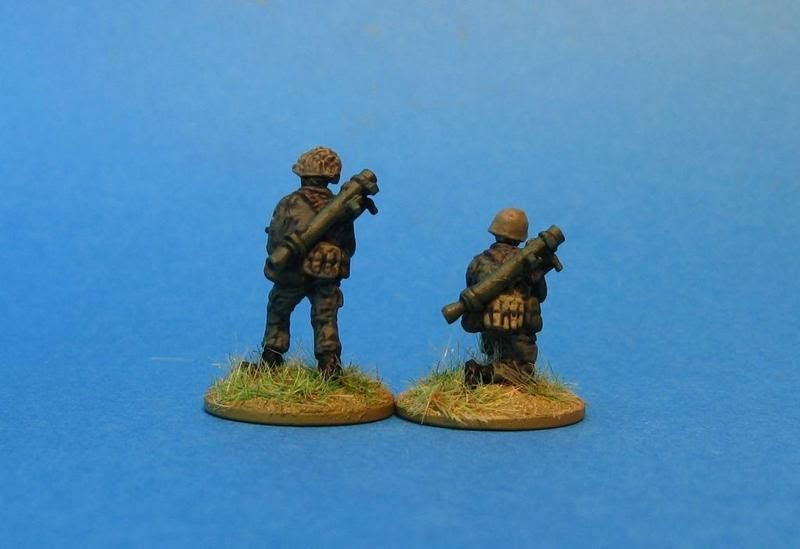 A couple more simple conversions - you can never have enough Carl Gustav's can you!  Standard Elhiem figures with S&S Carl Gs added. 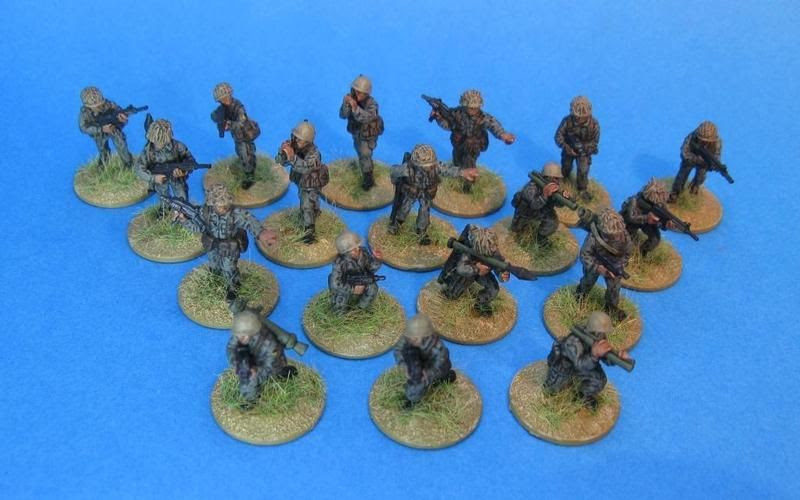 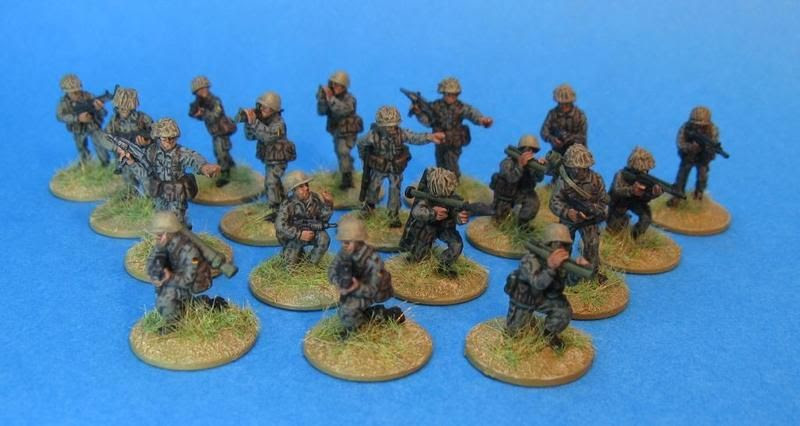 This is the whole mob.