I've just finished taking a bunch of photos so I thought I would post a few now rather than wait until tomorrow.

So ages and ages ago when I first started this blog I posted up first one and then another  old Airfix Harrier GR.3s - on the ground.  I knew one day I'd need a flying one for some air support, and now I've finally finished it.

Truth be told, I stole the two laser-guided bombs from one of the old Harrier's (previously stolen from a Buccaneer kit) and stuck them on this Harrier - just for something a bit 'cool'.  The only downside of the kit, from memory, is the only offensive armament is a couple of AIM-9L sidewinder AAM.  I needed something to give it a more CAS feeling!

So here it is: 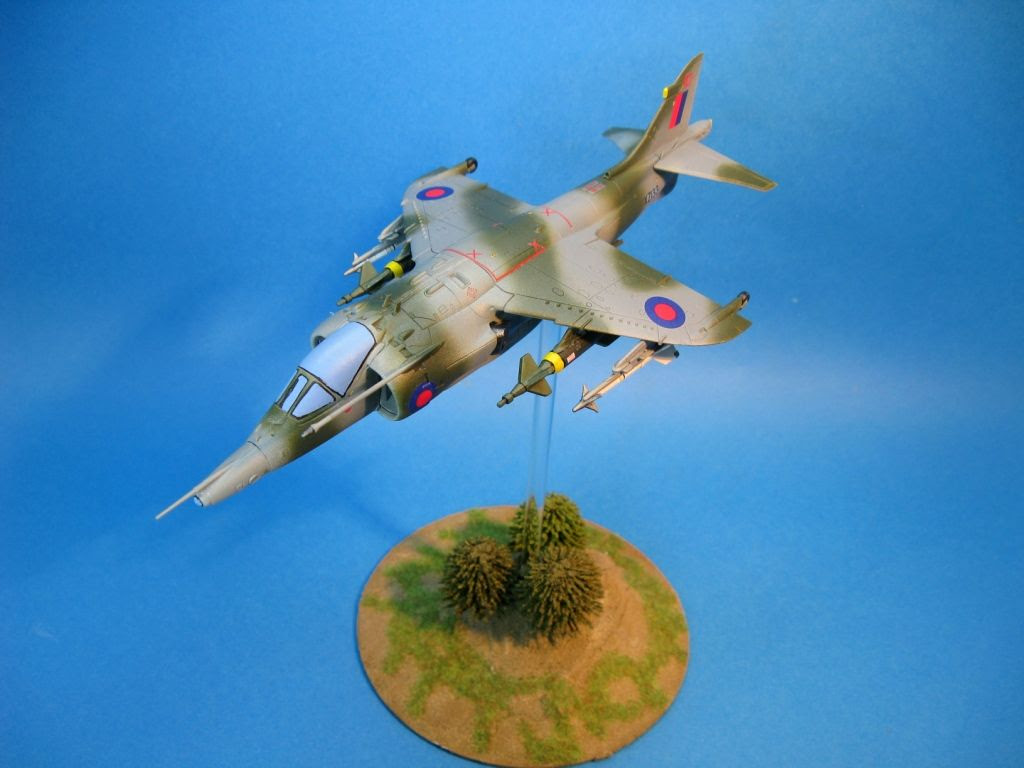 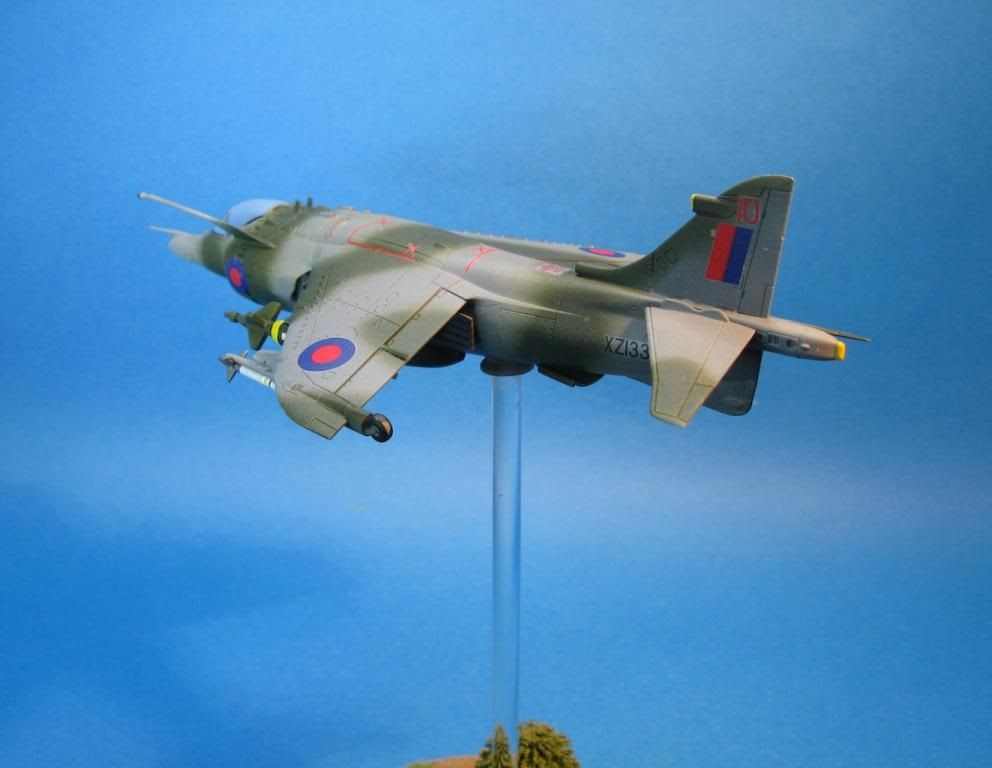 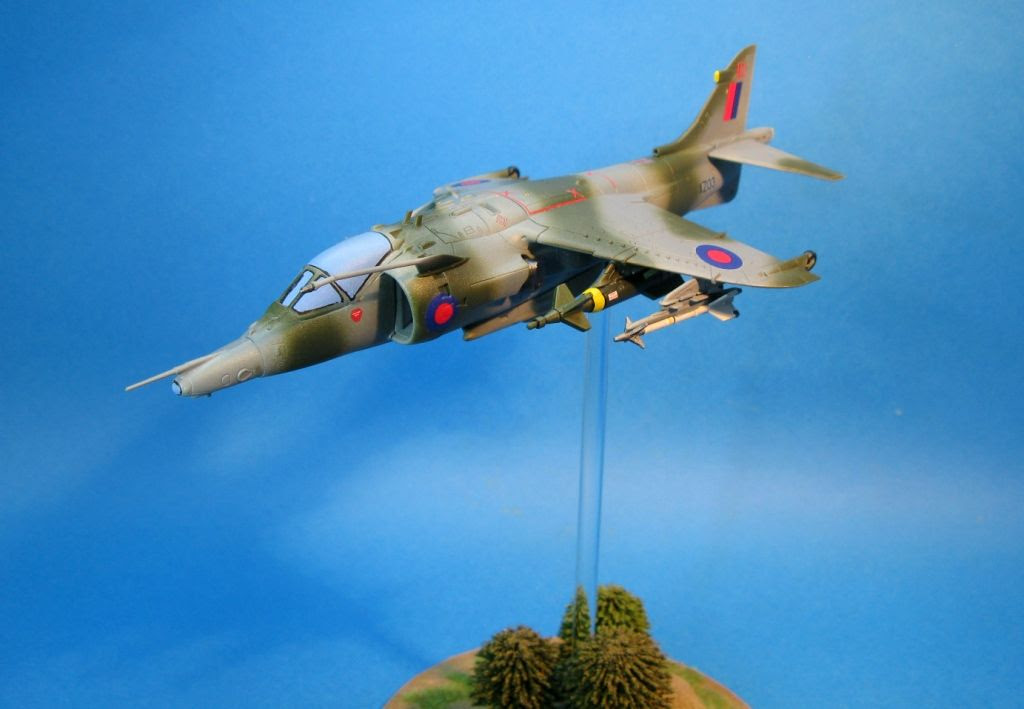 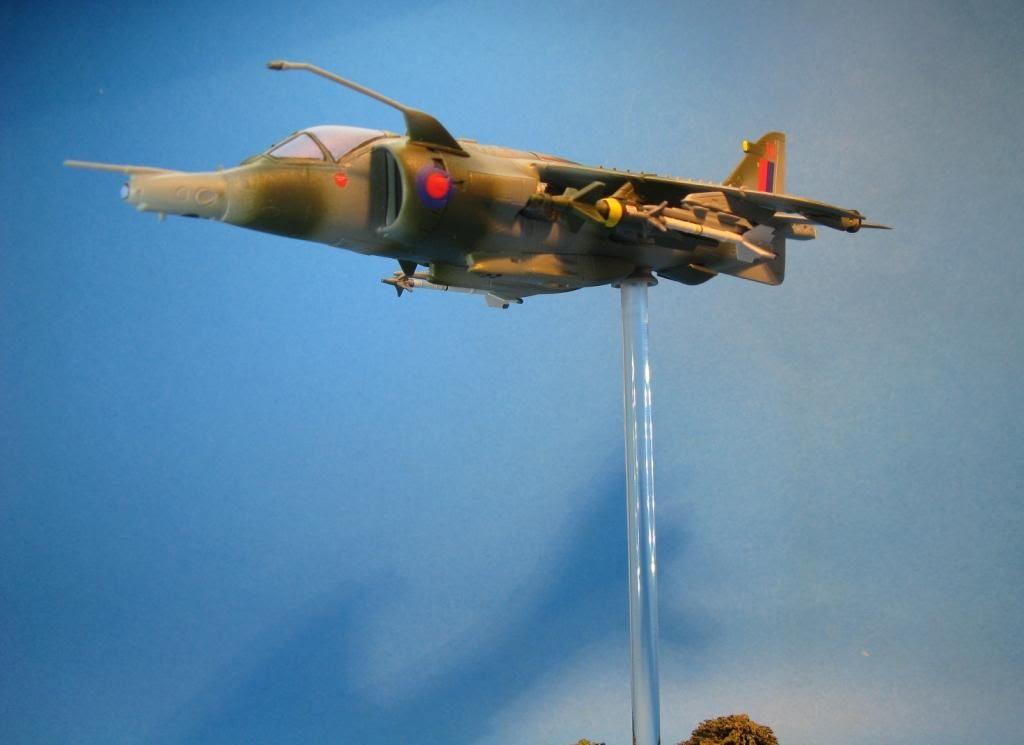 The last photo is a little dodgy - I was trying to show the ordnance.

Anyway - that's another job done.  Now I just need to finish that RAF Phantom and one day add a Tornado and a Hawk to my asset list.

Richard
Posted by RichardC at 11:12 PM