Nothing special about the paint job - just a quick one to get them to the point of being able to be used.  All are very similar except the Soviet Military Policeman - whom I have shown by himself previously. 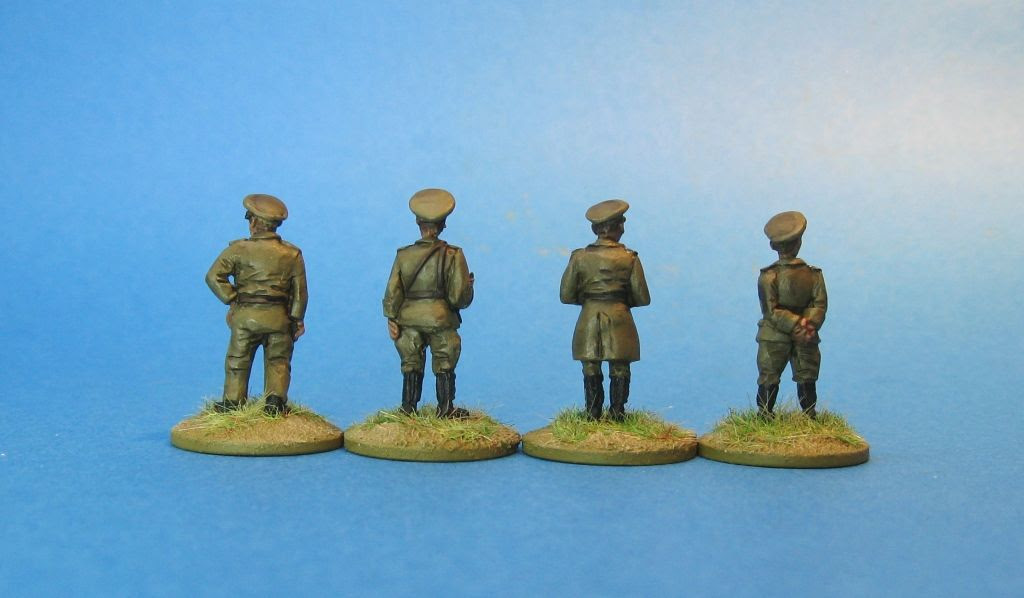 A really nice set that I have a couple of plans for using in some special games. 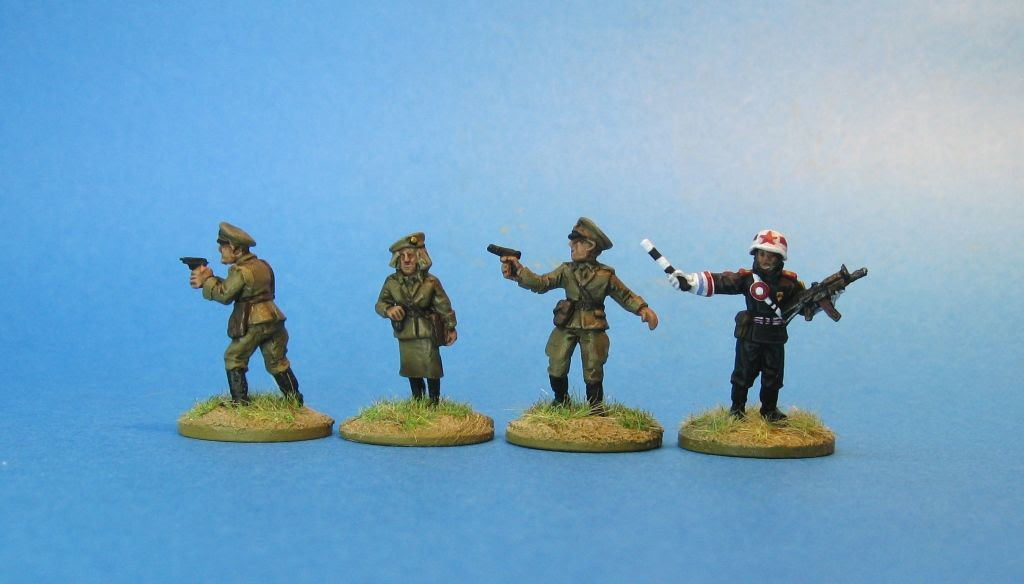 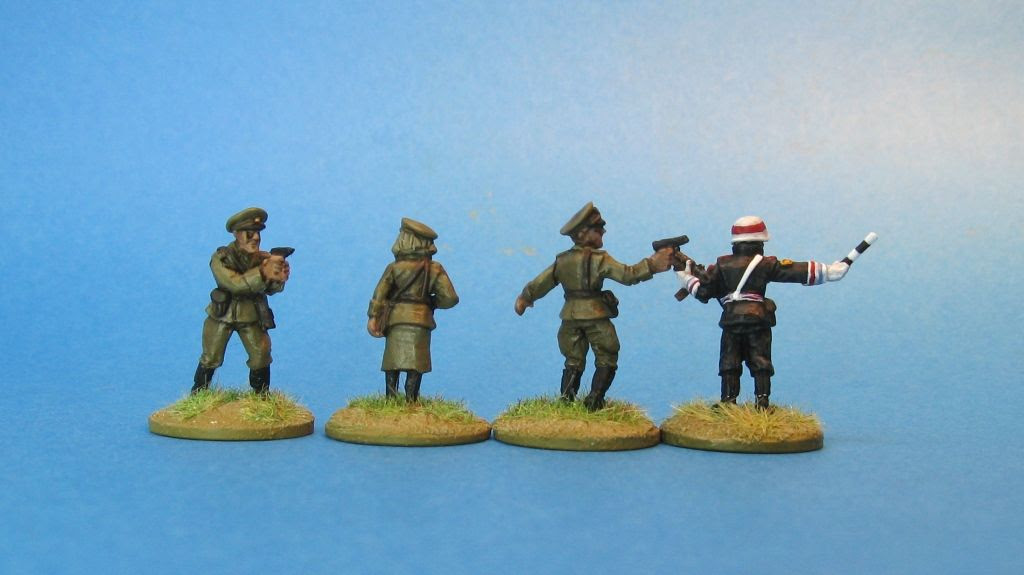 More useful figures.  I'd love a couple of different MPs to make a small 4 man team of them...  I can dream!


So that's it for these guys.  I should have another post later this week.


Richard
Posted by RichardC at 1:02 PM