Okay – on with the show…

The next completed Cold War hot figure project was my Liberation Soviet VDV paratroopers and some Motorised Rifle troops – all in one piece KLMK camouflage uniforms. Once again I got this whilst holidaying in the States with the help of Duane at Syr Hobbes Wargames.

I borrowed this from Wikipedia:

Kamuflirovannyy Letniy Maskirovochnyy Kombinezon or KLMK (means Camouflage Summer Deceptive Coverall) was developed in the 1960s by the Union Soviet to overcome the widespread use of night vision optics and devices by NATO countries. This one piece camouflage suit was soon to become one of the most widespread used and revered devices out of the Soviet Union.

This piece of camouflage was first tested in 1968, and finally given to the Red Army in 1969. It is produced to this day.

It was issued by the Soviet Union, and currently the Russian Federation. It is also seen in some conflicts around the world, and by some Eastern Bloc countries.
Soviet forces saw the odd looking but effective new camouflage as strikingly odd. The patterns on it sometimes resembled the colossal ears of a bunny rabbit, and the look of sunlight on the forest floor. That is how many Soviet soldiers referred to its new slang name (sun bunnies). 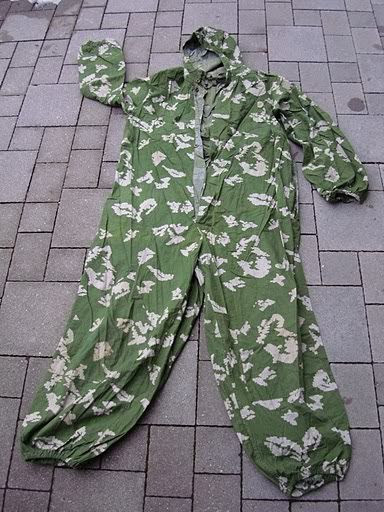 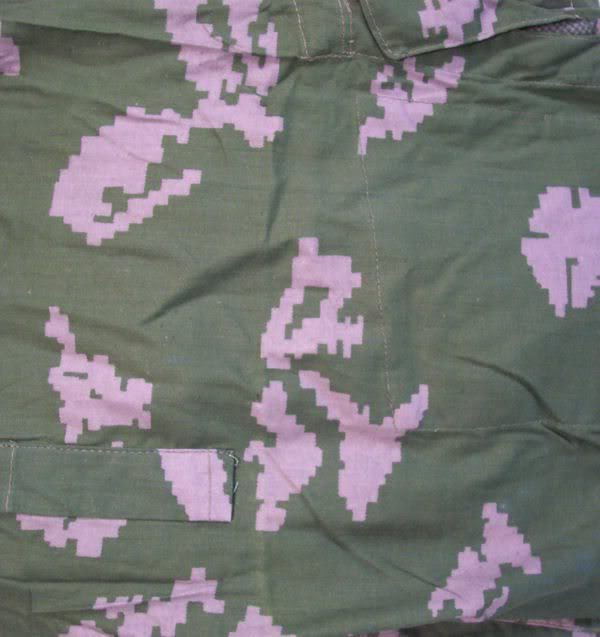 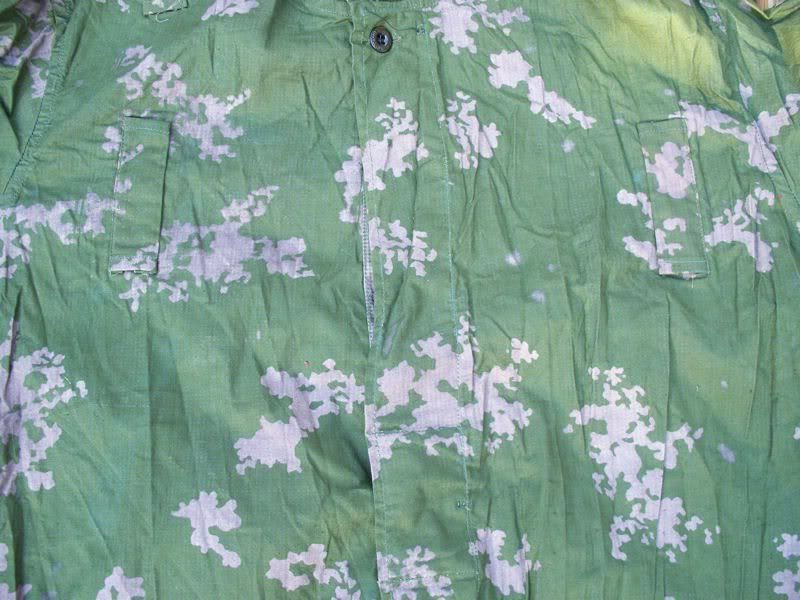 My aim was to have them look like this: 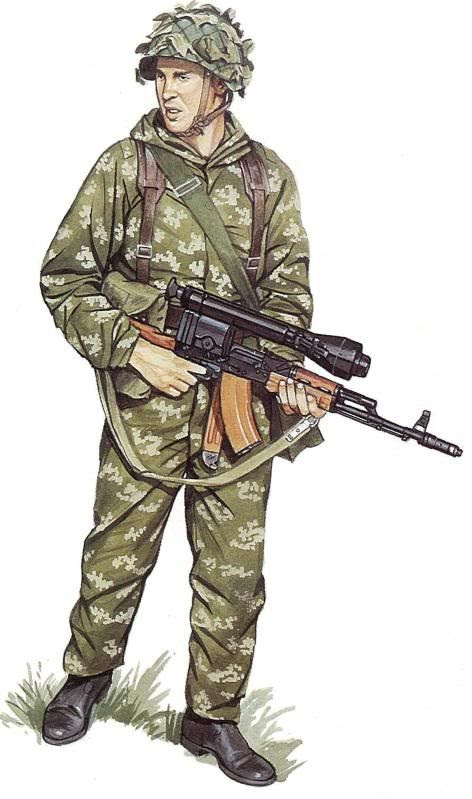 These images were taken from Osprey’s Elite Book 5 “Soviet Bloc Elite Forces” which again I bought years ago and the previously mentioned "Inside the Soviet Army".

I wrote down the colours I used as I knew I would have to come back at a later date and do many, many more. They were painted using more of what I would call – a traditional method – no fancy ‘Dip” here!

Here are some pictures of the completed figures: 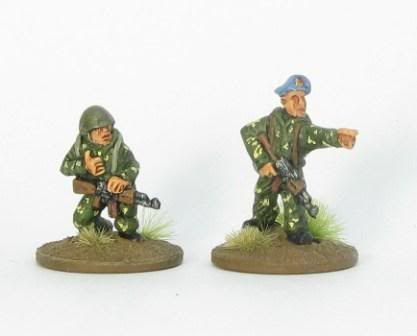 Officer (or NCO) and Signaller 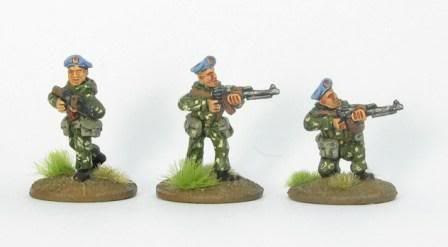 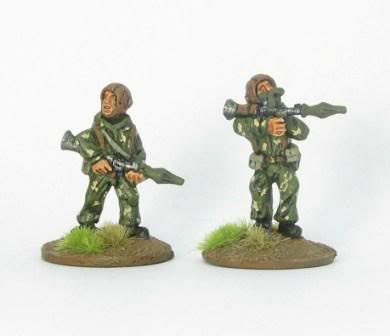 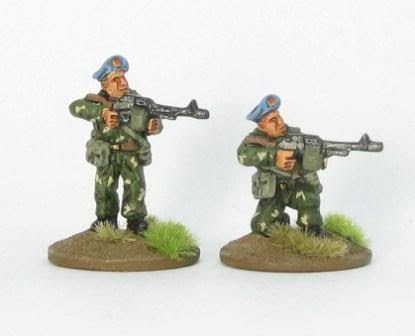 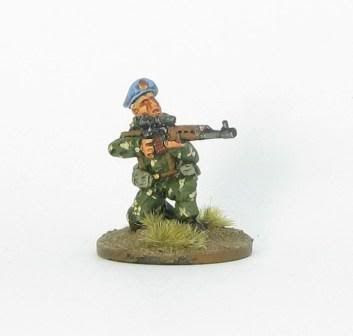 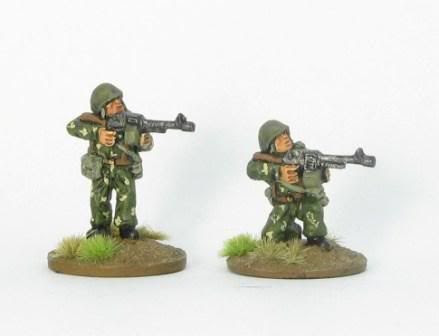 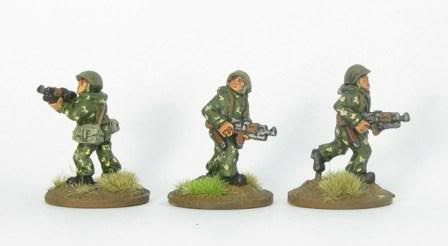 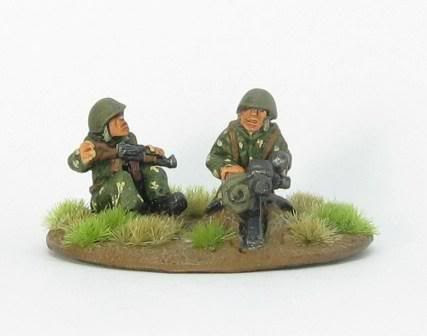 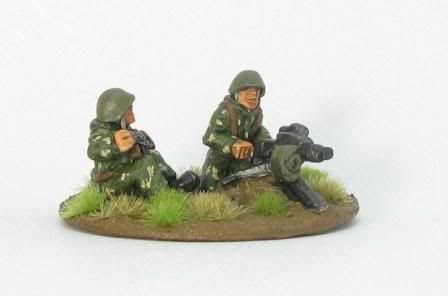 Richard
Posted by RichardC at 4:12 PM