Back to Denmark - Final figures Part 2

OK - so for once I actually finished something when I said I would!  So without further ado I'll jump straight into the pics.  They are a bit large - so you'll have to use your imagination a bit to think that they are actually just 20mm figures.

First up my Hovea SMG armed NCO.  This is a Wartime Miniatures WW2 US Army figure with a Thompson SMG from this set: 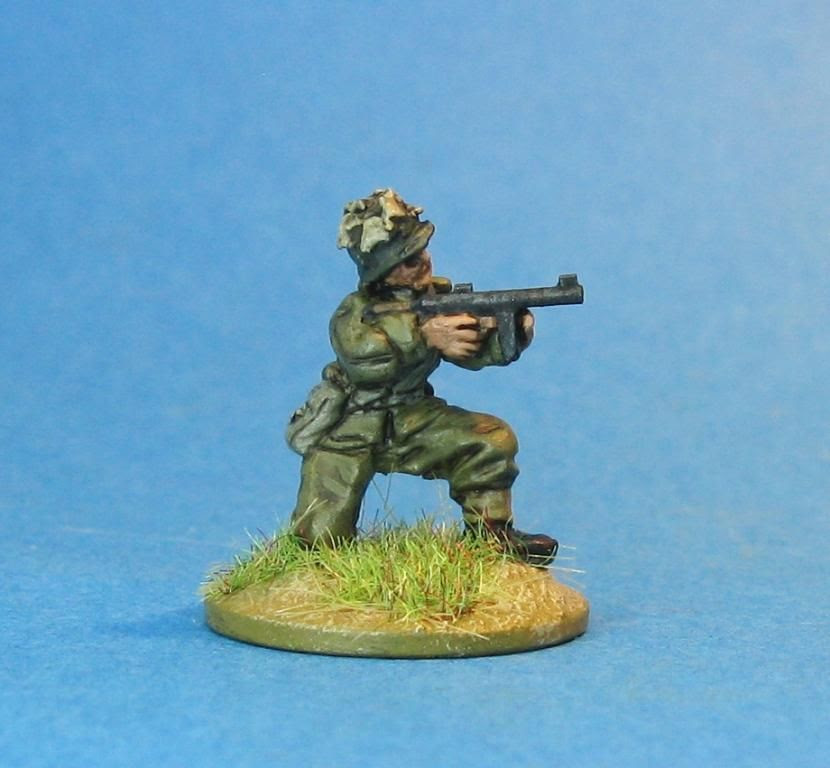 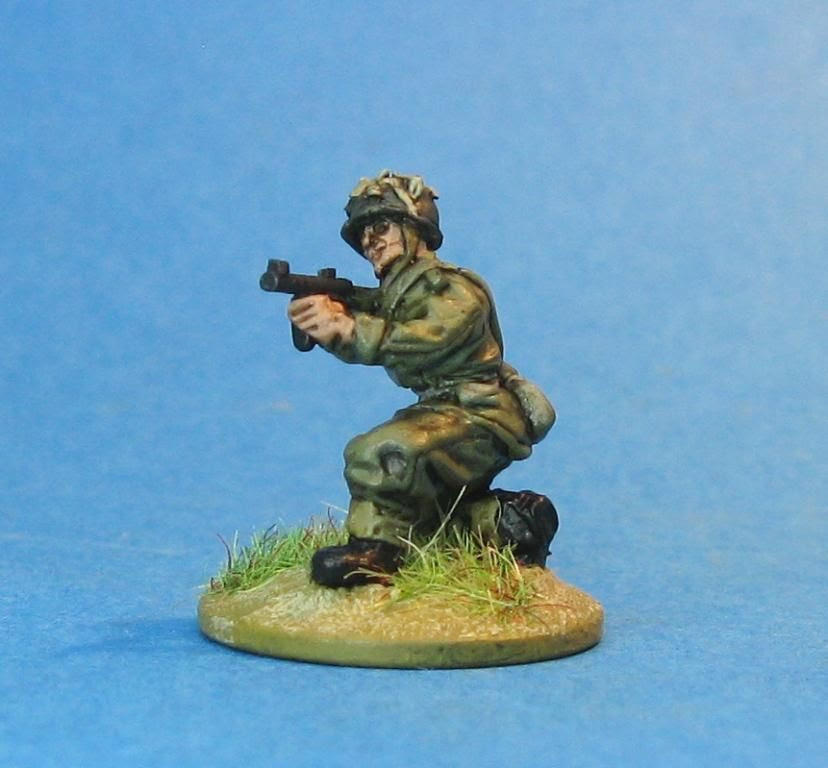 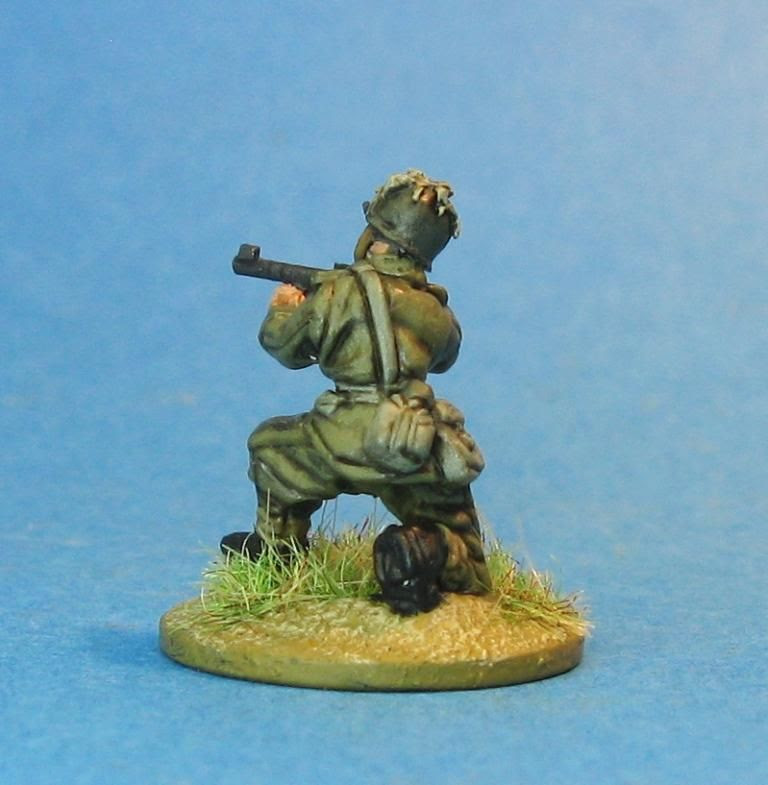 Next up my Forward Observer Team - made up of an Elhiem Miniature (the observer) and a Wartime Miniature (the big fingered pointer) from the same previous set - so he was holding a tommy gun.  This was replaced by the scratch-built Hovea. Perhaps I should have reduced the size of his pointing finger - its a monster! 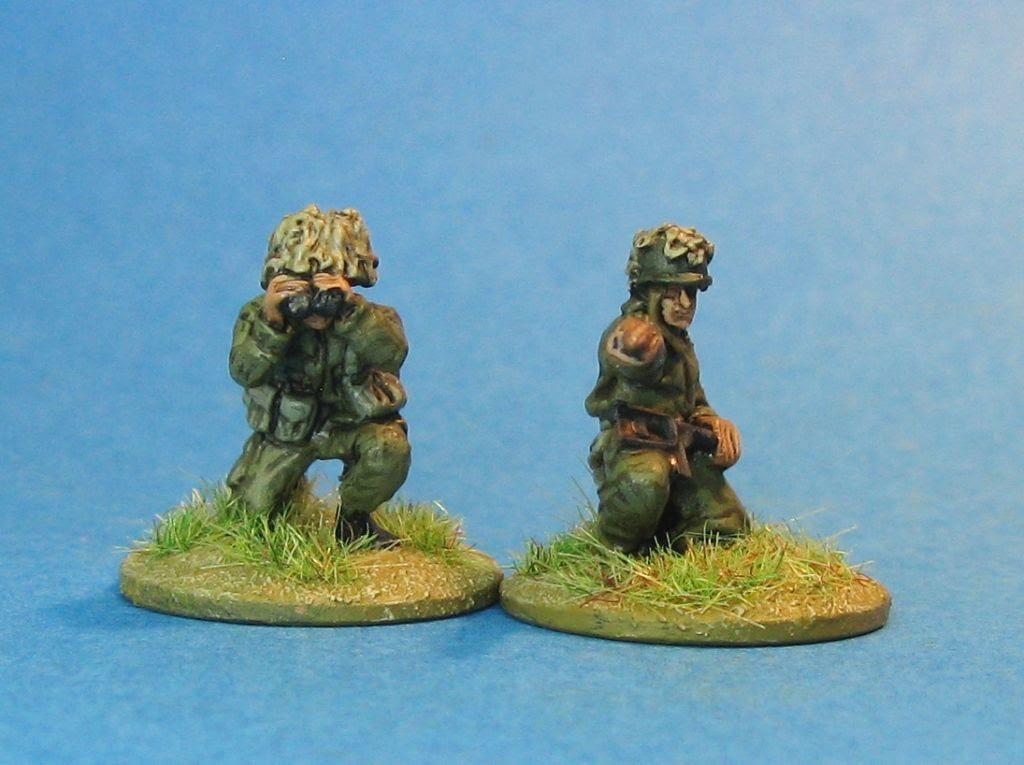 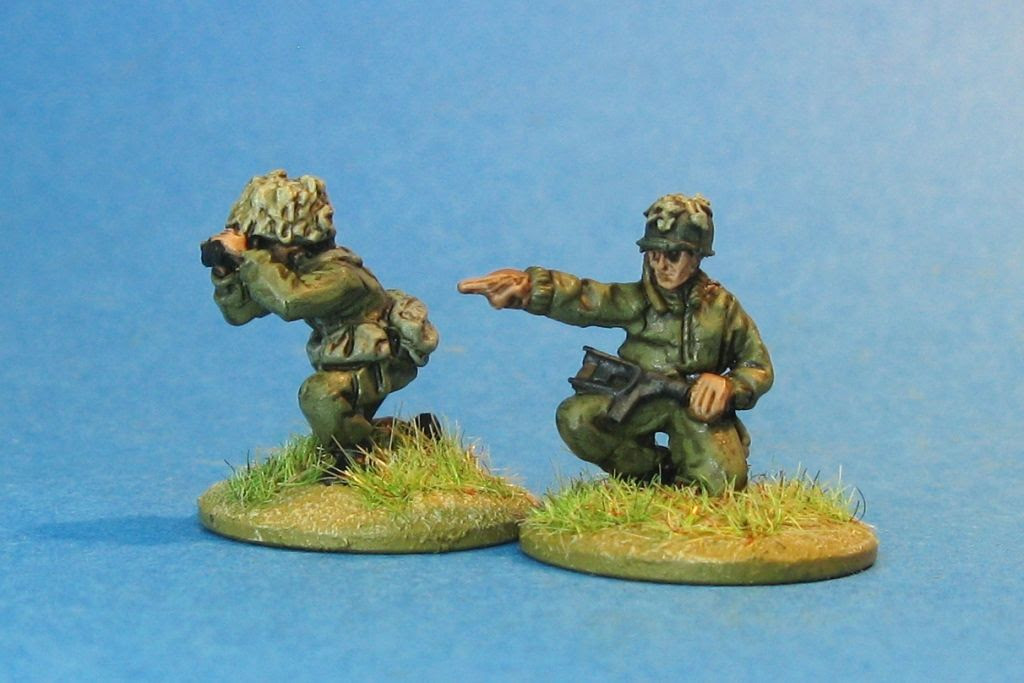 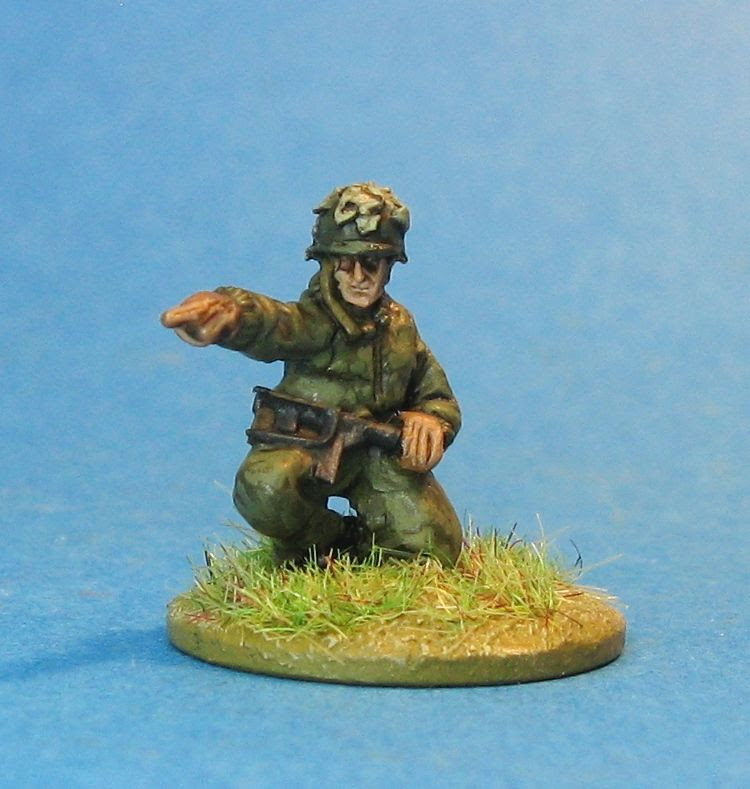 Now my Medic and casualty.  Both are Wartime Figures with the Medic coming from this set while the casualty (more obviously) comes from this set.  The only thing I did was remove the M1 Garand from the casualty as I thought it made him look more like a WW2 figure, while without the gun he could be either a standard Infantry man or a Homeguard figure. 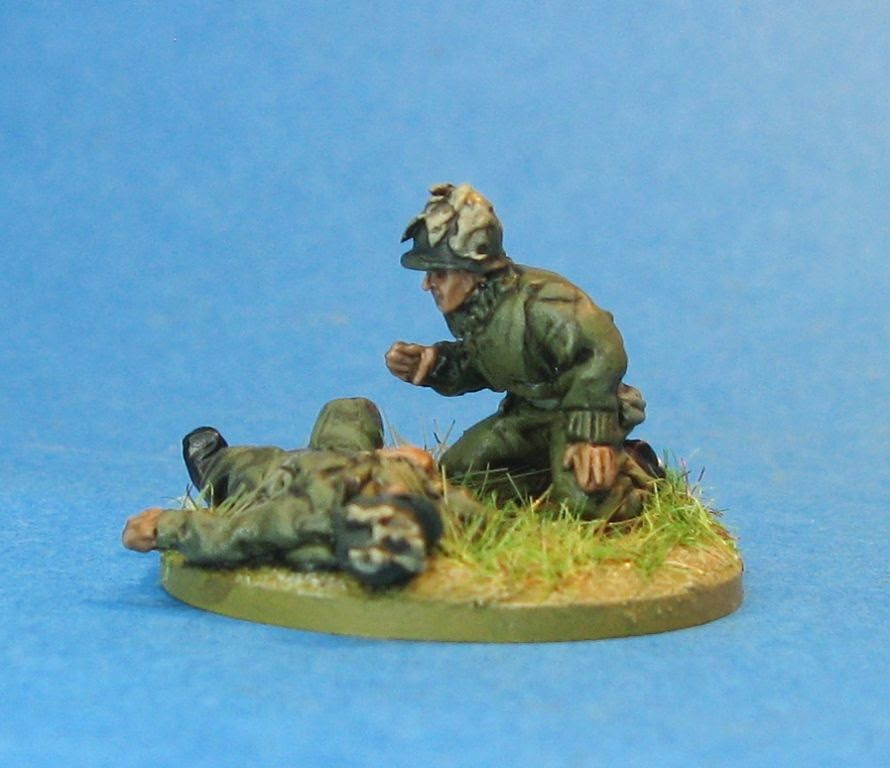 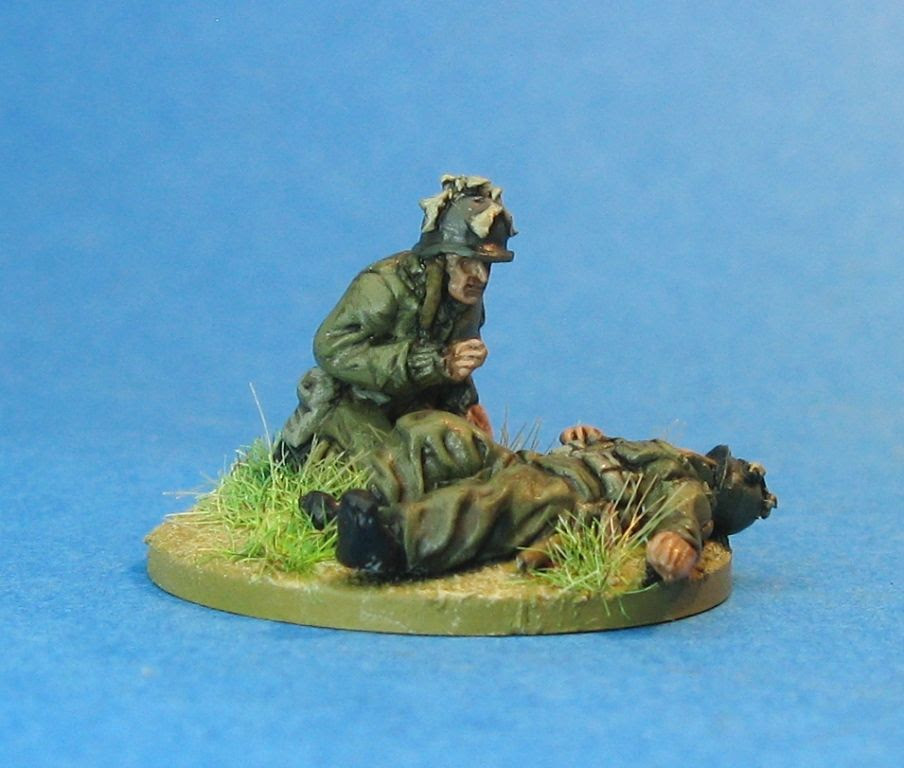 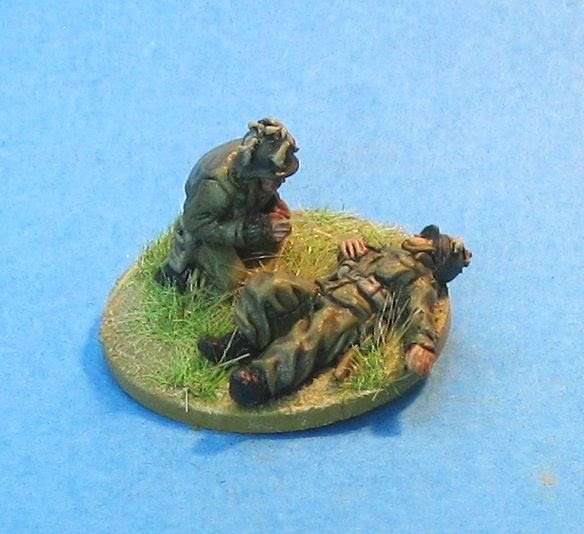 Last up is the 60mm Light Mortar team.  Both AB Figures from this set.   As shown previously they had their small arms removed and replaced by Hovea SMGs and like all the rest, scrim was added to their helmets. 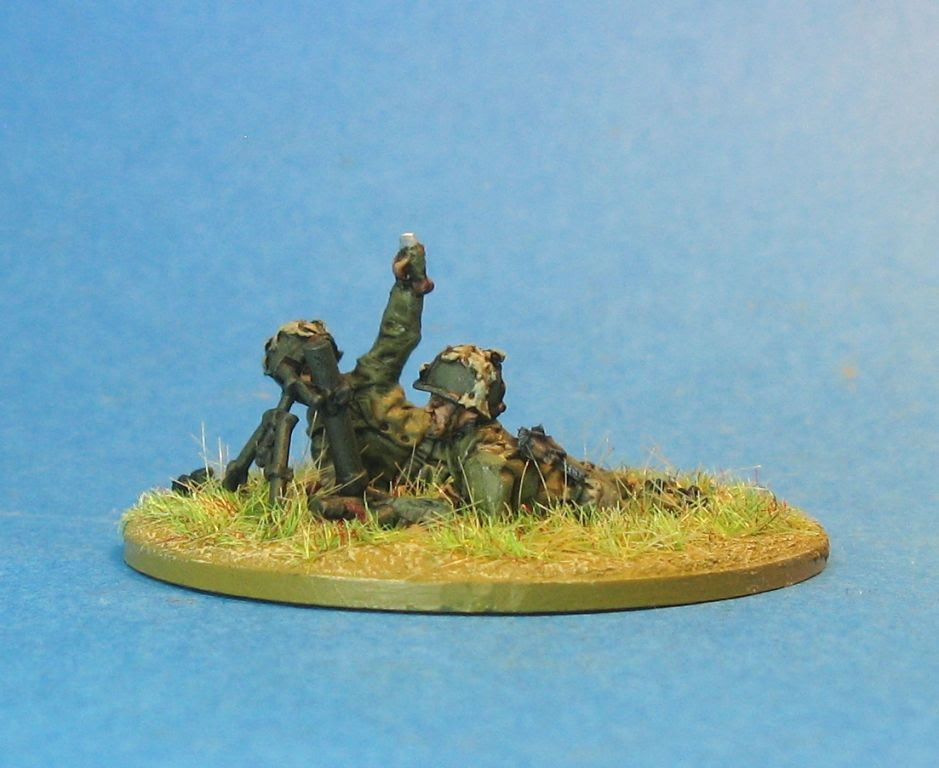 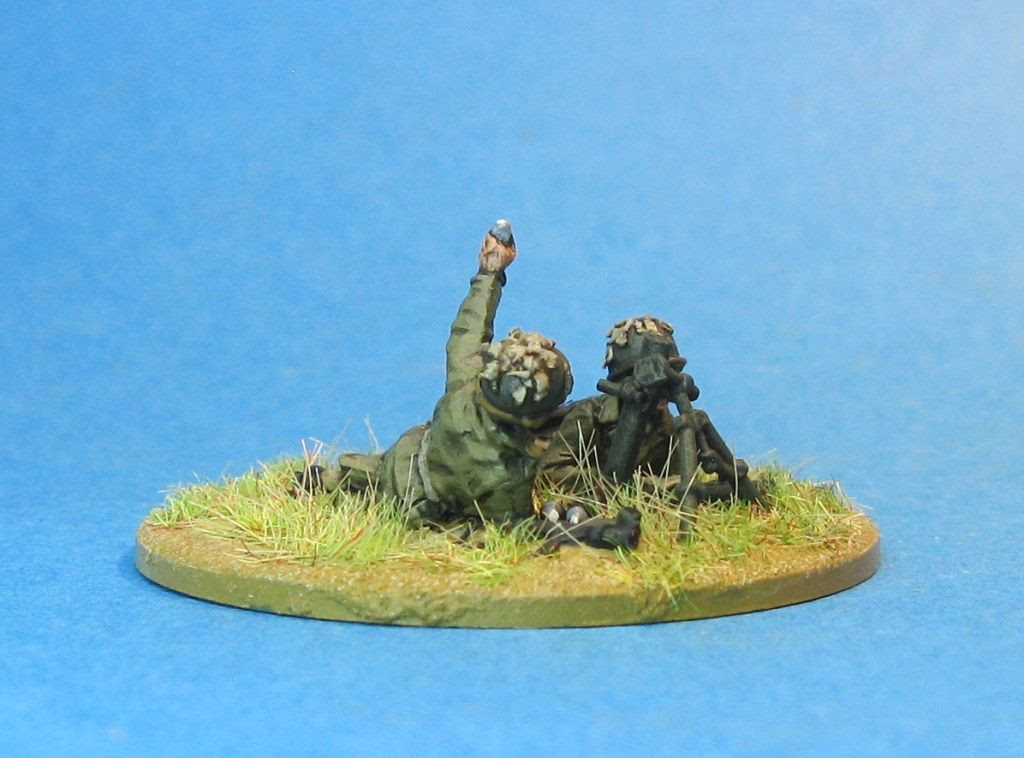 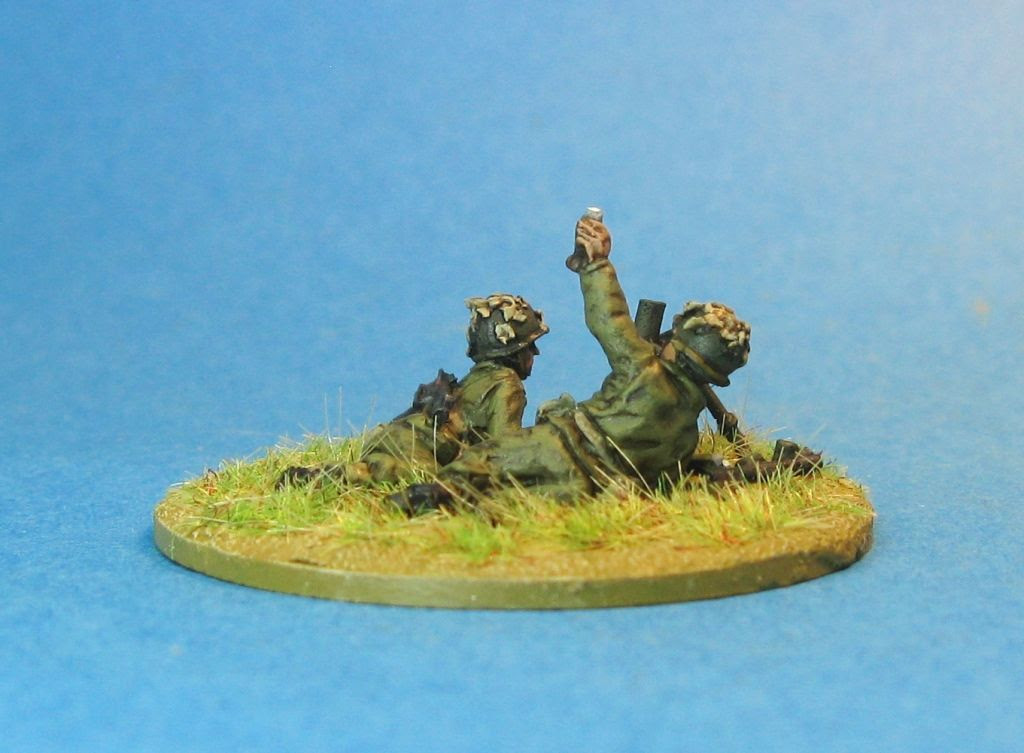 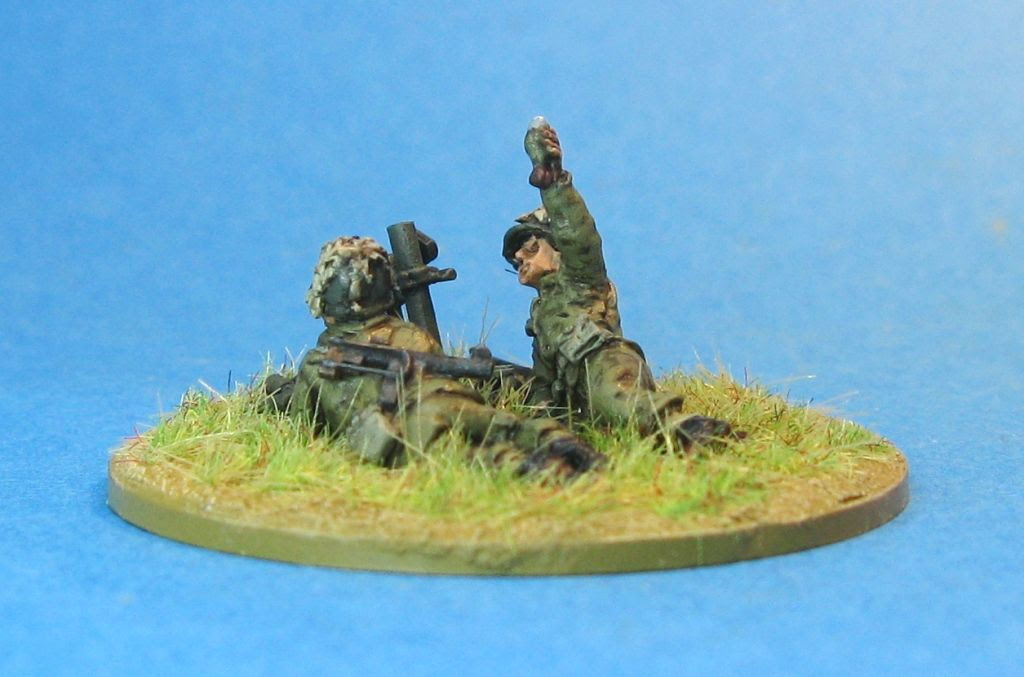 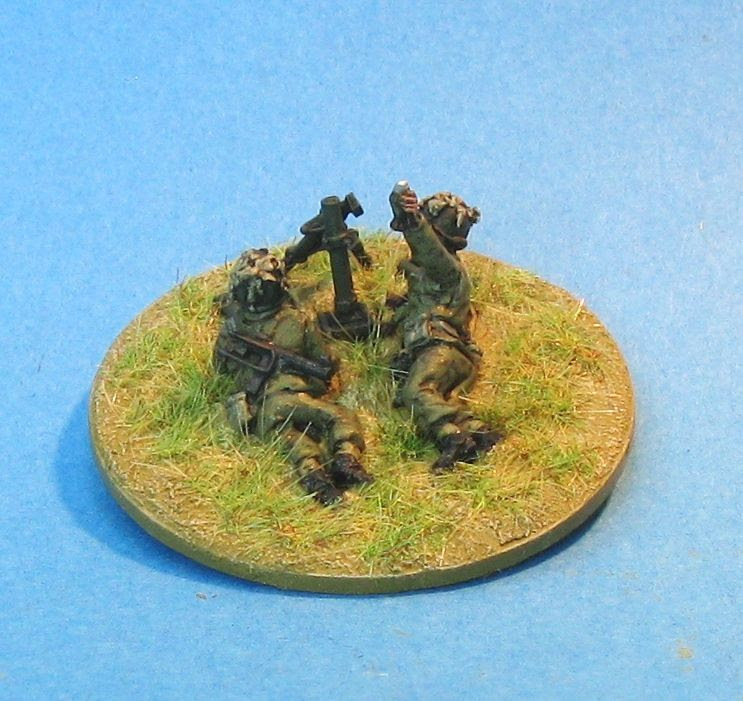 And now the final pic of the whole bunch - with the Medic/casualty in the background.

So that is that job done.  Now the only Danes I have left to do are a small, 8 man,  HJV Special Intelligence Patrol (at some point in the future) and some vehicle crew for a couple of Land Rovers.

Richard
Posted by RichardC at 1:13 PM