So I've finally finished my first batch of Royal Marines - so of course had to share!  These figures are all from RH Models or Liberation Miniatures as I call them from the FALK range using just the figures with berets. Now I know that the Marines did not go into combat wearing their berets, but I like the thought of having a few figures in green berets mixed in with some standard British infantry in helmets to make up a full platoon and to give it a Royal marine look.

So here is what I have painted so far: 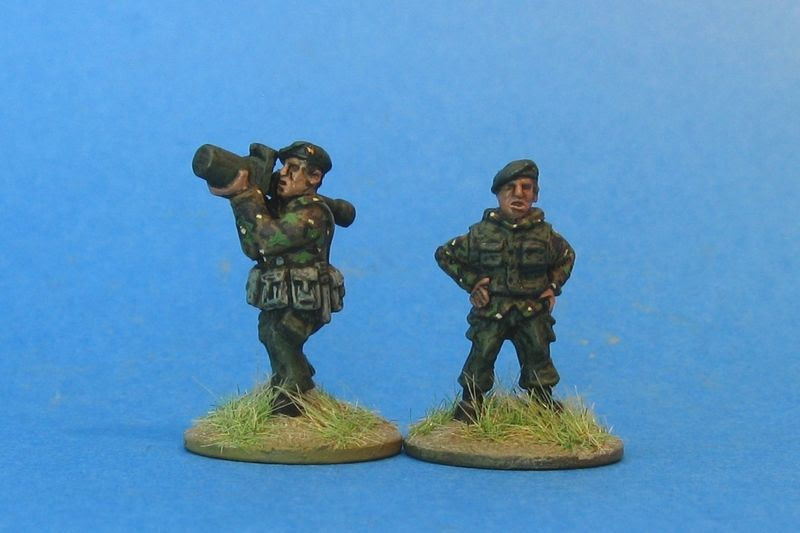 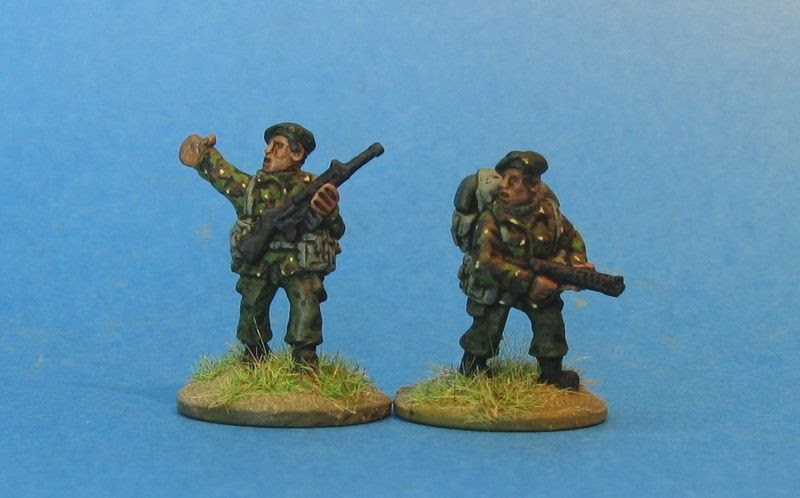 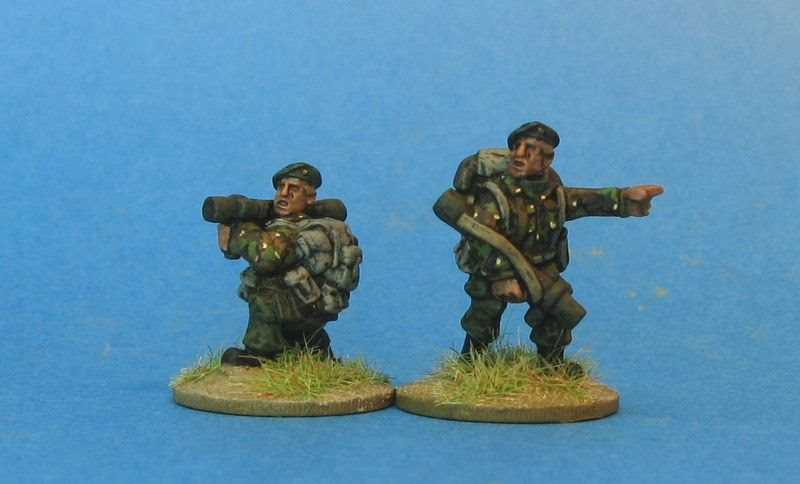 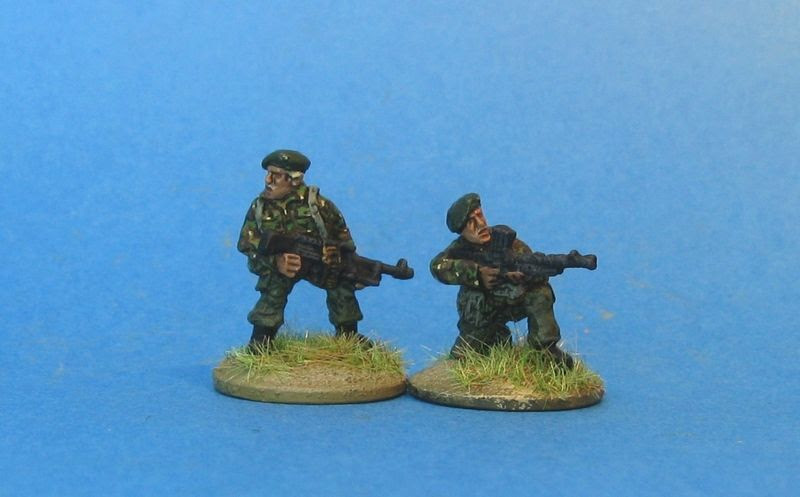 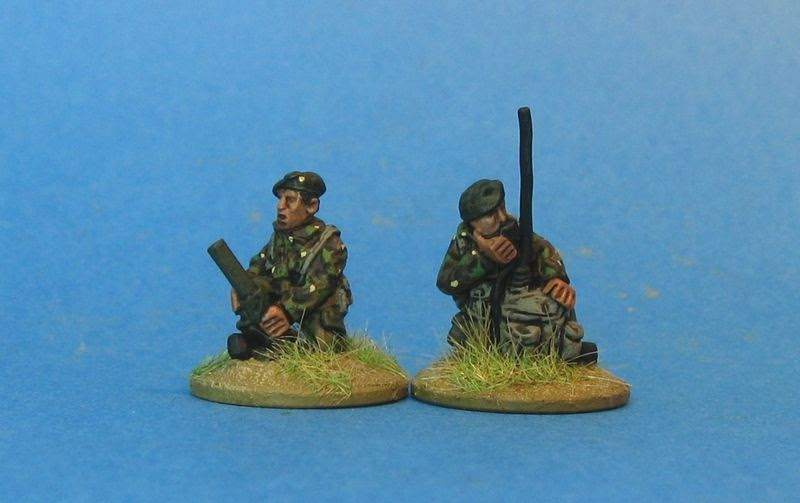 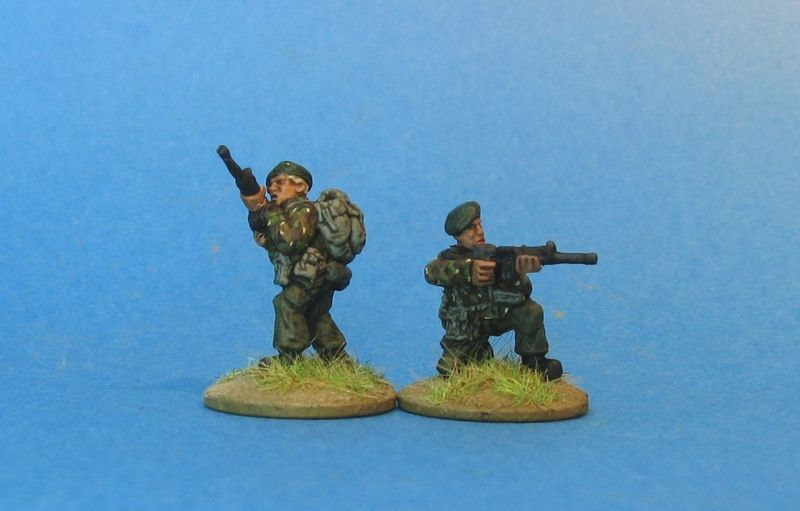 Couple of the lads with L1A1 SLRs 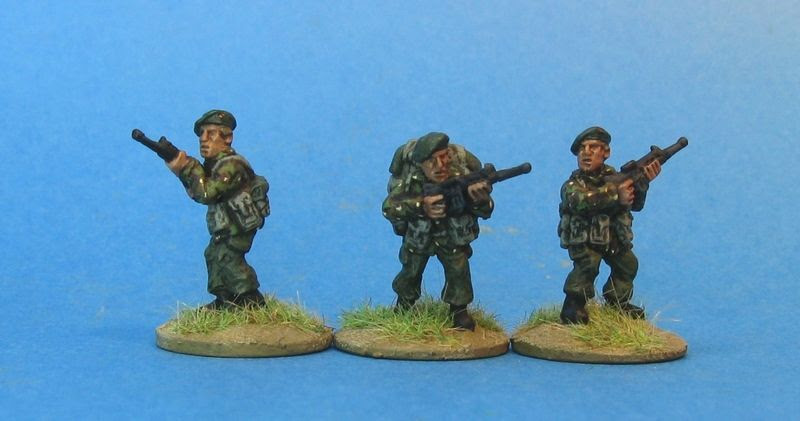 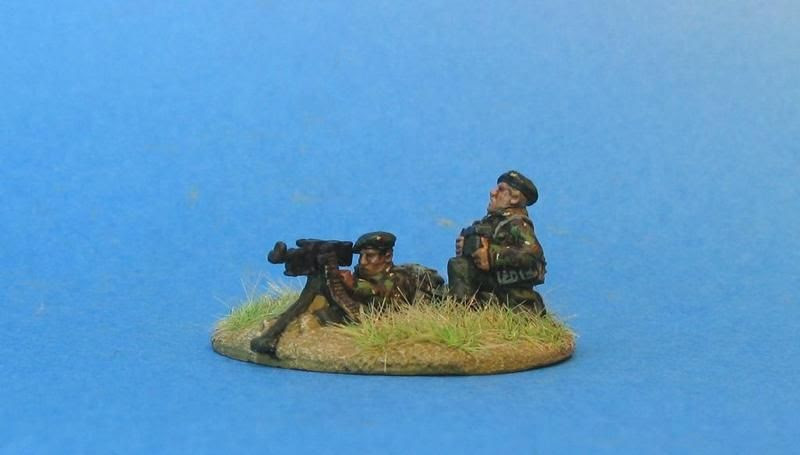 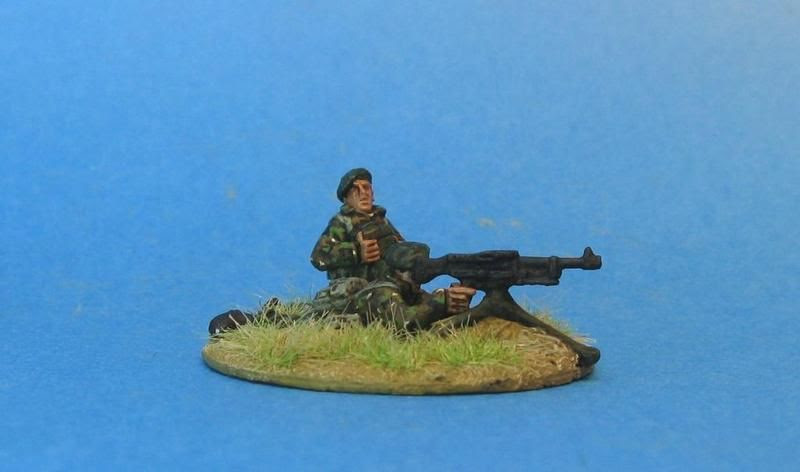 Gunner and Loader with L7A2 GPMG on a L4A1 Buffered Tripod for sustained fire. 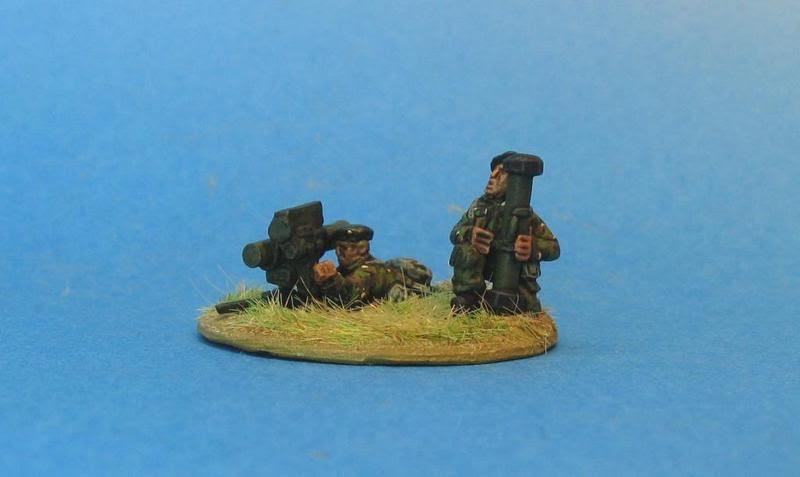 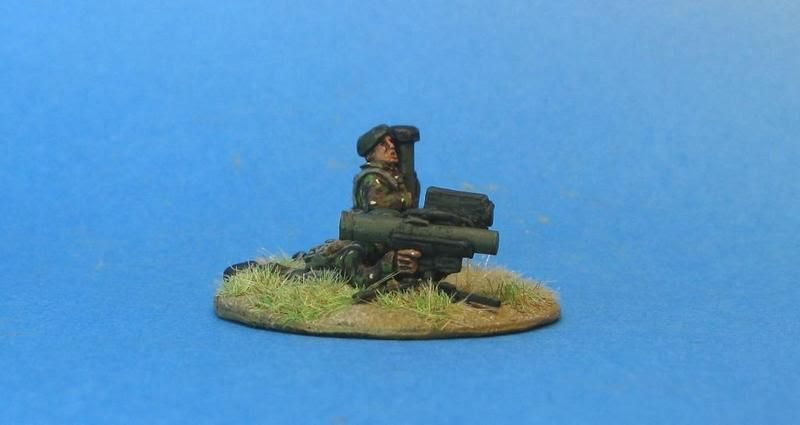 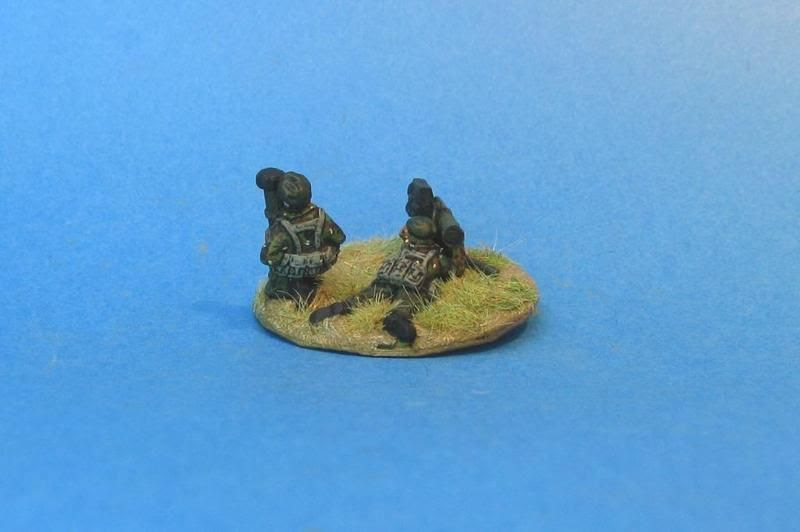 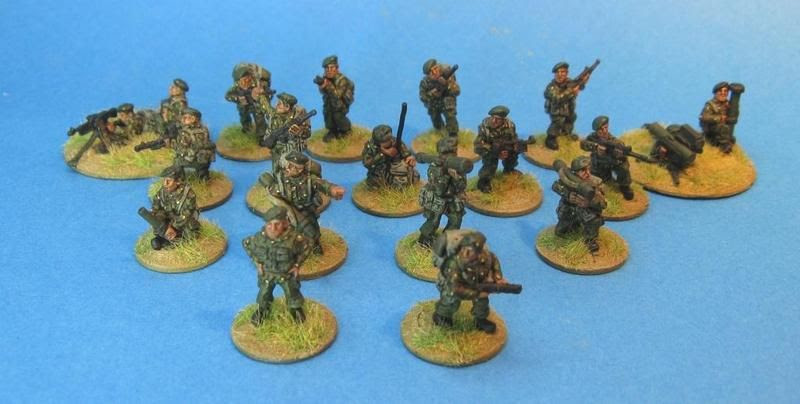 That's the whole damn lot!  You'll note I left all their pants an olive drab like colour (actually VMC Reflective Green) to again reinforce a slightly different look.  And of course it meant one less thing that I needed to paint in DPM!

I have about thirteen more marines to do, plus an Elhiem medium mortar team (in helmets) which will work for any of my British forces.

Richard
Posted by RichardC at 1:26 AM