Just to keep you all on your toes, and to violently display my lack of ability to stay on target, I thought I'd post up something completely new for a change.

I'm sure I've discussed this before, but I tend to start collecting a particular force by getting a full platoon's worth of infantry.  I try to make sure I have a few command figures, a few figures that will work as FOs etc and some support weapons.  To the platoon I try to add a matching platoon of appropriate APCs, such as this platoon of FV432s.

For most infantry, one set of figures can be used for at least a couple of different vehicle types.  Standard Soviet motor rifle infantry can be mounted in almost any type pf BTR or BMP.  Bundeswehr troops can be mounted in Marders, M113s, Fuchs, trucks or can even step in as helicopter borne paratroopers.

Same goes for my British infantry armed with the FN FAL.  So far I can only mount them in the FV432 as all my Warrior MCV's have SA80 armed troops.  Time to fix that.

Enter the AT 105 Saxon APC - which you can read more about here if you so choose.  Whilst not what I would call a front-line APC, it certainly had its role and would certainly have been seen in the rear areas of the BAOR and possibly in other parts of the theatre, where ever British troops were being reinforced.

I now have a platoon of Saxons - 3 older BW Models kits and 1 Cromwell Models kit.  I had started one ages ago and a couple of weekends back when I was hankering to finish something, I decided to well... finish it.  As a bit of a tester.

So here it is: 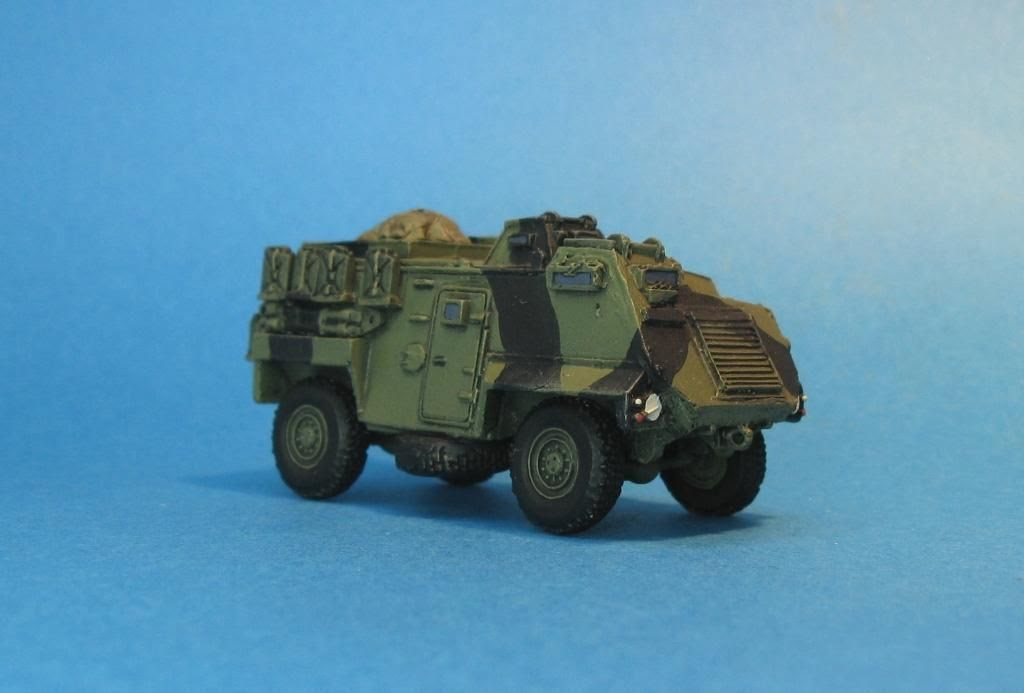 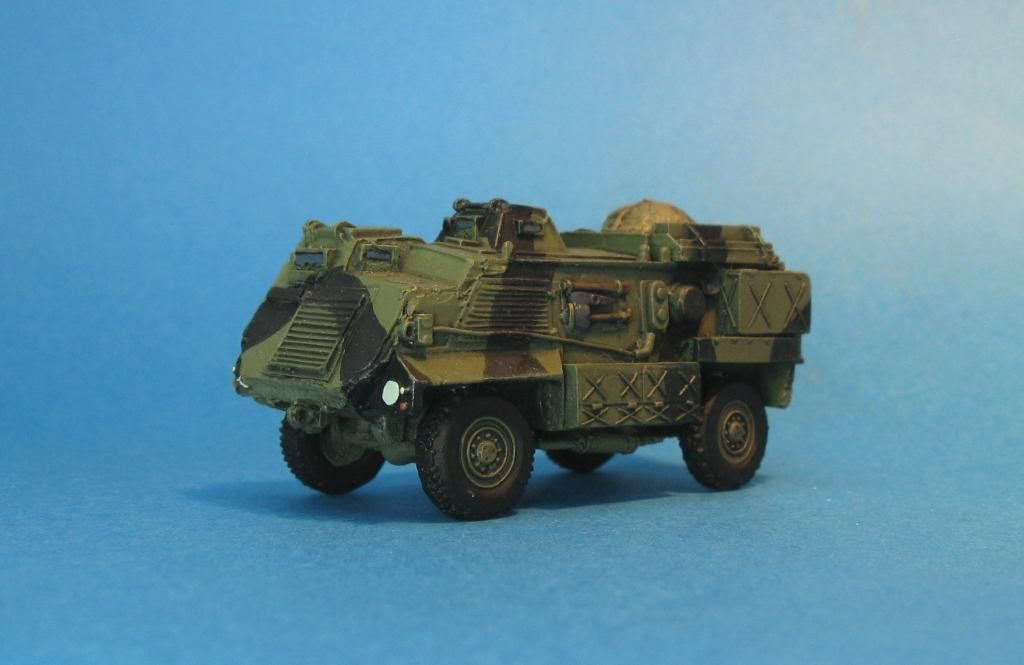 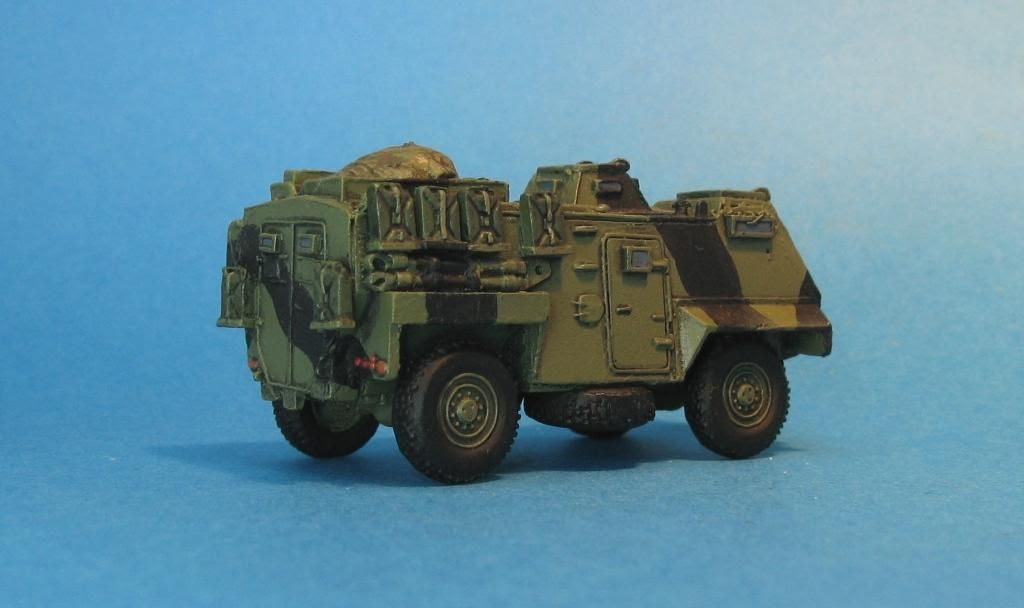 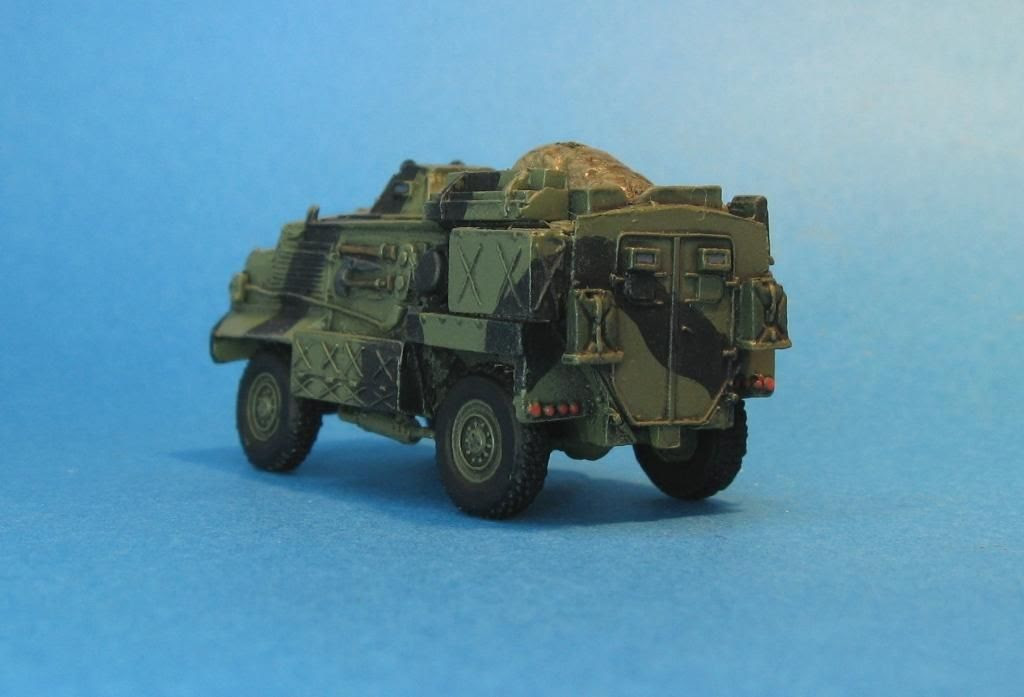 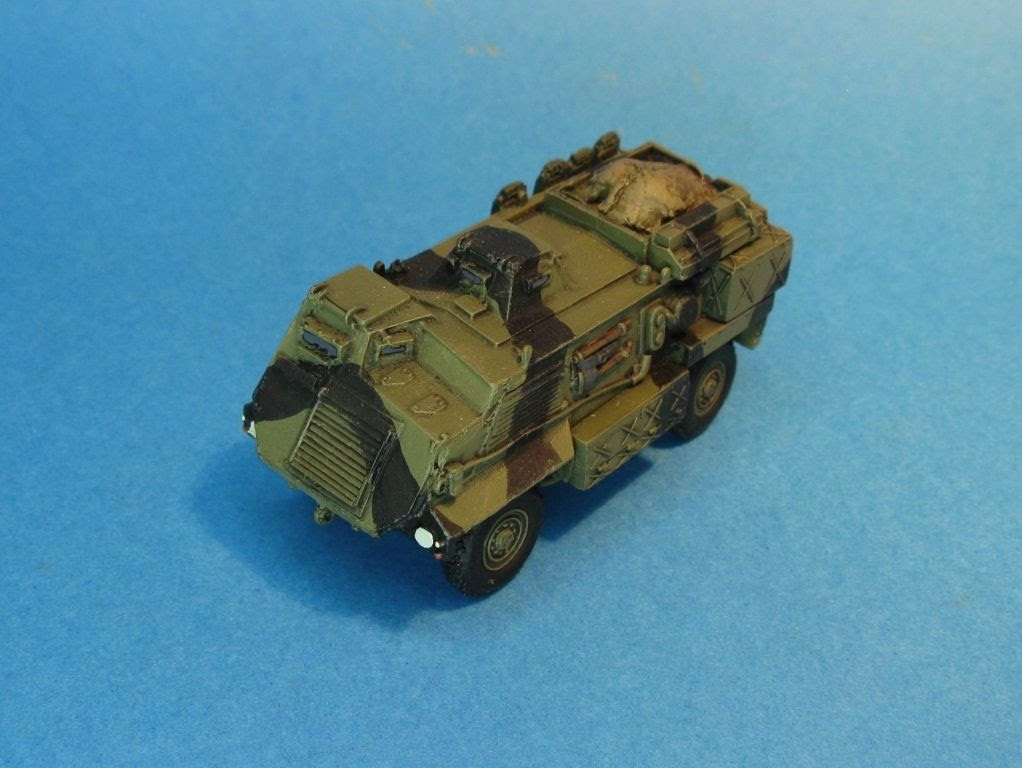 This version is slightly different to the other three - the stowgae box arrangement and the variety of tools etc seem to point to it not being a standard troop carrier - but I'm not sure which variant it is.  However, in the meantime it will stand in as standard Saxon - until of course I get more...

So I'm pretty happy with how that one came out.  Will start work on the remaining three some time soon.

Hopefully next up - another completely random posting!