As part of my WW3 wargaming/rules writing/tinkering around, I fiddled with some rules for having a Combat Air Patrol (CAP) up, so you could attempt to gain local air superiority over the battlefield (your tabletop!).

Whilst I really like this as a concept and I think it can add a little flavour to the game, what this meant was you need some kind of marker on the table to say your CAP is up.  Sounds like an excuse to buy some cool 1980s fighter plane models and put them on the table!

So I had my airbrush out for the first time in a year or two last weekend, really in readiness to paint the green cam on the Harrier and Jaguar, but I wimped out and did a couple of other things instead.  At one point I remembered I'd base coated a cheap as chips F-15 a while back and it might be a good tester to see how badly I sucked at using my airbrush.

This is the result: 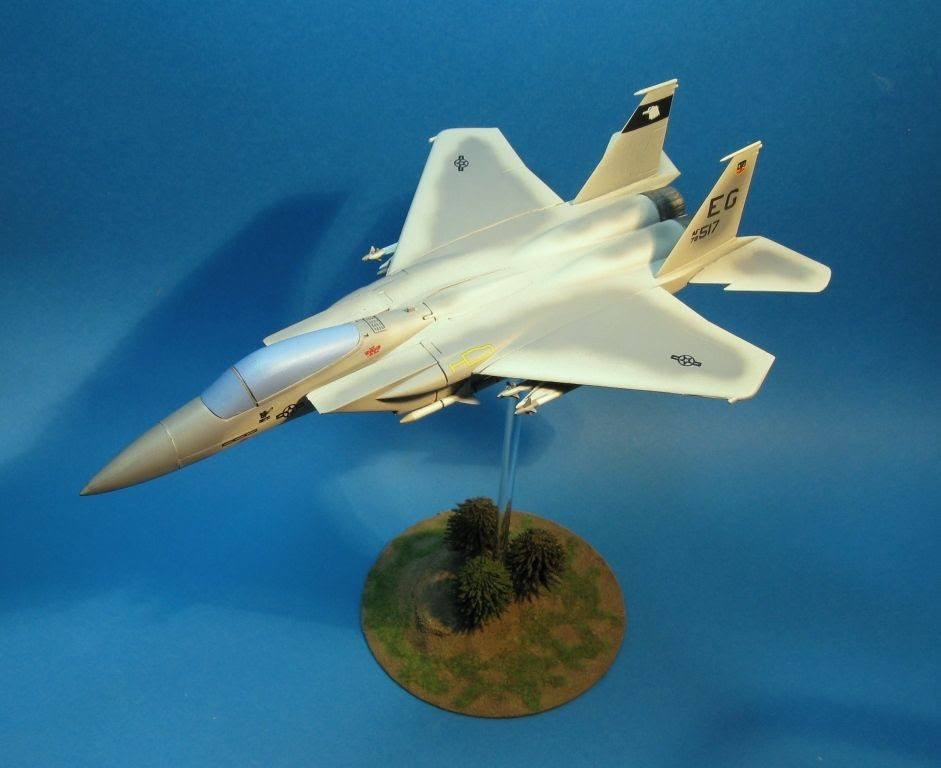 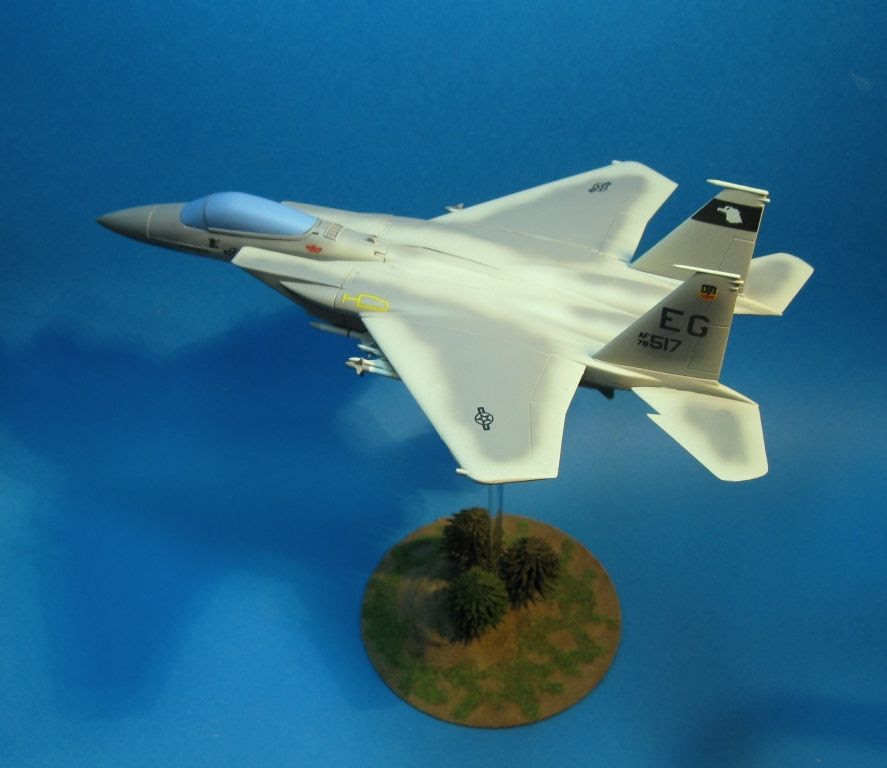 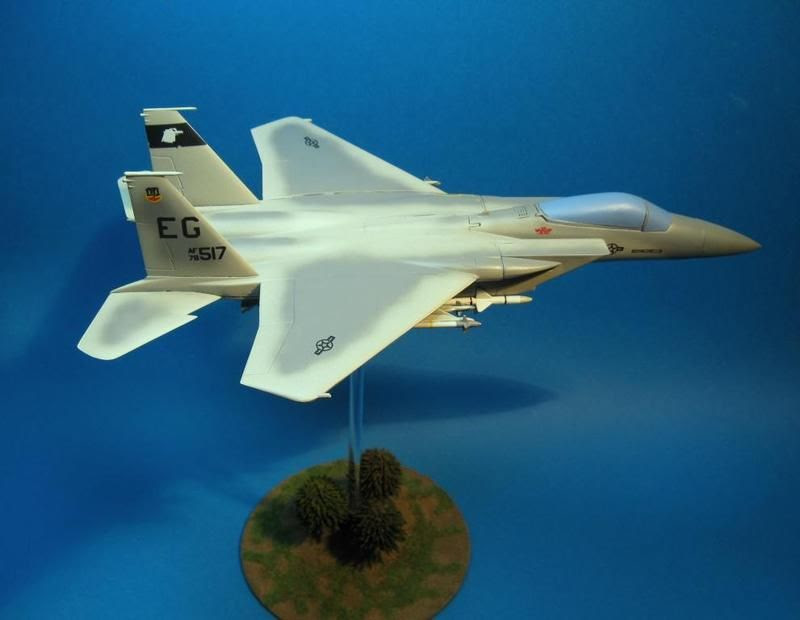 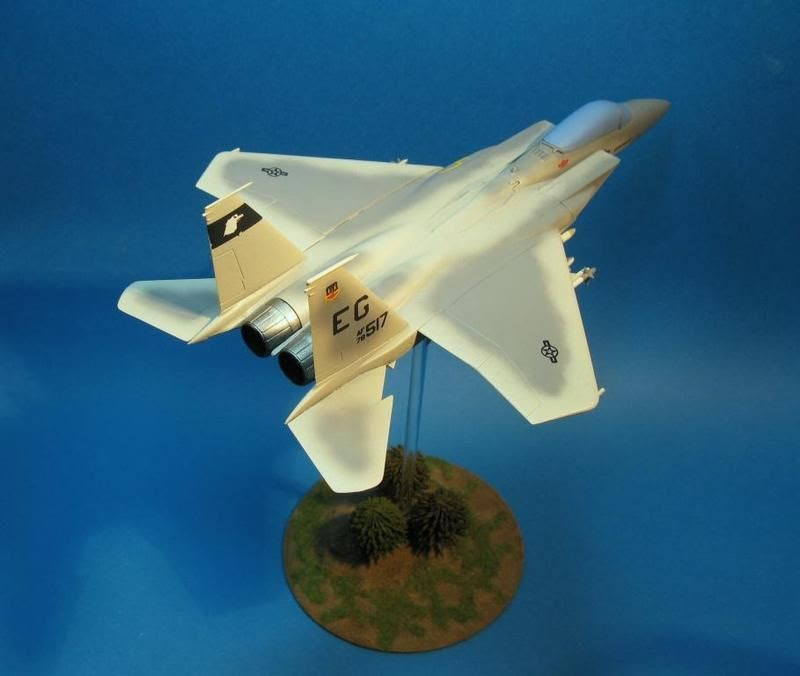 Looks quite good a 3" - just don't look too closely!  A really cheap and dodgy model, I have no idea of the brand, but if I did I'd say avoid it like the plague!  I have a taller perspex rod to display it on the table at a higher altitude, but it was too tall for the photo, so I replaced it with a shorter one.

So my first NATO CAP marker is complete.  Now I just need to complete the RAF, Luftwaffe and Soviet CAP models, then the interdiction models, then the actual on table models.....  LOts of planes needed!