While I was home sick I did manage to make a few models (in between a lot of lying down and doing nothing).  One of which I was building for a friend - who just wanted the model built - he would paint it etc.

This was the model: 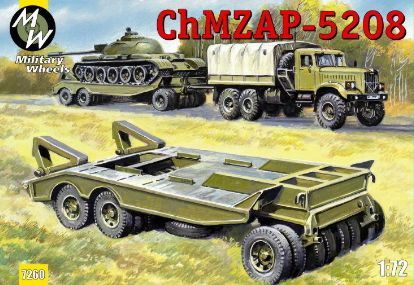 I'd almost bought one of these myself a couple of times over the years - but had decided against it as I couldn't really see (apart from raid style one off games) how I would use this in a normal game.  So I was interested to see what the model was like.

I took no photos during the build - which took a while - mainly because of frustration and time off to recover from pulling my hair out.  The plans are fairly basic and I struggled at times to get certain parts to fit.  Much of the heavy trailer infrastructure under the tray (no idea what it's called) had to be drastically cut and re-shaped to fit.  The fold-down ramps at the back of the tray could not sit (IMHO) as shown in the plans so I had to dummy them up a little.  My biggest problem was trying to get the paired wheels to stay parallel.  Fortunately a lot of that in slightly out of view so I'll let you judge that for yourselves.

Here's the finished trailer - with T-55 for effect: 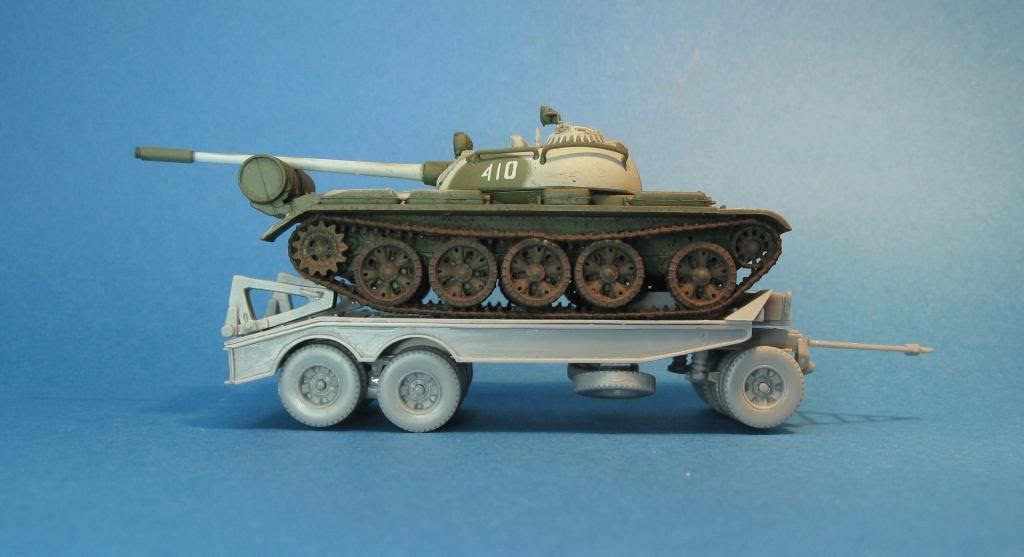 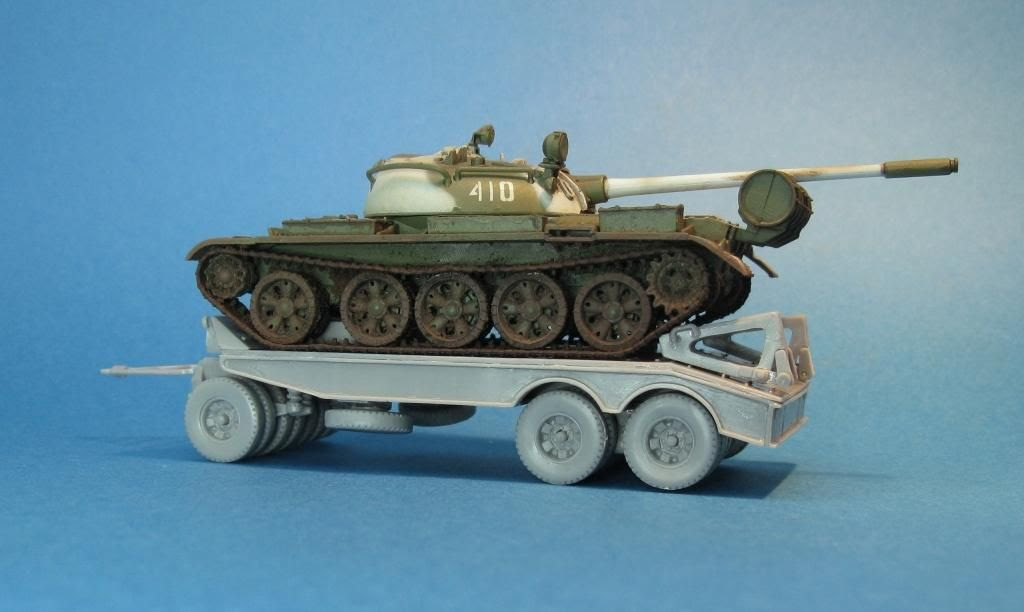 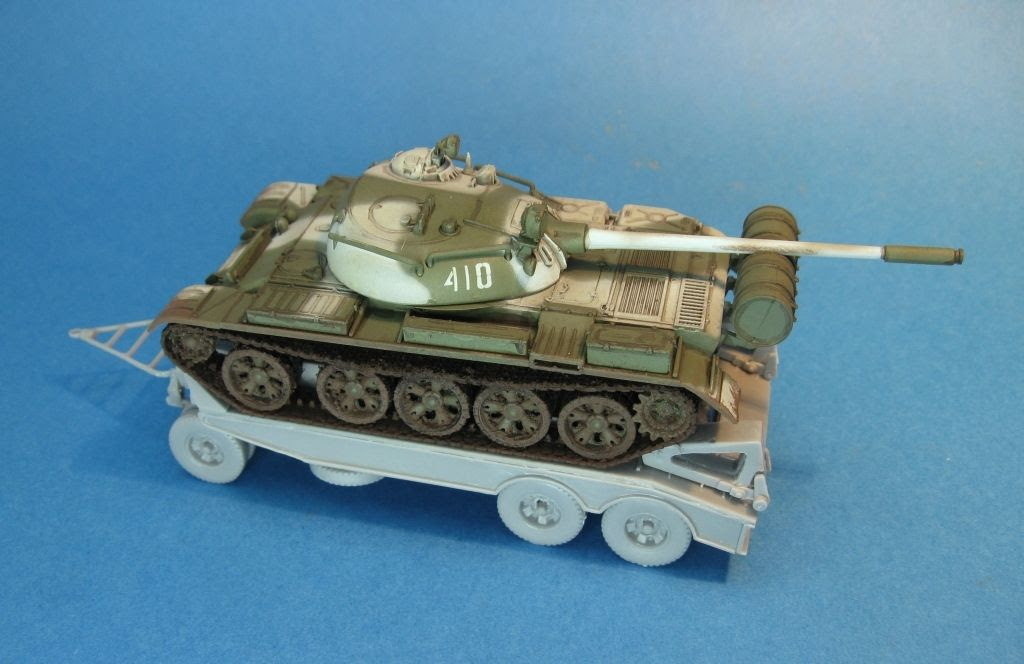 And now with Ural 375 tow (for greater effect) 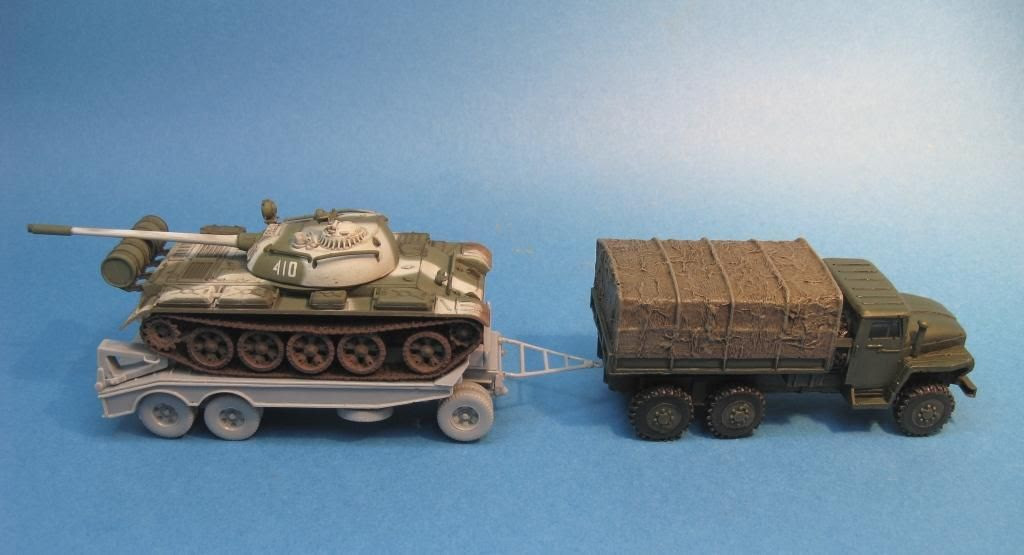 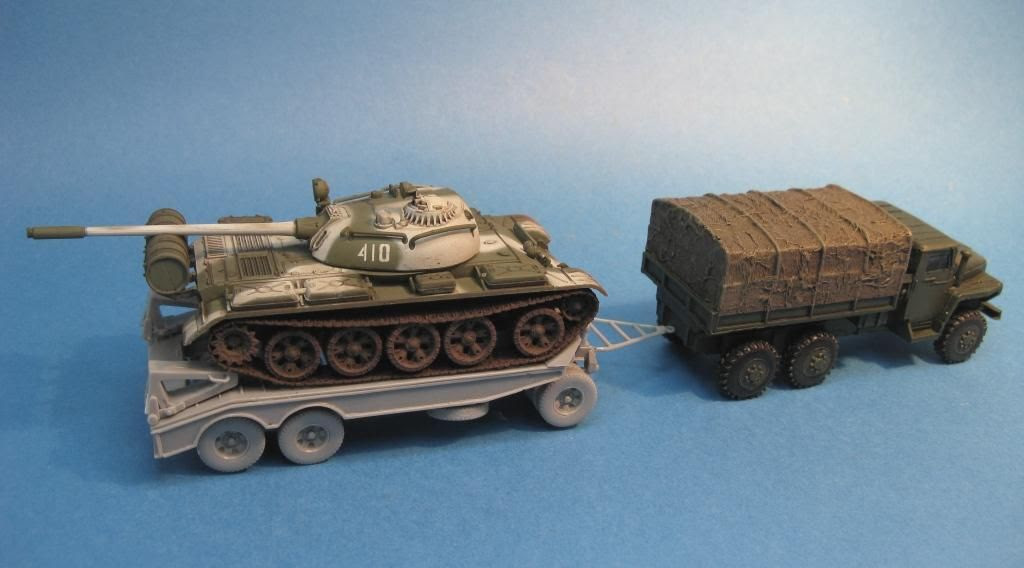 I actually like the finished product...  Enough to buy one for myself?  Not sure... we'll see...