Seems appropriate to finish what is probably my largest posting month ever with a bit of WMD madness.

I have to say honestly this is not a kit I would get for myself.  I'm not a modeller, I'm a wargamer - so I pretty much only ever buy stuff that I could forsee using in a game - and basically I'm not sure I'd ever use one of these - even as an objective.  But never say never I guess...

So this model is a mate of mine's that he asked me to build and paint for him.  It comes in a massive, very impressive looking box: 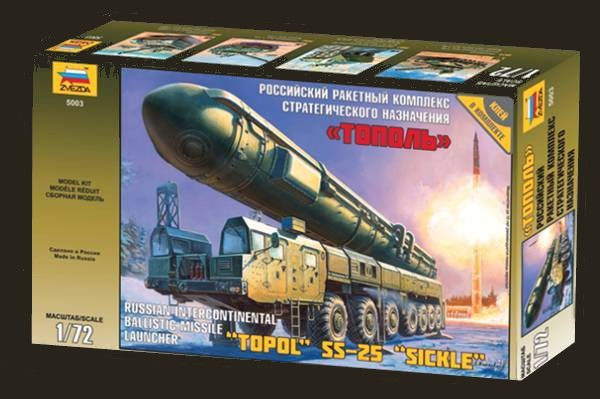 Filled with a bucket load of parts: 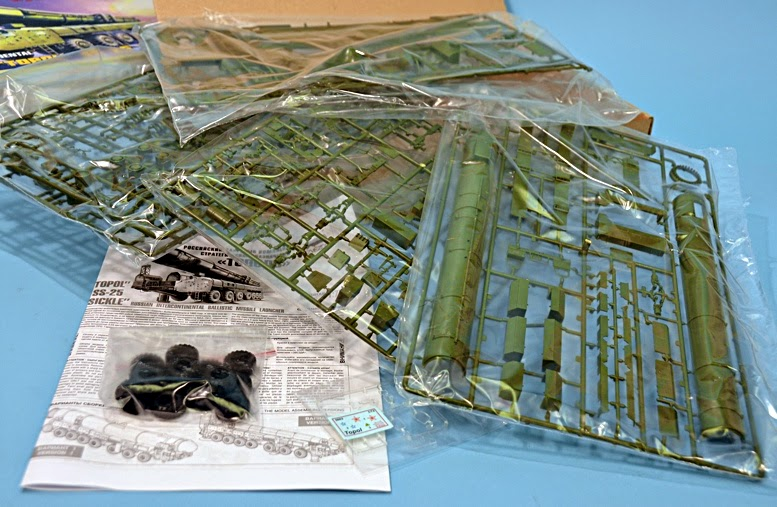 It was to be frank, a finickity build.  While the Toxso Scud previously discussed here and here went together like a dream and was not only very straight forward, but multi-poseable (and cool), the Topol was a bit fussy, took an age and can either be built with the missile being transported, or ready to launch.

Which ever one of these you choose, this decides which of two (very similar looking) undercarriage sets you use, along with a bunch of other items which I guess are lowered to provide a stable platform for the launcher.

However - once built it's hard to deny it's a real bit of eye candy.  And unlike the Scud, this time I remembered to take some photos before I gave it back to its owner... 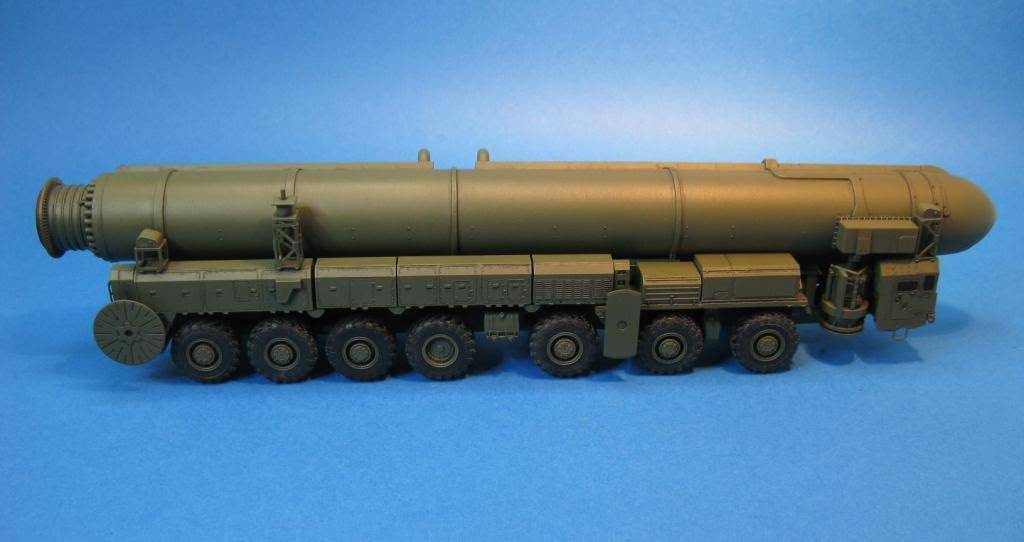 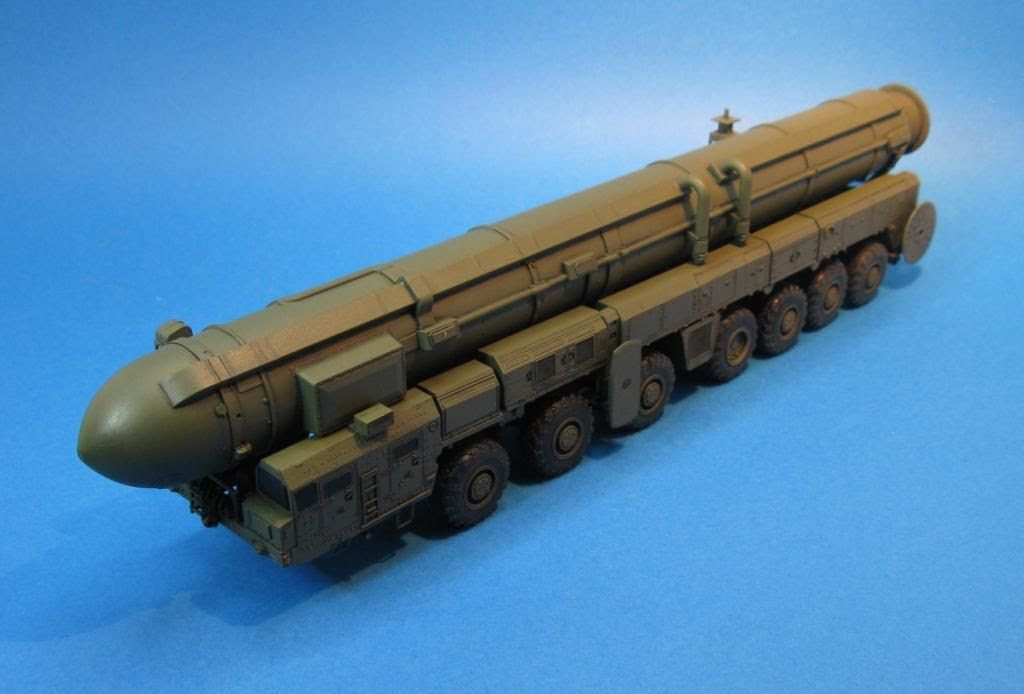 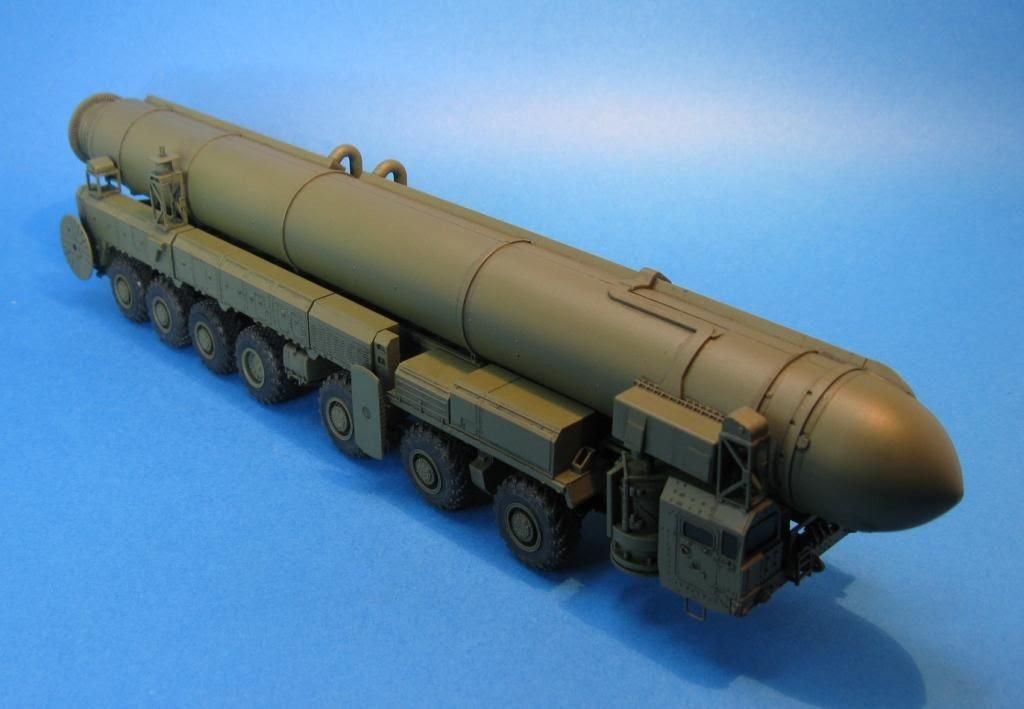 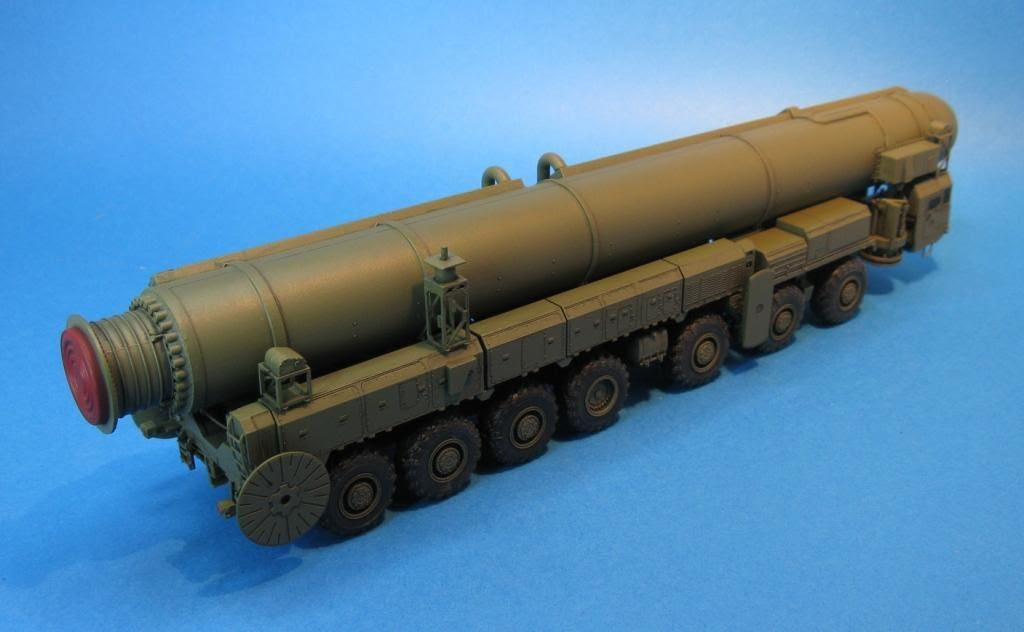 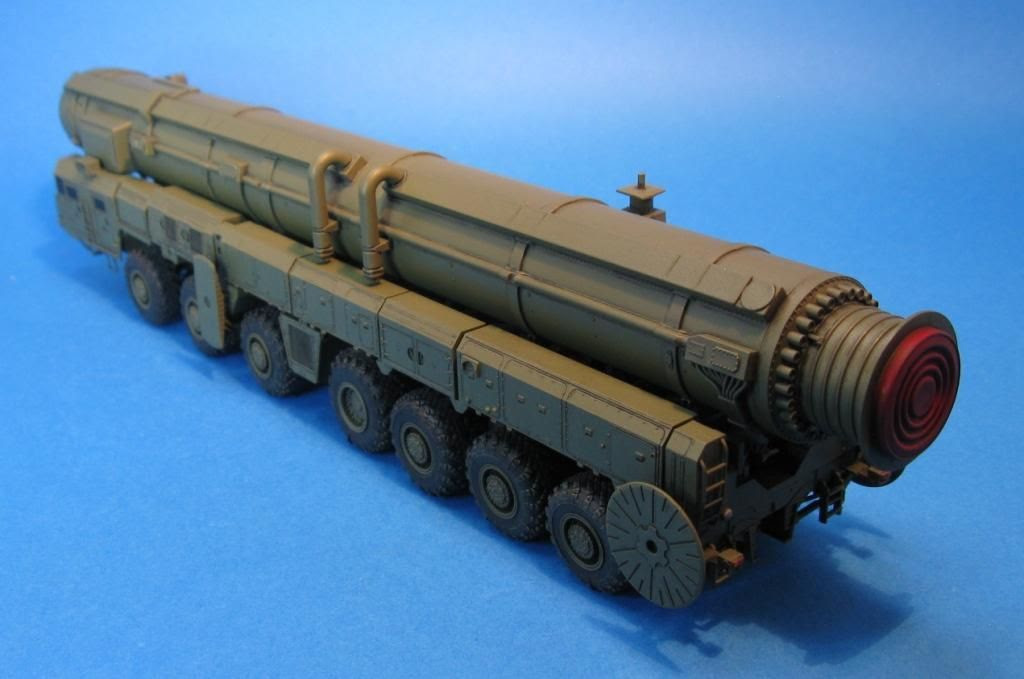 So... Not coming to a tabletop near you anytime soon... there it is!