The final vehicle in this series of photo's is a Warmaster 2S6 or 2K22 Tunguska.  I've wanted to add a Tunguska to my forces for a while now and there are several options.  I think one was made for Battlefield Evolution - but it was overscaled.  Fabri recently came out with a diecast model, which looked impressive (one of my mates as a couple) but at the time I was leaning towards a kit.  Military Wheels (MW) does the only 1/72 Tunguska kit that I'm aware of.  It has made it onto my ebay watch list several times, but I've never gone ahead and bid on one.  Andy has an in depth review of the kit here on his excellent blog and it doies seem a bit of a cow to make.

So - when I saw that Warmaster were doing one, I went into immediate hunt and locate mode.  Shortly thereafter I found some at the large hobby shop in the city and snapped it up.

Like the BTR-80s shown last week, the Tunguska comes in a multi-colour cam pattern which doesn't really match the rest of my Soviet forces.  It looks like this: 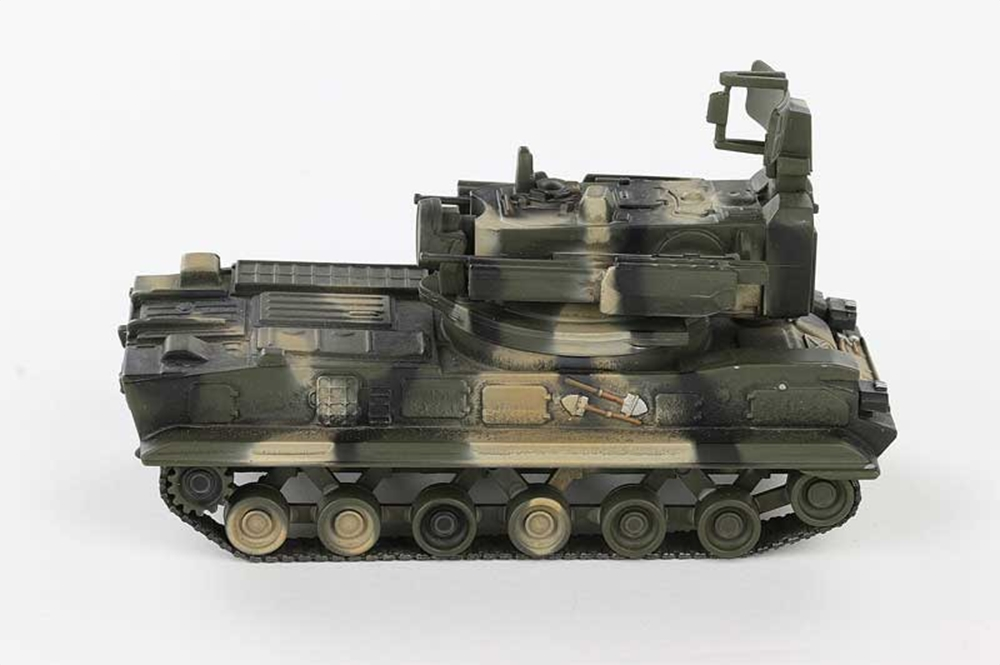 Note - the turret is facing the rear in this photo (not mine).

So a re-paint was called for - and this is the result: 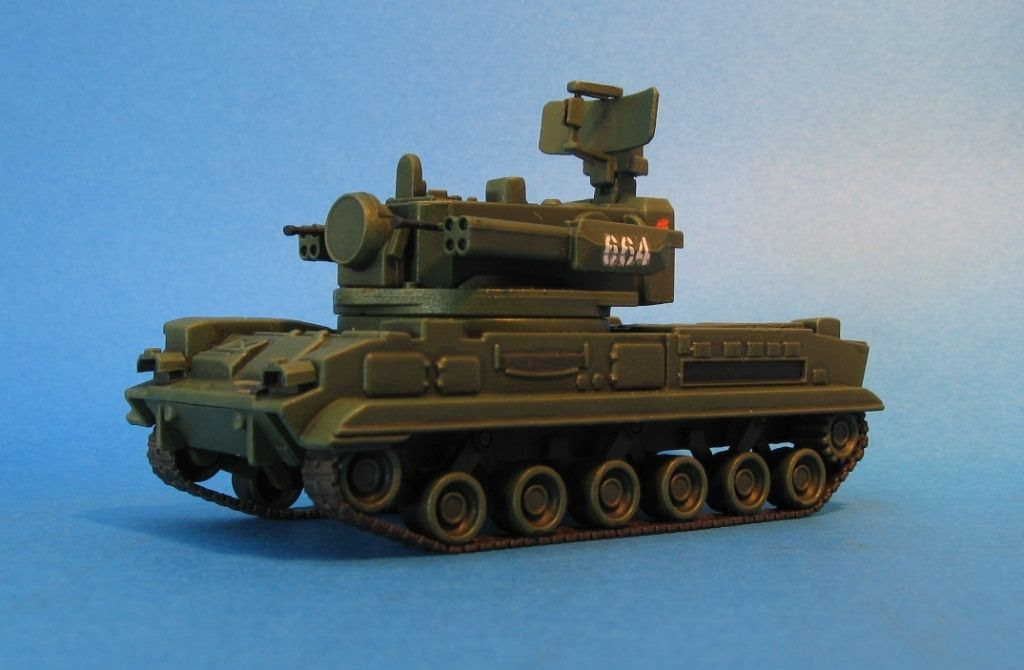 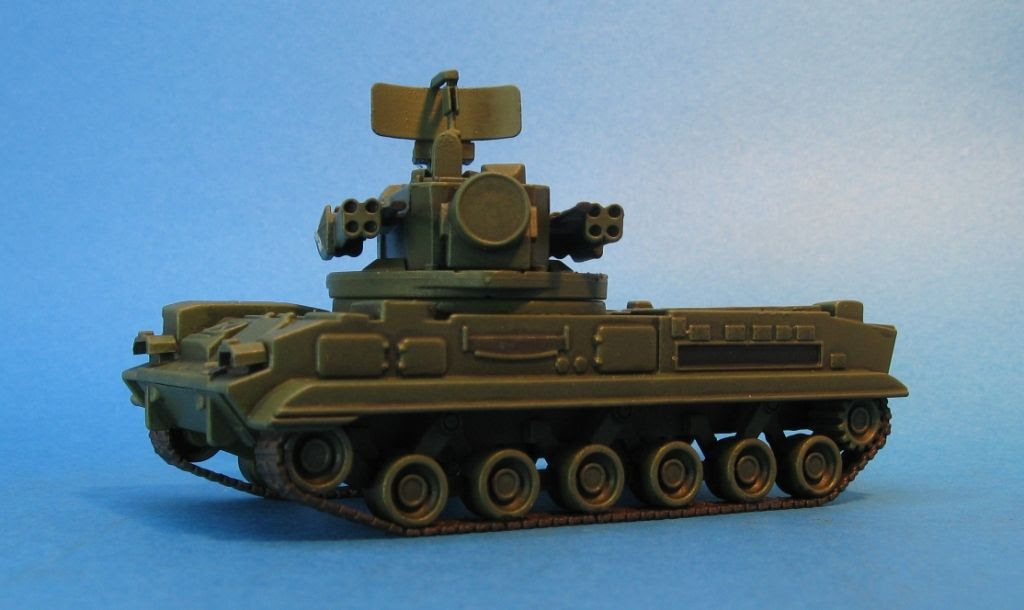 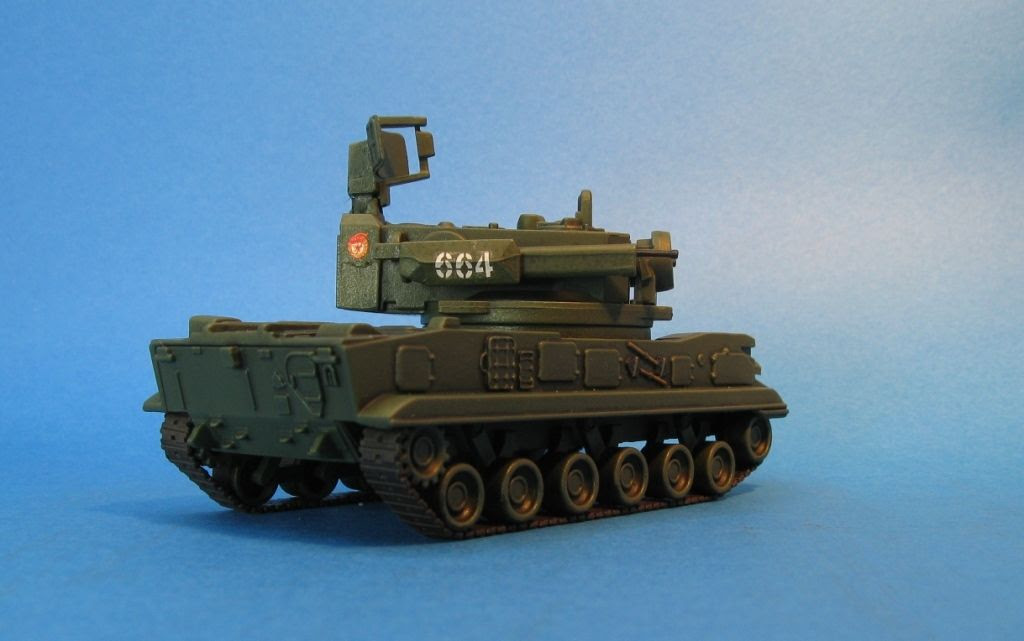 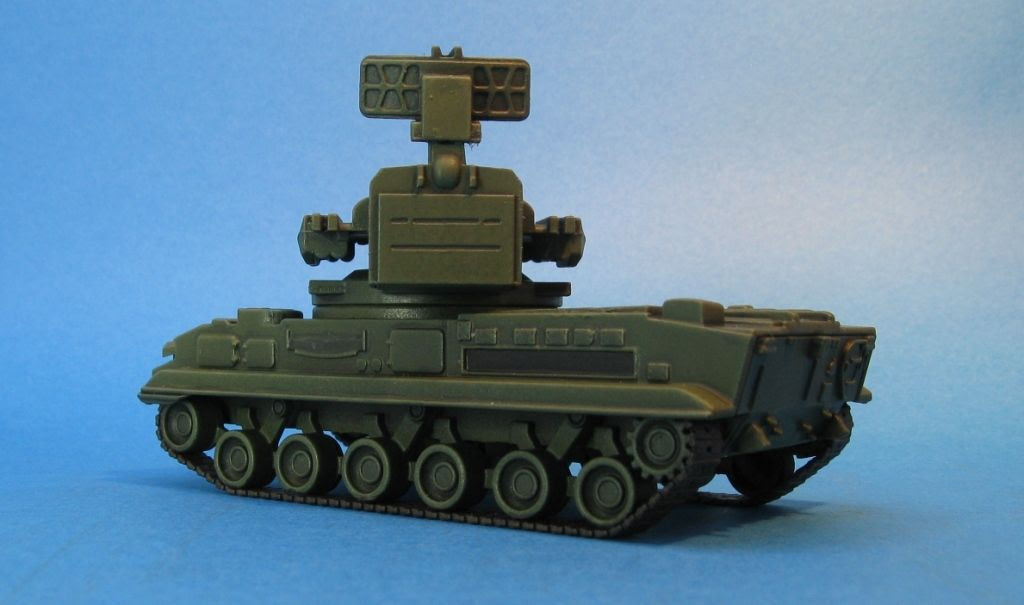 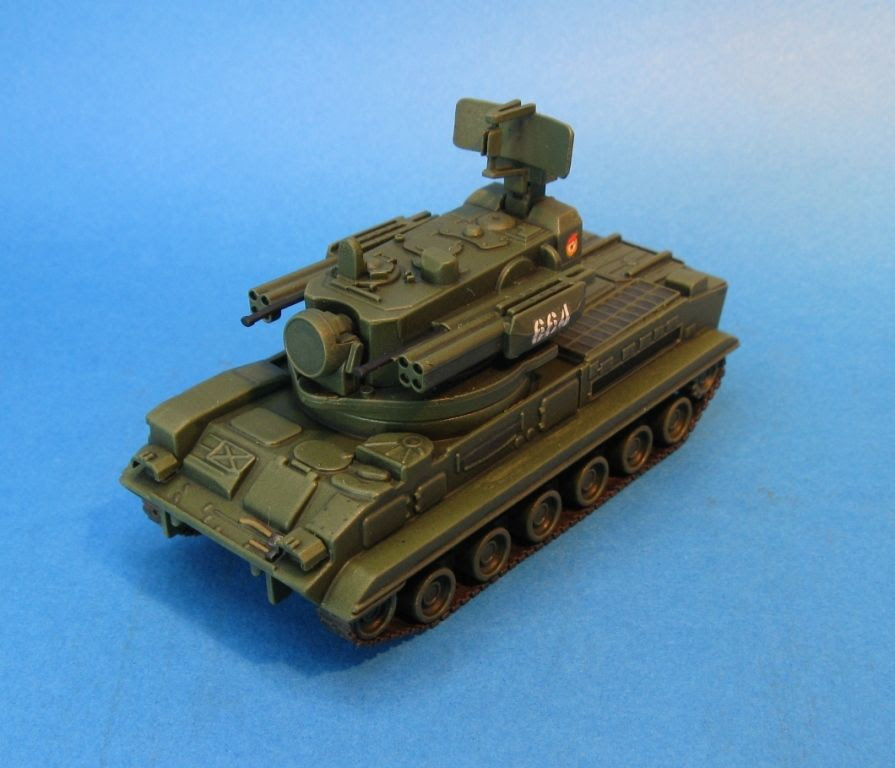 Very nice and impressive model.  It was forgotten in my mass weathering event - but I think I'm happy for this to look a little newer and cleaner - at least for the time being...

For a sense of scale I took this photo to show the Tunguska up against it's predecessor, the ZSU-23-4 Shilka.  This one is from S&S Models: 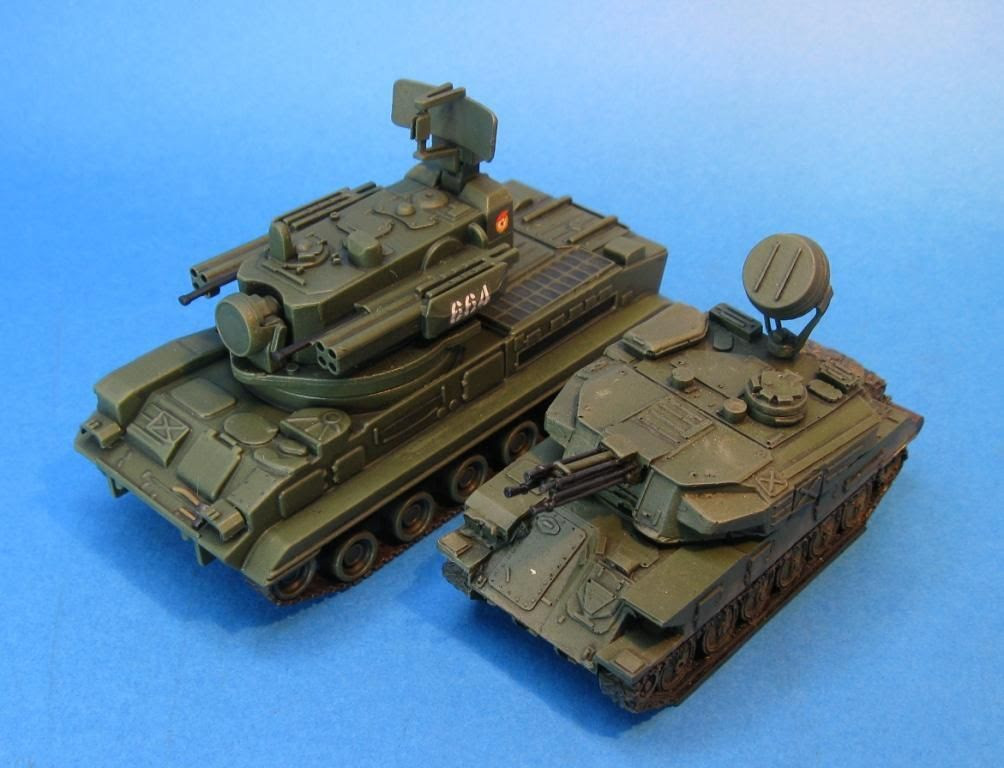 As you can is - it's massively bigger.  I can see it being a targetted pretty quickly in any wargame!

The next couple of posts will focus more on miniatures...