OK - back to 20mm, and back to the Danes for the last time for a while I think.

When finishing the Centurions I thought it might be nice to take a couple of photos of all the Danish armour finished thus far.  So without further ado - here we go: 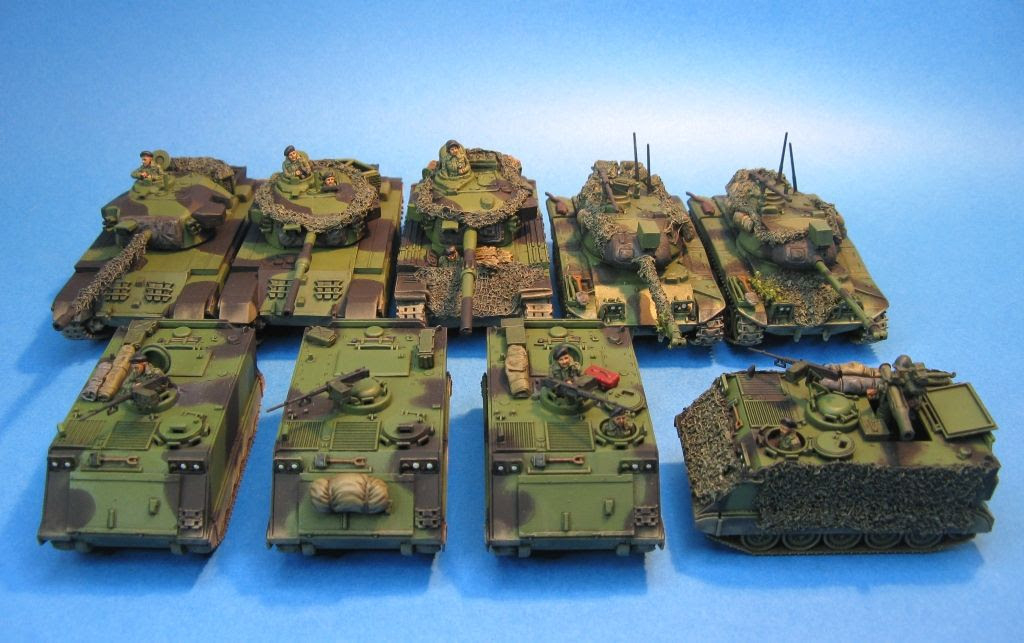 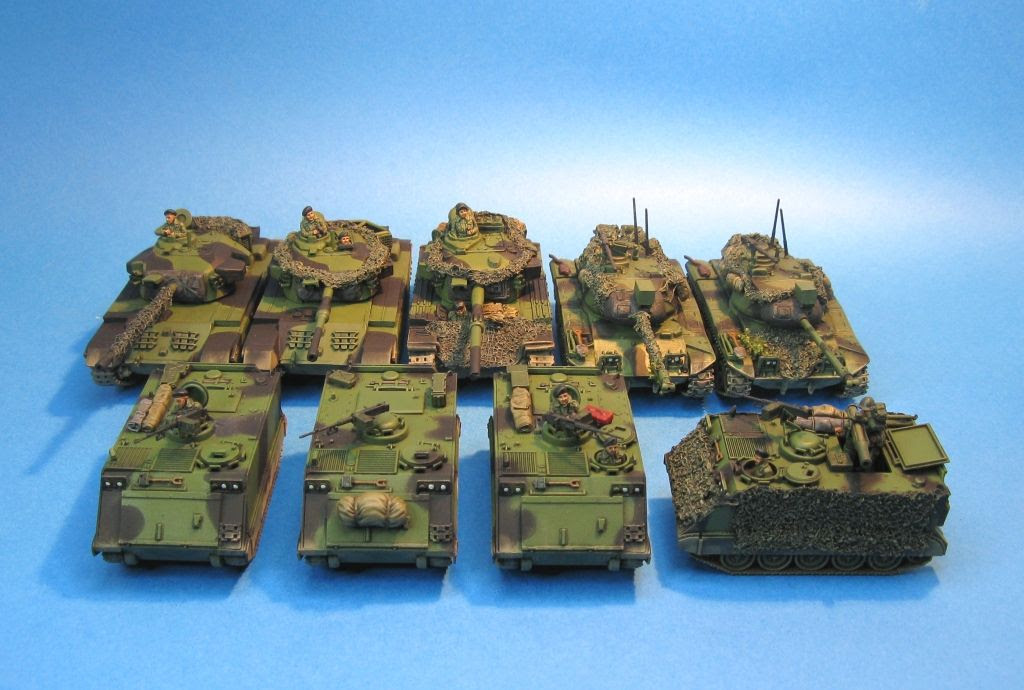 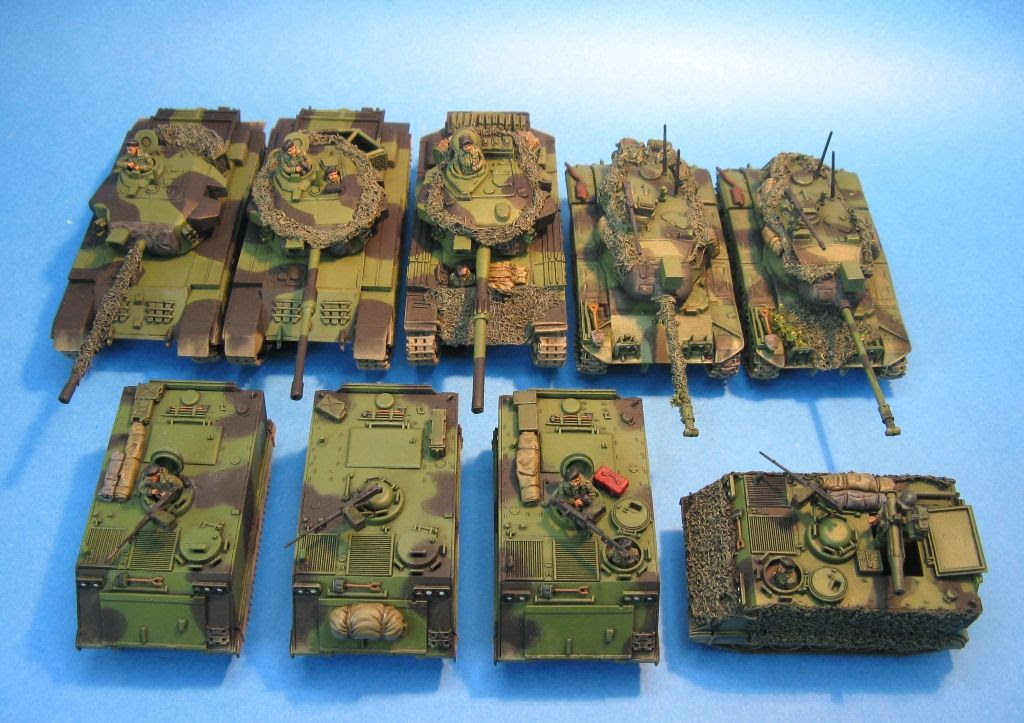 I've built an Italeri M106 to add some mortar support to my force, and will also be adding a couple of Unimog trucks, which can play a couple of roles.  One day I'd like to add a platoon of Leopard 1A4s as well - maybe when PSC does the Leopard 1 in 20mm.