OK - so on with the show and onto the transports for the troops shown last week.  The Armoured Personnel Carrier of choice for the Danes was the ubiquitous M113A1.  I've chosen to use the excellent S-Models M113 and have added some bits and pieces of stowage primarily from Value Gear and other model kits.  Figures are all AB Figures - British Tank Crew in Pixie Suits.

Here is the Platoon Commanders track: 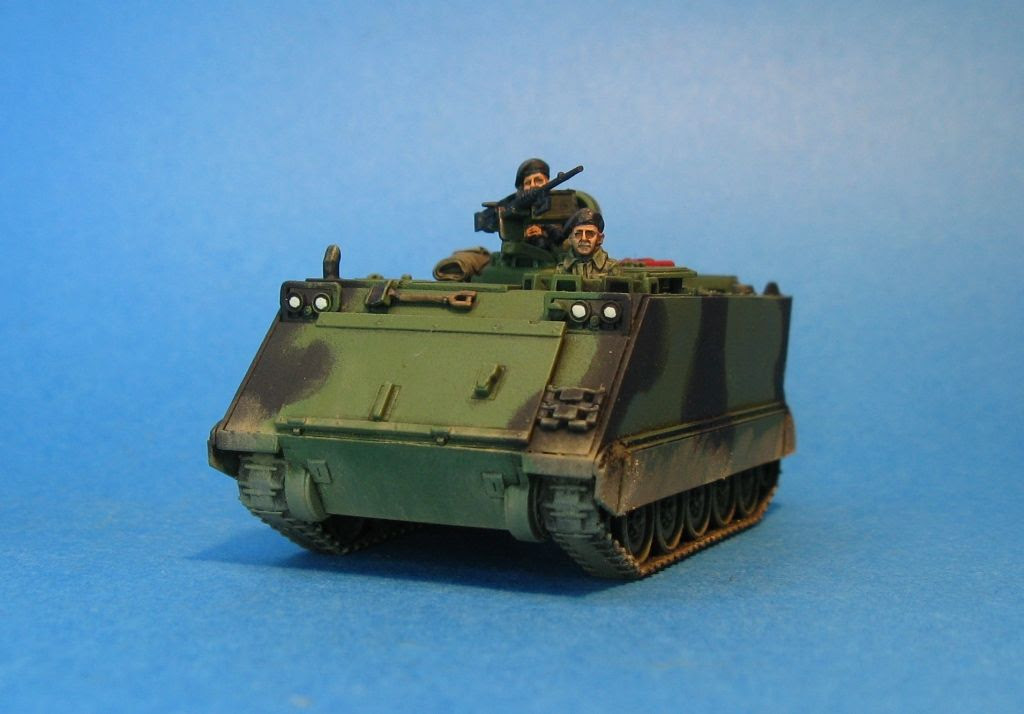 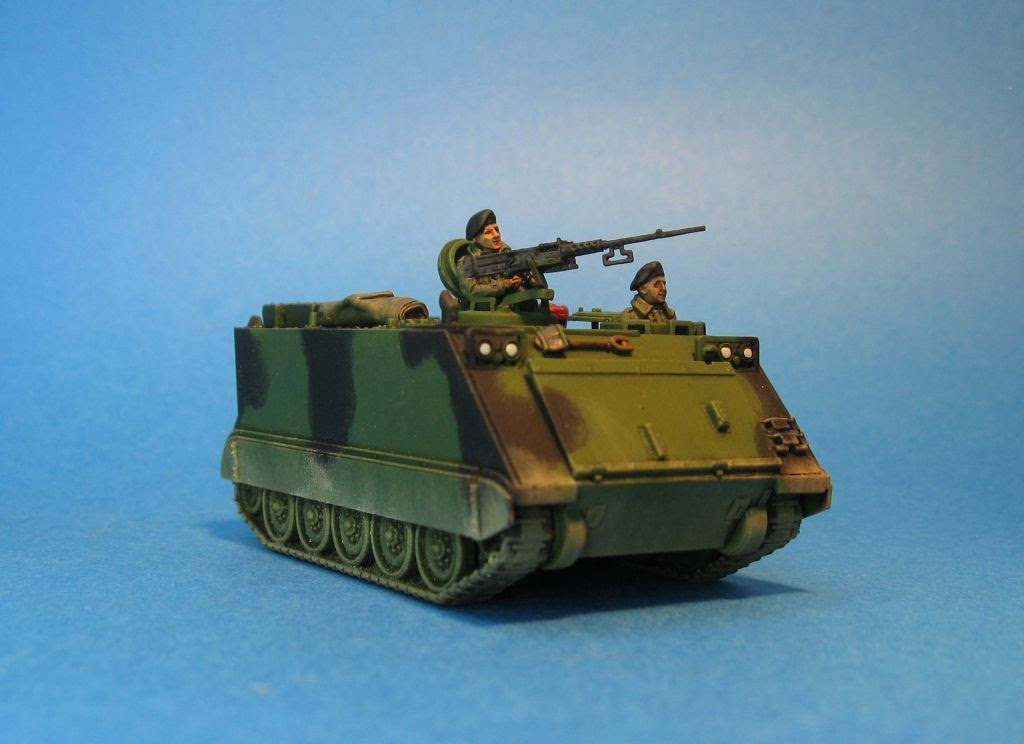 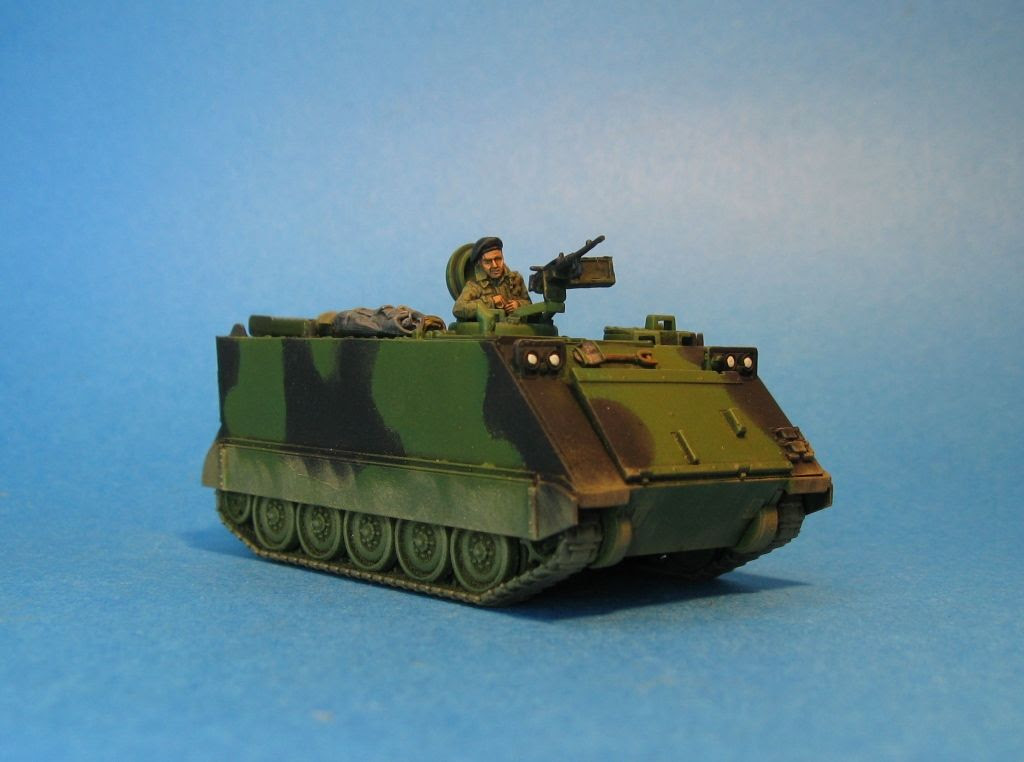 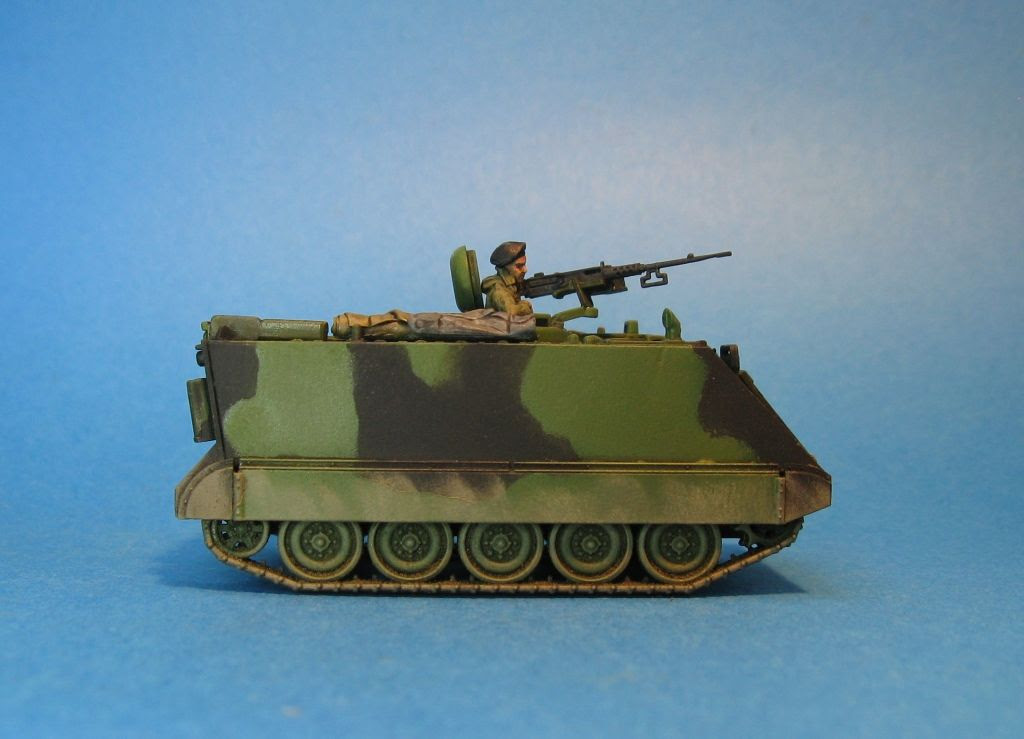 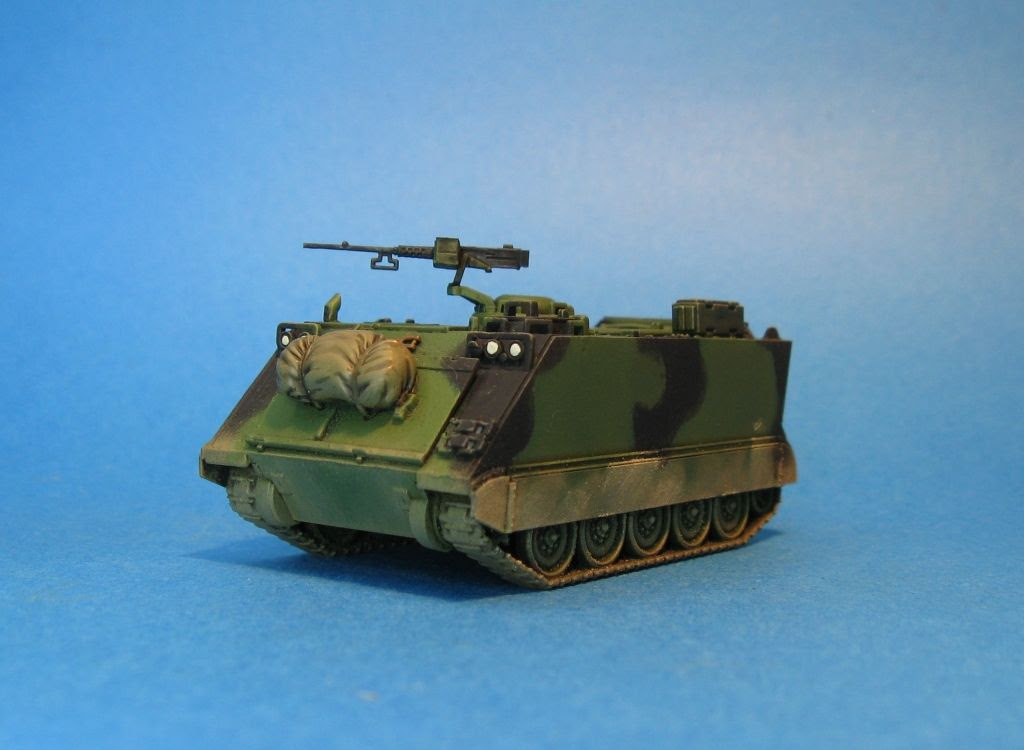 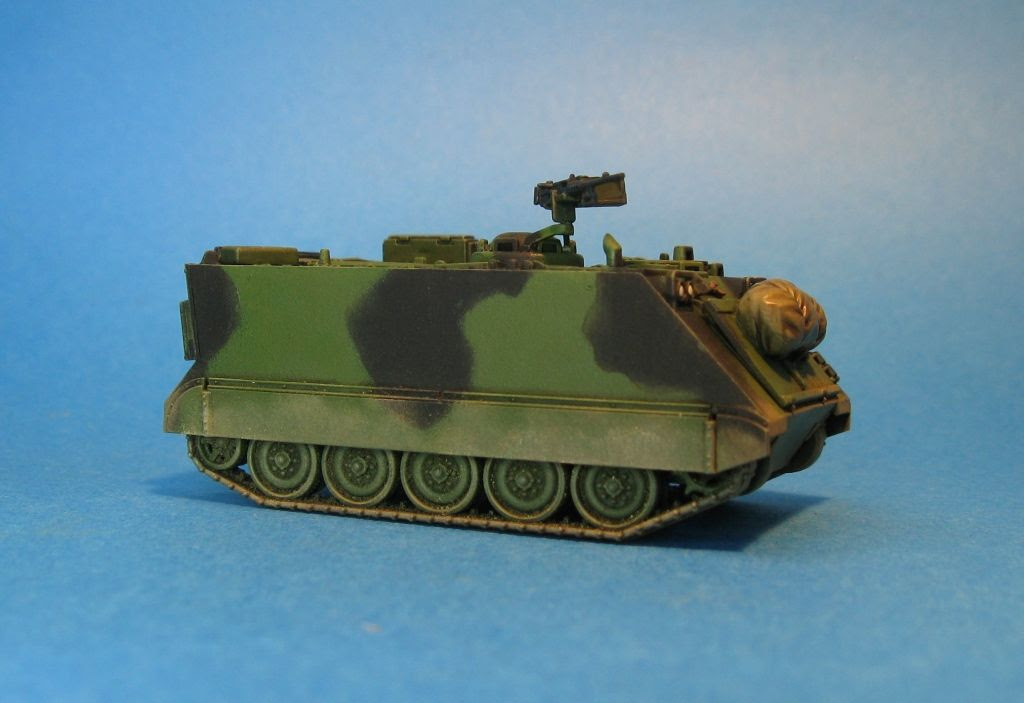 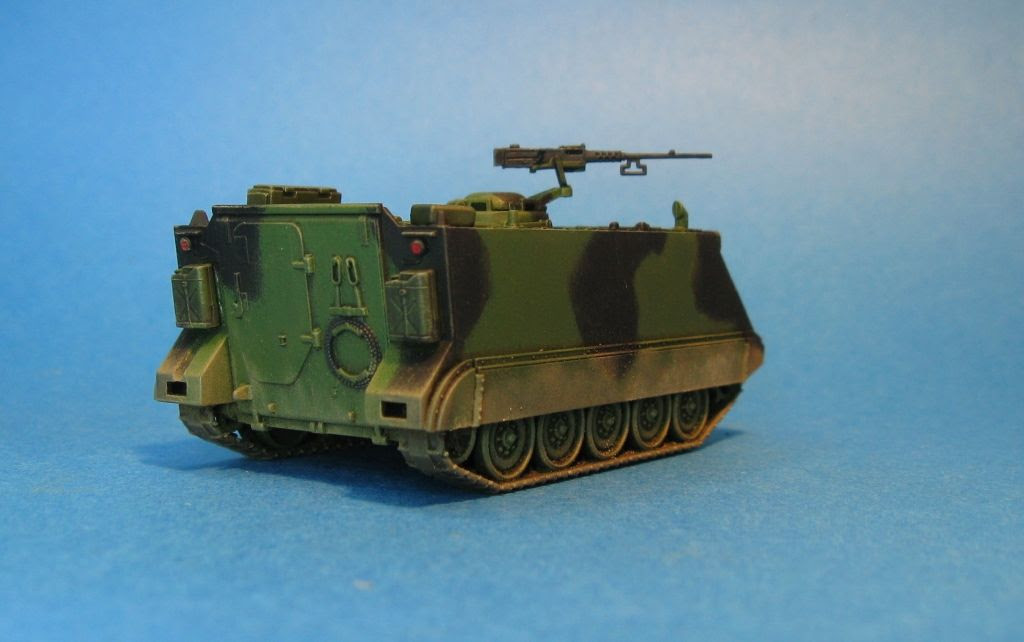 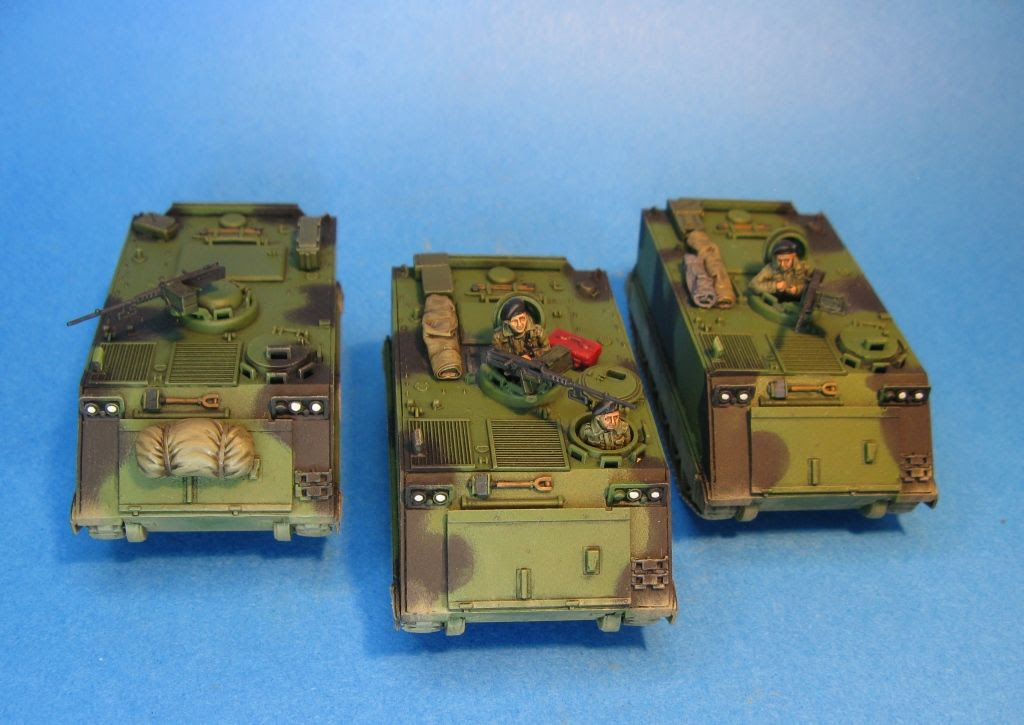 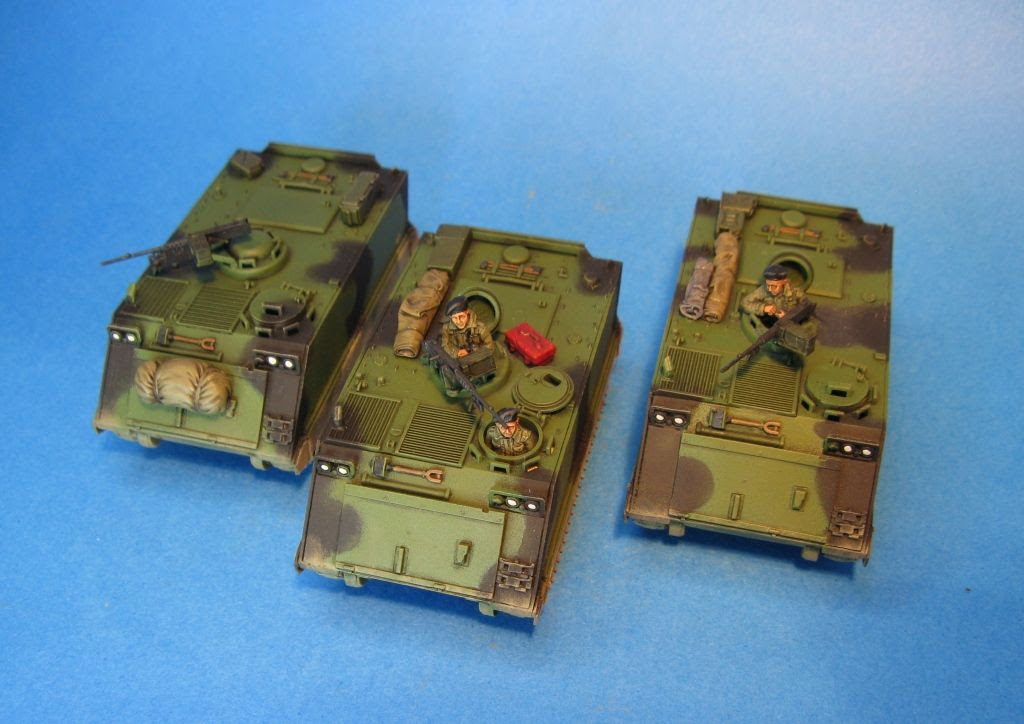 So there they are.  Ready to roll out and take on some Soviets...

Richard
Posted by RichardC at 2:57 PM