Today I'll be posting the last of the pics of the my Task 2 Group Build 2013 entry for The Guild which can be found here.

The final portion of the Build was a platoon of 3 Altaya or "The Tank Collection" Magazine T-80BV tanks.  Here's a pic of how they originally looked a couple of years back during our first ever "Big Game".  They are the colourful ones at the front: 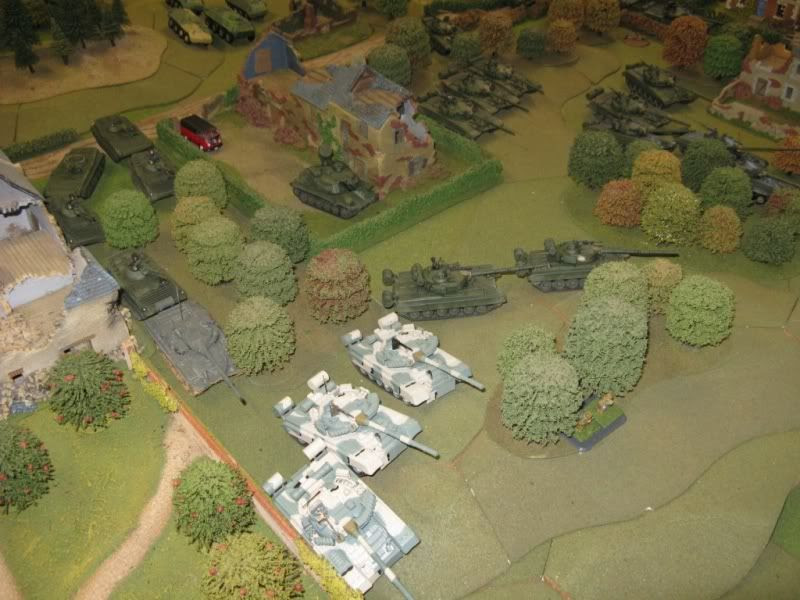 The T-80 was of course a serious bit of Soviet kit and would have caused NATO some real headaches.  A good summary of it can be read about on wikipedia here.  I also bought the Osprey book on the T-80 and recommend it.

I decided to repaint my tanks - firstly so they matched the rest of my force, and secondly because I believed that the Altaya paint scheme did not represent the correct period or feel for my cold war force.

The Osprey T-80 book has a nice profile picture of a T-80BV which had been taken out of storage and fought in Chechnya.  It had rough numbers painted on it's turret side, right on the ERA blocks.  This is what I decided to try and replicate.  This is how it turned out:

And together with the BRDM-2 RKh 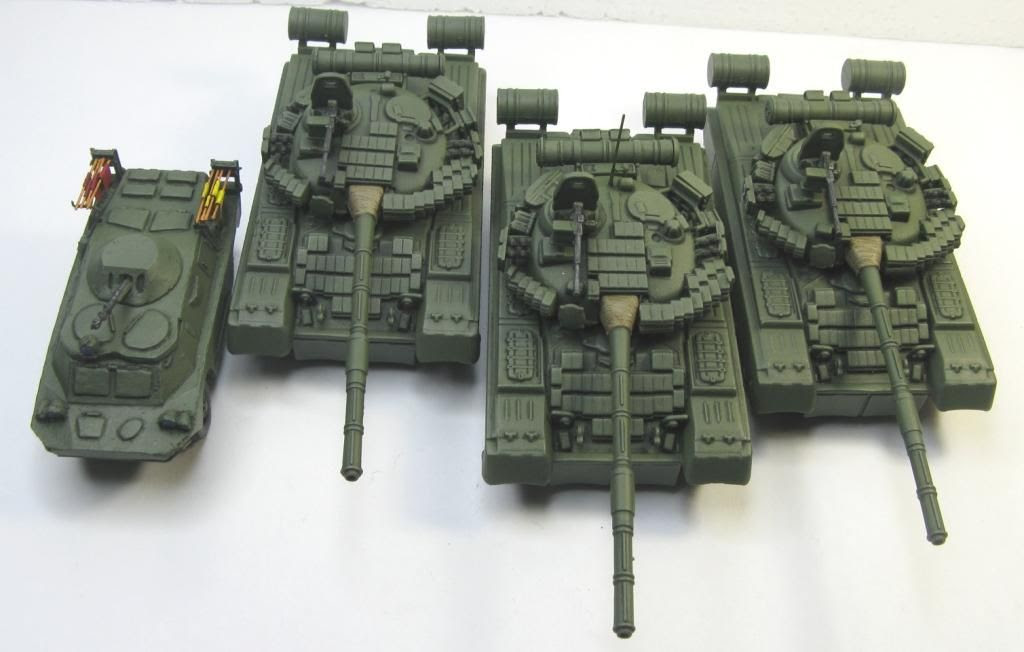 That's all for now.