A few weeks ago I managed to snag a couple of S&S Models Jagdpanzer Kanones from Simon - I never even knew he had them.  I don't really know why - but they immediately had to jump straight to the top of my to-do-list.  I decided I wanted to build one as a straight up and down Jagdpanzer Kanone, while the other I wanted to convert into a Beobachtungspanzer - or artillery obersvation tank.

To be honest the more I looked at them and then looked at some photos of the real deal, I realised that they would need a little bit of work in the "jazzing up" department.  Neither had headlights, or other driving lights, the correct cupola ring on at least one of the hatches, the row of smoke dischargers, or boxes and jerry cans on the rear of the vehicle.  There was also no tools on the side or rear deack either.

I had a massive sort through my various bits boxes, pulling out bits and peices that may have been useful.  I also massacred an old crappy Leopard 2A4 and Luchs.  I had to make the rows of smoke dischargers from scratch - and if you don't look to closely I'm quite happy with them.

Anyway - enough gasbagging - on with the photos - taken outside so finally some decent photos! 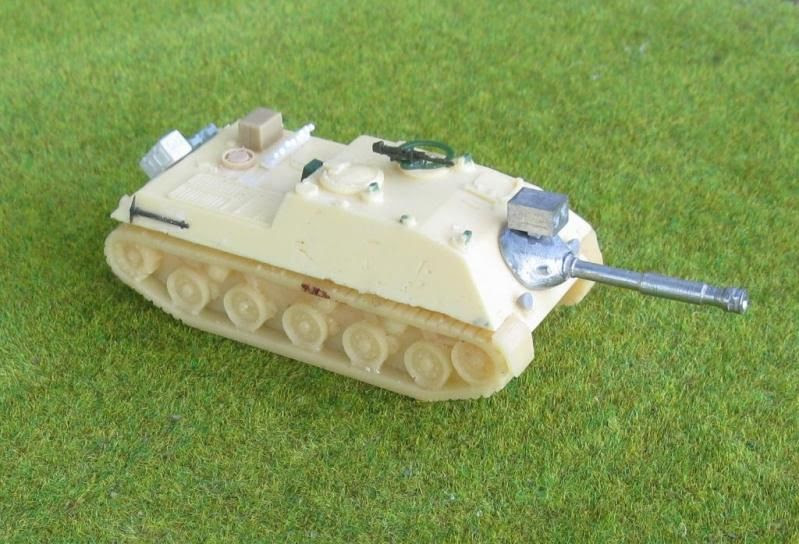 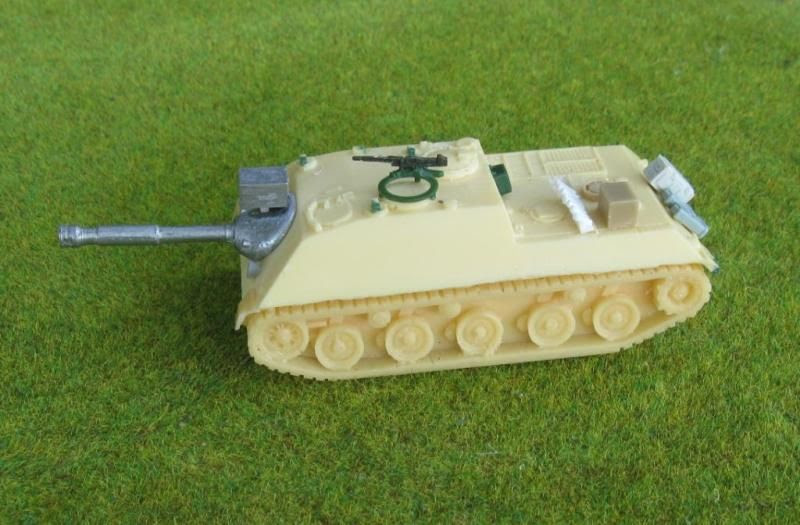 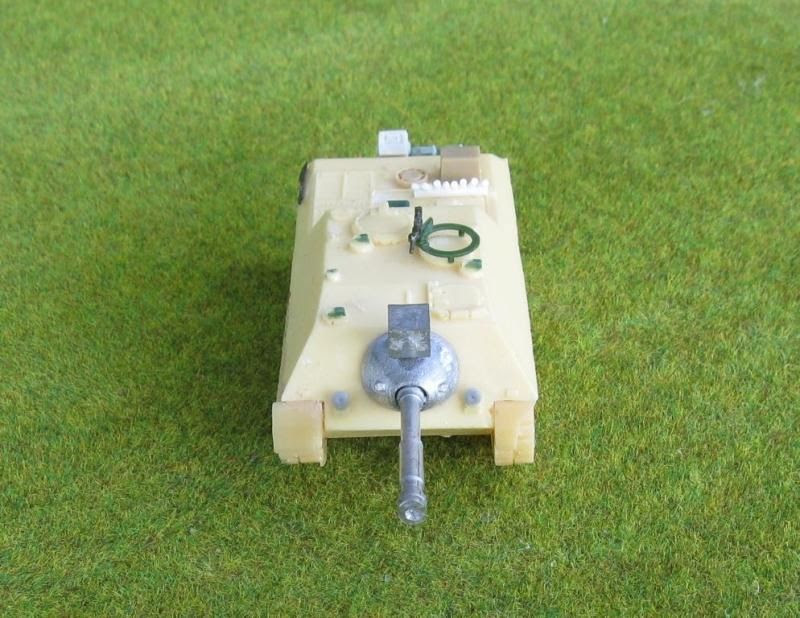 ﻿Next ﻿step for this guy is a bucket load of netting - then he will get an Olive green paint job. 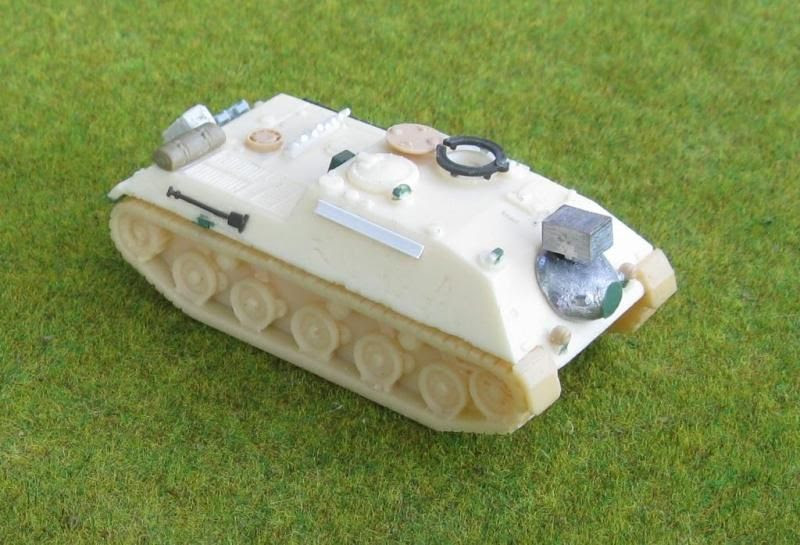 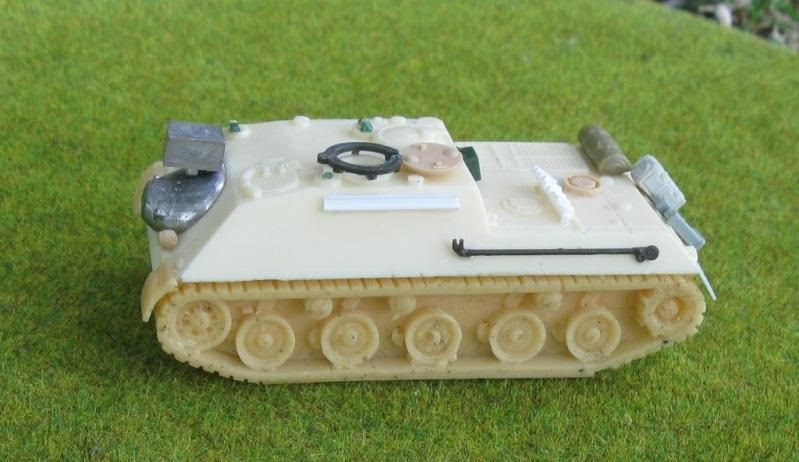 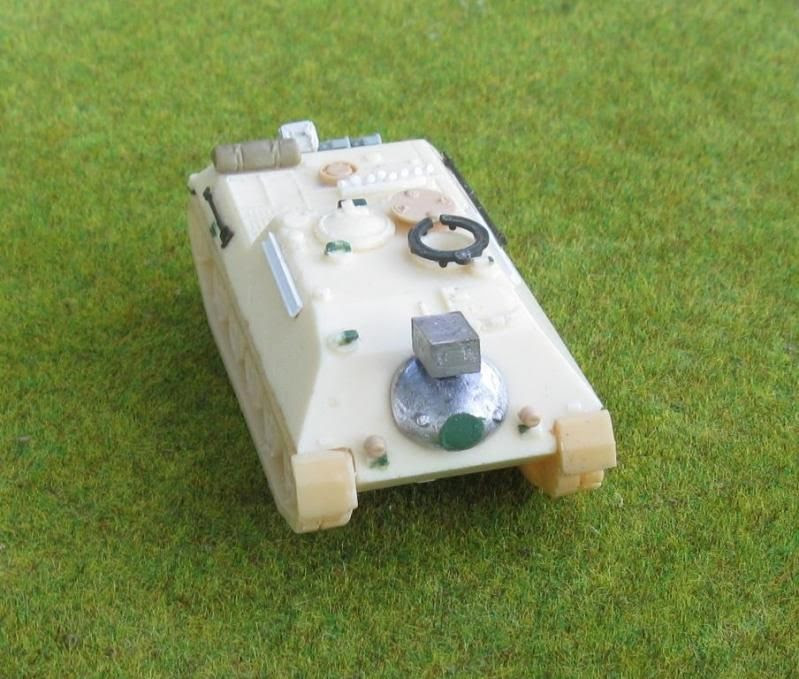 You can't really see, but one of the hatches is open and I have an AB Figures commander who stands nicely in it.  This one won't get the cam net treatment, but will get a NATO three-tone cam scheme instead.

Finally - here is the two of them together from above 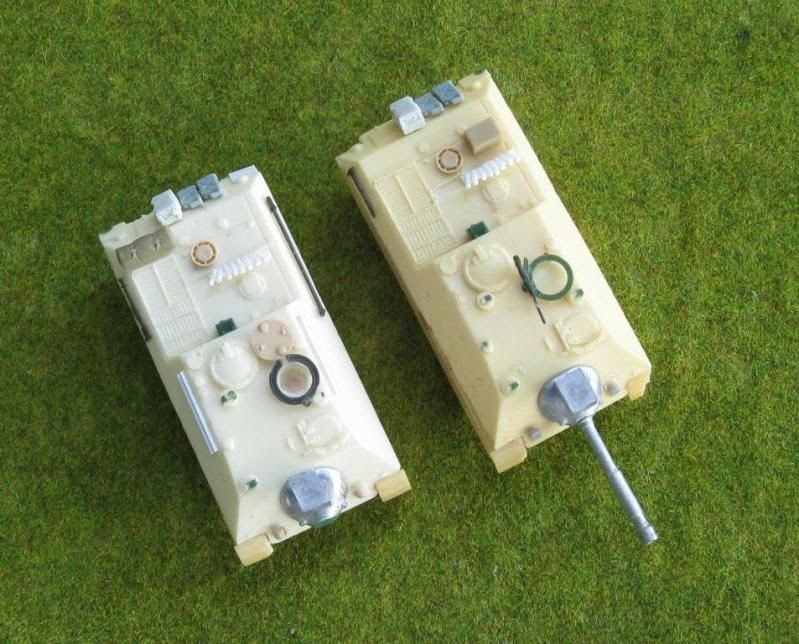 Richard
Posted by RichardC at 2:32 PM