Not exactly what I thought I'd be writing about this week - however it's come to my attention that some Amazon customers who pre-ordered "Cold War Gone Hot", a supplement for their Force-on-Force game system - have already recieved their copies of the book - which isn't due out until 22 November. 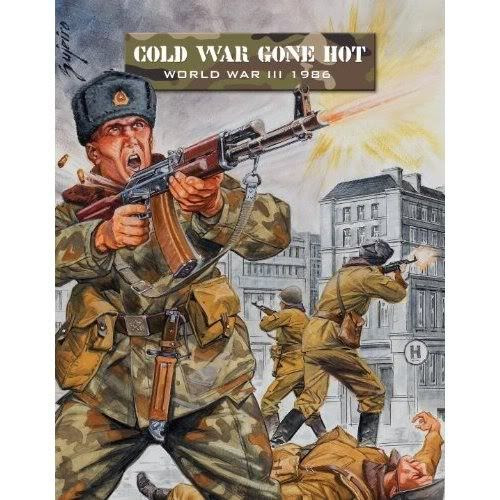 Lucky, lucky buggers is all I can say. Looking forward to getting a copy of this myself.

The last copy of this I have seen was a proof before it was sent off to Osprey. Reason I got to see the proof was because I wrote two of the scenarios in the book, and helped out a little in other areas as well.

I had another scenario that didn't make the book (too big) which I'd still like to try out.

There should be a broad range of other scenarios in there as well - not just special forces raiding type missions and assuming it hasn't changed much from the last time I saw it AAG have tackled the subject in a very interesting way. It is also packed full of useful info - especialy the stuff on unit TO&Es - that will be good for any Cold War gaming.

Richard
Posted by RichardC at 12:36 PM