Well this post finally brings me my blog totally up to date. I'm not sure necessarily if that is a good thing on not - as now I have nothing in storage to write about next week. But hey - as a log of my progress, at least it will now reflect the reality of 'now' rather than something I did three weeks ago.

As I may have indicated earlier there have been a few things driving mt blog. First of all, a chance to finish a new project, of which I've had a hankering to do for years, from go to woe, in the space of about a year. Second, and this is more of a motivator, is the Guild "Big Game" in August - which I will not be attending (it's in Ireland) - but will be trying to run a Sydney based alternative.

Thirdly, and this one has been pushing the direction of what miniatures and vehicles I've been buying/collecting/painting has been some writing I have done for Ambush Alley Games - in the form of some scenarios set in a "Third World War" kind of setting.

One of the scenarios involves a Spetsnaz raid on a RAF Harrier GR.3 hide - an attempt to eliminate some pilots and aircraft that have been providing effective close air support to NATO by bleeding the WARPAC forces as they advance to the FEBA.

For this mission (well the NATO side anyway) I needed a couple of Harriers and their pilots, four sets of RAF Ground Crew (1 set for each Harrier hide) and a similar number of figures that could be used as the Ground Crew who have now armed themselves with SLRs and donned helmets and are ready to defend their "base". 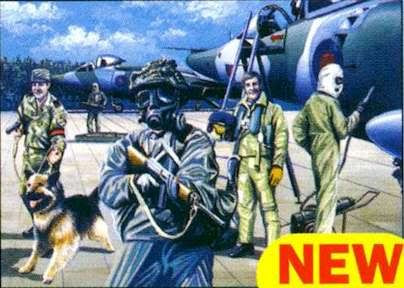 Eventually I'll also need some RAF Regiment types, some Land Rovers, a Sultan, a Saracen and a Scorpion - but they are for later down the track (as Leigh owns all that type of stuff so I can borrow it to play the mission).

The Spetsnaz team are already covered by the figures I've shown earlier - I'll be primarily using Liberation VDV troops and some others (all in Cam jumpsuits). The Spetsnaz chaps are all finished.

There is nothing special about the way I painted these. Simply a black undercoat, Tamiya Olive Drab spray, a Citadel Babab Black wash, and then drybrushed with Vallejo Reflective Green. (I’m sure any green would do!)

I did however come up with a cunning plan as to how I would approach this. Normally I paint about 12 figures at once. But as these were all pretty simple I decided that I would try and paint as many as I could at once. I had a spray painting stick to which I decided to stick a long piece of double sided tape. I would then place the figures on the tape – spray them and then paint them whilst all nice and securely stuck to the stick. I would then easily pop them off and have a bucket load of painted figures.

Here a pick of the painting stick on my desk: 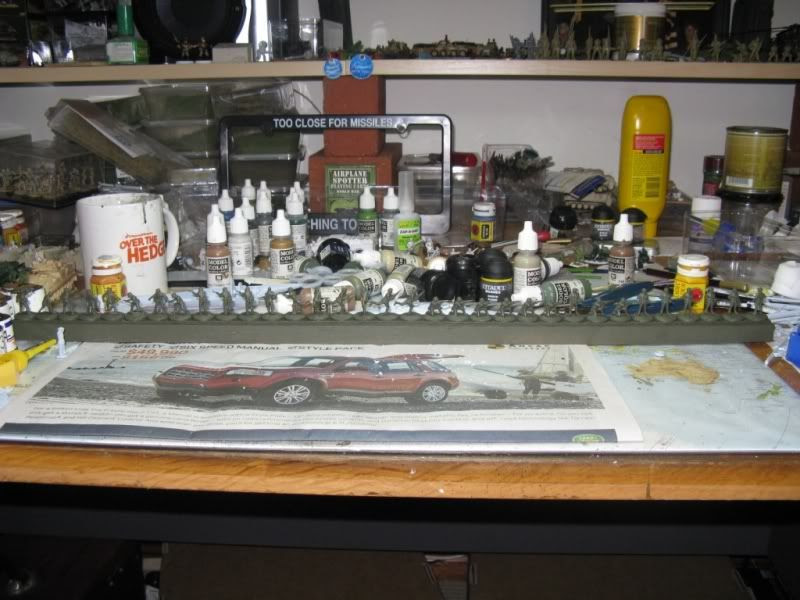 The first flaw in my cunning plan was when I discovered that the stick really was too unwieldy, and was a bugger to manoeuvre around on my painting desk. After slapping on the wash, drybrushing the figures and painting the bases on the stick, I gave up and decided to go back to my more traditional method of painting.

Here the second flaw in my plan was revealed when I couldn’t get them off what now appeared to be my super effective double sided tape. NASA could use this stuff to stick tiles onto the Space Shuttle! In the end I had to lever each figure off with my Leatherman. It was extremely annoying and I ended up with bits of tape stuck to the underside of each base.

On to the next plan…

When I arranged these for the photographs I put them in batches of several of the same figures – so I could show front, back and facing all at the same time. In the views expressed by some, this turned out looking like some kind of choreographed Michael Jackson music video. All pretty amusing actually. I was in a fairly light hearted mood when I placed them up on the AAG forum and on the Guild – so I’ll replicate that here.

So here they are 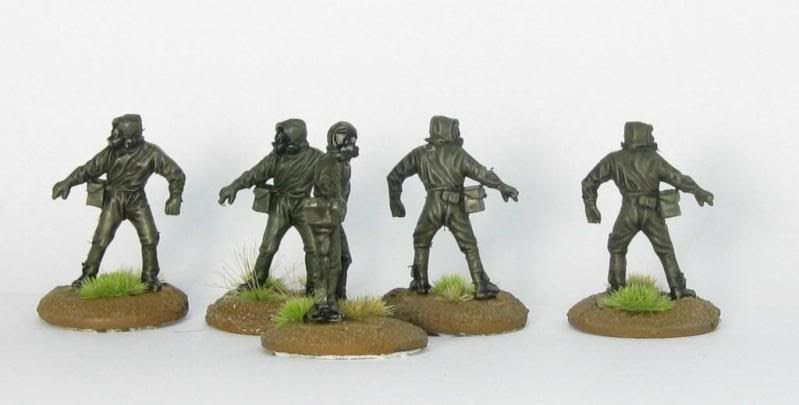 RAF men looking like they want to grab something

One of them found something to grab

"Look what I found," he said, waving his favourite spanner 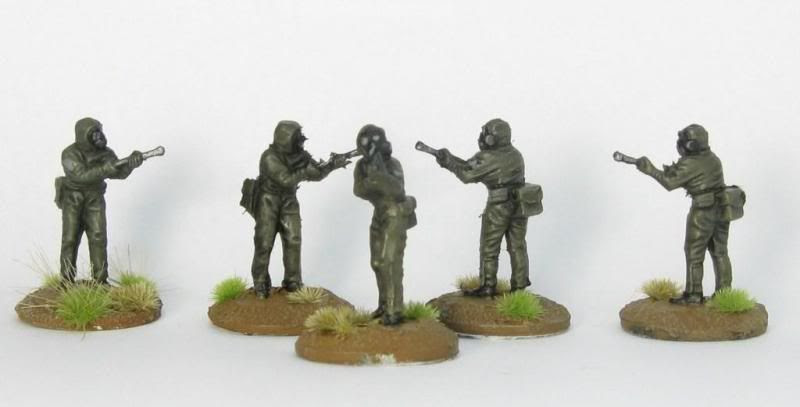 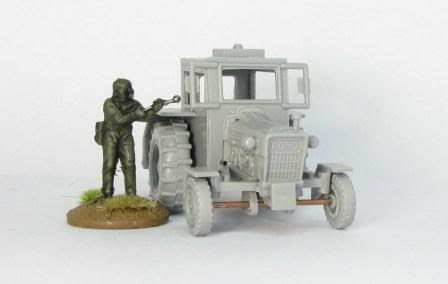 One of them poking a tractor

RAF men in a different pose with pokey things 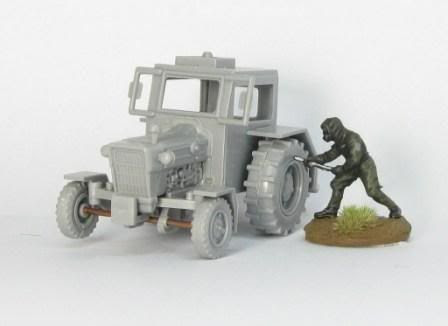 One of them poking the tractor differently

"What happens if I point at this bomb trolley?"

Richard
Posted by RichardC at 3:01 PM