I thought it was about time I posted up this AAR - considering the photos were taken about 3 weeks ago and have been on the Guild and The AAG forum since then.

So Leigh Neville and I got together for this game at EMIRS (the club we play at) and played "Baker's Corner" out of the FoF Rulebook. We made a few changes - the most obvous being we used British for the defenders instead of Americans.

As always when I play at the club, I can't find one of the things I was looking to take with me (in this case, hedges) so when I got there I dug through whatever I could find (its a hedge intensive mission) and in the end we had to use fences instead for some of the layout.

Here's a couple of shots of the table: 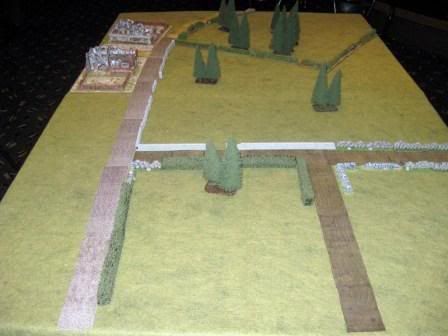 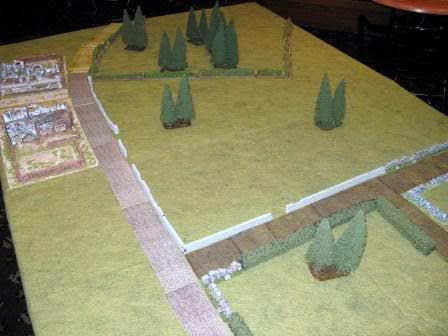 Leigh set up first with a couple of Chieftains protecting the Soviet exit route: 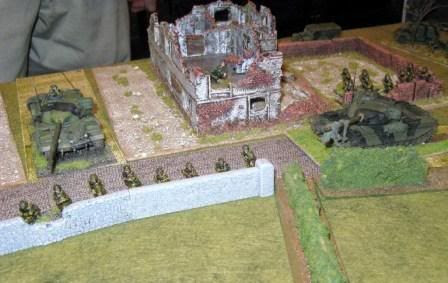 And two Warriors down the south end of the table: 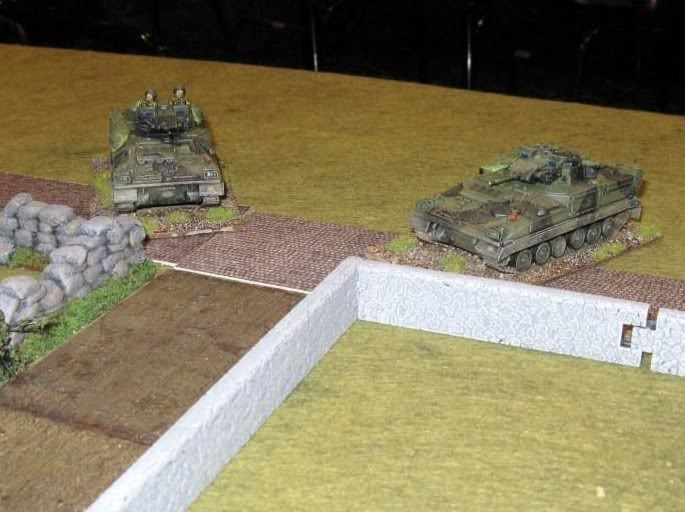 British infantry cowering like dogs in the buildings near the roads: 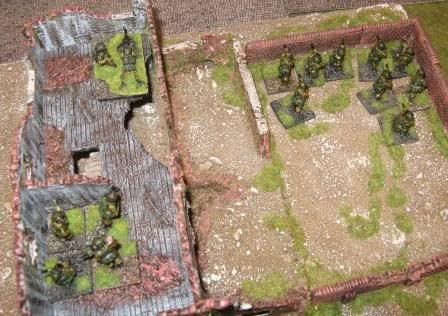 British Command Post - had no role in the game, but Leigh wanted to put it on because it's so purrdy. 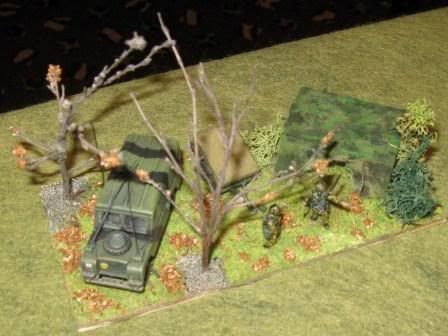 The glorious Soviet Forces roles onto the battlefield (with the majority hiding behind the screen of trees... 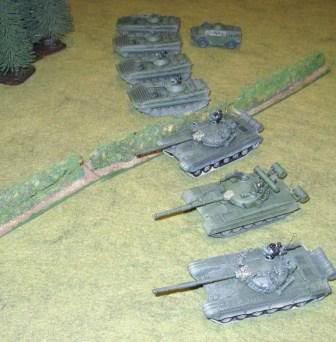 And get immediately smacked down by a the two Warriors 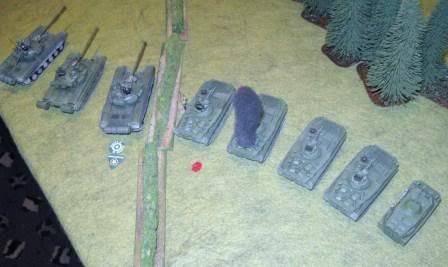 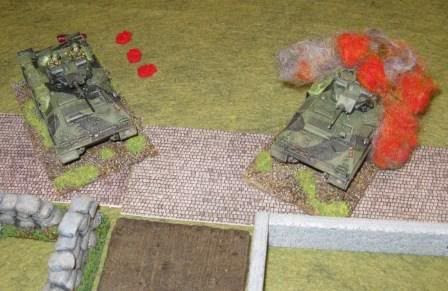 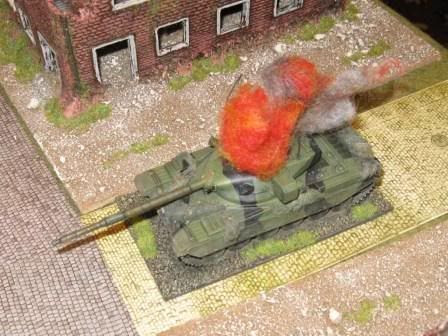 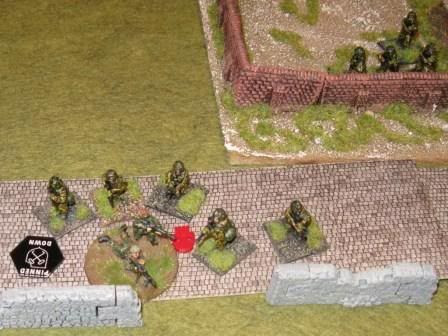 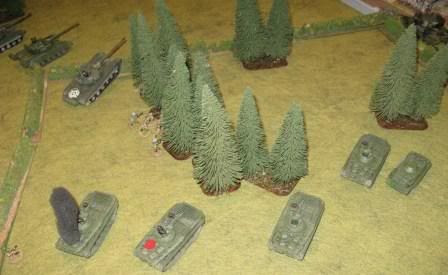 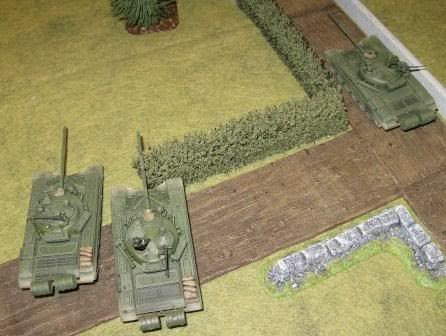 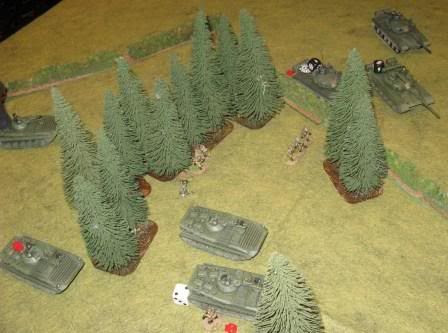 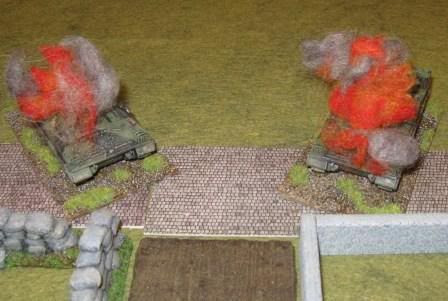 and the immoblisation of the remaining Chieftain 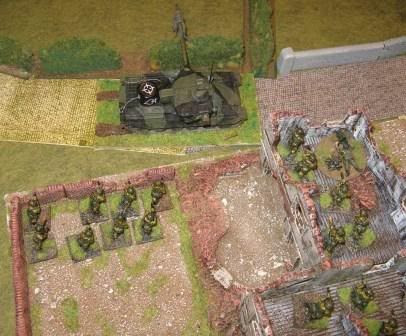 Which survived 2 Sagger and 1 RPG attacks against its side armour, whilst managing to damage 2 T-72s and shot up the RPG fireteam.

The heavy rain meant that no Soviet vehicles got off the table within the turn limit, but they still gave the Brits a bloody 'Red' nose.

Richard
Posted by RichardC at 7:36 PM