I had originally planned this post to mainly be photographs of my newly finished Danish Home Guard figures.  However, ongoing renovations at home have turned my office into a bit of a tip and a storage area for everything that's had to be moved in the house.  So - bottom line, I can't take decent photos, but can still paint stuff - so photography has gone to the bottom of the pile while painting has remained steadily on top.

What this all means is that I've started the year pretty well painting wise - and should have some stuff to show off once my office has been declared safe to enter.

So today is more of a background post than a standard update. 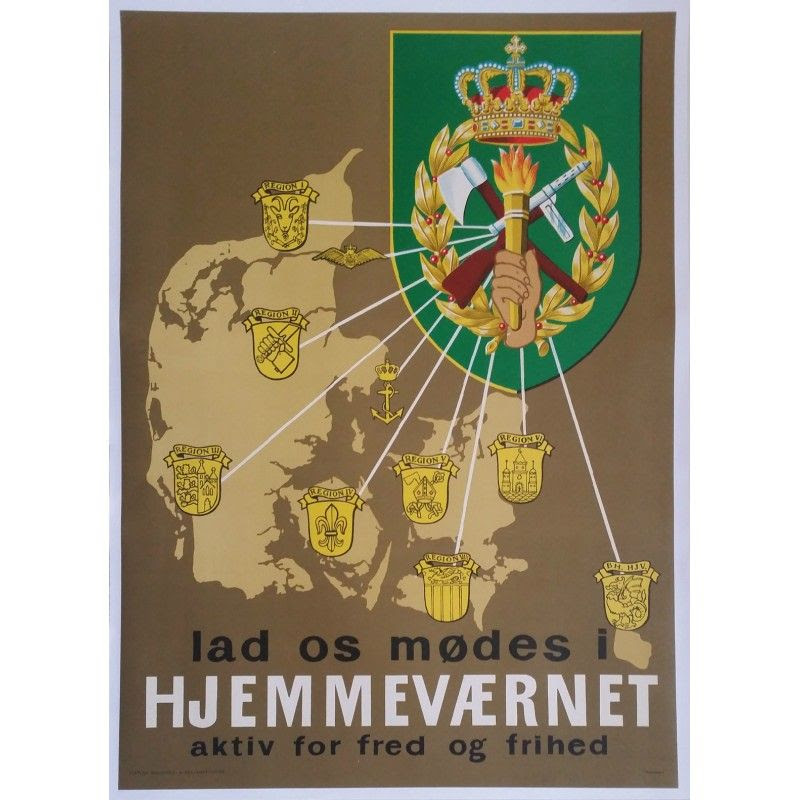 So... why the Danish Home Guard?  Well I stumbled across the Danish and Norwegian Home Guard whilst doing my customary reading on the Cold War.  Both are interesting organisations as each was an outgrowth of the national experience during World War 2.  In the case of the Danes, it was an expression by those who served in the Danish Resistance Movement of wanting to protect the Danish people from a government, which in the war had handed over Danish citizens to the Gestapo.  They did not want the same thing to happen again if the Soviets invaded.

So the organisation was set up, independent of the Government and the Military, but headed by a representative of each - and it sits under the Ministry of Defence, only coming under direct Military command in time of war.

By the mid eighties, the Home Guard was still using the hand-me-downs of the Royal Danish Army - and in many cases this meant surplus US Army WW2 era weaponry such as the M1 Garand and the M1 Helmet, like the one this Danish Royal Army soldier is using/wearing: 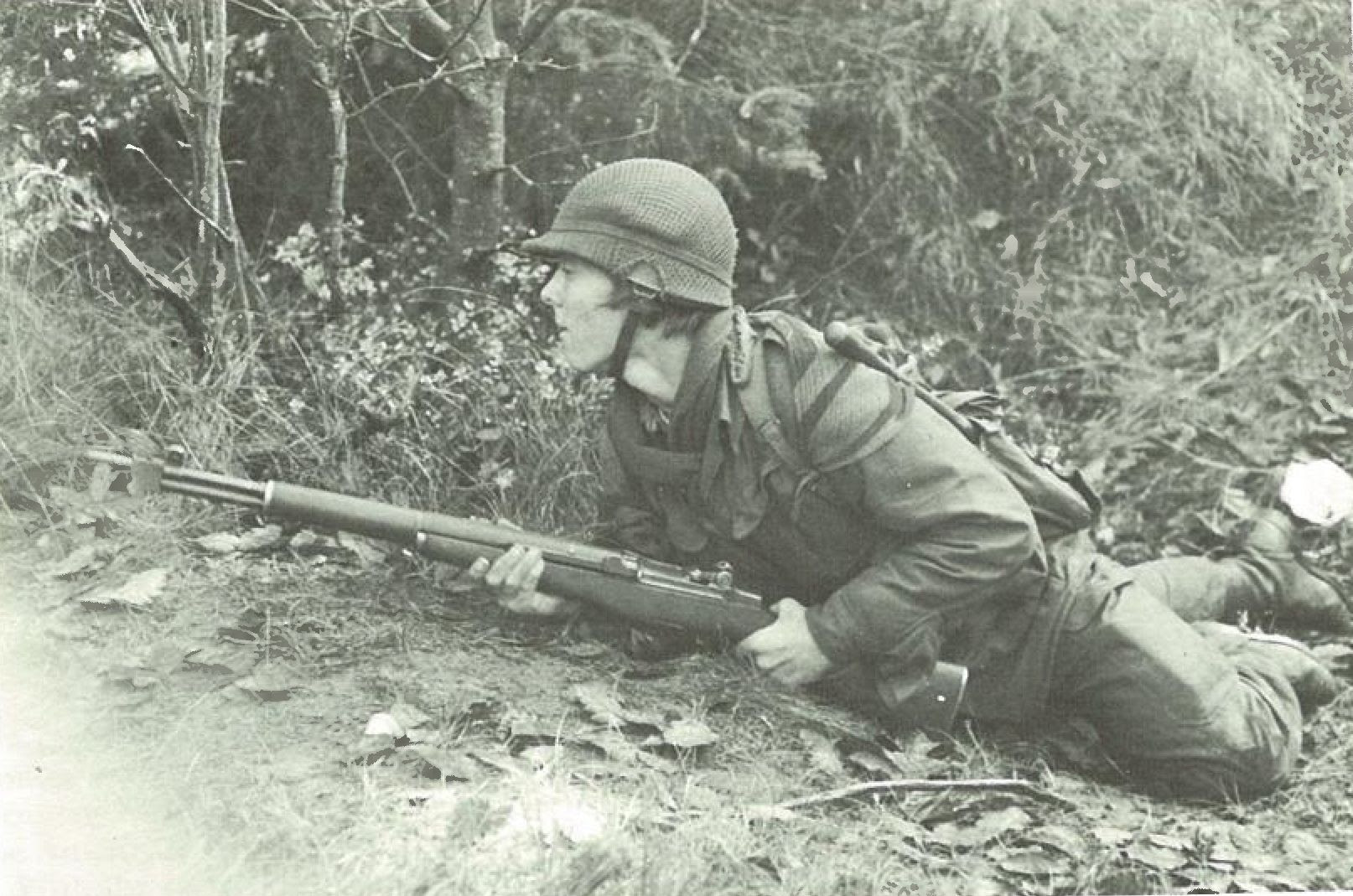 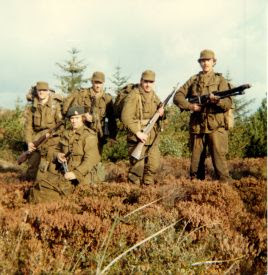 and the Danish built Hovea M/49 SMG (seen below carried by the two Home Guardsmen in the middle left - held pointing down): 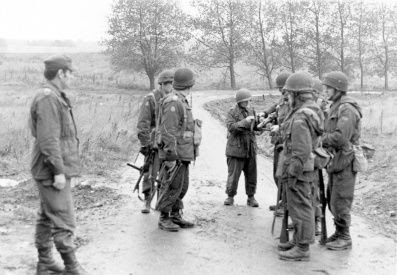 At first I will be creating a standard Home Guard platoon, mainly equipped with M1 Garands.  For this I will be using Wartime Miniatures Late War US Infantry.  Sure the webbing is kind of wrong (with the main inaccuracy being it seems the Danes have the handle of their entrenching tools pointed upwards rather than the American downwards) 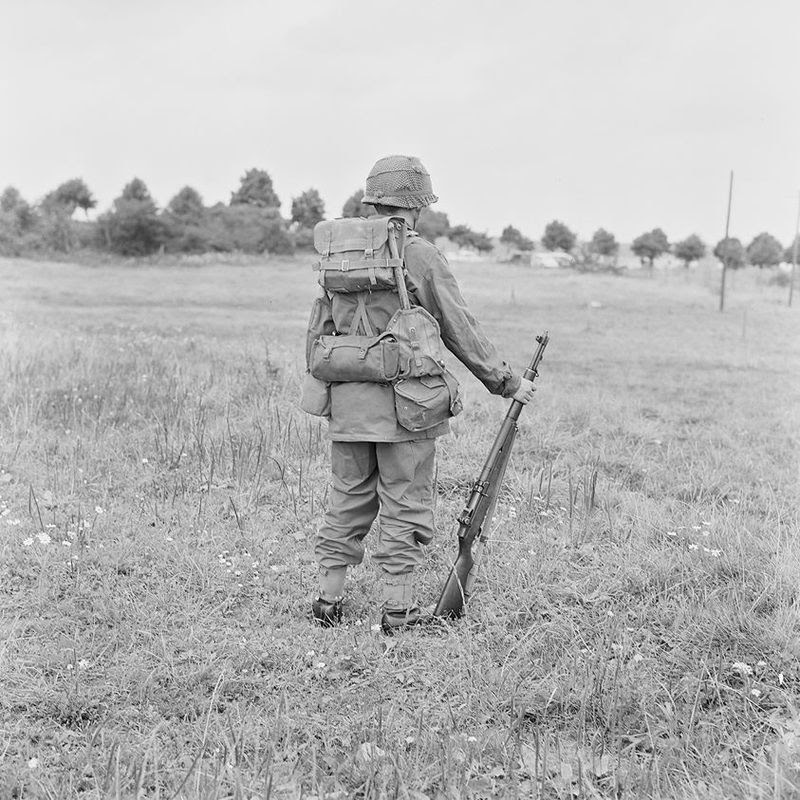 Mine will all be pointing down!  Some of my figures will also have M1 Carbines - but my argument will be that's it's all they could get their hands on...

All the helmets seem to be covered in netting at least, so I'll have to rectify that (and that's something I can do at least!)

I'll also have to do at least one conversion, to rid a US NCO of his Thompson SMG and replace it with a Hovea SMG.

In the future I hope to convert some more Wartime figures into a Special Intelligence Patrol - which is a kind of Home Guard spec ops LRRP unit who's troopers look like this: 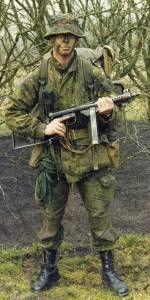 But that's a job for the future - when I've worked out how to scuplt a boonie hat.

So that's - hopefully next week I'll be able to take some photos of the platoon and post them up.