Back in August, I built a couple of S&S PT-76's - Here - to go with my PST Models PT-76 which I first showed here back in January.

So I decided not to add decals to the S&S models - particularly Naval Infantry flags - so they could be used for Category 2 style Soviets or 1970s games etc or as units from a WARPAC force.  And I decided I needed a Platoon Comander vehicle which would look different enough to the other two PT-76s to be easily noticed on the tabletop.

My standard way of doing that is to add commander figures - so that's what I decided to do to this PT-76.

This meant it needed a bit of radical surgery as the commanders hatch on the PT-76 is a rather massive one.

I forgot to take any work-in-progress photos - so here is the finished model: 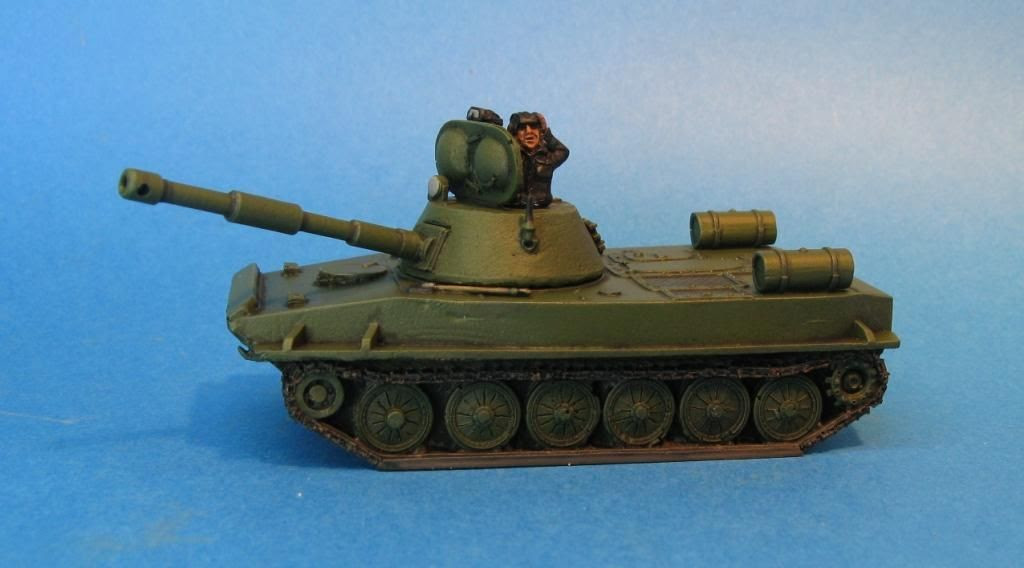 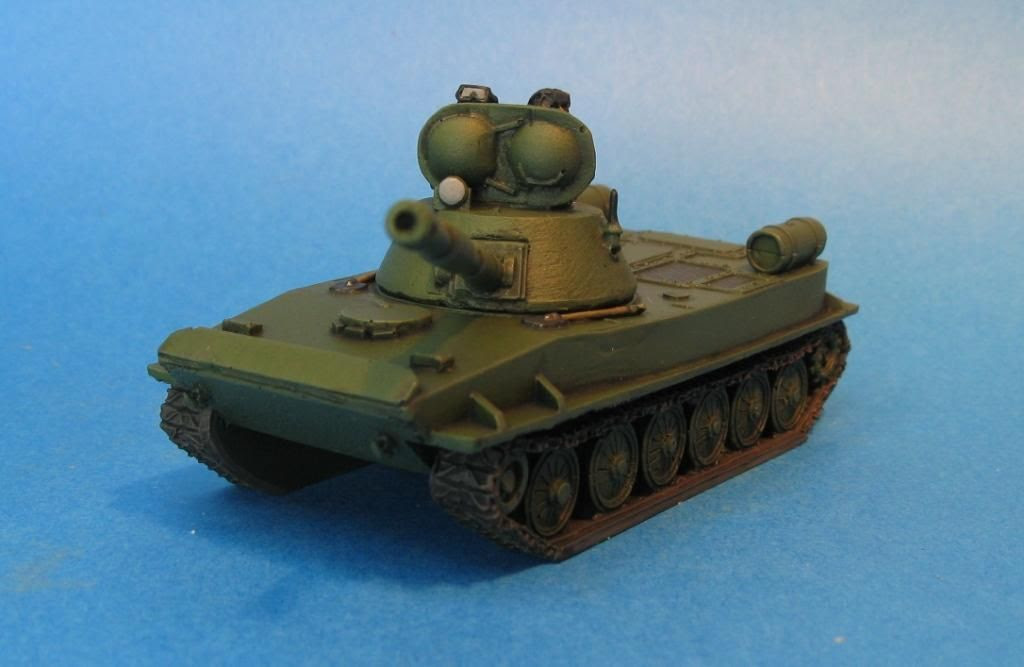 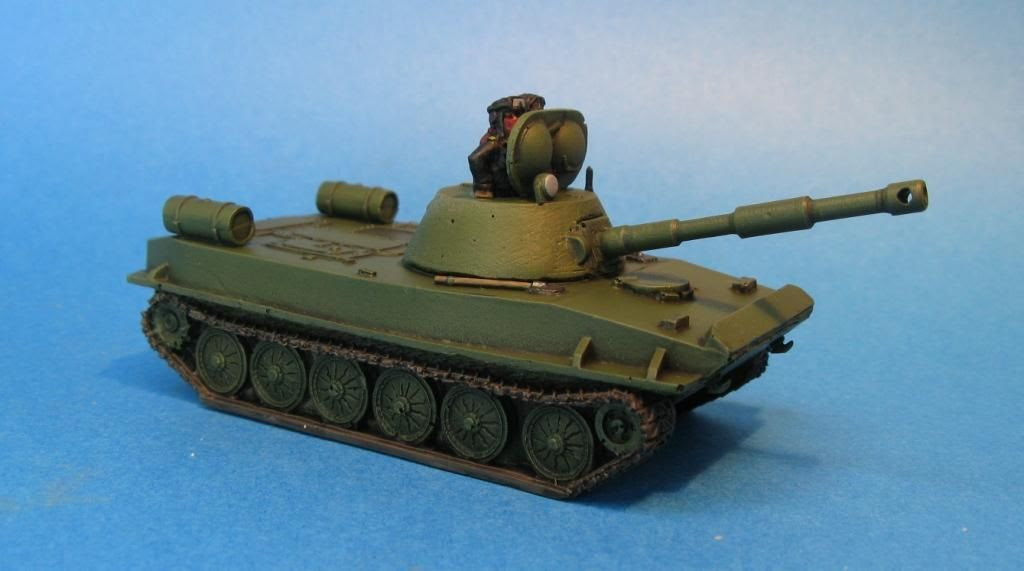 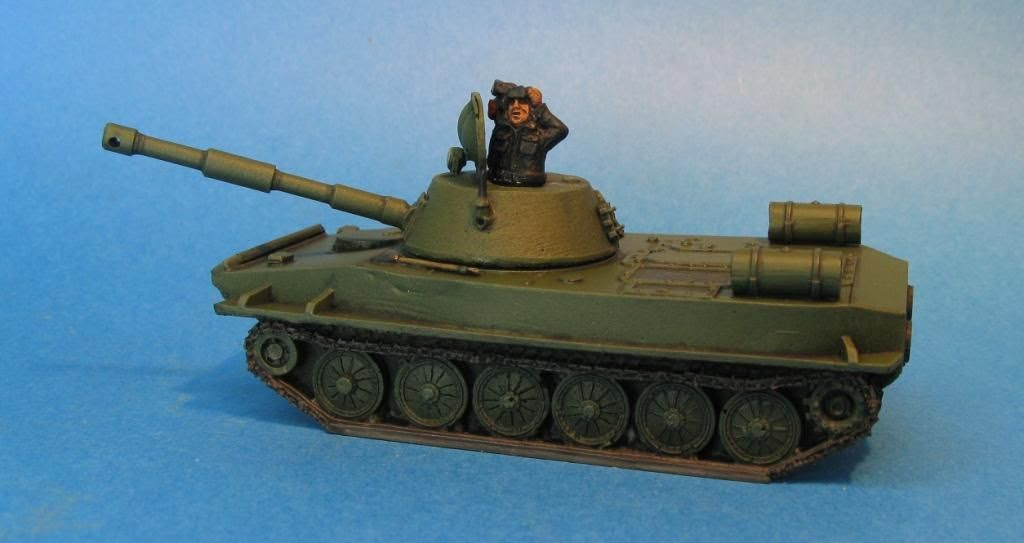 So the crew are Liberation Miniatures, the tank has had some T-34 fuel barrels added, plus shovels, lamps, hooks and antennae from the bits box.