The beginnings of yet another little side project... Airfix Saracen!

A few years back I bought a stash of Cold War model goodness from a mate of mine - some of it made up and painted - some of it unbuilt kits.  There were a few odds and sods in it that didn't really fit with my plans at the time and they were basically left in a box and largely forgotten about.

Over the last year or so I've had this little idea formenting in my mind, and over the Christmas break I dug out the box and found this old Airfix kit - and for a change of pace I put it together and painted it. 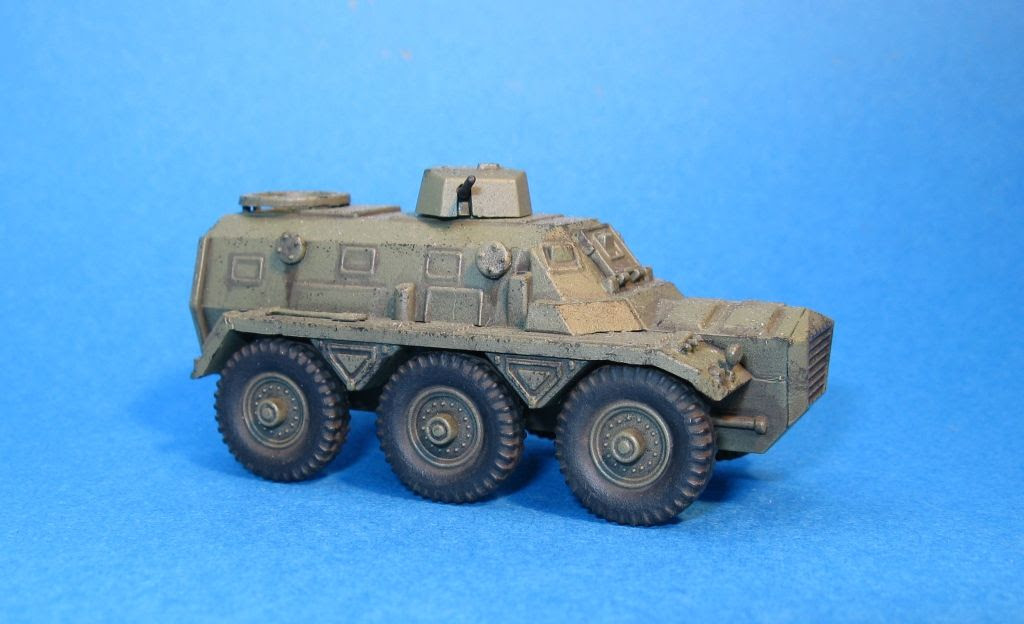 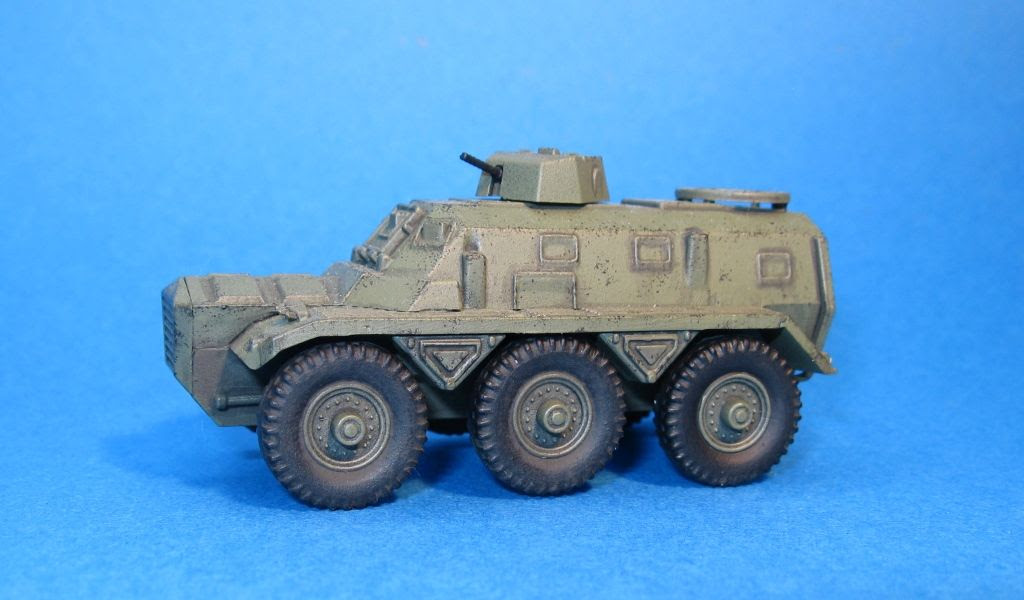 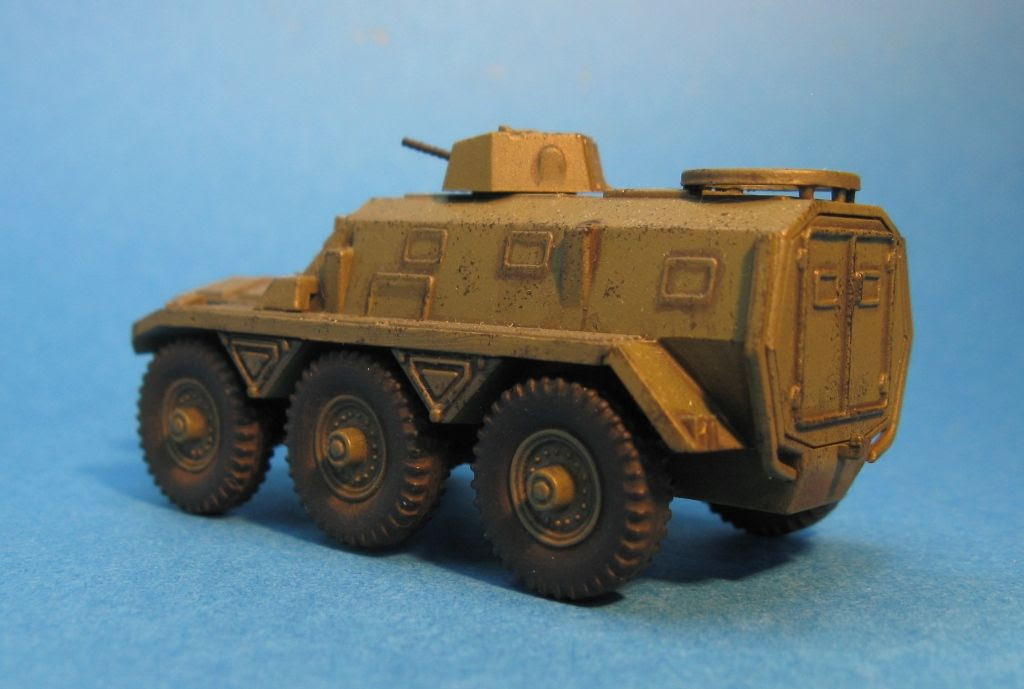 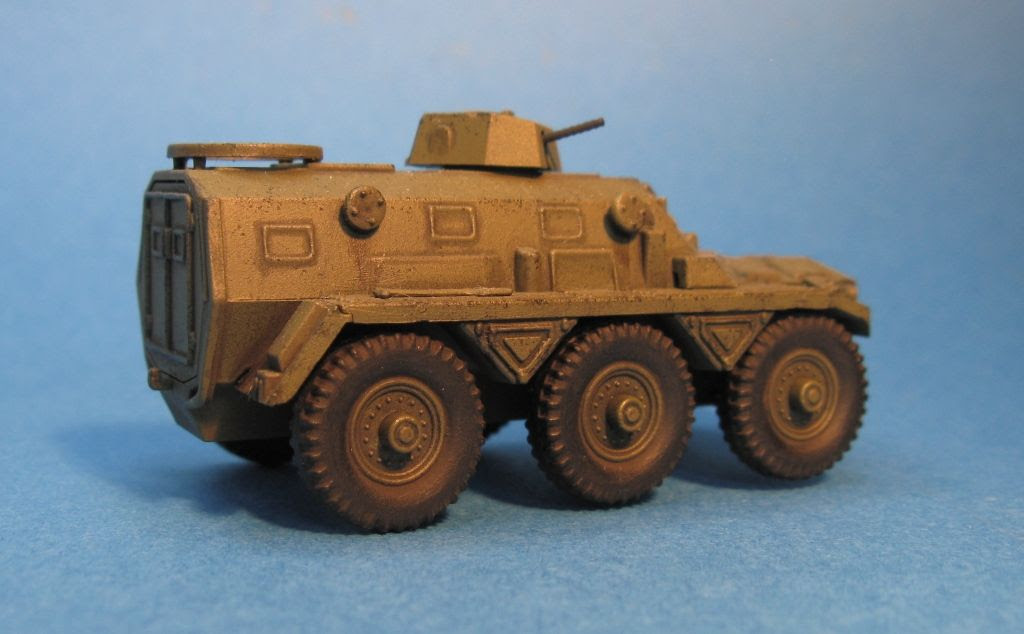 Obviously I fiddled with the lighting or the camera half way through shooting those pics.

Dynamo little kit - goes together like a dream, options to make 3 variants (from memory) and it paints up very nicely.  I wanted it to look old and a bit un-loved so decided to try a bit of "chipping" with make-up sponges to see how it looked and am quite happy with what I achieved.

The idea behind this is that with the increasing tensions the British Government has begun activating its Territorial units and has decided that it needs to increase security around some critical infrastructure.  In order to beef up that security, and provide a bit more mobility to UKLF territorial units defending these sites, they have taken a few old "armoured" vehicles out of storage.

This Saracen will be patrolling the perimeter of RAF Fylingdales, a long range radar station on the North York Moors in England, along with some military police and armed police.  Who knows... that base might be the target of a Spetsnaz cell on (or even before) hostilities commence.

Thanks and take care