Well - here we are again...  This time I thought I'd show you some of my recently (like 2 days ago) completed West German Infantry.

Before I jump into it, I first have to say that the "new" Elhiem West German Infantry are simply some of the best miniatures I've ever had the pleasure to paint.  The poses are all excellent, very natural, well studied, with great attention to anatomy, weapons, uniforms etc.  I simply love these figures and can't wait for Matt at Elhiem to add to the West German line - to match his excellent BAOR range.

Anyway - that's enough waffling from me - onto the photos - in no particular order:

The first 2 shots give you an overview of the Elhiem BW03 MG3 range. 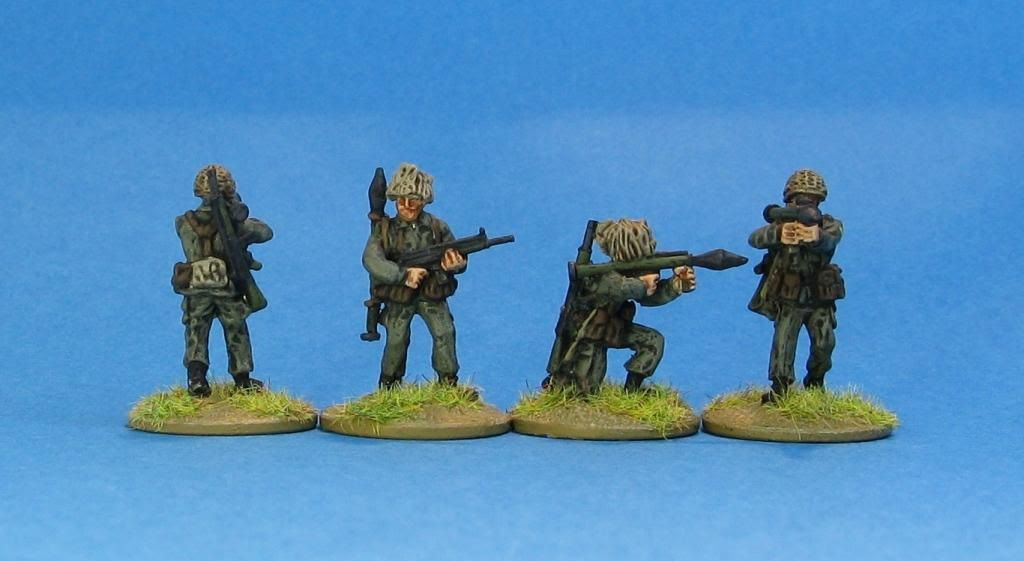 These 2 photos show the Elhiem BW04 set of infantry armed with Pzf 44.  I particularly like how they are still carrying their G3s.

This photo is what I'm calling Officers and NCOs.  The chaps pointing actually come from the BW02 and NAT02 rifleman sets while the chap kneeling down looking though bino's comes from the BW05 Milan ATGM team set.  I'm using the pointers as NCOs, with one of the bino chaps as a Platoon officer (until a proper one comes out) and the other as part of a FOO team. 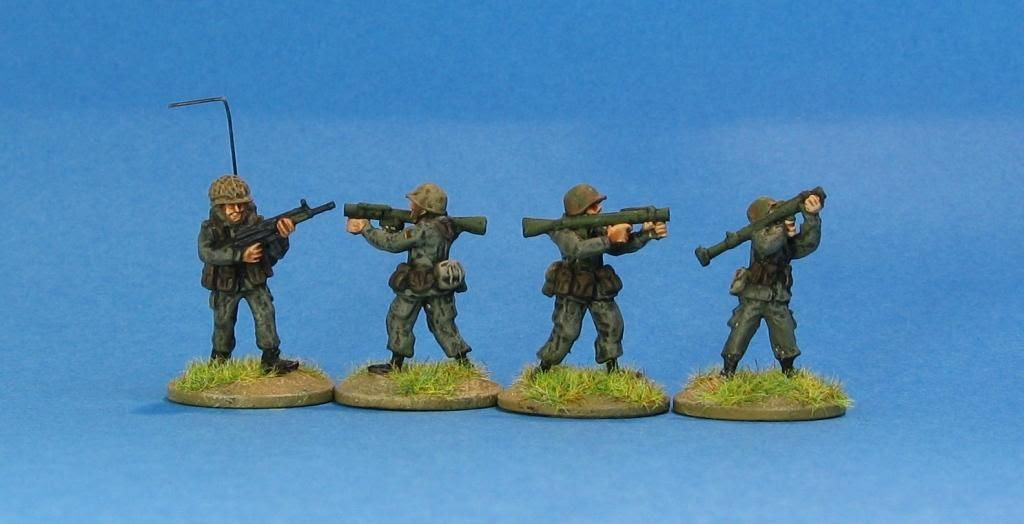 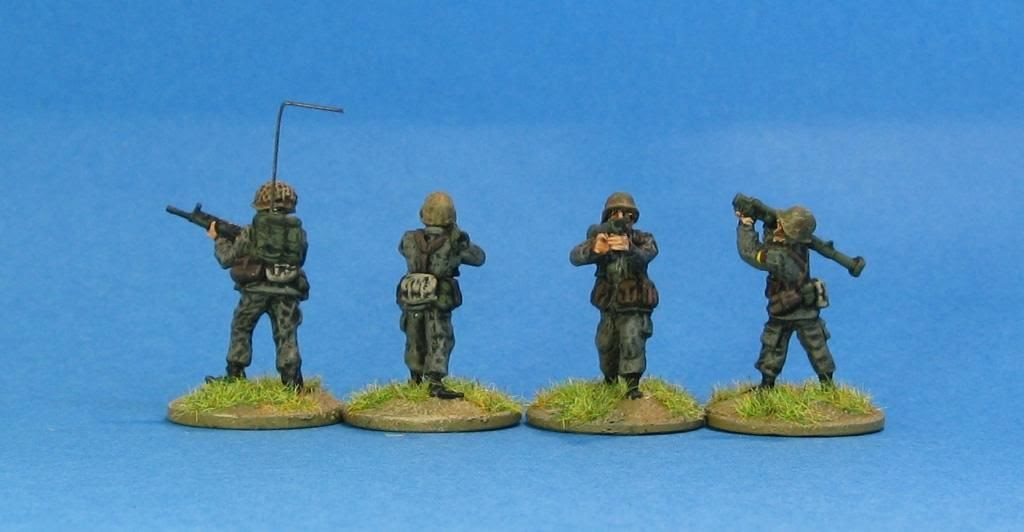 These 2 shots show a variety of things - from the left - a RTO - basically a standard rifleman from BW02 with a greenstuff radio backpack added by me.  Next are 2 Carl Gustav gunners from BW04.  The final chap is an old Elhiem figure firing a Redeye SAM.  He is out of production - but I'm assuming Matt is planning a better version of him some time in the future.

Next are my new Milan ATGM teams.  Elhiem's BW05 gives you 3 figures & the Milan.  I only used 2 on each base - the gunner (Missiler?) plus either a loader or an observer - just to misx it up a bit.  This also meant I was able to use as Revell Milan gunner and Milan and one of the observer figures to stretch it to another team - so I was pretty chuffed with that. 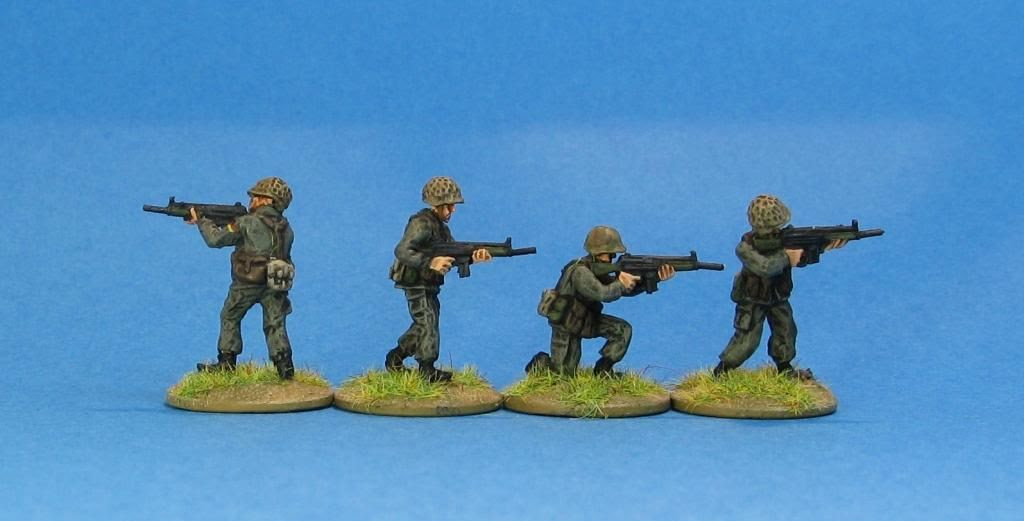 These are all the standard Riflemen that come from BW01, BW02, NAT01 and NAT02.  I decided to get one pack each of the NAT01 and NAT02 so I could have a little more variety - basically they come with plain helmets. 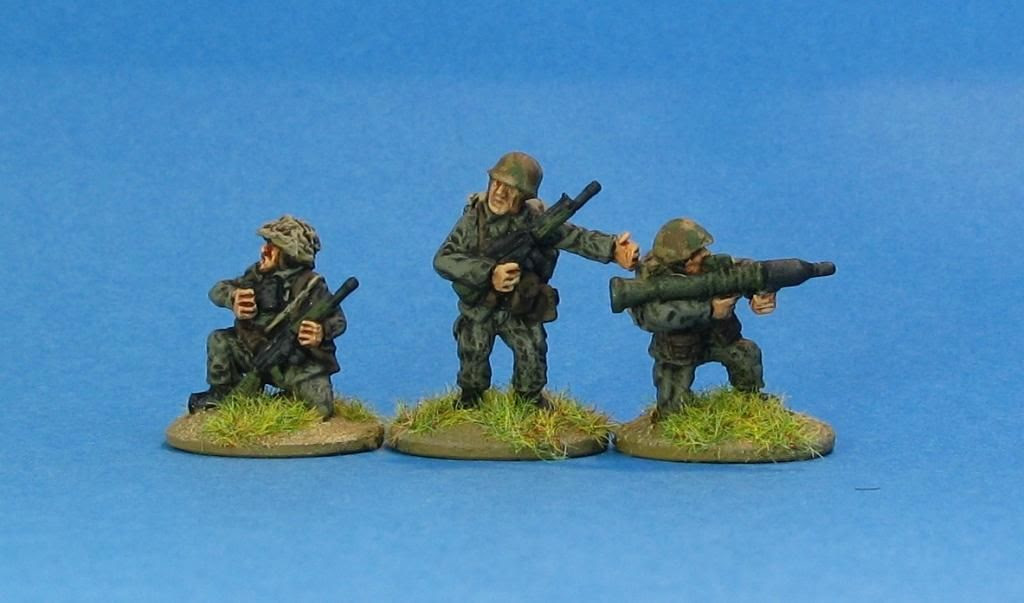 Finally to complete a particular section I had half done a year or so ago, I needed a couple more Liberation Miniatures to be finished.  I know the Panzerfaust 3 on the right is past my time period - but I'll be using it as a Pzf 44 instead.

So that's all my new West German infantry.