Well I've been building a fair amount of models and figures lately - but painting next to nothing - hence not much to show here for a while - so I decided I wanted to quickly finish a couple of things.

One of the figure sets I had put together for BGK and BGO was this Zvezda set: 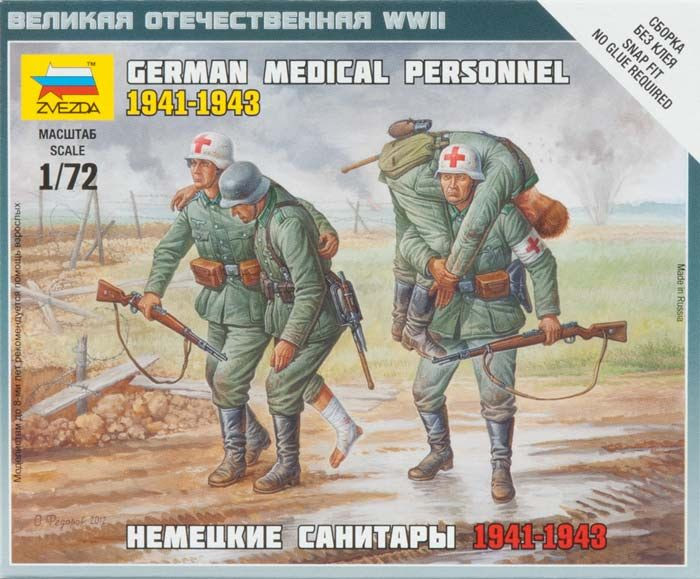 I really liked this very cheap ($5.00) set which was crisply made and painted up fairly quickly - less than 3 1/2 hours over a couple of nights - which for me is quite fast.  I decided not to go with the white helmets and red crosses as both the un-injured chaps were carrying rifles - so I thought it better that it look like these were the wounded soldiers comrades carrying them to the aid station - or something like that.

Not the best photos - again... but I was doing it quite quickly so here are the results: 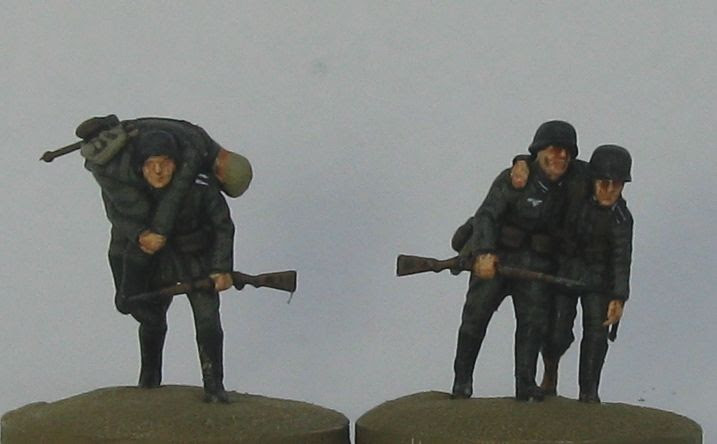 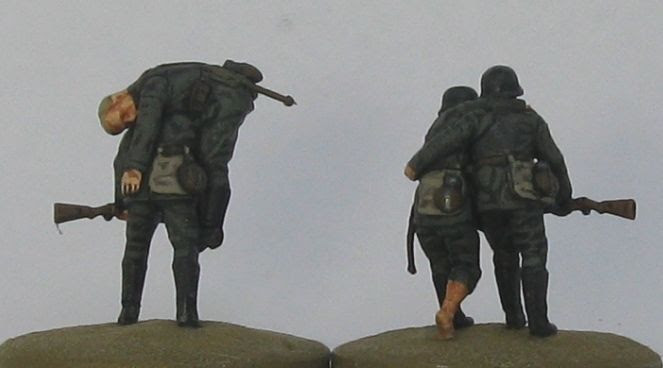 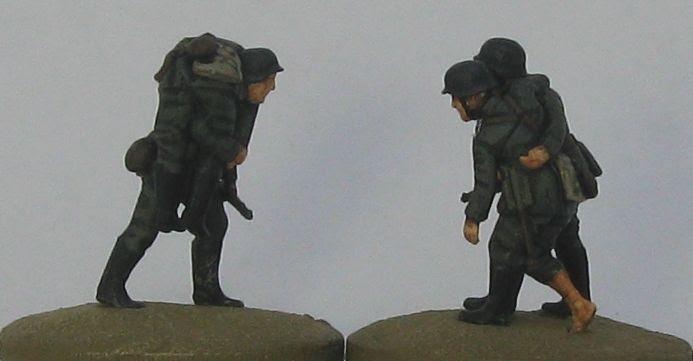 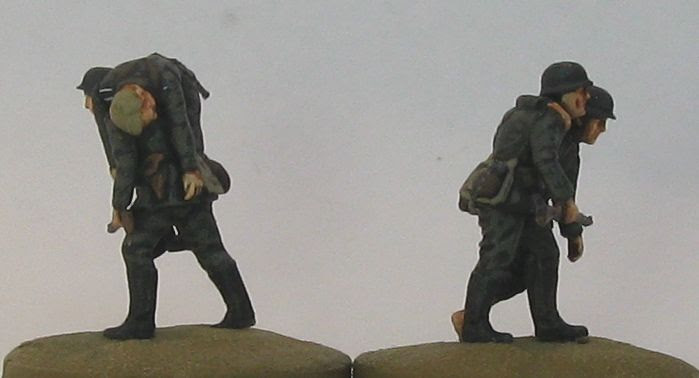 Photos are very dark for some reason - I think the figures look better in the flesh - so to speak.

Anyway - tonight I'll add some grass and finish these guys off - along some some other German troops I've nearly finished.

Probably a week or 2 more of WW2 stuff, then back to Cold War models - where I've added some nice stuff to my stash lately.

Richard
Posted by RichardC at 4:09 PM