If you've been following this blog you'd be aware that I was hoping to have a decent sized force ready in time for a big Cold War Hot game similar (but a lot smaller) to the one held in Ireland by the Guild. Our hopes of holding the game on the same weekend as the Guild game were dashed by the Federal election - so we decided to hold the game in November.

This game me a bit more time to get stuff done and over the last week or so I was trying to knock over a fair amount of Soviet stuff. In the end I didn't do any more British kit, but knocked out 30 odd more Soviet Motor Rifle troops.

Weel, we finally had the Sydney Big Game on Saturday. Whilst we didn't end up with lots of players we did manage to get in a pretty reasonable game - with a fair amount of kit. Players were - WARPAC - Simon & NATO - Dean. I was the umpire and ended up helping Simon a little, while Patrick arrived late in the day and ended up helping Dean a little.

Here is the layout of the table: 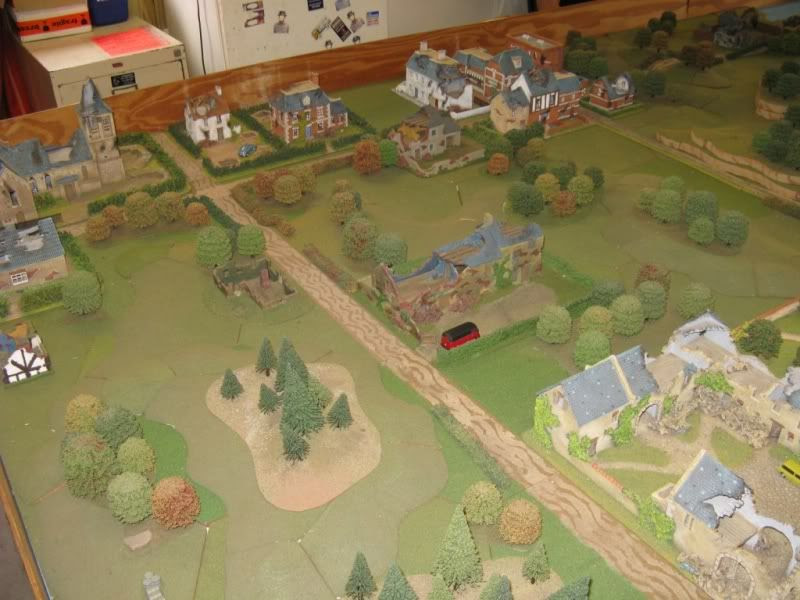 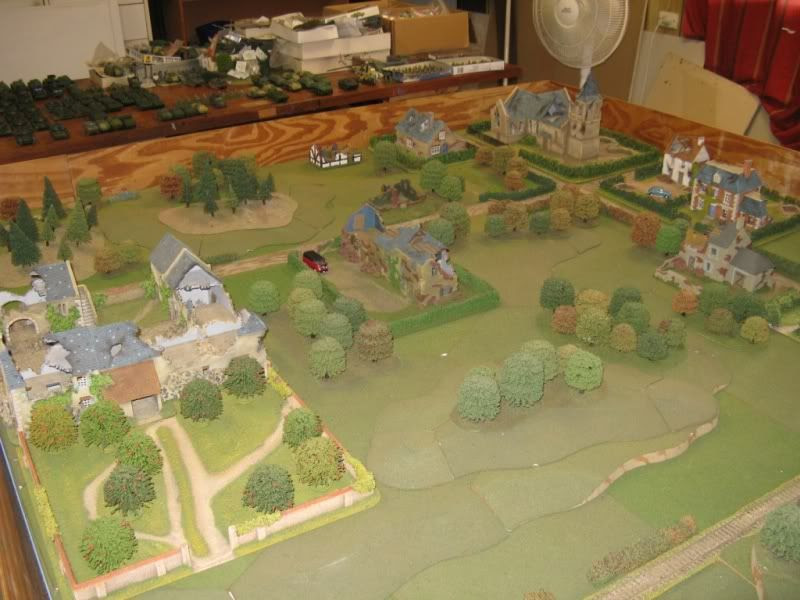 2 views of the Soviet end of the table. 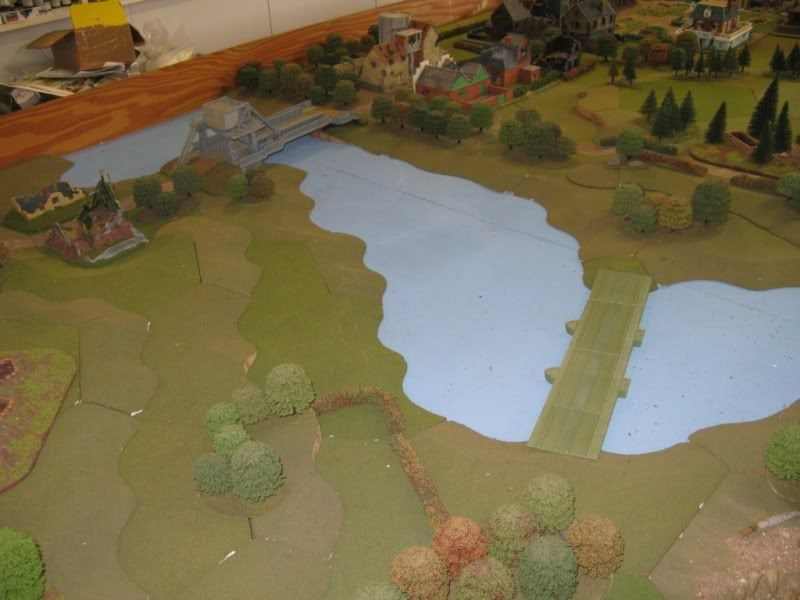 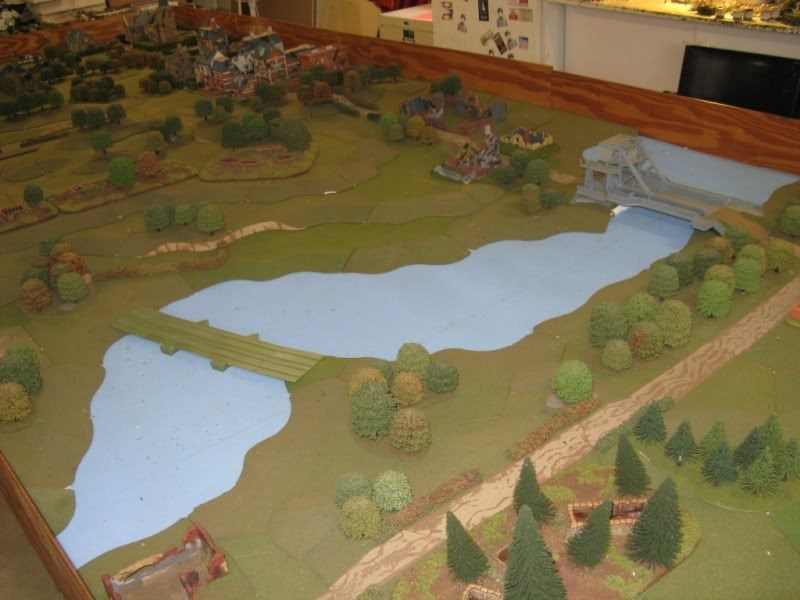 2 views of the centre of the table showing the river. In the lower picture you can see the NATO Foward Edge of Battle Area (FEBA) towards the top of the picture and NATO's second defensive line towards the bottom of the picture. 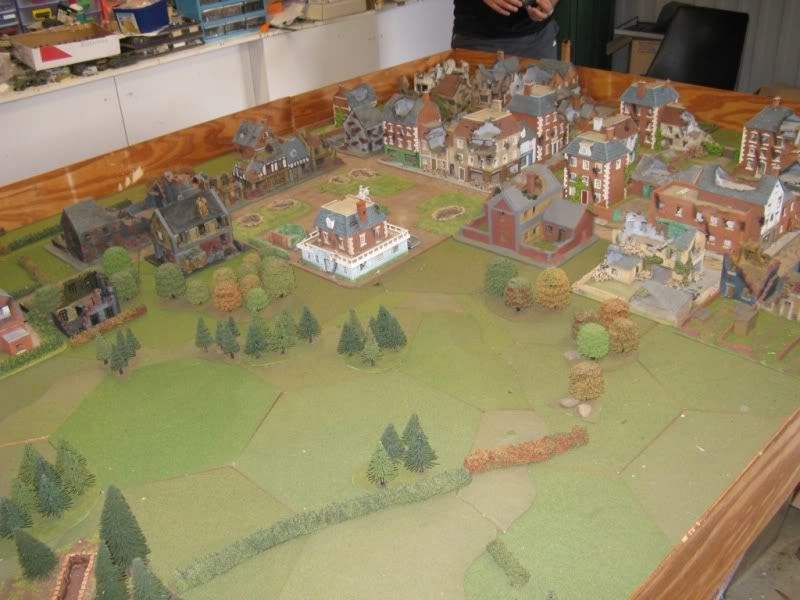 Before the game began I attempted to quickly lay out the units in a sensible order. Here are the Soviet forces - minus most of the infantry: 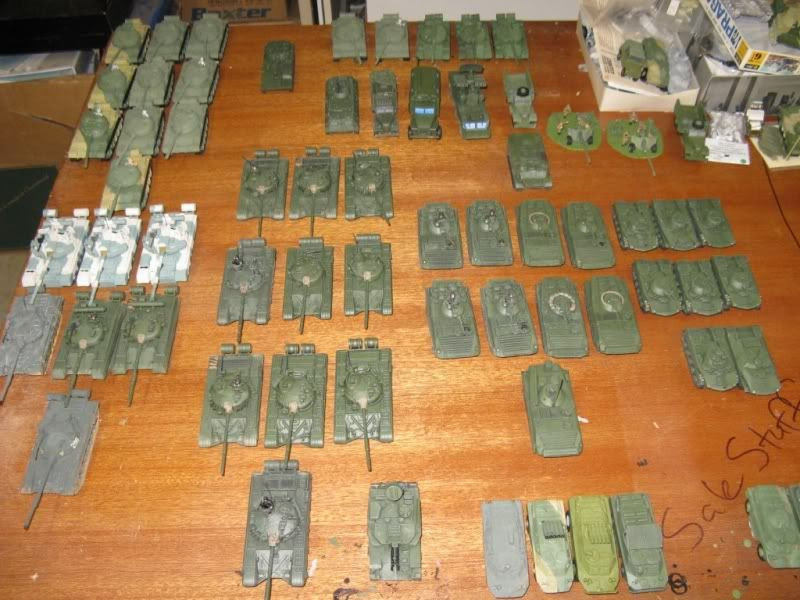 This shows the tanks used in the game. T-62s and T-55s down the back, T-80s on the left and T-72s in the middle. Towards the rear is the HQ group and in front of them is the BMP1 company. In front of the BMPs is a small AT company and next to the BMPs is a VDV BMD company. 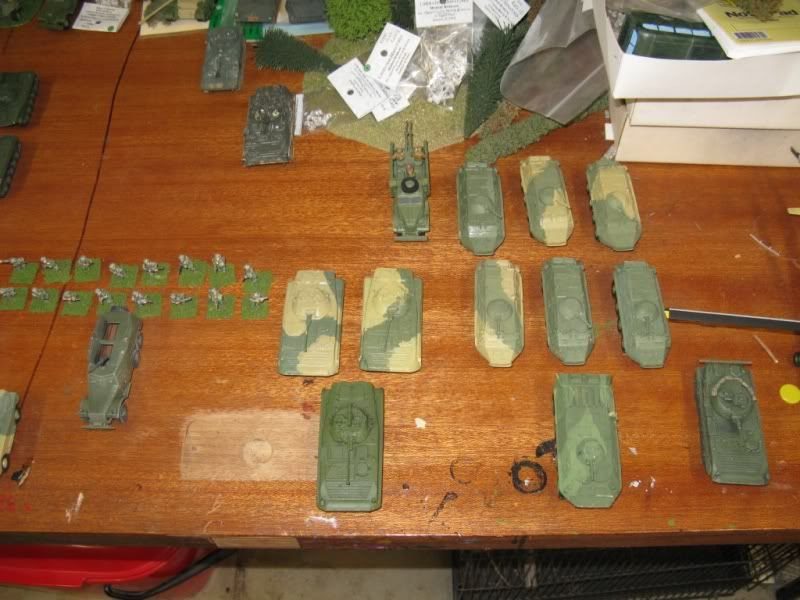 The BTR company plus 3 BMPs from the Recon Company.

Here are the vehicles in the NATO force: 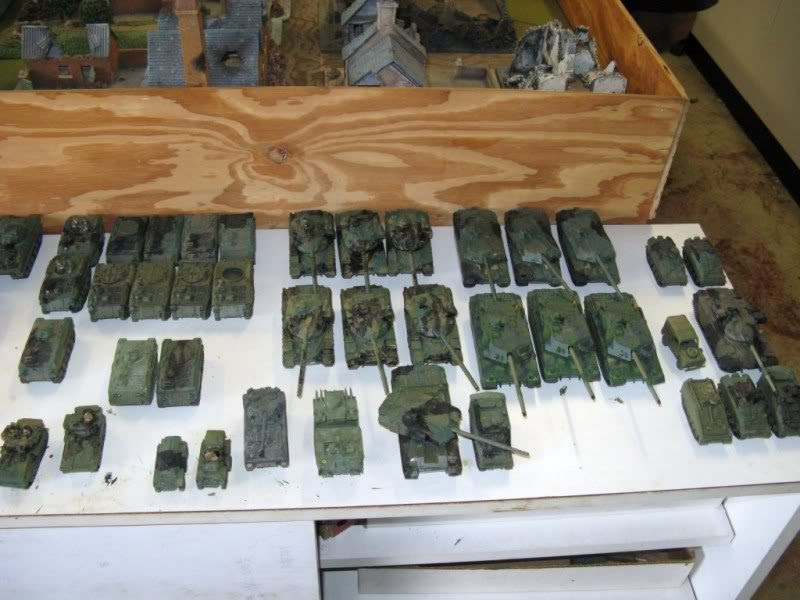 The NATO (British) squadron of tanks, plus and HQ group, and Abbot and my personal favourite (green with envy of Simon) a Tracked Rapier. 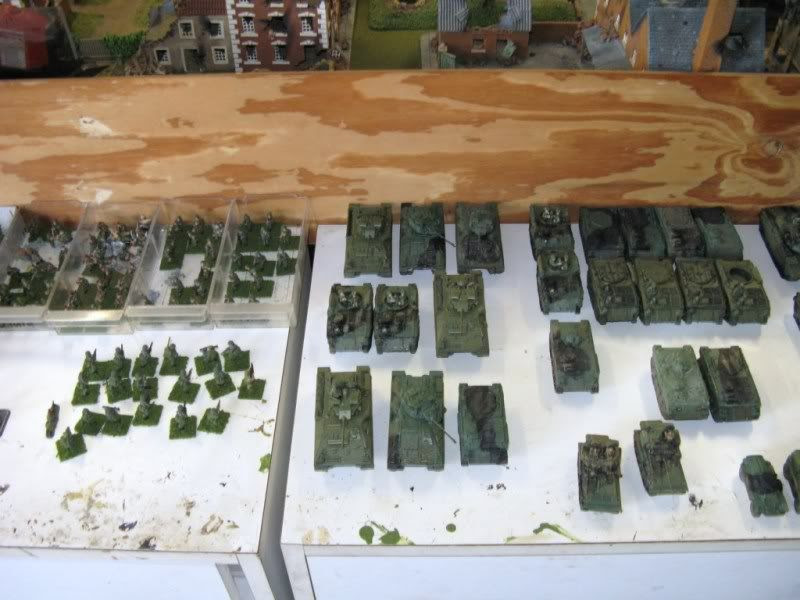 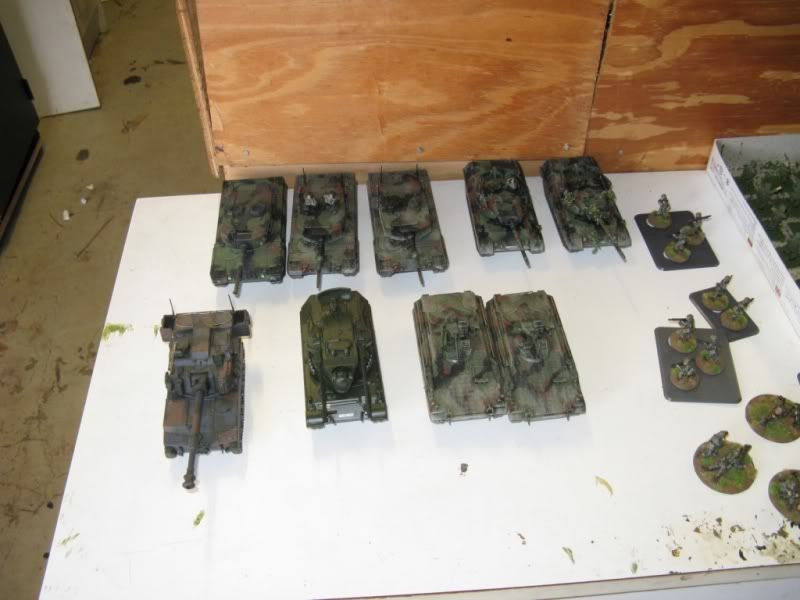 The West German contingent and some of my Liberation, Elhiem & Revell infantry

Part 2 tomorrow night will cover the opening moves of the game itself...

Richard
Posted by RichardC at 12:07 AM