The BRM-1 was fitted with an extra-wide, low-profile, two-man turret which was moved to the rear of the hull and without the M3 autoloader and the 9S428 (SAGGER) ATGM launcher (although some vehicles did have the ATGM launcher). There were also two small roof hatches, instead of four in the rear part of the hull.

A PSNR-5K (1RL-133-1) "Tall Mike" ground surveillance radar which can be extended over the roof of the turret from a rearward-opening hatch in the roof of the turret, a 1D8 laser rangefinder, a TNA-1 or TNA-3 gyroscopic navigation device with coordinates recorder and additional R-123M, R-130M, R-148 and R-014D radios are all fitted. Radio range is up to 50 km with the use of a standard 4 m whip antenna and up to 300 km with the use of the radio mast transported on the rear of the hull.

The PSNR-5K "Tall Mike" radar, which is operated by the commander, has two modes - terrain survey and target tracking. It can detect vehicles up to 7000 meters and personnel up to 2000 meters away and can be retracted into the turret when not in use. The doppler radar for range calculations was installed from 1993 onwards.

This BRM-1 comes from MMS models (which I understand are about as rare as hen's teeth) is rather heavy and in my opinion is a great looking beast! I may need to find another one of these just for fun!

Nothing new to report here - painted exactly the same way as I paint all my Soviet armour.

Here's a couple of pics of the finished model. 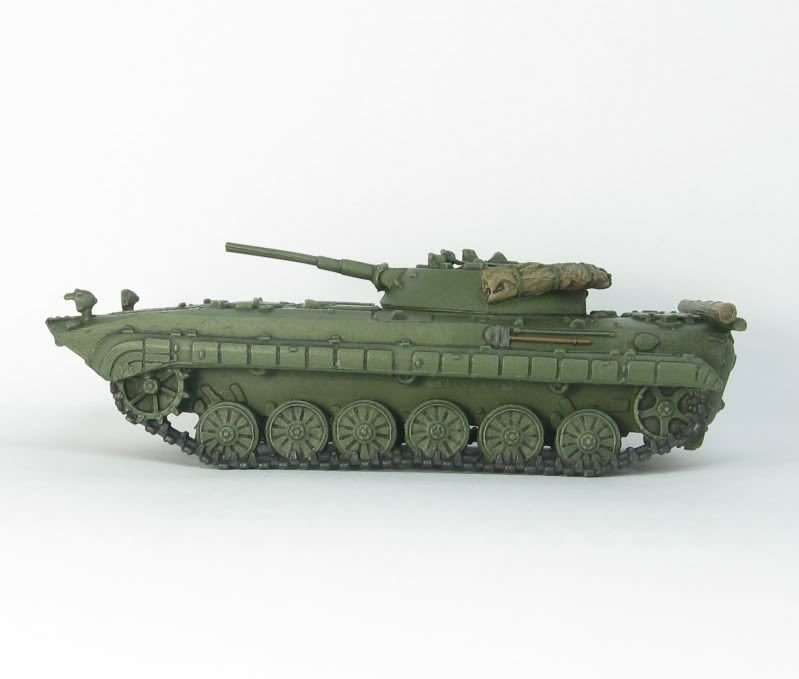 You can see in both of these how far back, and how large, the turret is. 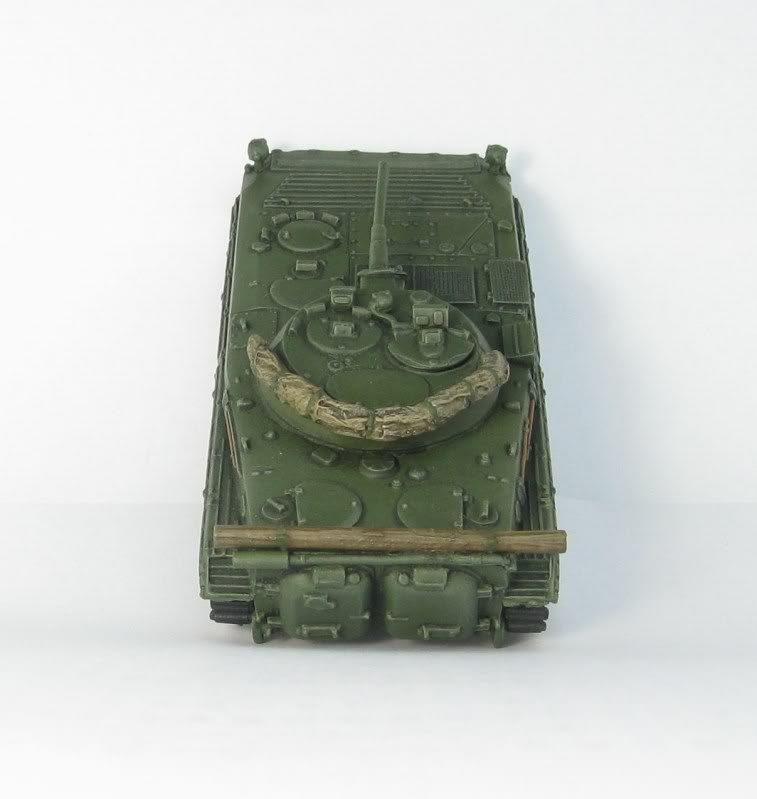 This one shows the two rear hatches well, the radio mast on the back of the BRM-1 below the log and the hatch on the turret where the "Tall Mike" radar can be raised.

No youtube clips this week - found nothing on the BRM-1.

Richard
Posted by RichardC at 10:11 PM