Keeping with what appears to be my Soviet theme for August, this week I’ve decided to show you my recently completed ACE Models BDRM-2 9P122 ATGM Vehicle equipped with AT-3 Sagger missiles.

The 9P122 "Malyutka" – is a BRDM -2 scout vehicle that has had its turret removed and replaced with an ATGM launcher. Six launch rails are mounted on the underside of a retractable armoured cover with eight additional missiels carried inside the vehicle.

The 9P122 has a reaction time of one minute to fire from a completely buttoned-up mode. The crew can fire all six missiles on the mount without reloading. Successive missiles can be fired and tracked within five seconds of the previous missile’s impact. The gunner can operate either from within the vehicle or from a remote position up to 80 metres away.

It employs an MCLOS guidance system in which the operator must observe both the missile and the target and guide the one towards the other.

The vehicle has a two man crew that includes the commander/gunner and the driver. They also have assault rifles and an RPG-7.

Well this was the first ACE Models kit I have ever built and I can’t say I found it an overly enjoyable experience. ACE Models have a bit of a reputation, as far as I’m aware, or making cools kits that no-one else makes, but can be pretty awful to build. They are limited run kits, and don’t have some of the more fancy things – like numbers on the sprues, male and female bits for clearly showing where to glue something and the make it fit properly, or detailed instructions. Some of the sprues can be quite heavy with flash and at times you feel like you are sculpting a missile out of plastic, rather than cleaning off a little flash.

The kits don’t fit together with the exactness of a Revell kit for example, and you will have to get out the plastic putty on occasion.

But…. They are still quite reasonable kits, and most importantly, the subject matter is without peer, particularly when it comes to Warsaw Pact kits.

Most of the kit went together relatively well. I left off a fair amount of detail, mostly because it was either too awkward or there was no clear place to put it. I had real trouble with the missile mount, and after putting the half built model aside for six months, finally had to scratch build some pieces to make it fit. I also couldn’t fit all six SAGGER missiles on their launcher rails, so put on four instead. 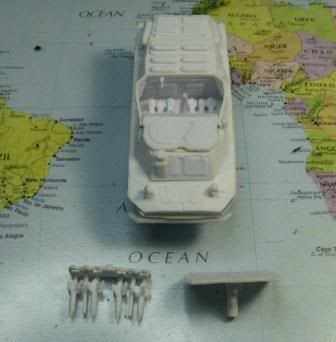 I painted this vehicle the standard Russian way – but I did have to do something different that I did for the first time, and it worked quite well.

The kit comes with black rubber tyres. I didn’t want to have to paint these, so I once the kit was built, I covered the tyres with vegemite. I think spray undercoated the little blighter in black and then the warpaint Russian Armour. Once dry I washed off the paint covered vegemite and – TA DA – it worked pretty darn well.

Here’s some pics of the completed vehicle: 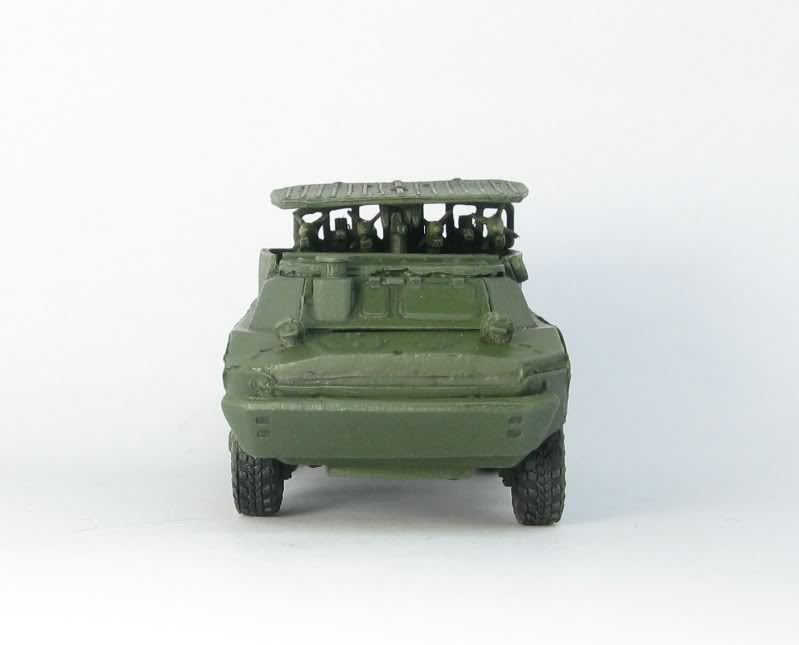 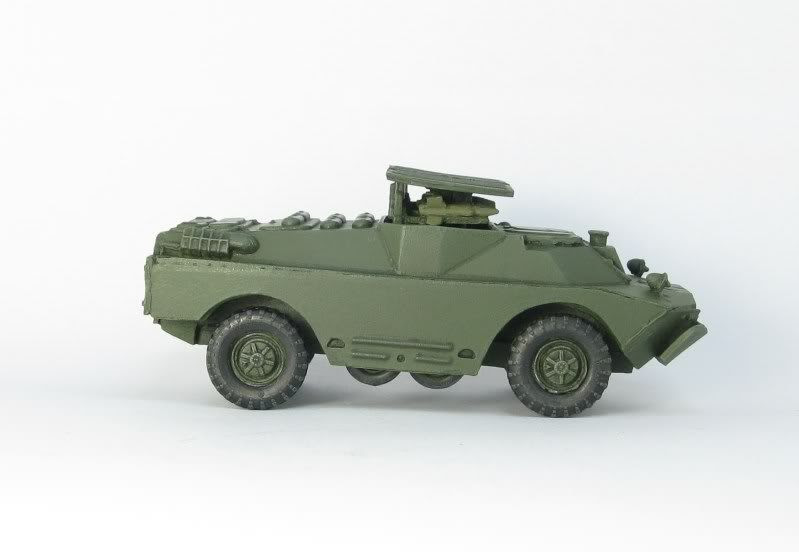 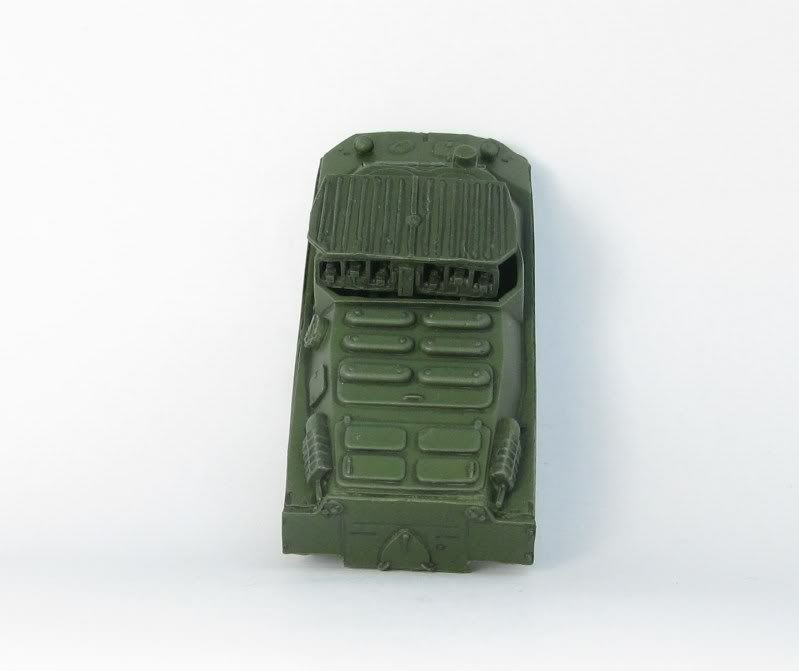 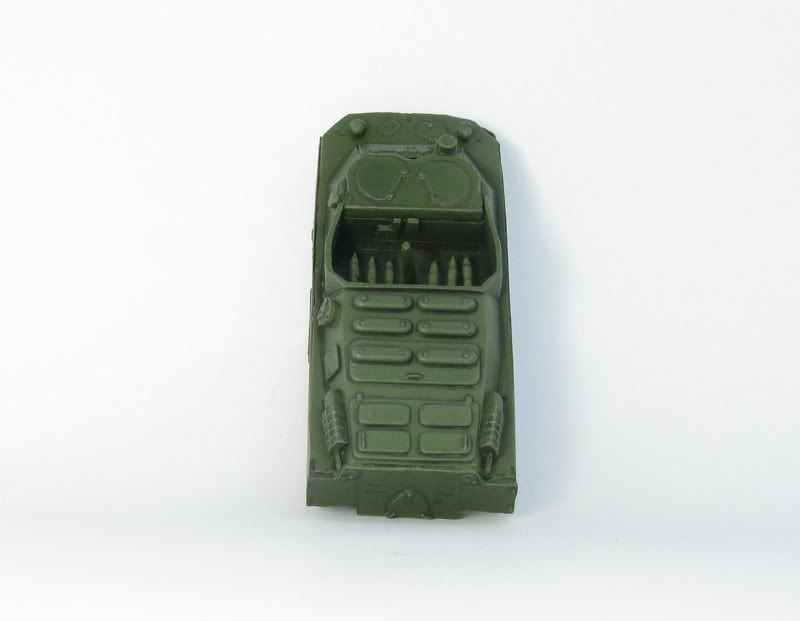 This Russian clip shows a chap setting up a suitcase SAGGER. About 31 seconds into the clip you see an 9P122 which fires 2 missiles (well it may just be the same one from different angles) and you see the wire spooling out.

Similar to the first clip, but from an Eygptian point of view. I don't think this is real combat footage, but at about 1.18 into the clip you see an Eygptian 9P122 rolling onto the range and firing a SAGGER.

Richard
Posted by RichardC at 4:10 PM