I can't really remember the genesis of this particular idea, but at some point I decided I needed a man-pack TOW ATGM Team for my West Germans.  I guess I could see a couple of occasions when I might need one - A: Fallschirmjager dismount their TOW from a Kraka for some reason and B: a Jaguar II crew decide to dismount their TOW system from the Jaguar for some reason.

What that reason might be...  not sure, but it could happen so best be prepared.

This is the team: 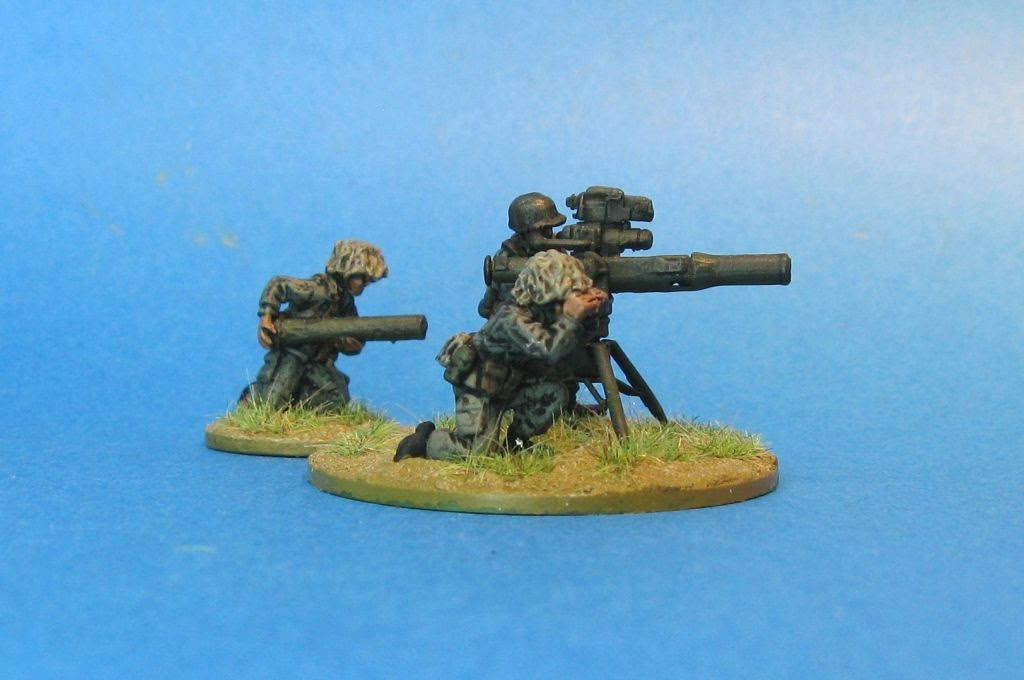 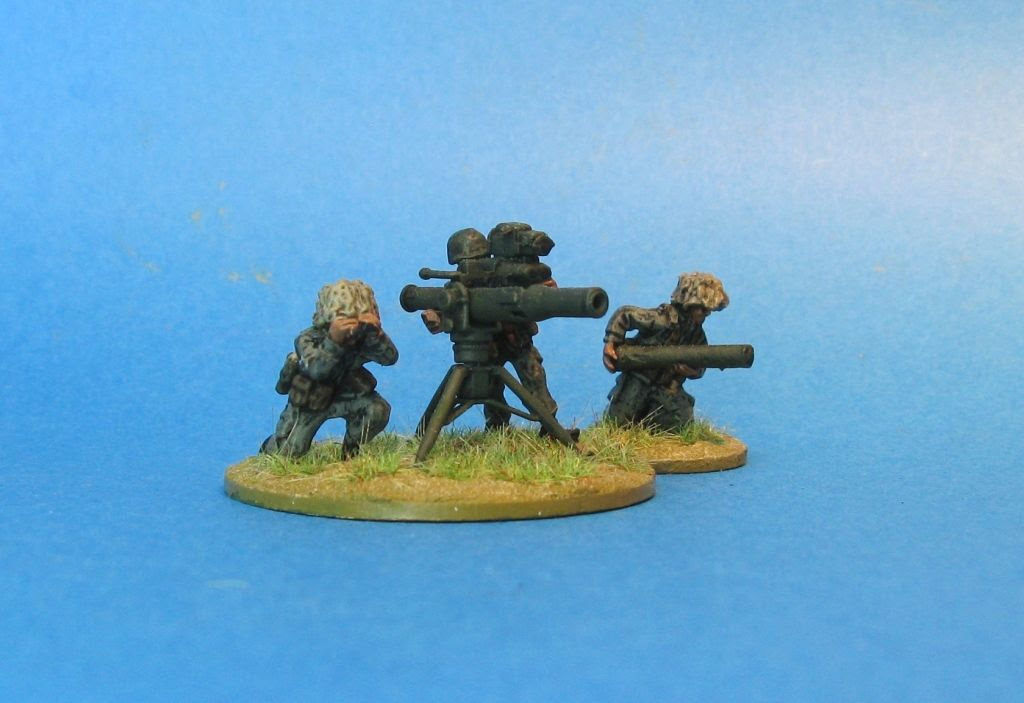 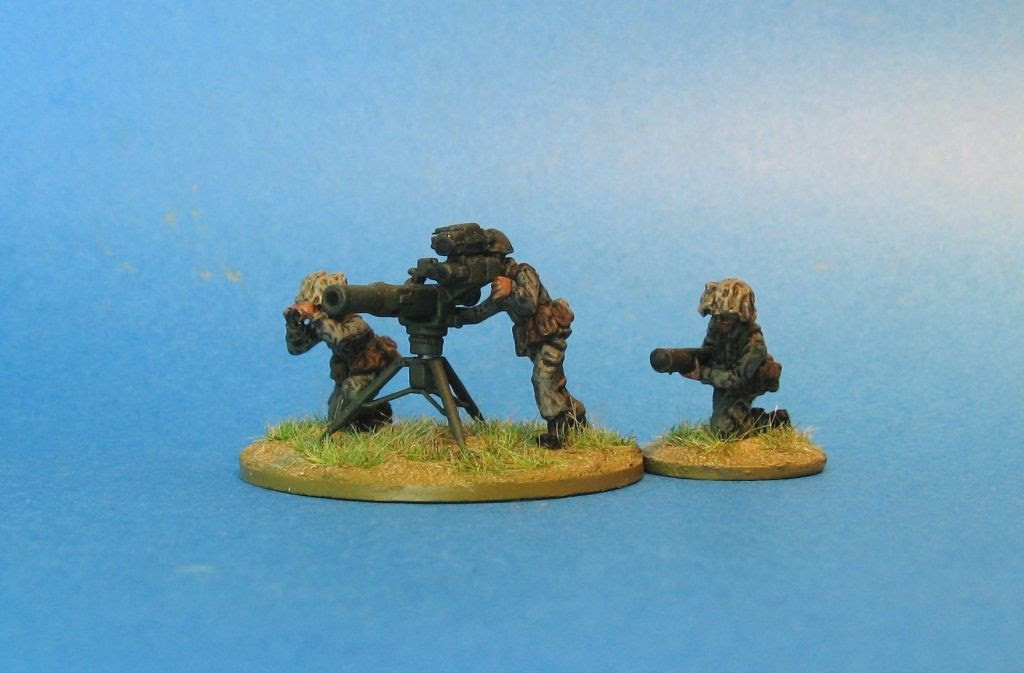 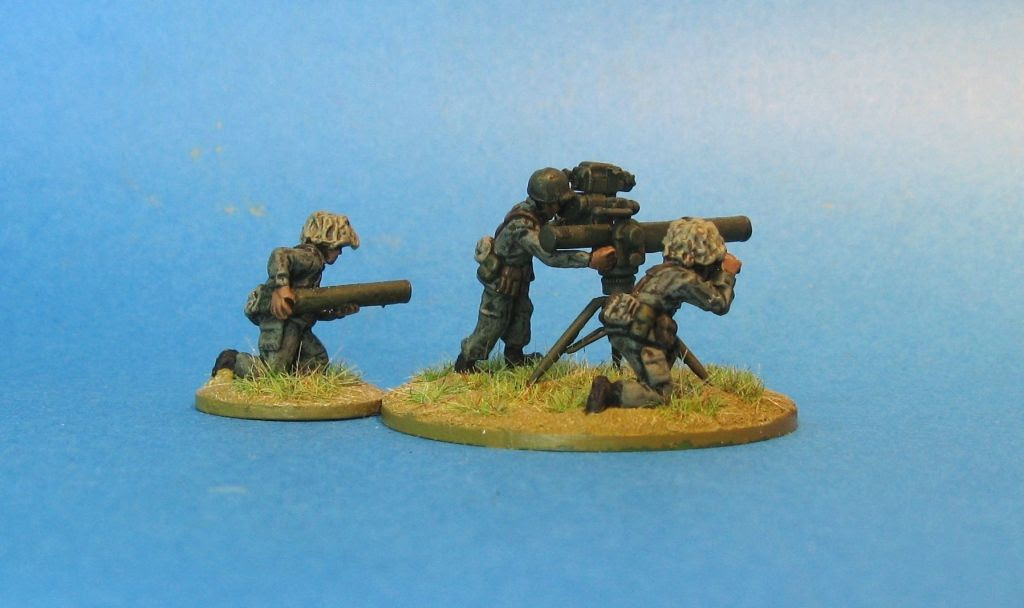 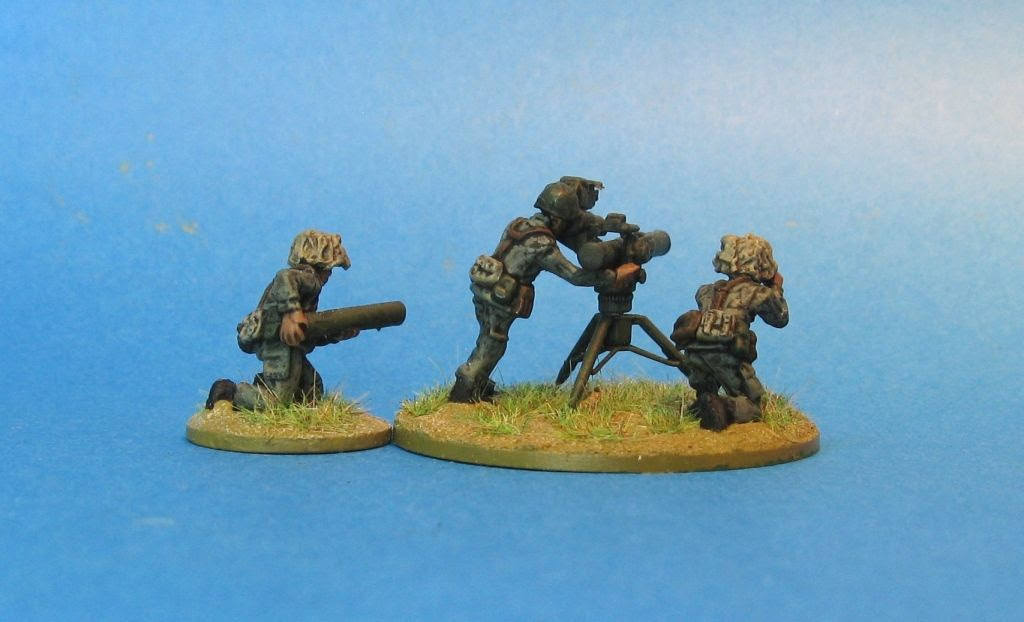 The TOW system is by Dragon and came from one of their HMMWV kits.  All the crew are from Elhiem, with the kneeling chaps coming from a Milan team and the standing chap working the launcher being a conversion of a standard infantryman with a G3 assault rifle at port-arms.  I accidently loped his left hand off and had to re-scuplt it with green stuff.

So that's the team.

Richard
Posted by RichardC at 2:48 PM