And now (finally) the last figures for the project.  These are some Elhiem Figures from Matt's NATO - British BAOR range. 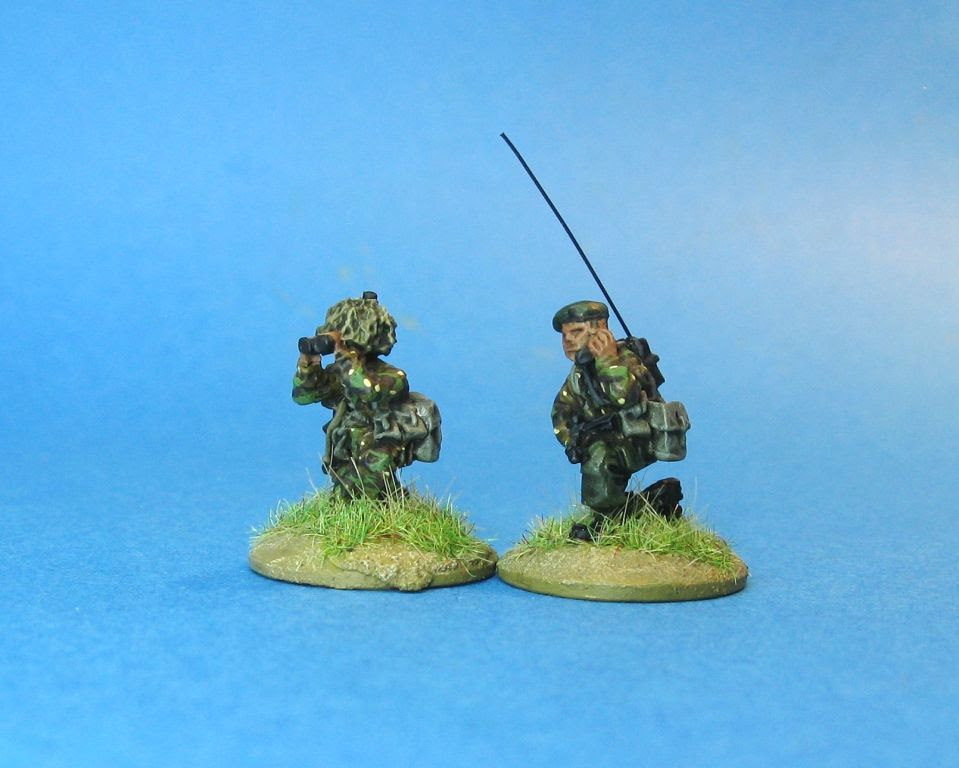 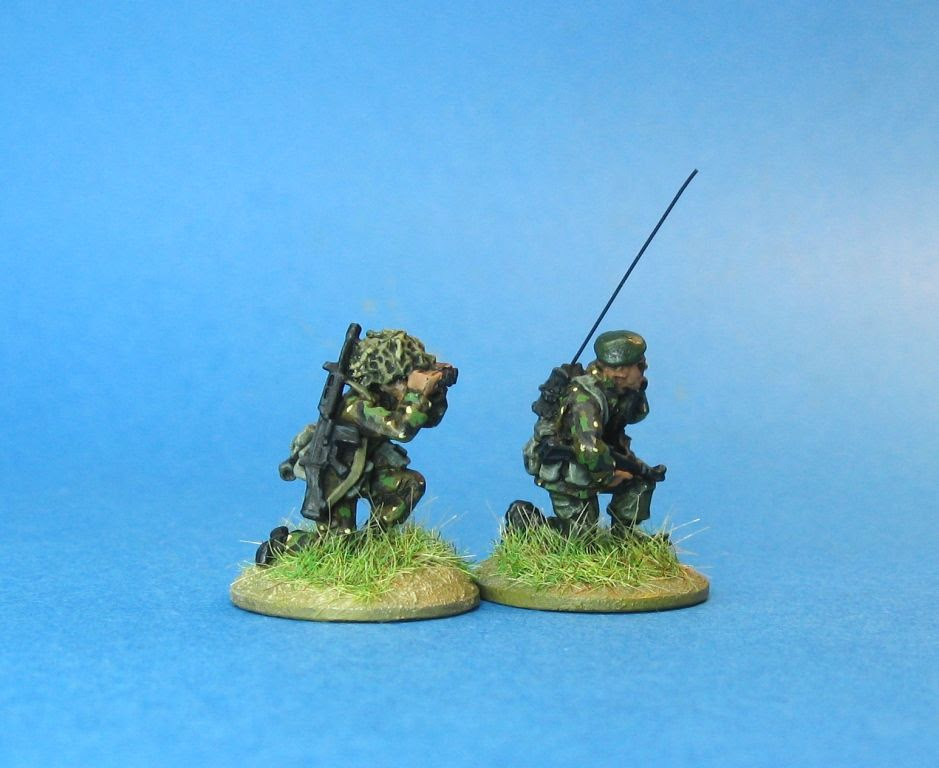 These two chaps make up a Forward Observer Team.  You'll note immediately that I've taken advice on board and these are my first radios with antennae supplied by one of those tidy up brush thingies (name escapes me).  Very happy with how it looks to be honest. 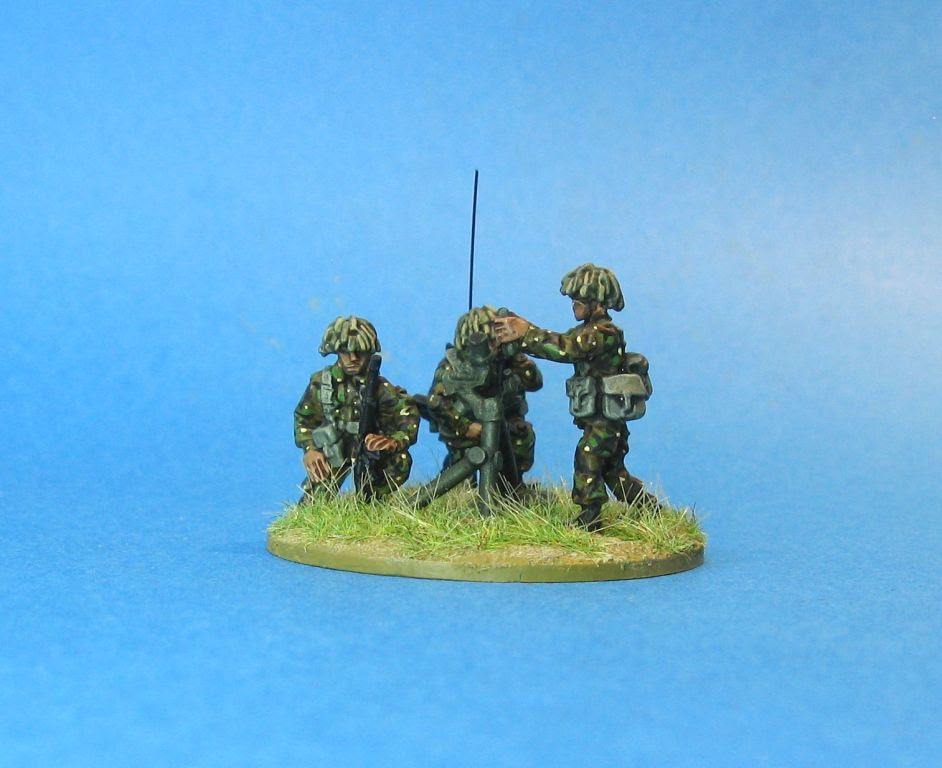 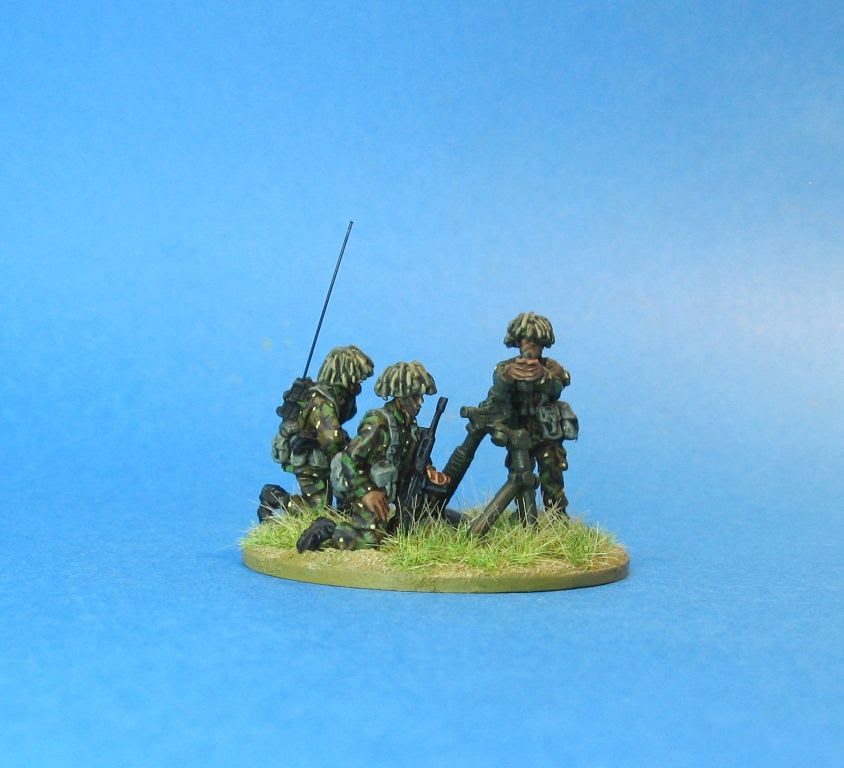 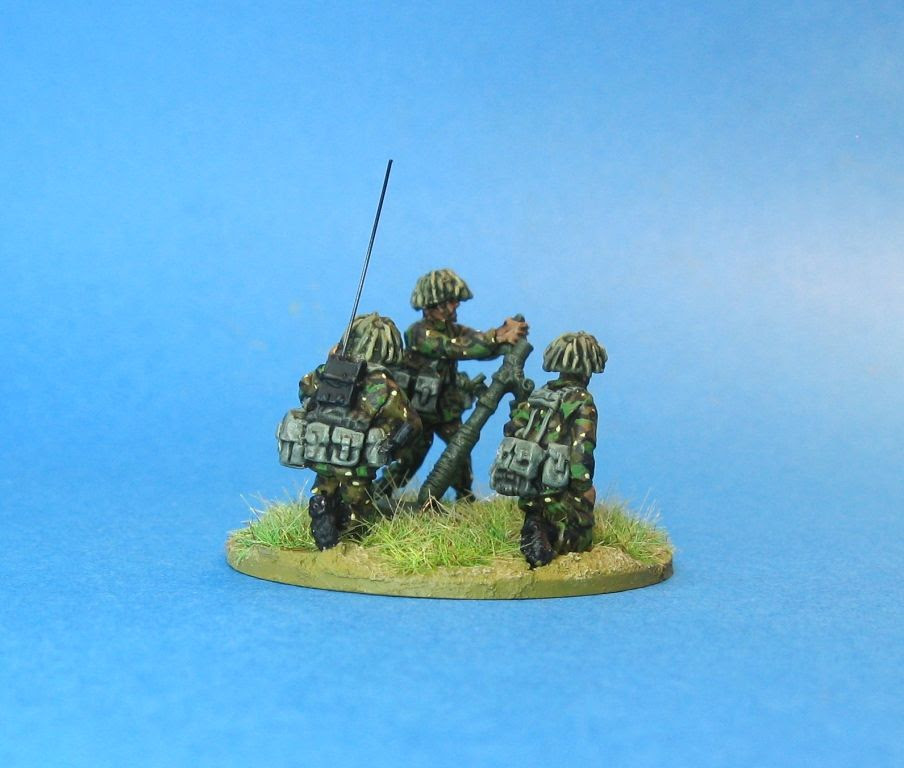 This is the Elhiem British mortar team - and very nice it is too... 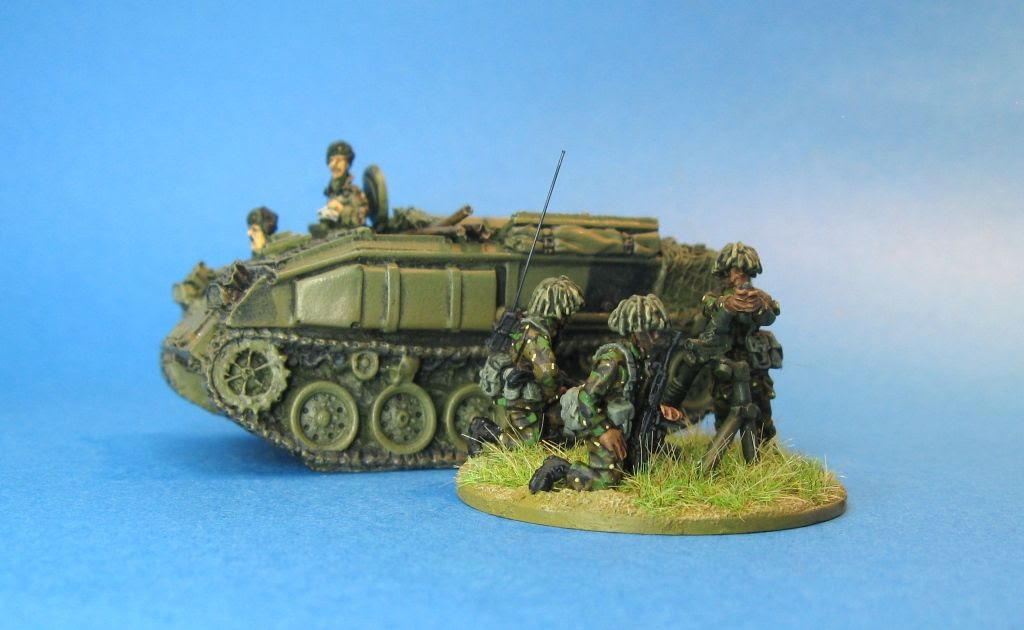 Mortar team for some reason deployed out of their FV432M 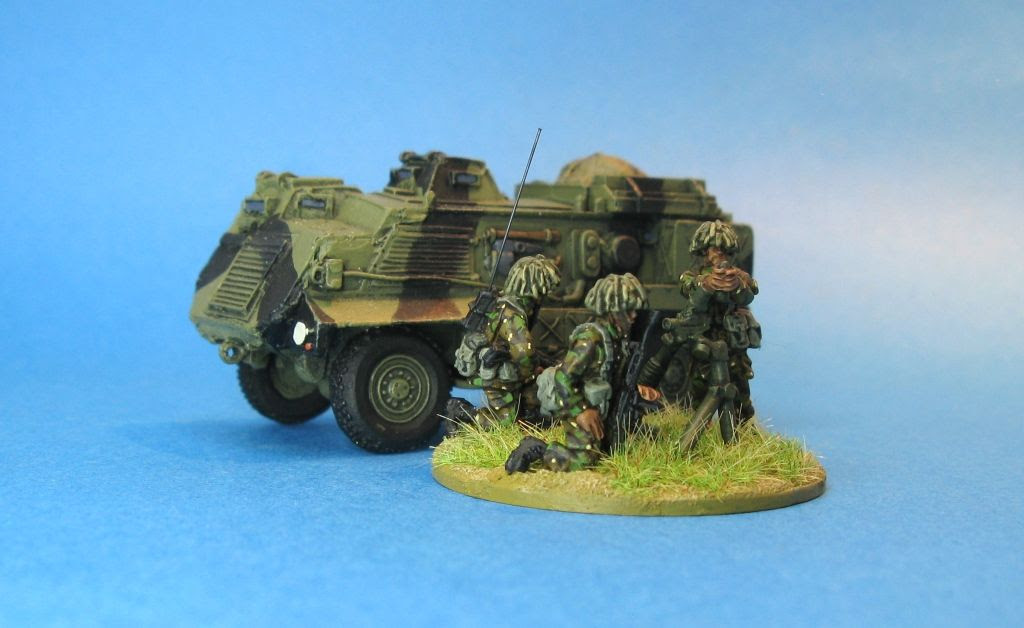 
I did take a photo of the Mortar Team with a Landie for my Royal Marines - but I now realise in my haste I used the wrong Land Rover - so I'll rectify that and add it later.