Just before B.W. Models went out of business I got a few kits from him just in case no-one picked up his line.  Fortunatley it looks like Brian at The Hobbyden in Ireland has bought the majority of the moulds and is slowly going through them and releasing them - including this model - which you can see right here!

Anyway - I wanted some West German territorial ADA for the last big game so rush built this gun.  As I wanted it to look emplaced I built it without the wheels.  Looking back now I made a couple of simple mistakes - particularly the sighting apparatus which at some stage (when I have gunners) I will fix - but this is what it looks like right now: 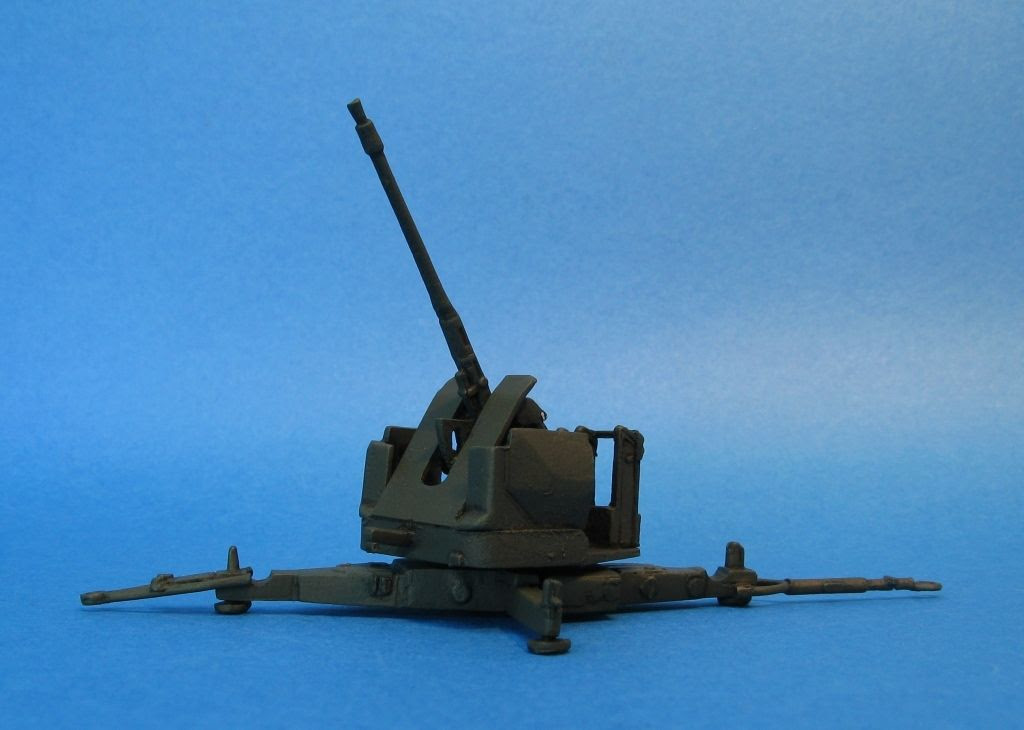 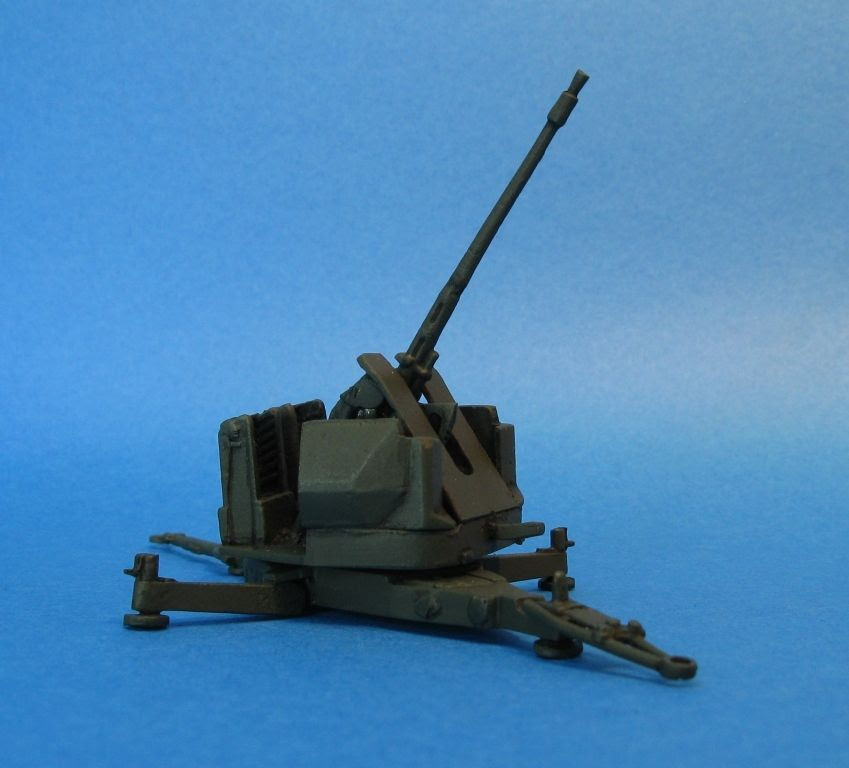 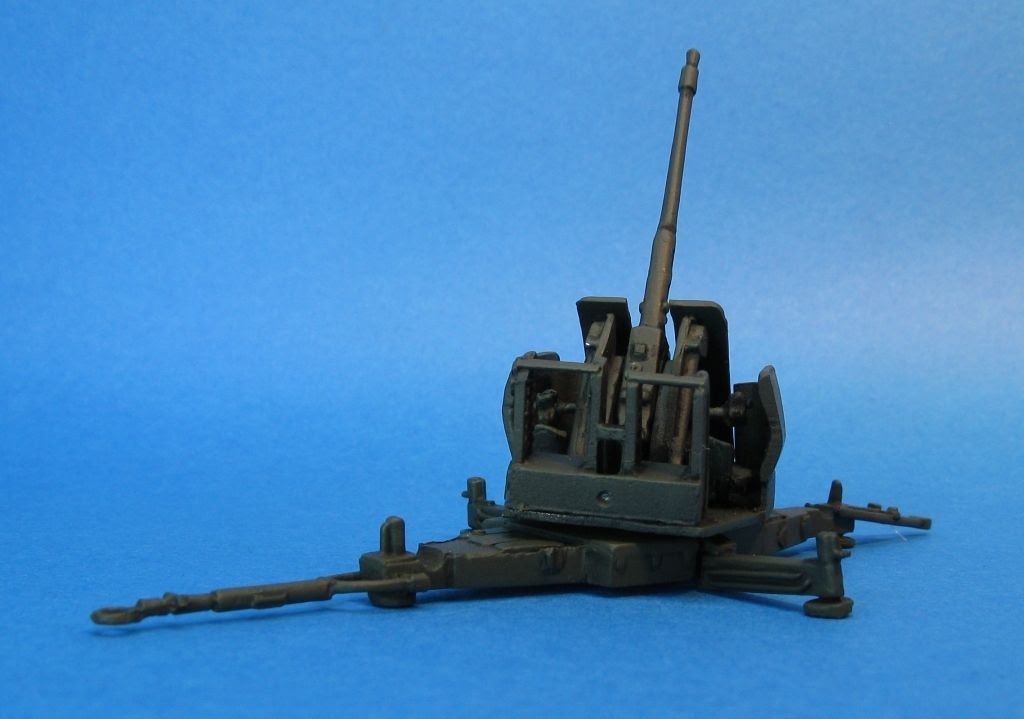 To "complete" it I think it desperately needs a couple of gunners sitting on the seats next to the gun and a couple of guys holding clips of ammunition.  BW thoughtfully provided a couple of clips, but no gunners or loaders.  I think at some stage I'll have to convert some West German figures to make it look better.

Anyway - that's it for now