Add some WMD to your Wargaming Table! - The Toxso Scud-B

Thanks to everyone for the feedback to my last post - it was much appreciated.

Recently I finished the Toxso Scud-B for a friend.  In a fit of getting ready to pop over and deliver it, I forgot to take any pics!  I did however take a couple of quick pics with my ipad of a 98% finished model a few days earlier. 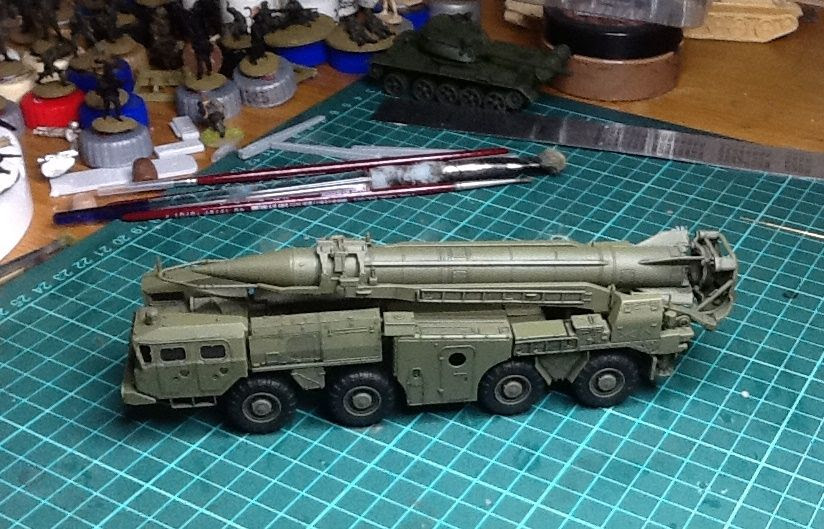 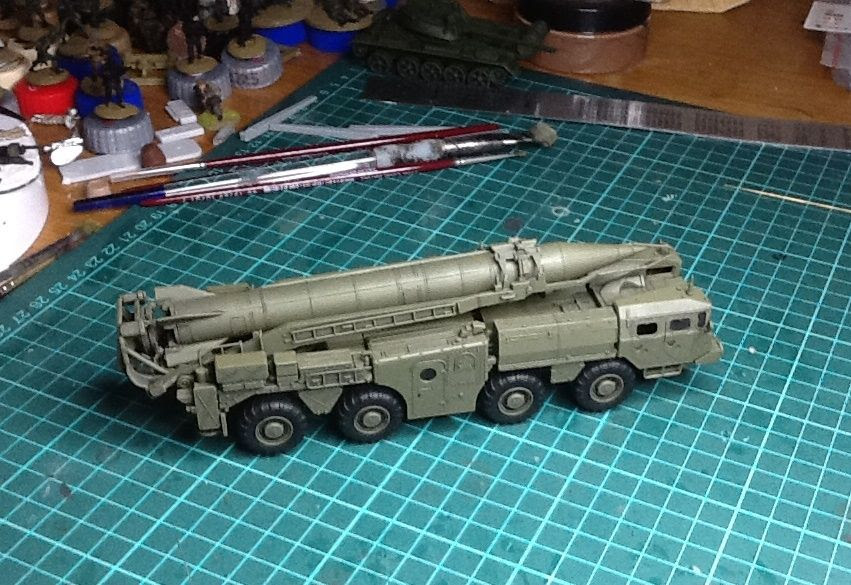 I asked my friend to take some photos for me of the finished model and these are what he provided: 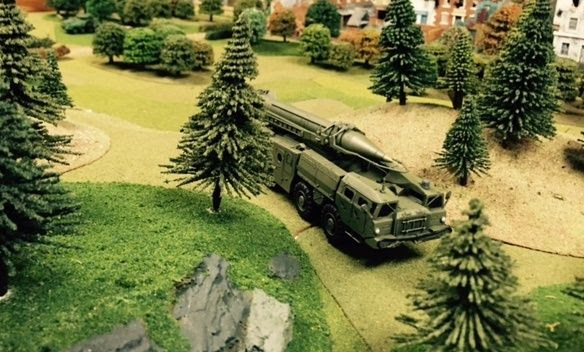 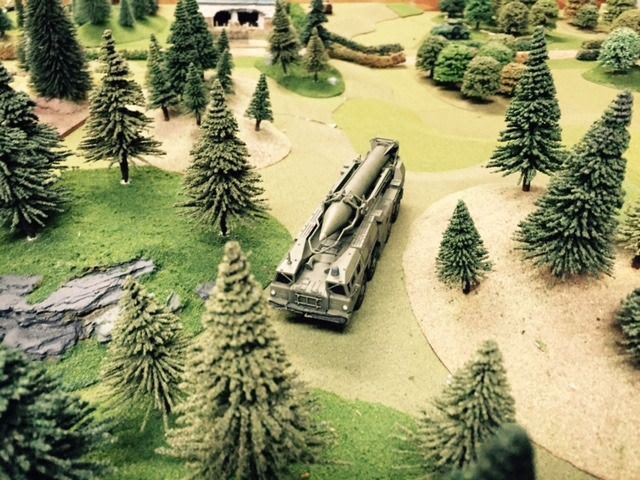 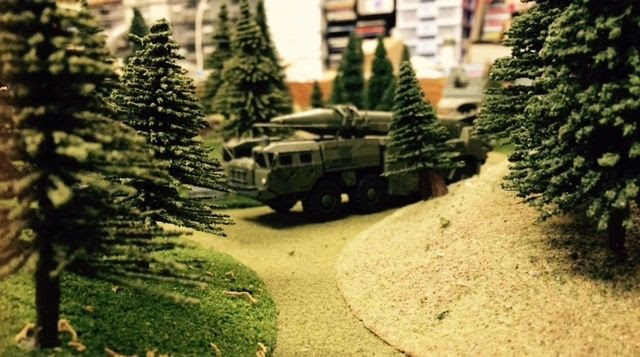 I've written previously about the Toxso Scud-B here so I won't go into too much detail now.  I will say it wasn't the easiest thing I've ever painted, mainly due to the way you glue in the windows and some of the tiny details.  I also had some issues with the ease of raising and lowering the missile once painted - but these are in fact fairly minor in nature and have more to say about me as a crappy painter and modeller, than about what a fine product this is.

Like I said previously - I'd really like to get one of these for myself now - but with the Aussie dollar doing what its doing (going down, down, down) it may be a while yet...

I also need to consider further a scenario for its use.  In reality I think the only purpose for such a beast on the table is as an objective for a raid type mission.  I'll see what I come up with.