I took a few (very yellow) pictures of the commission I recently finished that took up most of my free time in the last few weeks. 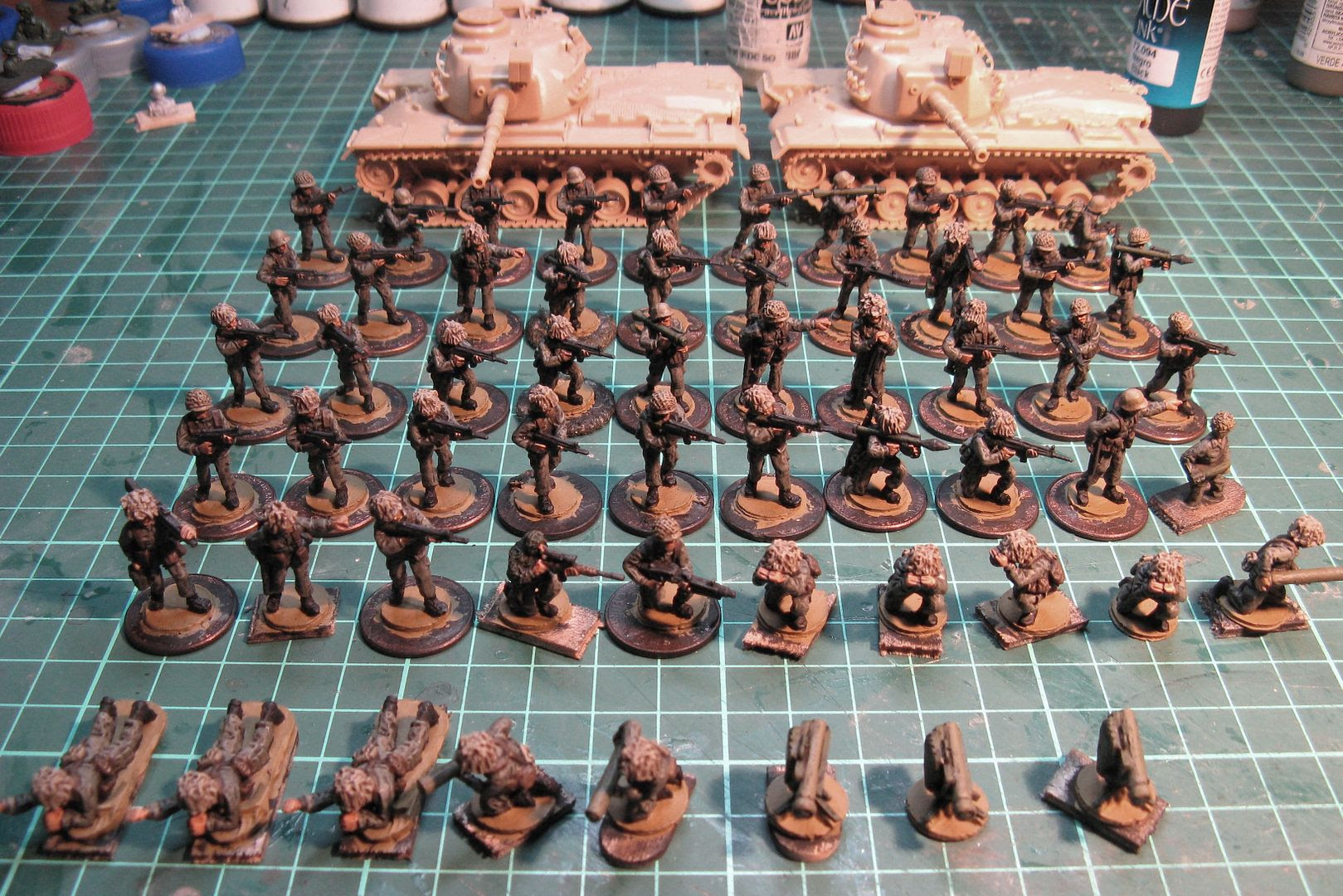 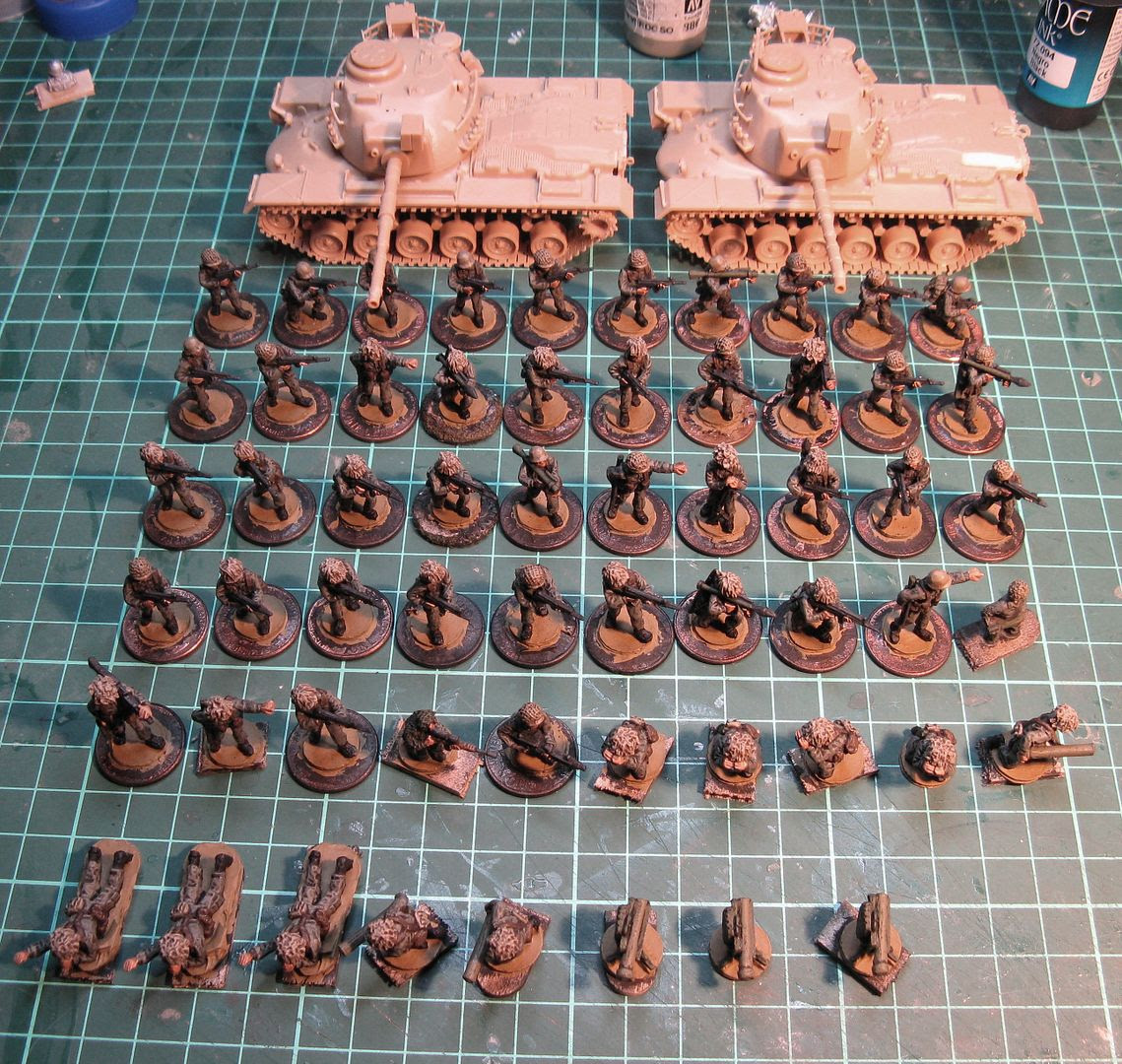 Basically consisted of a large bunch of Elhiem West Germans, a couple of Israeli's pretending to be West Germans - including 1 headswap - and 2 Esci M48A2GA2s.

I was quite keen to build the M48s as I had always wanted at least a couple for my own West Germans.  However... after building these two I've pretty much decided against it.  Until someone brings out a decent diecast version of these guys, I'll be avoiding them.  I didn't like the odd way the undercarriage went together, or how various bits attached to the turret.

Anyway - all done now so back to my own stuff for a while - until I start on a couple of WW2 commissions.

Thanks and hace fun