Late last week my copy of Harvey Black’s latest Cold War novel “The Black Effect” arrived in the post from Amazon UK. I was of course rather chuffed and keen to get into it, having waited a couple of weeks for the book to arrive. 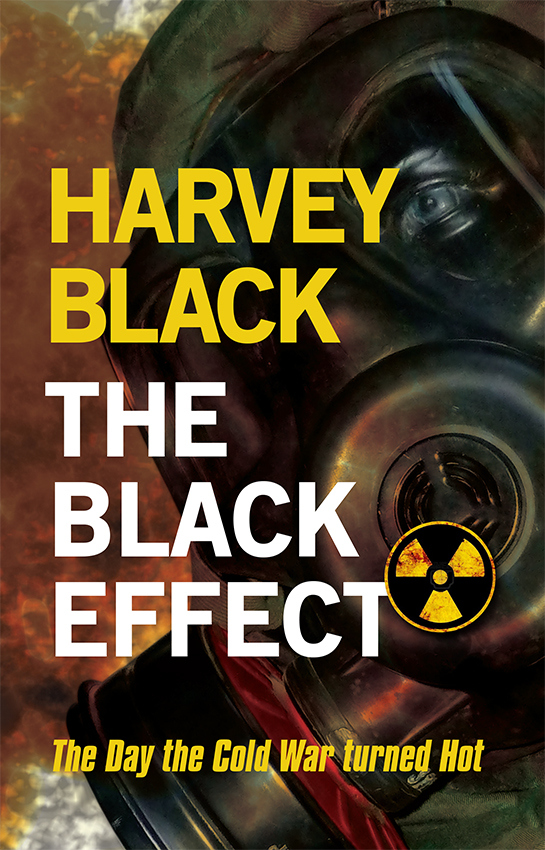 So what can I say about "The Black Effect". First up – if you’re reading this blog you are probably interested in the Cold War. If you’re interested in the Cold War, you’ll probably enjoy reading decent Cold War fiction. Currently the stocks of good Cold War fiction are running pretty low – with the Cold War being dead and buried for 20+ odd years now. So if all this lines up for you, buy the book. If you haven’t read “The Red Effect” yet, buy that book too!

"The Black Effect" kicks of directly after "The Red Effect" – it is essentially focused on a series of battles between British Army on the Rhine forces versus their Soviet 3rd Shock Army counterparts. Other parts of the battle for West Germany (and Denmark) are covered – either as parts of briefings or in little snippets following minor, minor characters. A sub v sub battle, some American ops and even a little bit of politics are covered, which give the story good background. Key people from Book 1 are followed up, and I was interested to see what happened to them.

Without wanting to give too much away, numerous elements of 1980s conventional warfare are covered and some of my concerns towards the end of the first book and dealt with in detail in the second book, including air and helicopter warfare, NATO artillery and counter-battery, air defence etc. New things like air assaults, contested river crossings and chemical warfare are also covered well. I felt this was all treated in an excellent and extremely realistic fashion – as is everything else in the book.

Mr Black is basically even in his coverage of the British and Soviet forces – and this is enjoyable as well. No one acts particularly stupidly and neither does a series of particularly hard to believe things happen to make one character a real hero – it’s all very “real” and bad things can happen to anyone.

From a wargaming point of view the book is excellent. Interestingly, and again this comes out in the first book, in my mind it shows you can wargame the Cold War in scales larger than 6mm. Many of the actions involve reinforced NATO platoons, fighting as part of a bigger action, but basically on their own as the other units in the action have their own problems to deal with. Mixed Combat Teams, with some infantry, supported by a troop of tanks (or less) with a couple of Milans, a Sustained Fire GPMG, and maybe a couple of mortars, is a force that is very easy to put on a table. Of course you need a fair amount of Soviets – but there are more and more options becoming available in that area.

I think a wargamer will take a lot away from this book – I know I have, and it is affecting what I am planning right now.

I have nothing really negative to say about "The Black Effect" – I guess if I was digging I'd have to say I'd like better maps please... anything else is just being pedantic and not sincere – as I sincerely enjoyed reading it and it gave strength to my Cold War Hot Hot Hot frame of mind.

I do have one question though.  My reading seems to suggest that the Carl Gustav 84mm MAW was a section level weapon in the BAOR in 1984 (the time setting of the book) - but there is no mention of it.  I'm wondering if my understanding is incorrect.
Anyway - bring on “The Blue Effect”.

Richard
Posted by RichardC at 3:08 PM