Well - inspired by the photos I showed in the previous post - most of which came from this thread from The Guild - I decided to have a crack at building something that could at least loosely represent at British HQ in the 1980s.

I needed about four FV436 (Command vehicles) which looked a bit like this: 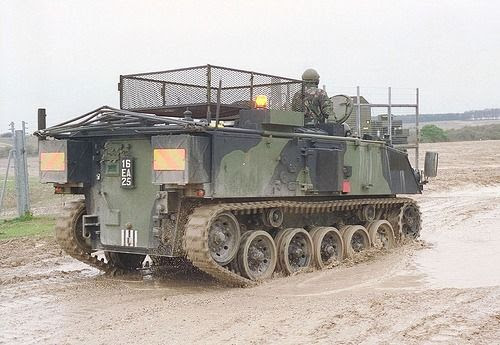 But since they were all going to be covered by tarpaulins I decided that I was free to cheat a bit.  As a kid I had some books were a chap had made pretty decent tanks out of balsa wood.  Now was my chance!

These are my FV436's - with the roof stowage bin towards the back! 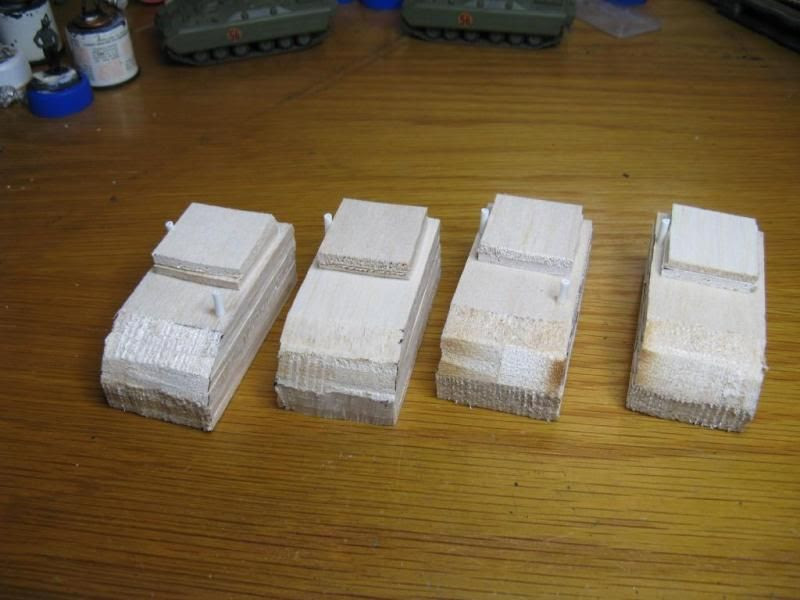 I added some plastic tube to make installing aerials later a bit easier.  Sadly (or not so sadly) I didn't notice the tent extension framework on the back of the FV436 until I was typing this out!  Well it made the task easier to leave it off anyway.

Each command vehicle needed a tent extension and there needed to be a tent doorway.  These were also made out of balsa wood with a little wire frame for the tent roof.  Like so: 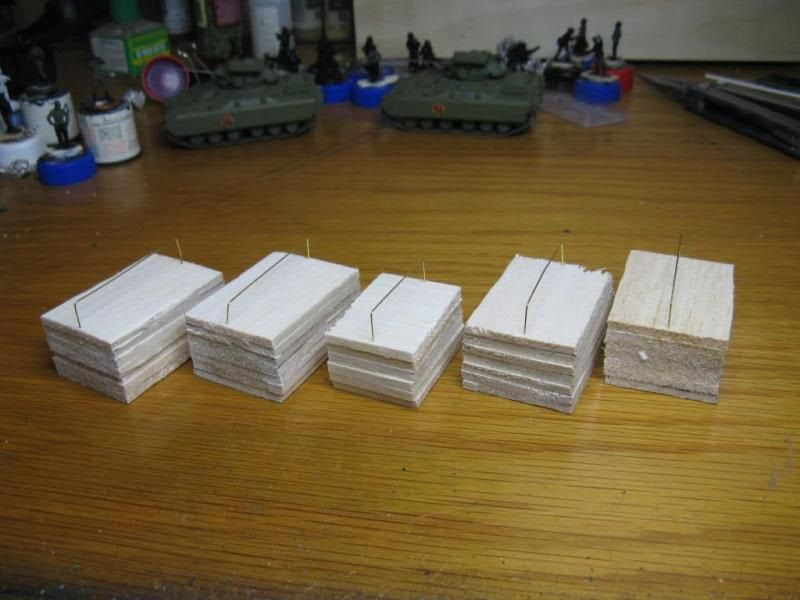 And when you put them all together you get: 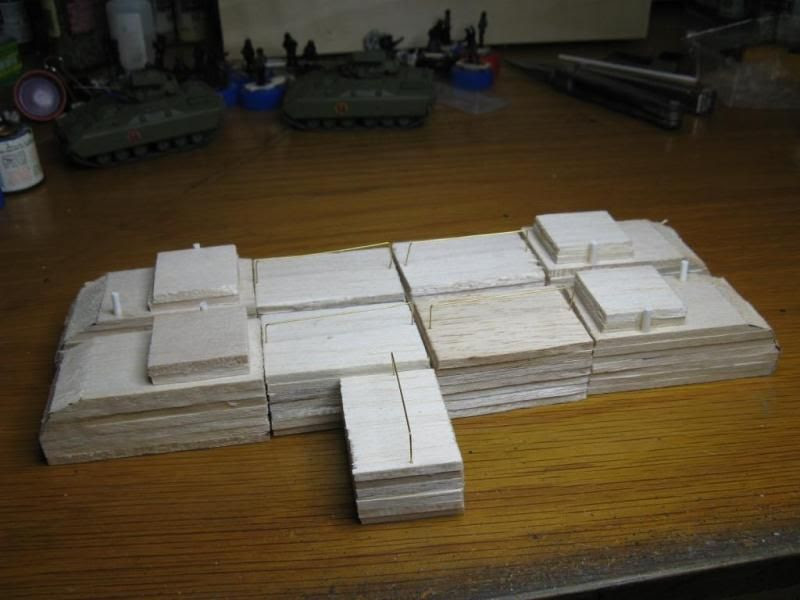 Next up was the really fun part - soaking tissues with quite watery PVA glue left me with this: 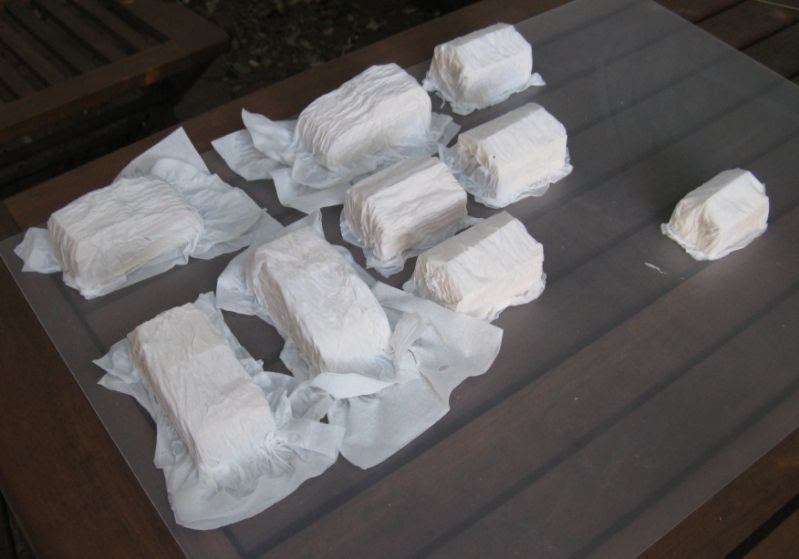 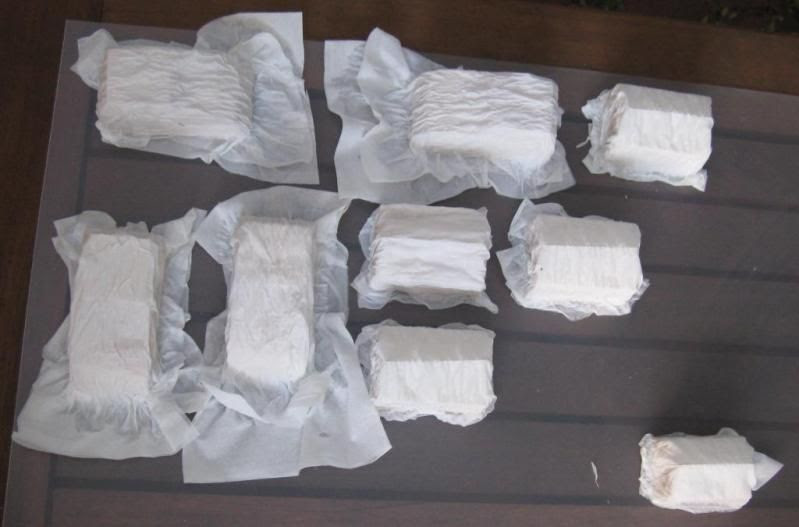 The edges were cut off and the vehicles and tents were sprayed green and grey - and then I looked more closely at the pic and realised they weren't grey at all - so I painted them Vallejo Khaki and Khaki Grey.  I then applied the appropriate Citadel wash with the silly new name I can't remember. 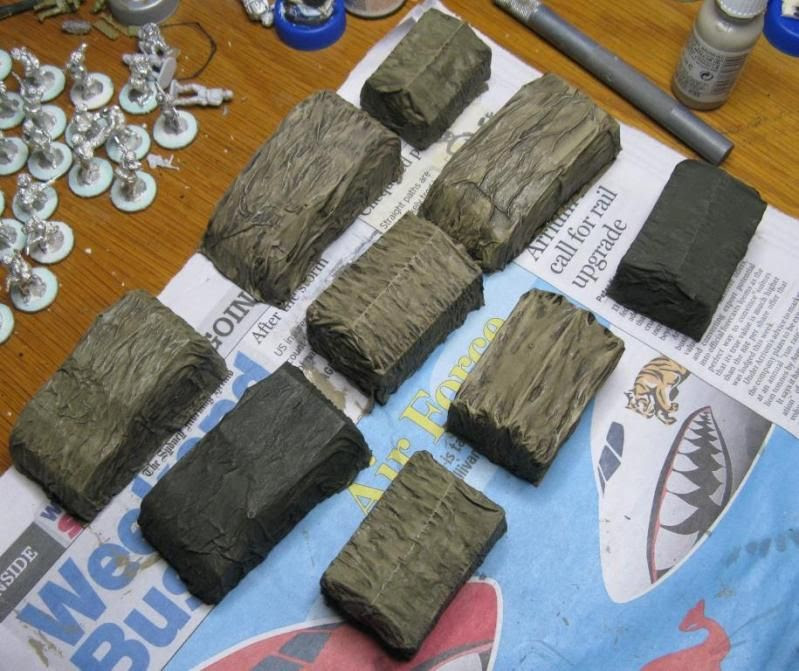 They were then dry-brushed and plastic rod aerials were added to the vehicles.

Pics of the final work in the next post.