So things are starting to get a little more serious with my Berlin project as most of the elements are now coming together.  I have all the East German figures (from Elhiem) and I decided to do a specific British Infantry Platoon plus supports - again - all Elhiem - just for a change!  I still need a couple of British figures to complete it - but I have enough to start working.

I also decided that I wanted all the figures to have specific urban bases - and the easiest to do were urban ruin bases.  All support weapons would be on 40mm round "diorama" bases.

Here's some examples of the infantry: 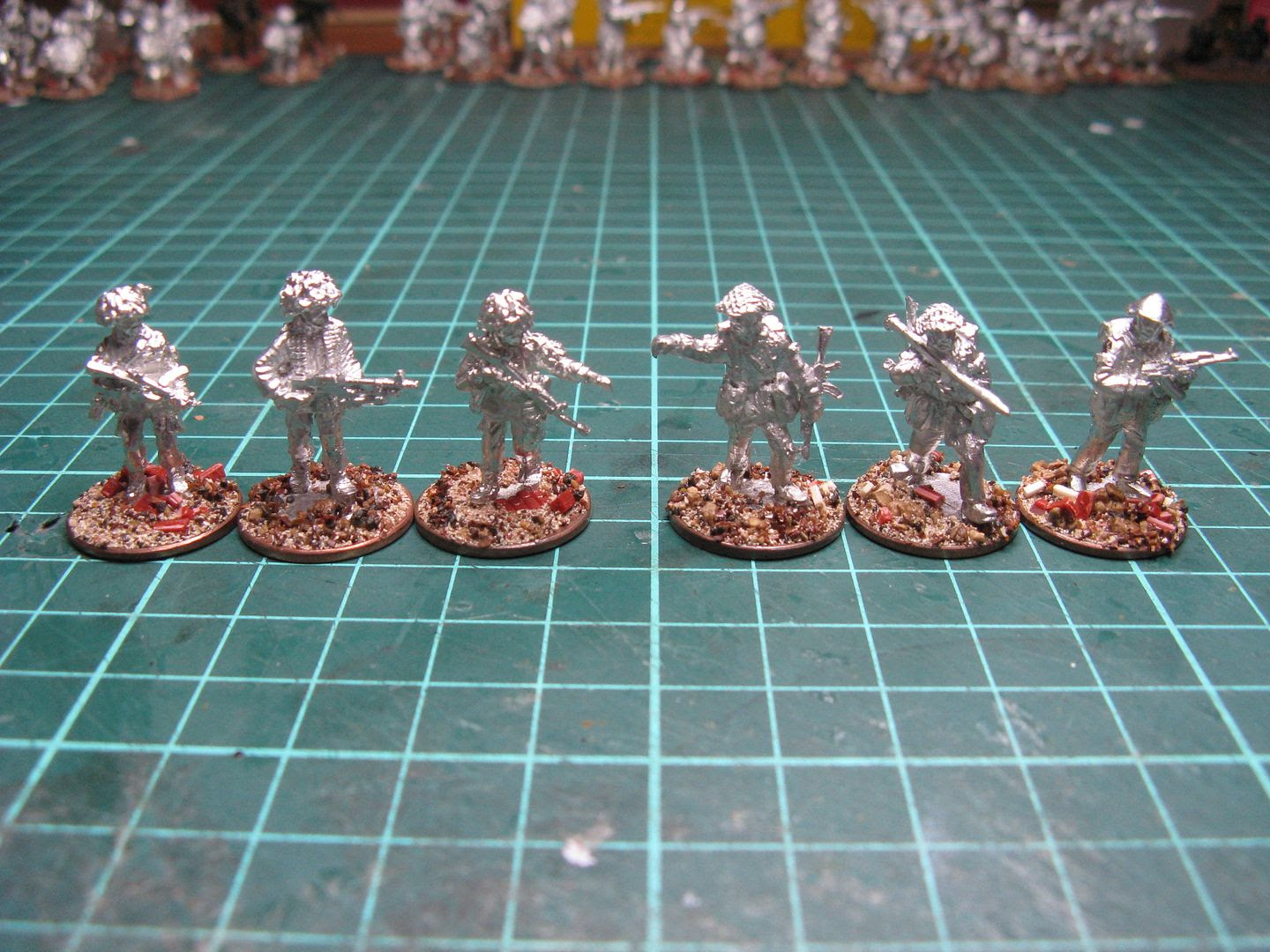 3 Brits on the left and 3 East Germans on the right.  More way off in the background.

Here's how my 40mm bases are looking at the moment: 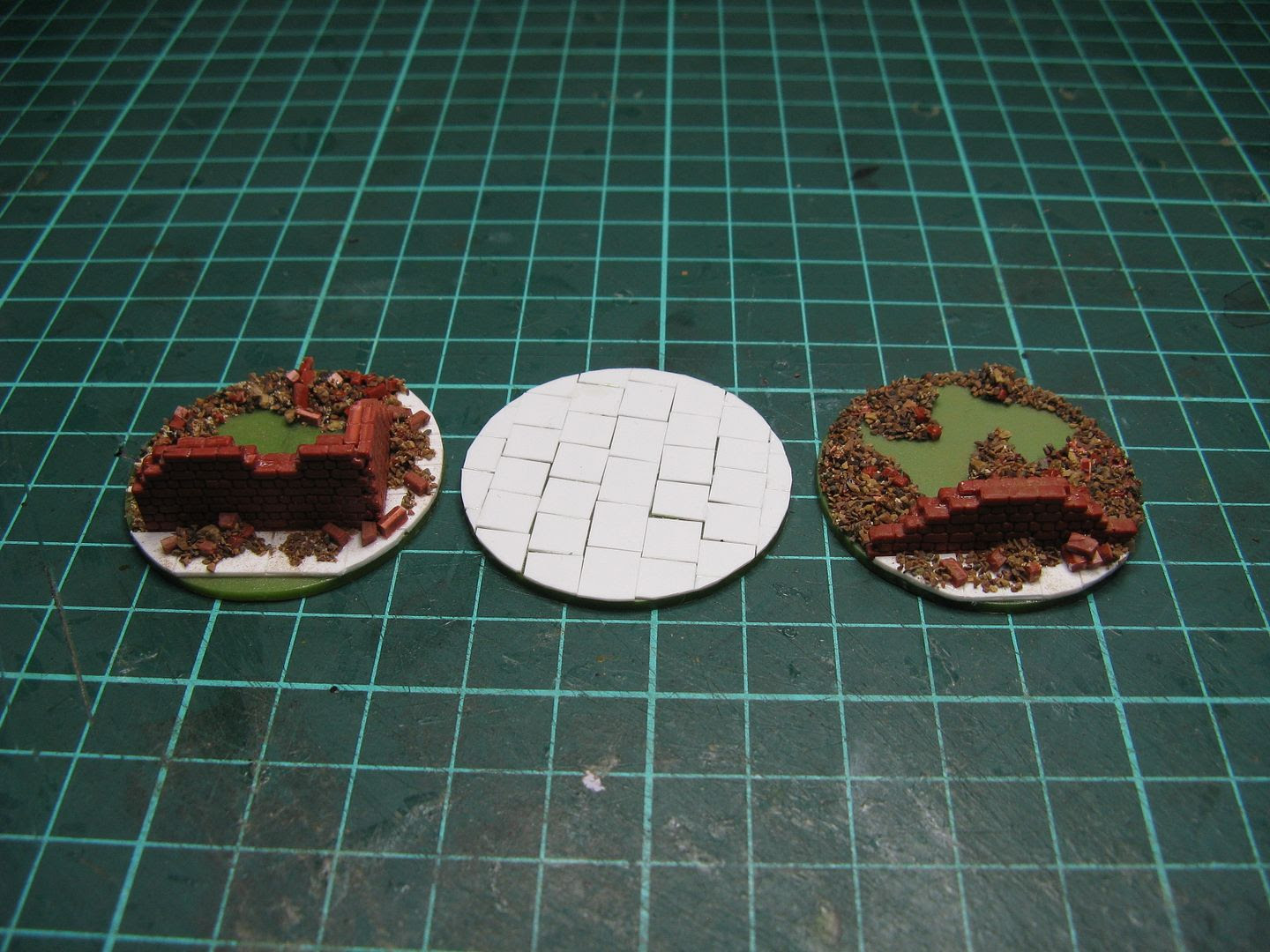 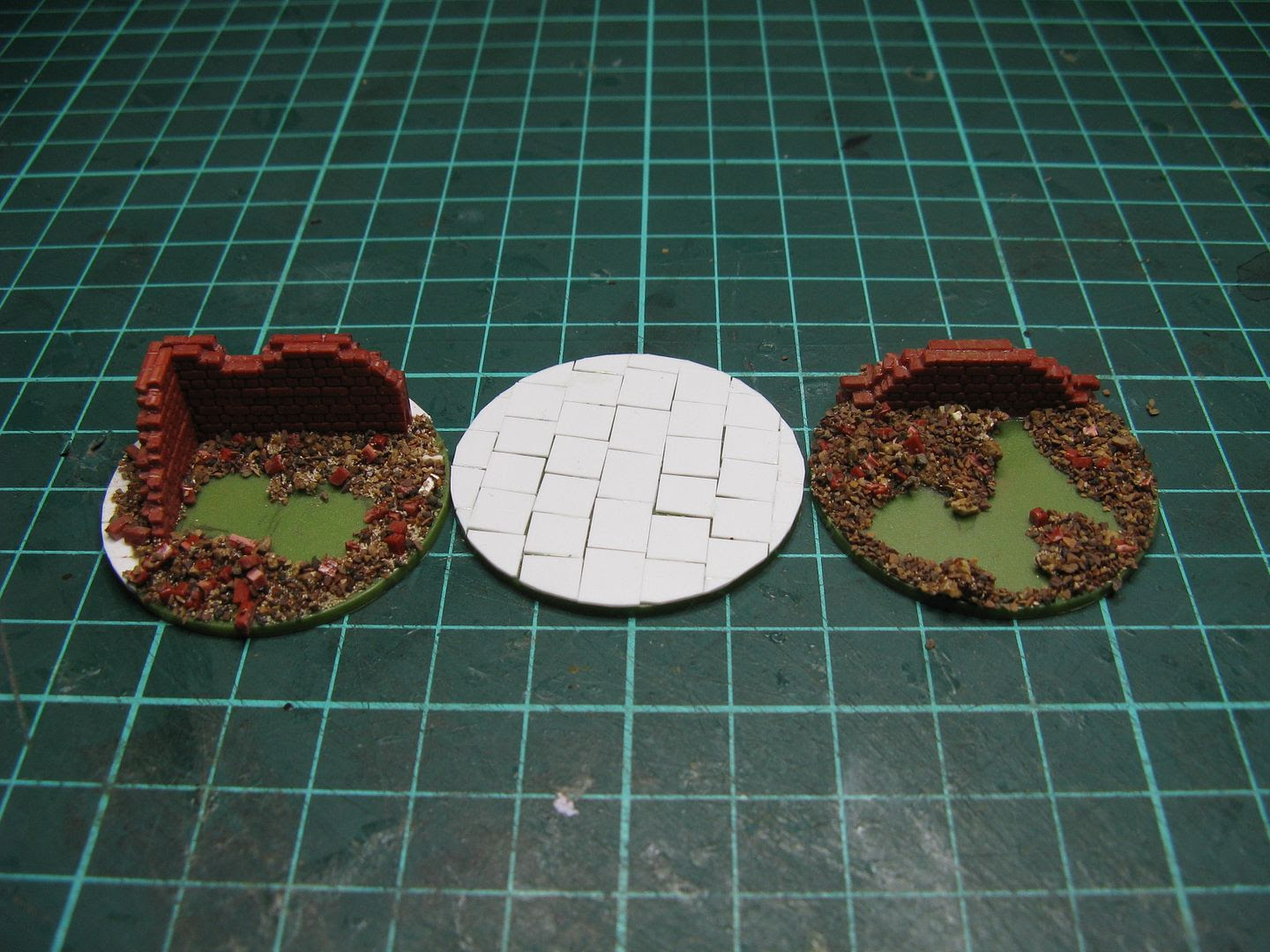 And back.  From left to right - a 2 man GMPG (bipod) position - a paved area for a mortar team - a 2 man GPMG (tripod) position.  It would have made more sense with the figures on them, but then you wouldn't see everything...  I also added the mortar to the central base: 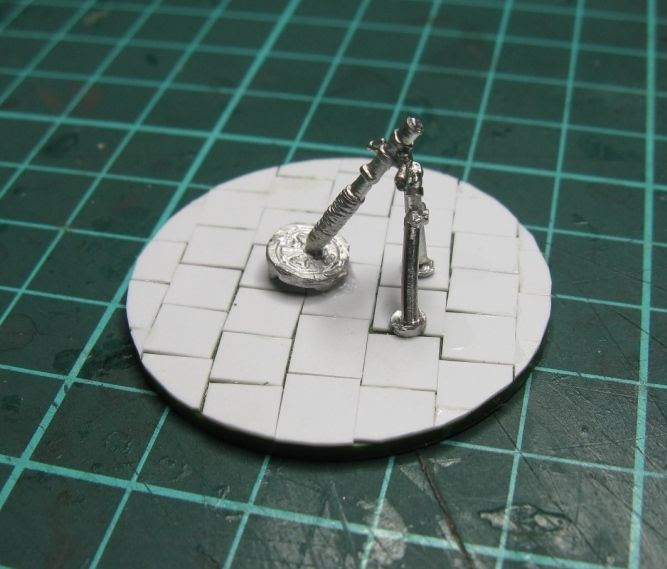 I was trolling through every last British Elhiem figure I had to find a use for them in this list, as I was coming up short in some areas, and I found I had a spare artillery man holding a 105mm round, that I thought with a bit of effort could be holding a mortar round.  I cut out the 105mm round and "sculpted" a 81mm mortar round out of plastic rod.  The round needs to be trimmed down a bit in this pic: 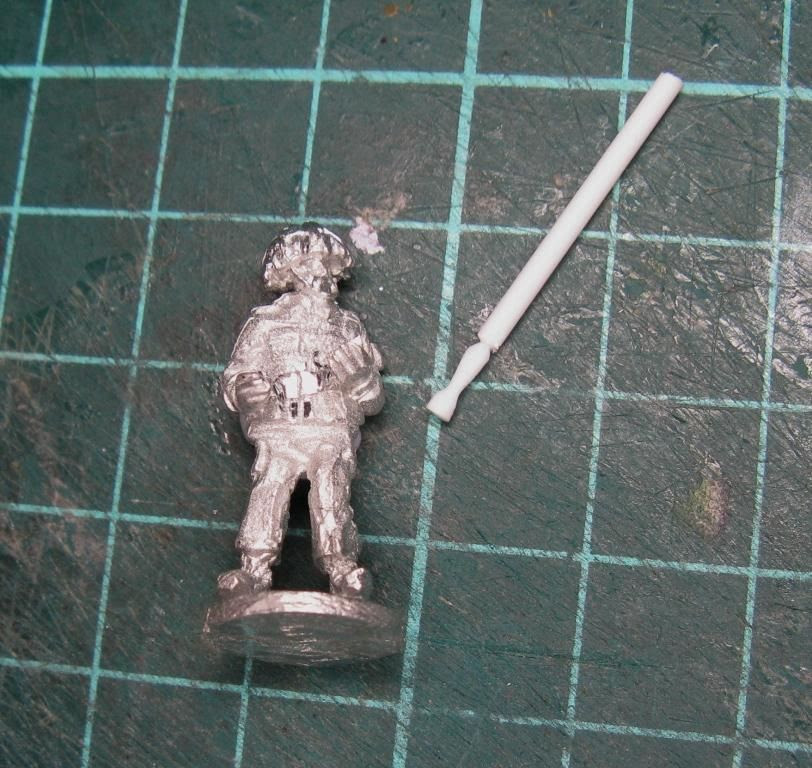 The new mortar round is a bit short for the pose - but I guess here I'm leaning to the near enough is good enough camp.  Here he is with the round glued in place: 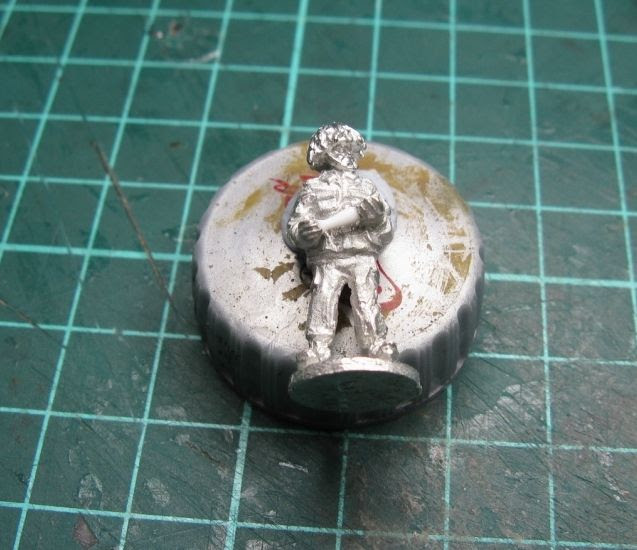 All the figures have now been sprayed black (so it means I have to paint the urban base - not such good planning) and I'm now going to do a test team before I get stuck into them.

Richard
Posted by RichardC at 8:55 PM