Scenes from the Cold War - Roads

Well, this is just mildly embarrassing.  Back in January last year (2013) I put up a work-in-progress post on some roads I had just made here.  All I had to do was paint on the white lines and the roads were good to go.

So it took me over 1 year to get around to finishing them off - and the motivator was the game shown in the last post.  I had lots to do to for that game and so the day before I selected an almost random collection of road pieces and started working on them.  Turns out I completed just enough to cover the table well for the game (not 1 peice left over) and it looked pretty damn good - in my humble opinion.

So, before moving onto the next thing, I finished off the rest of my previously cut up road peices.  This is what it looked like: 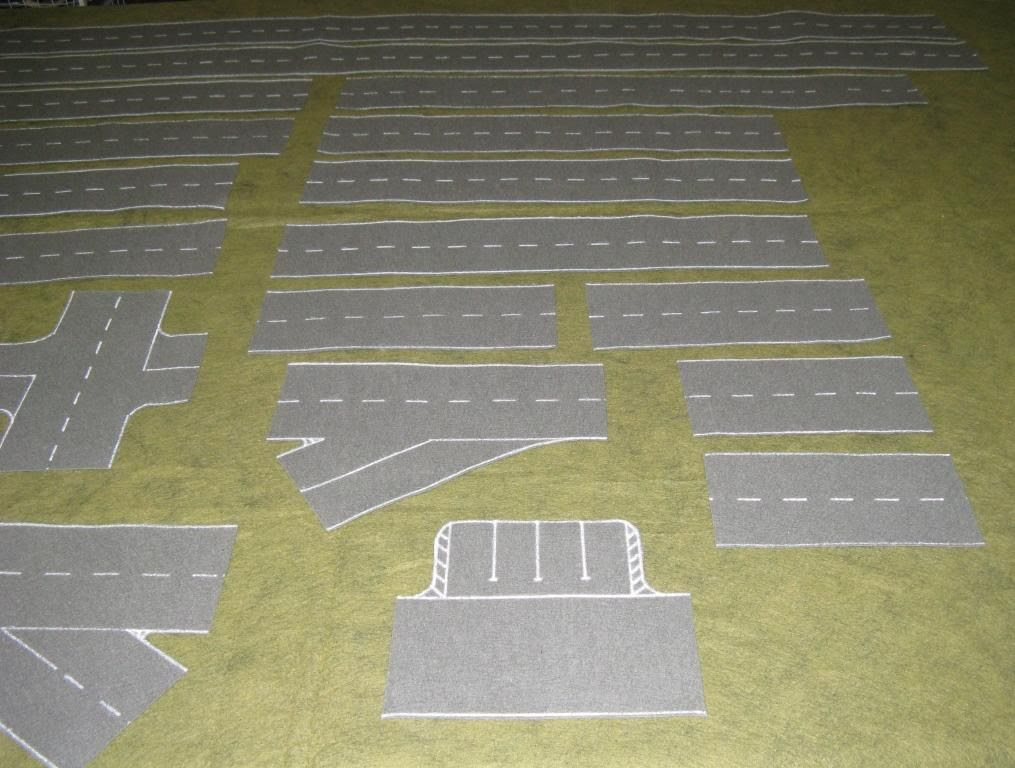 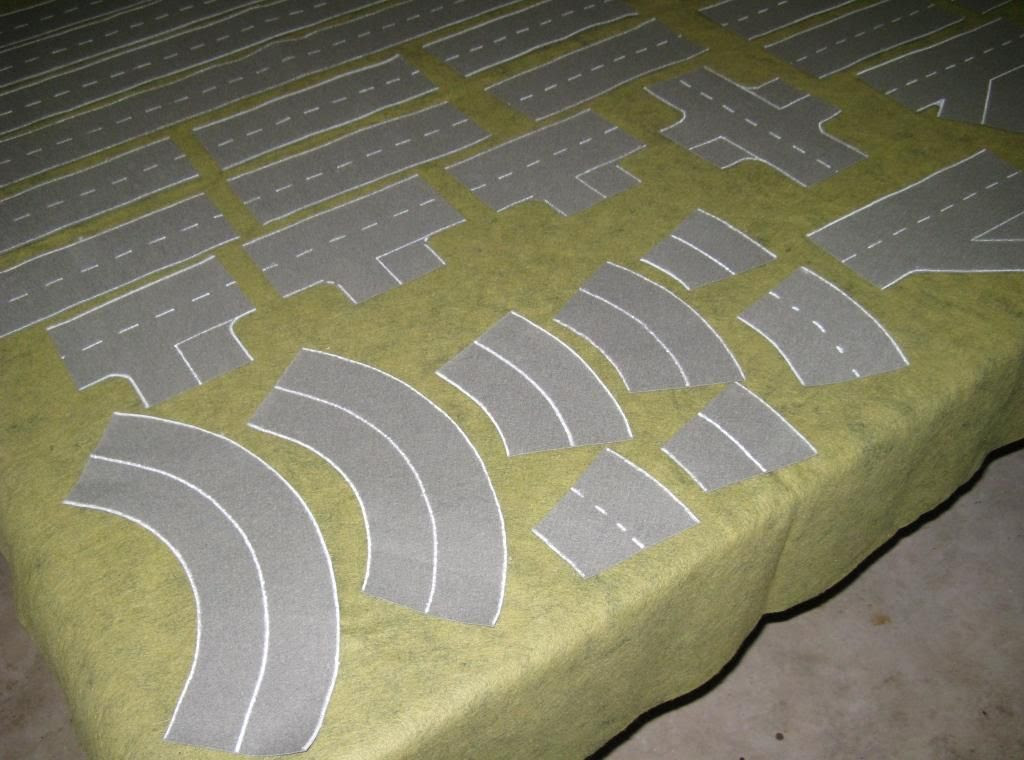 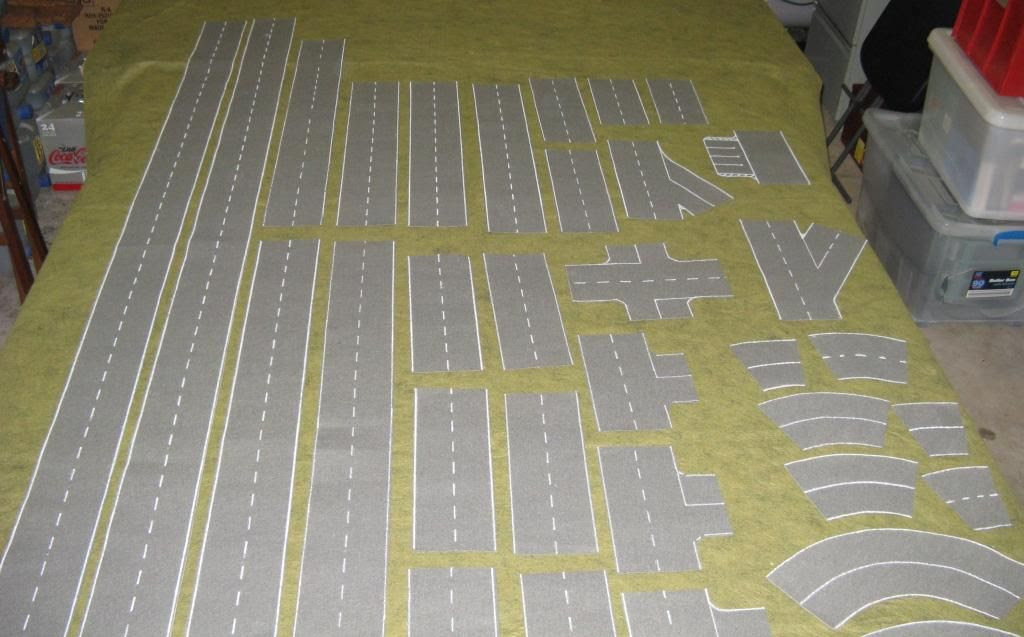 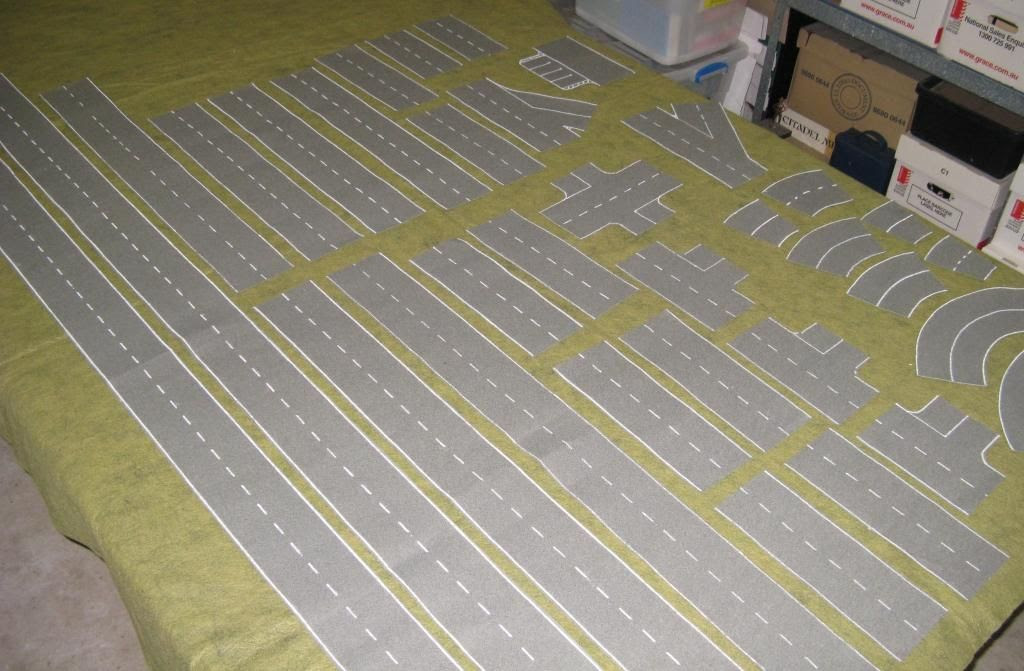 I quickly measured up just the straights and I have about 40 feet of roads - this doesn't include curves or intersections.  For a bit of fun I laid as many peices as I could out on the table: 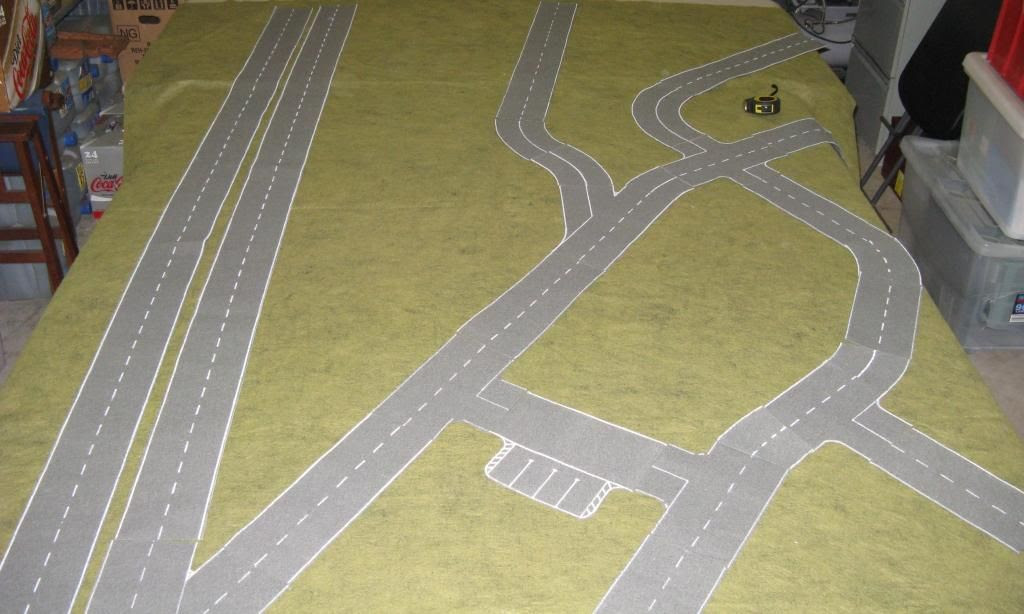 But I couldn't use them all...

So that project is kind of finished.  Kind of because I've run out of the special felt I used to make the roads and have not seen it available again since.  I'll keep my eye out for it as I think I need more intersections and different curves - but have plenty of roads to be gaming with now.