Well it's been a long time since I posted - not through lack of interest, merely a lack of time and concentrating on other things.  As much as this is a blog heavily focussed on the Cold War turning hot, my wargaming hobby is not solely focussed on that - but I don't really want to shift the focus of the blog.

My theory is that if you're following the blog, its more likely that you're doing so for the Cold War stuff, rather than my more random hobby activities - so I tend not to put much of that stuff up here.

Let me know if you think that's the right thing to do or if I should just put any old thing up here...?

A few days ago I took this picture of my desk: 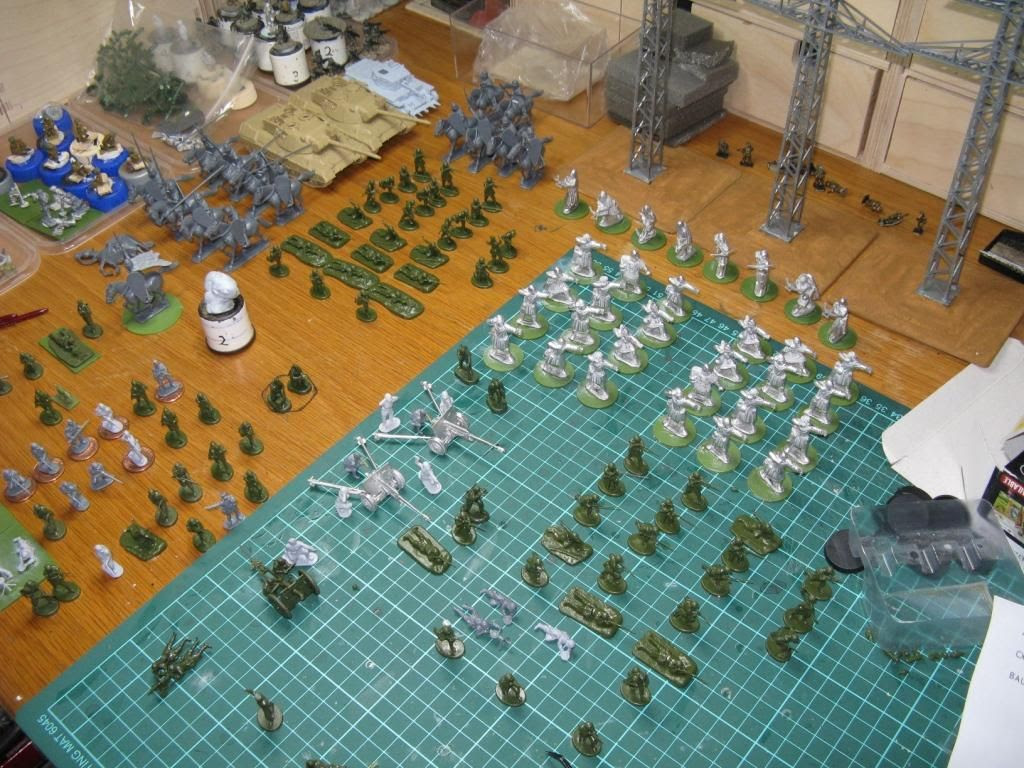 This shows a little of the broad range of projects I'm currently working on.  You should be able to find almost a full Battlegroup company of Soviet infantry, several points worth of SAGA Normans, some Cold War terrain in the making, a couple of Leopard 1A1A1s, a Cromwell, some AB British WW2 figures, some Liberation Modern US infantry etc.

Since then some more Normans have been made and even more Soviet infantry added.

So the moveable feast keeps rolling on...

Next time (which will be real soon) I'll actually have some more Cold War tewrrain finished.

Thanks for your patience