OK - first up an apology as I've actually been painting up a little bit of a storm lately - but have not posted anything for a while. Partly this is because it feel like anytime I post a Work-In-Progress online it is the kiss of death for me managing to complete a project on time! So I wimped out - reported nothing - and basically finished a project!

I already had 2 painted Warriors that I had bought off a friend, along with some finished FV432 from previous work I had done. So to create a reduced company plus some other support assets I needed to complete 8 more Warriors, a FV432M and to convert a couple of the Britannia FV432M mortar teams into slightly more modern looking mortar teams.

Here is the result: 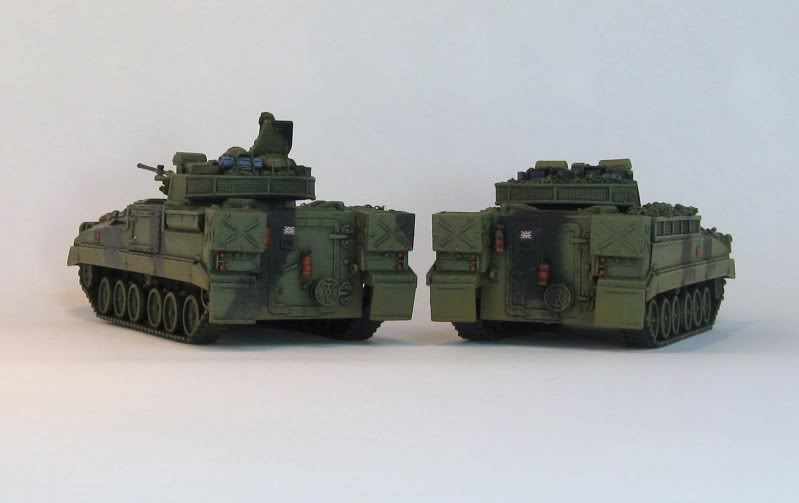 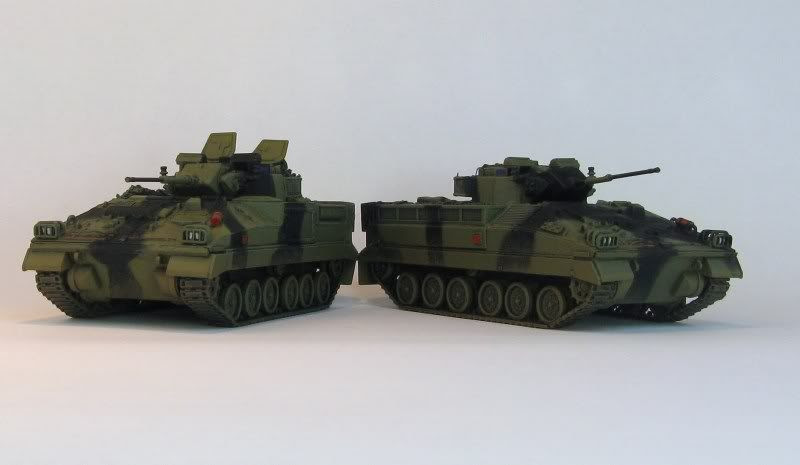 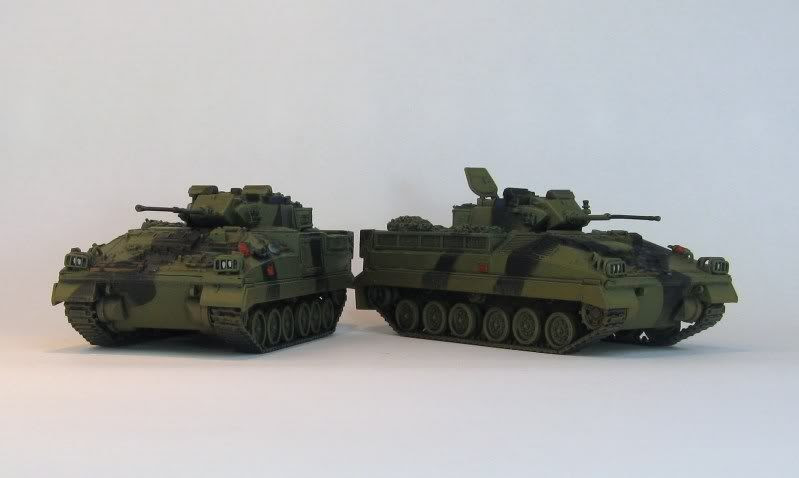 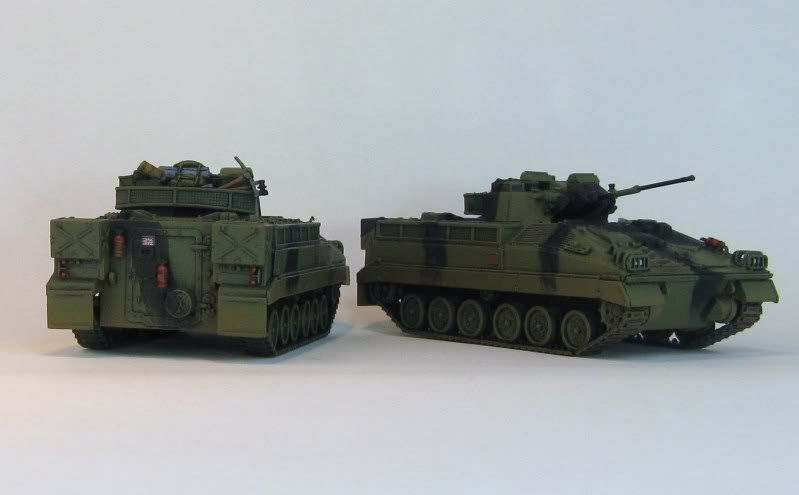 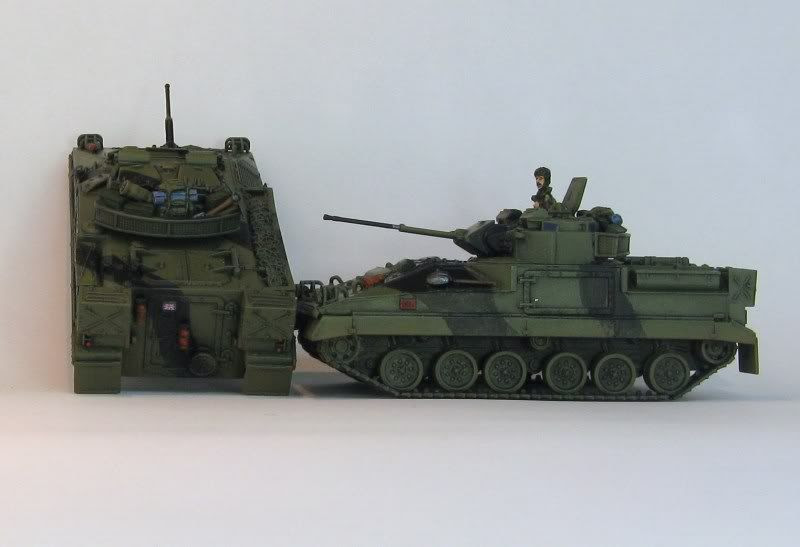 You'll note the lack of decals apart from the very small union jacks - well - I'll be sorting that soonish I hope. 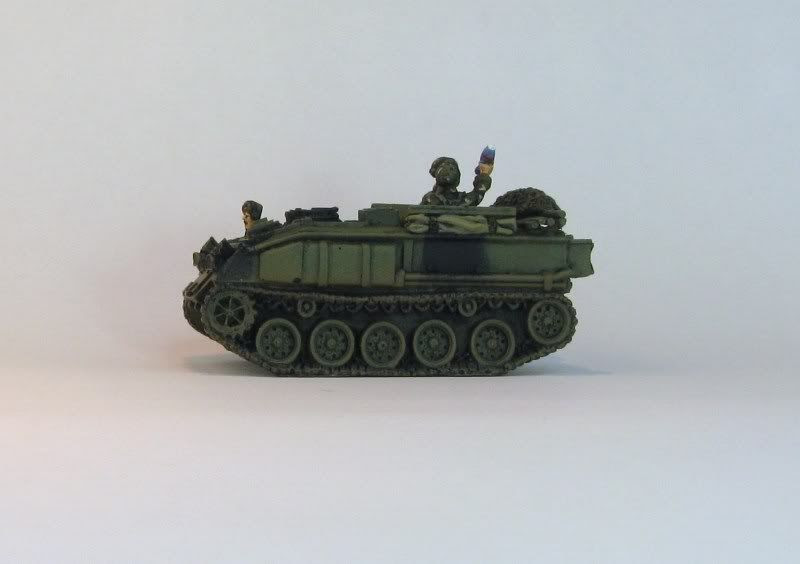 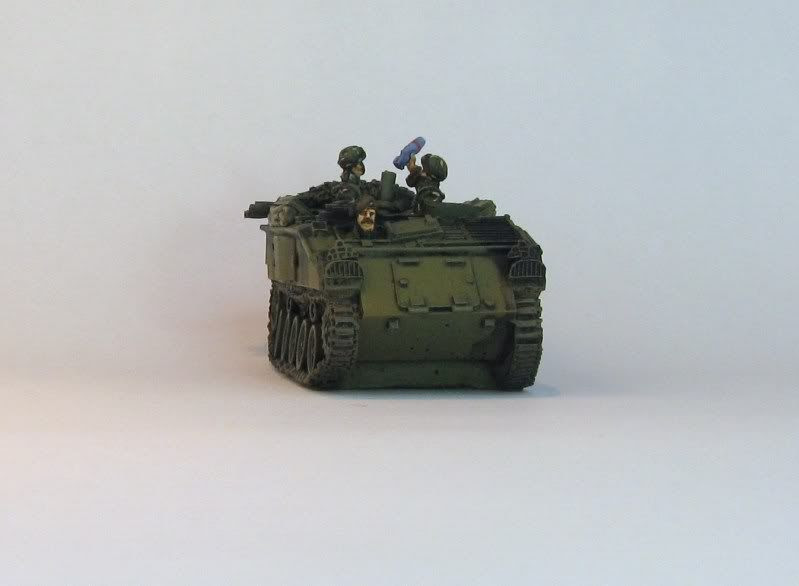 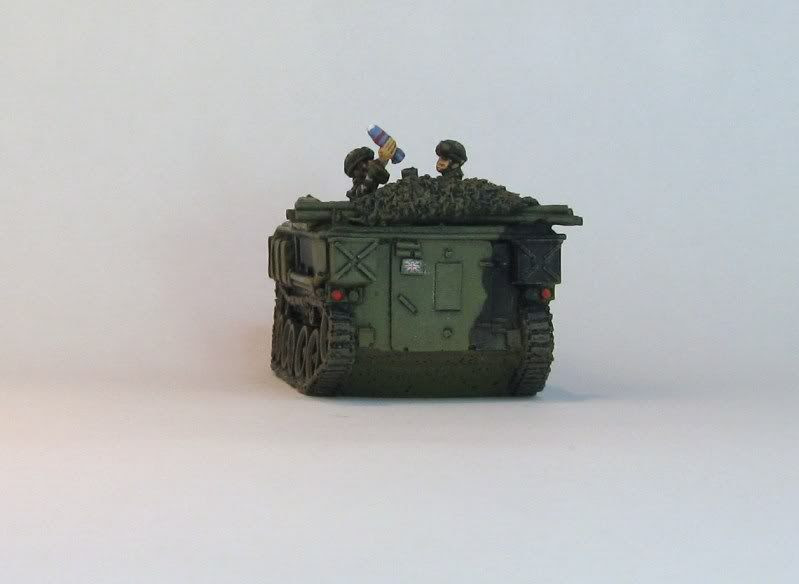 This pic proves I actually made two of these! 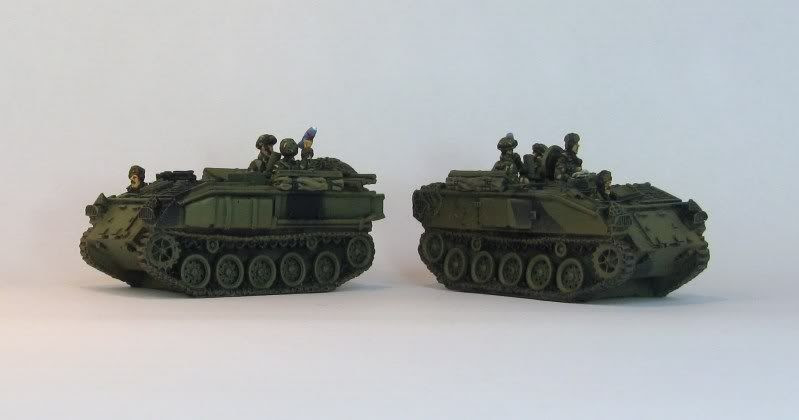 Here are the mortar teams on their sabots: 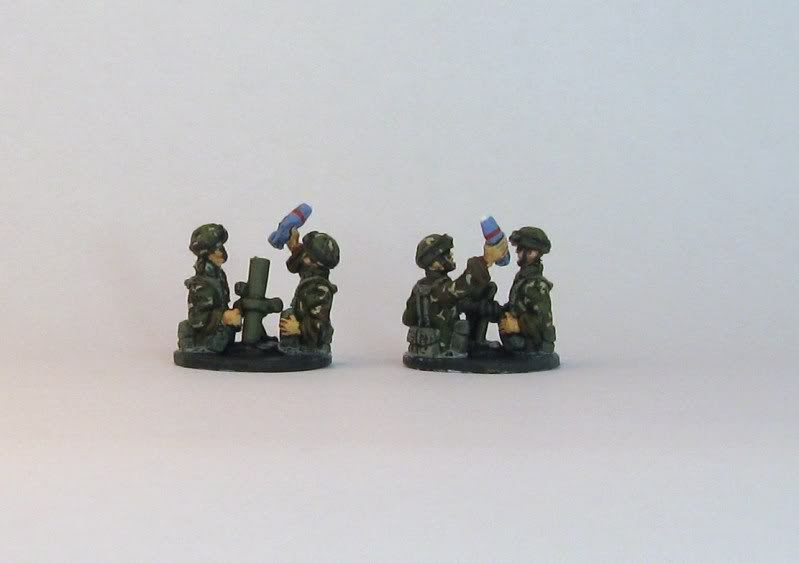 And just for comparison - the original Britannia teams and my very simple conversions:

Tomorrow - the battle group as a whole...

Richard
Posted by RichardC at 1:47 PM