Well we managed to totally complete a game for once yesterday, and it was quite a close game.

The scenario was something like this. Some time during a cold war turned hot in the 1980s, Soviet Paratroopers have taken "A Small Airfield in Germany" (hence the name) and are attempting to consolidate their "airhead". NATO, in this case, AFVs and troops from the British Army on the Rhine are attempting to crush the airhead.

Each side has reserves and some artillery off-board.

Deployment
On one edge of the airfield a mechanised VDV platoon have debussed from their BMD-1Ps and have dug-in, awaiting the expected NATO counter-attack. They are supported by two BRDM-2s, and two ATGM teams (who are hiding in ambush).

The Soviet end of the table looks like this: 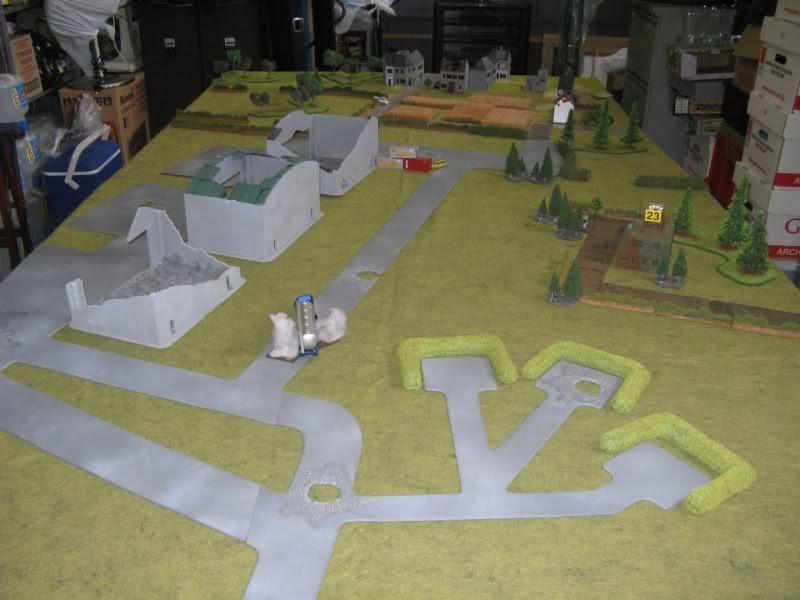 NATO is appraoching from this end of the table: 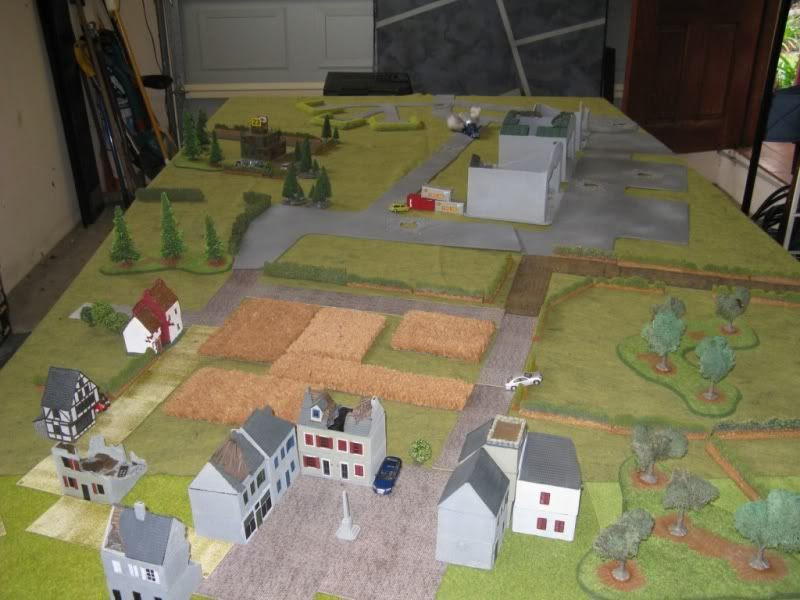 A few close ups starting from the PACT end of the table: 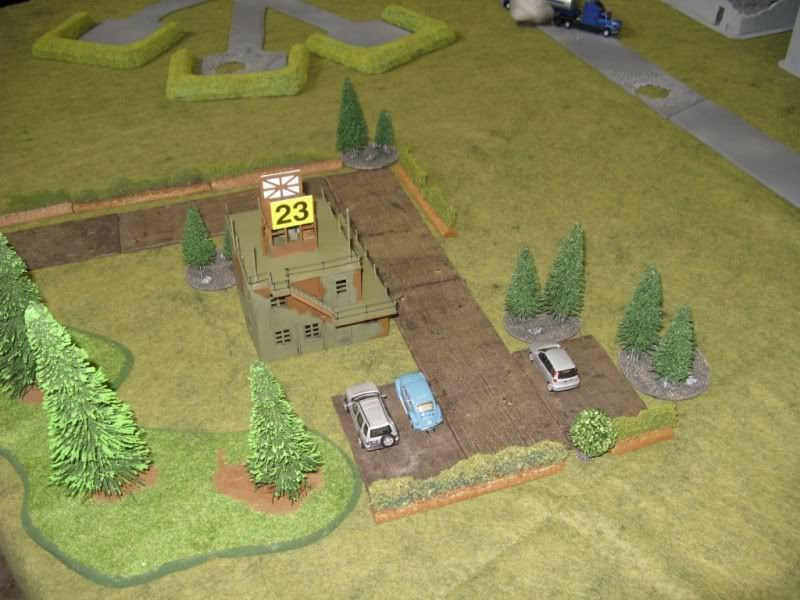 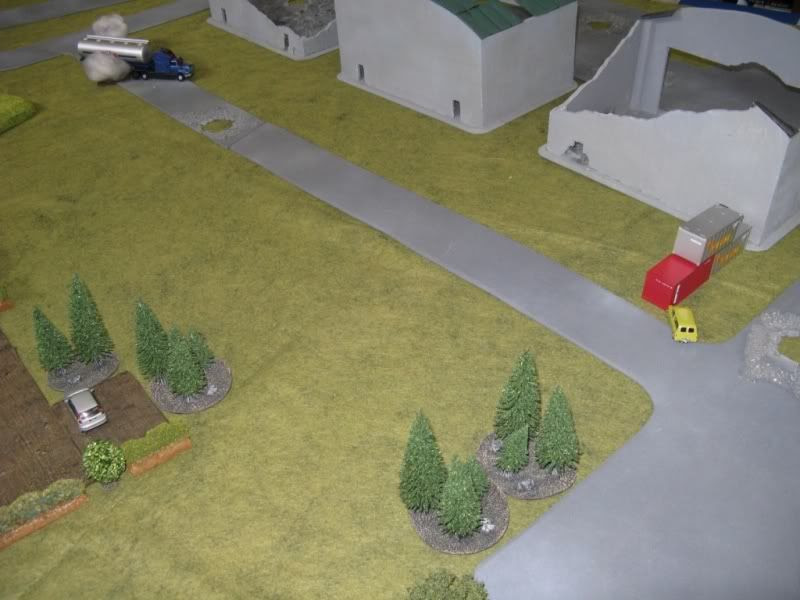 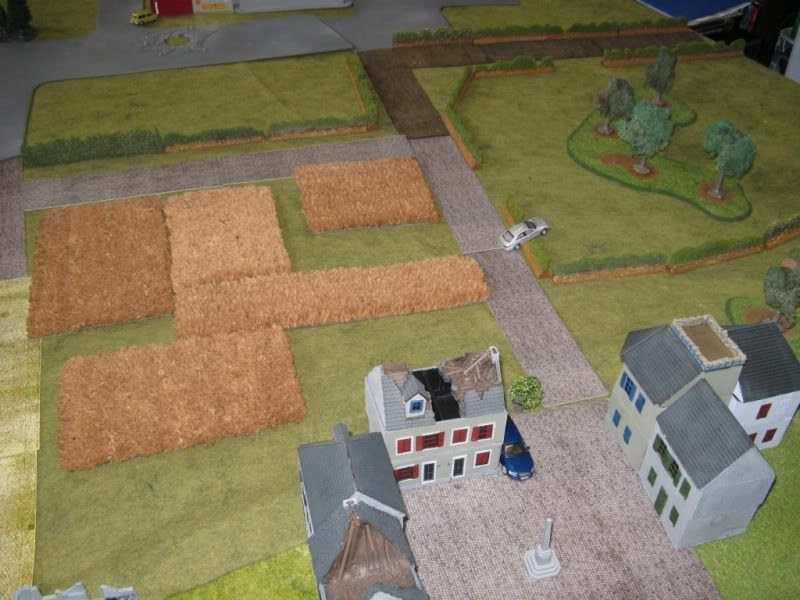 NATO photo reconnaissance spots the deployment of most of the VDV: 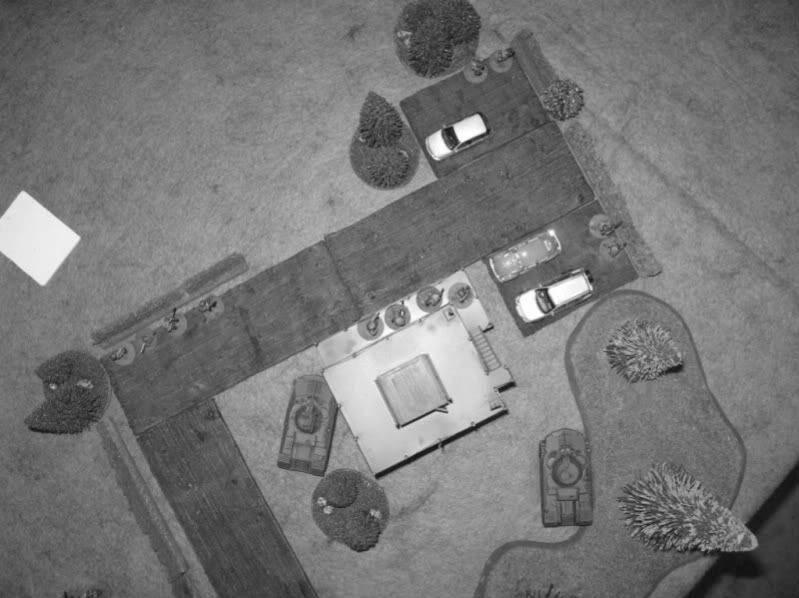 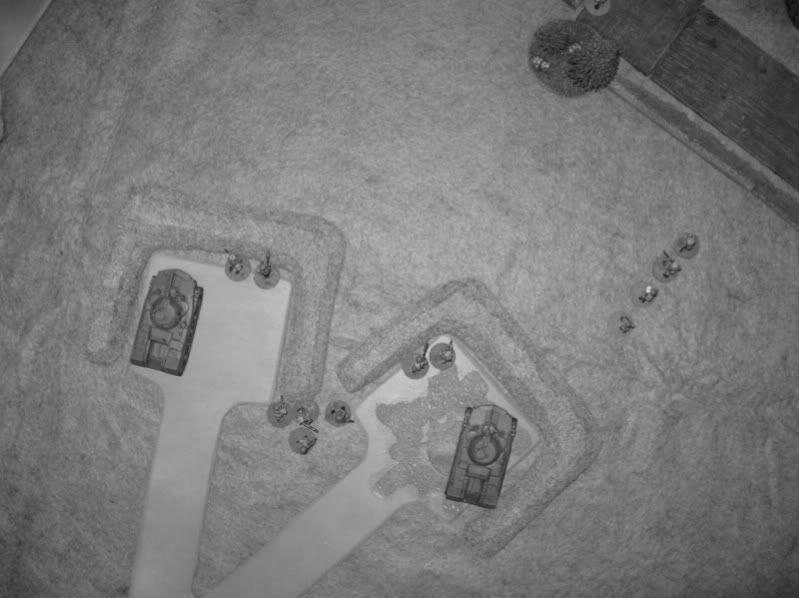 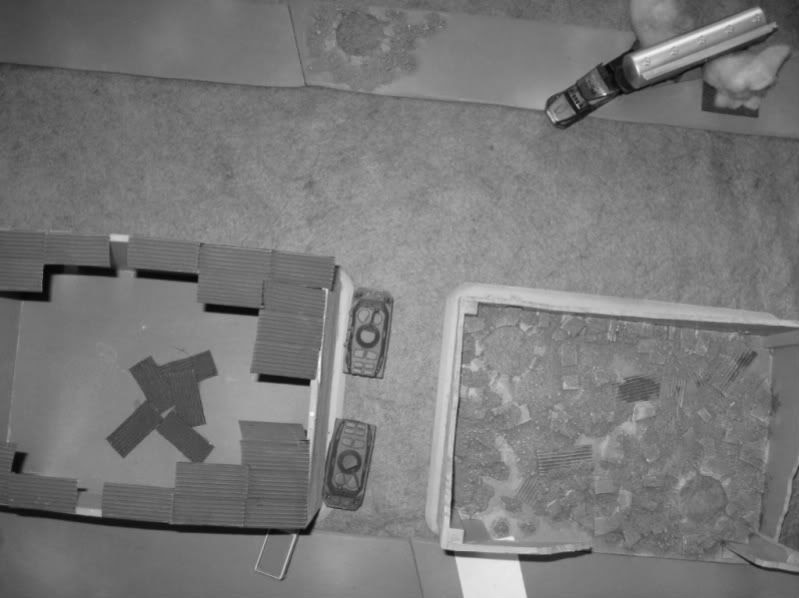 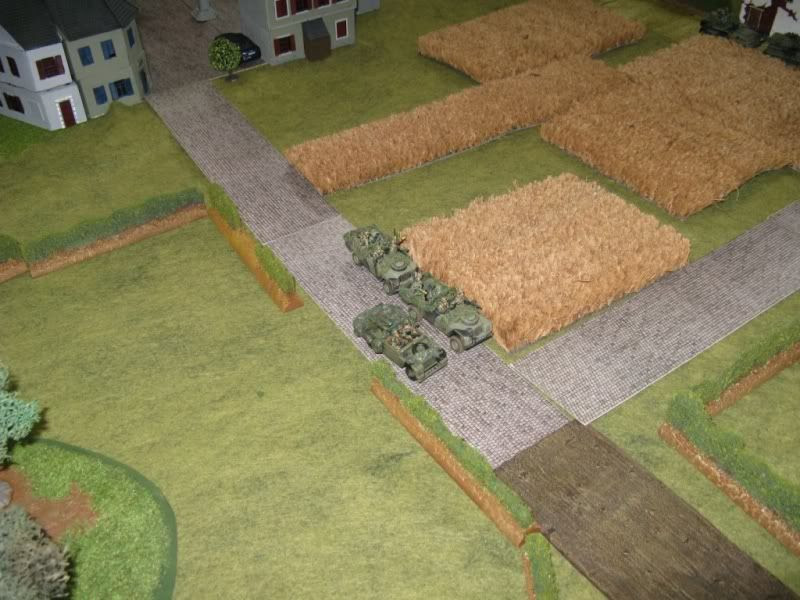 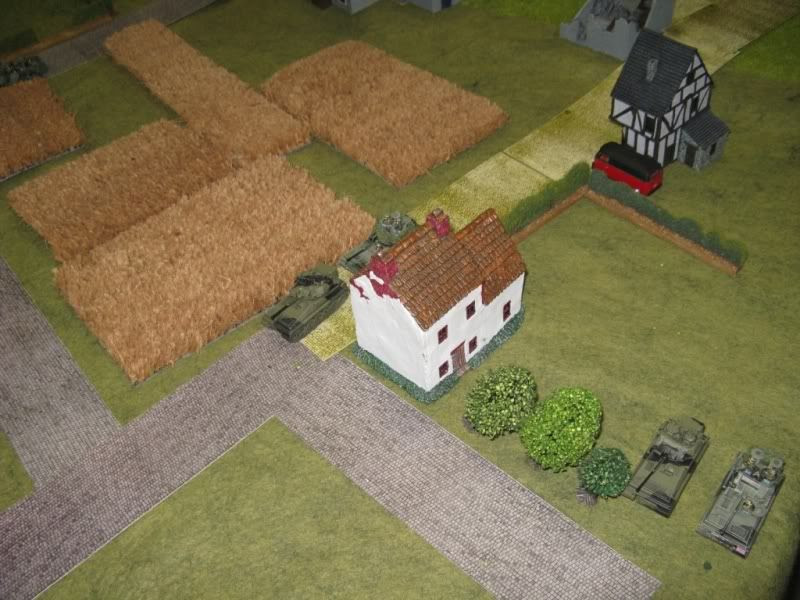 Richard
Posted by RichardC at 7:01 PM