Time for the next update - and this time something a little more shooty! Having a Gazelle in a wargame is all well and good - but what can it shoot! Everyone wants a proper anti-tank helicopter, and so did I. What I really wanted was a couple of Lynx AH.1 helos armed with 8 TOW missiles.

This one seriously cool helo, which you can find out a little more about here
Suffice to say its very, very, very fast and incredibly manoeuvrable - I beleive it was one of the first helicopter that could perform complete loops and rolls.

- is armed with 6 HOT missiles for some reason (I think they might have trialed this, but it never went into service). So I decided not to get this one...

I soon discovered that Corgi did a diecast version - 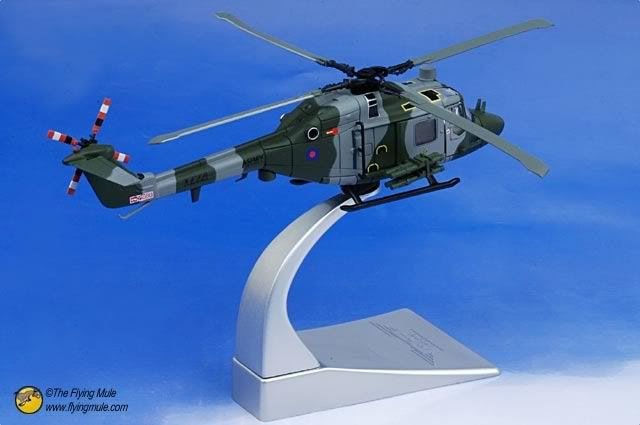 - that is absolutely beautiful, but comes with a awe inspiring price tag as well - I'll let you discover that for yourself. Again. not for me...

Then, trawling from ebay I discovered a Polish company - Plastyk - makes a few variants of the Lynx, including this one - 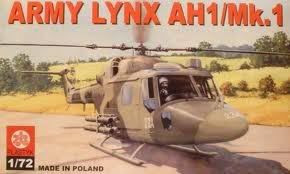 - at it was available on ebay for what I thought was a very reasonable price, so I thought, why not? - and grabbed one to see what it was like.

Well what can I say about this kit. Well before I say anything bad, I will say that it wasn't bad enough to stop me buying another one - so I have two Lynx AH.1. I think you end up with a pretty reasonable model of the Lynx that will certainly stand up to wargaming. It's solid, nice and chunky and is unlikely to break if you accidently knock it over on the table. There are basically no fiddily little parts and it goes together reasonably well. I don't consider myself to be a super model maker - and I coped with it without to many problems.

On the other hand - it ain't a German Revell or even British Airfix kit. At times, such as when you have to attach the tail boom to the main cabin - get ready to do a bit of carving. The small windows below the cockpit did not fit that well and you really could not do any interior, if you wanted to. I didn't so that was not a concern for me.

My major problem though was with the TOW missile launcher and how they attached to the main body of the helo. Obviously Plastyk make this basic kit, and then add bits and peices to it in the box, plus new instructions, to make different variations. This means that the basic kit doesn't necessarily have the fittings for different attachments. Nor are the instructions what I would call excellent (although better than ACE) so when I went to attach the TOW launchers I had to use my imagination, and a drill. The first time I did this, I thought I was putting them in the right place, and then spent a few days convincing myself that it was OK - but when I made the second kit I moved them further down the back of the cabin and I am much happier. I still have no real idea where the launchers are to go exactly - but I can live with them.

The final problem was the decals. The decals were quite thick and had enormous clear surrounds. I tried to cut them into shape and it worked to some degree, but on the roundels in particular, it wasn't the greatest result.

So onto the pictures (please forgive their crappiness) 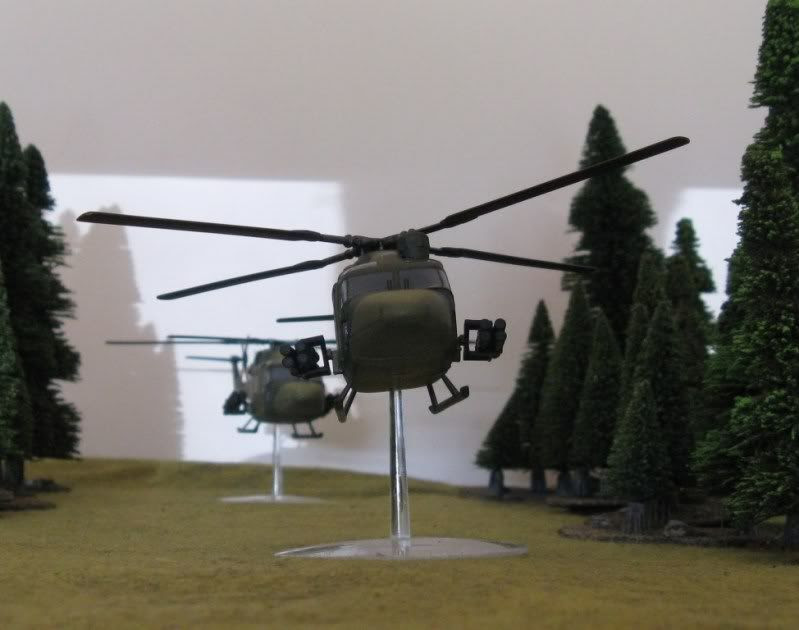 The first kit (with the launchers in the wrong place): 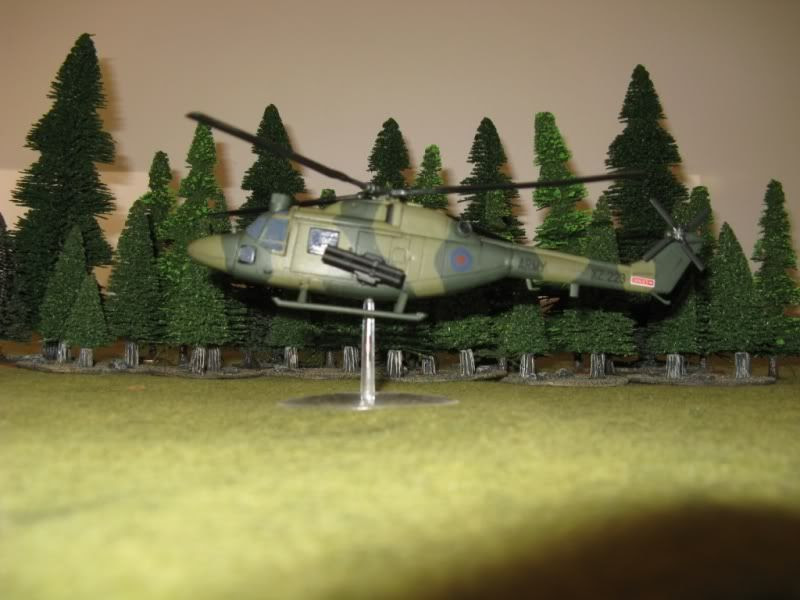 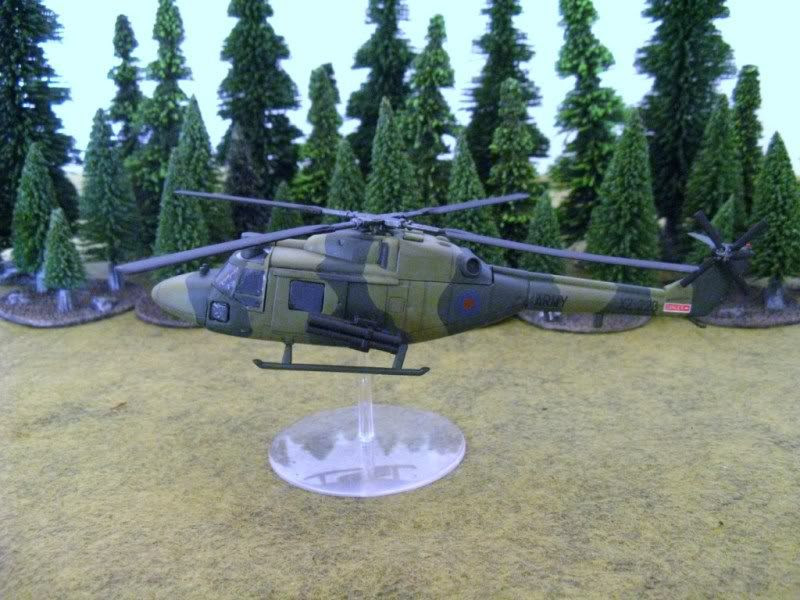 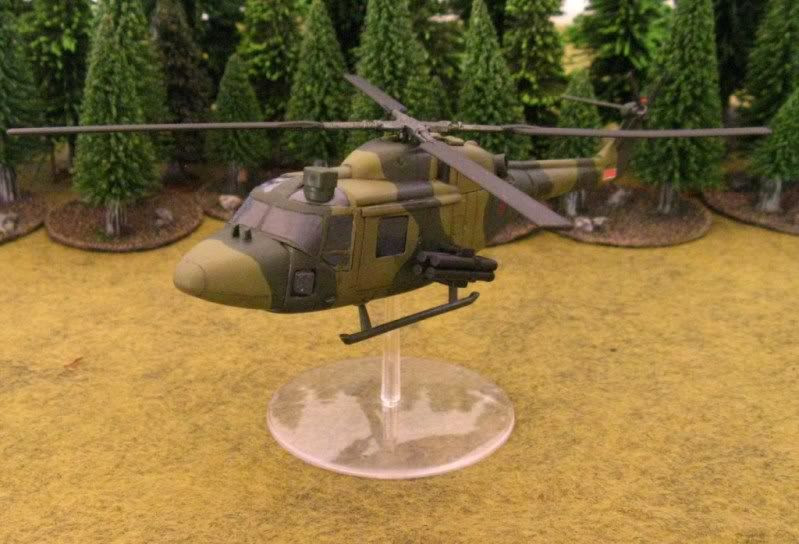 Here they are back in formation: 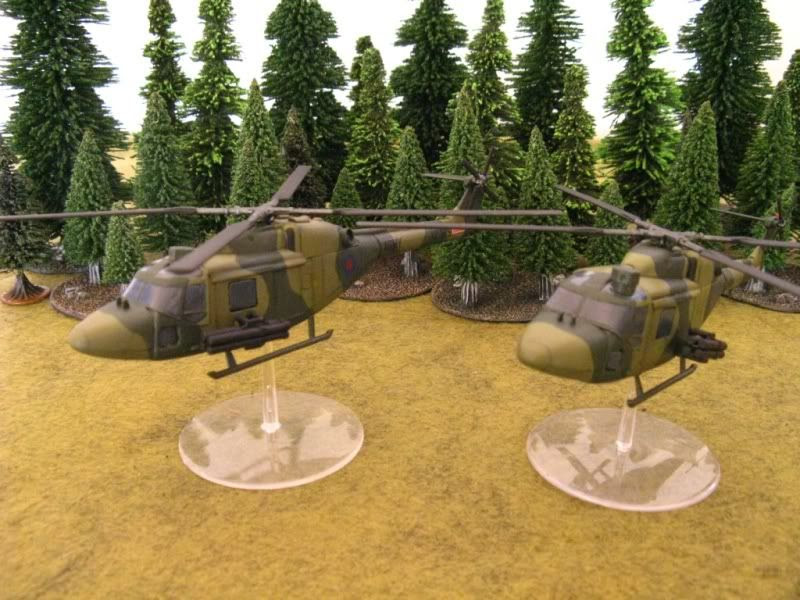 And finally a couple shots of all three in formation: 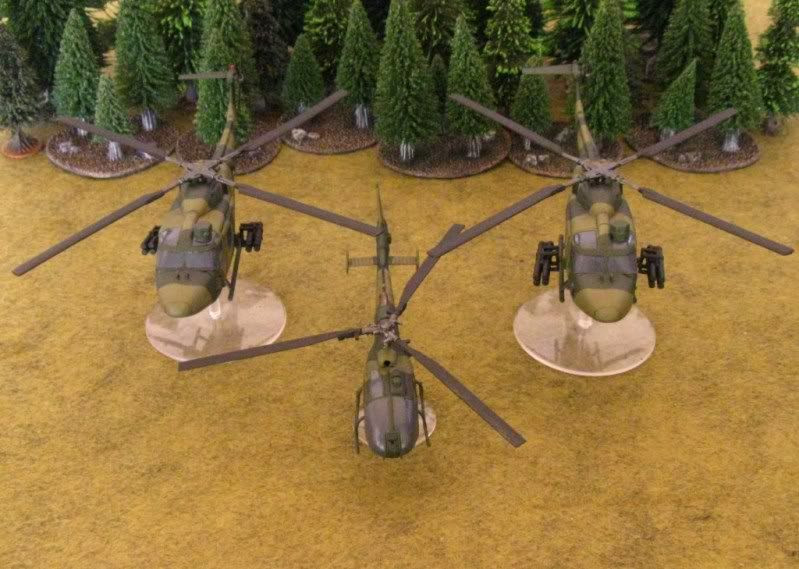 That's about it for now

Richard
Posted by RichardC at 2:50 PM